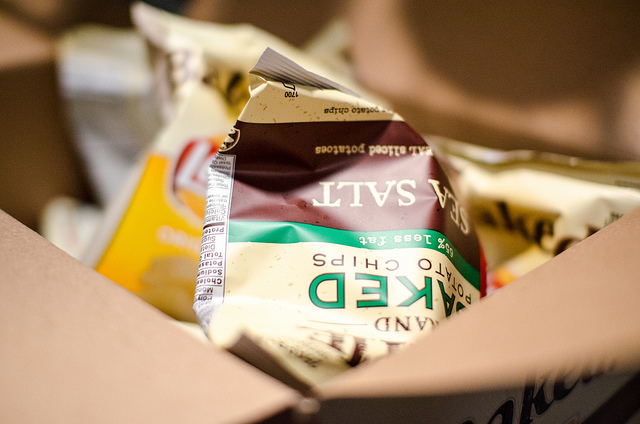 From Academic to Assembly Line Worker: My Life of Precarity in Middle America

What does failure smell like? To me, it reeks of rotten potatoes.

After 20 years of trying, unsuccessfully, to piece together a living from adjunct teaching and freelance writing, last summer I took a job at Saratoga Potato Chips LLC, boxing chips at their Indiana factory.

My first morning on the job, I knocked over an entire pallet of boxes stacked nine feet high. Later, on the multipack assembly line, I scrambled to keep up like a panicky Lucy Ricardo at the candy factory.

Finally, I was sentenced to chip inspection. I was led to the line with no instruction, so I made up my own rules. I decided that if I wouldn’t want to eat the chip myself, it would go into the trash.

The chip inspection room, with its three fryers, was probably close to 100 degrees. But even in the heat, we were not allowed water at our stations. Occasionally there would be a five-gallon Igloo cooler with blessedly cold water. But the cooler was rarely refilled. As I gazed at it longingly, it seemed to mock me with false promises.

Located in the Rust Belt city of Fort Wayne, the factory seemed like another country. Managers and fellow employees assumed that Spanish was my first language because of my skin and hair. The Puerto Rican half of me was showing, giving me a chance to practice my limited Spanish.

None of this was supposed to happen. Growing up in Indiana, I had always heard, “If you want a decent job, you’ll have to go to college.”

My mother, who had dropped out of school, had suggested I become a teacher. But terrible experiences in middle school and high school made me never want to go back, not even as an authority figure.

I had an alternate plan: I’d go to beauty school, graduate, do hair, save my money, go to college, major in business and start my own salon. But in beauty school, I discovered I was allergic to permanent wave solution. The director of the school said that even the fumes might cause me to break out. So I quit. I think if I had to do it all over again, I’d just put some gloves on and stick it out.

I eventually did go to college, majoring in English. When I graduated in 1992, I started a career in journalism, working at a small-town newspaper in Huntington, Indiana. I wrote two feature stories a week, took photographs and informed readers of births and weddings. After three years, I figured I was ready for the big time and applied to one of the two papers in Fort Wayne. But I wasn’t hired, and I didn’t have the money to move away in search of other work. My writing career stagnated, consisting for years of freelance writing and part-time work for the local weekly entertainment journal.

In 2006, I got part-time work at the local community college, first doing note-taking, then teaching as an adjunct instructor. I’ve taught there off and on ever since.

My column at the Fort Wayne Reader, “Buenos Diaz,” has made me a Grade Z local celebrity. People seem to enjoy reading it, so that’s a kind of success. But it’s looking right now like the Reader might fold, which would mean the loss of another local paper and another source of income for me.

In 2014, I went back to graduate school for a master’s degree in writing studies. But after graduating in May 2017, I was still unable to find a full-time teaching position.

After attempting to scrape by on adjunct teaching and retail jobs, I finally returned to the world of temp agencies. Last June, I was in-between teaching gigs, and I needed to find more work fast.

This is a common predicament. Reeling from state budget cuts and propping up top-heavy administrations, universities have turned increasingly to the cheap teaching labor provided by non-tenure track faculty. More than half of college faculty today are adjuncts, but the jobs are notoriously precarious and low-paying—a 2014 survey eventually found that the median income is just $22,000 a year.

The trend towards low-wage, insecure jobs has been proceeding in blue-collar and service industries for decades. Many are surprised to see it now afflicting the bearers of advanced degrees; adjuncts have been called the “fast-food workers of the academic world.” But I’d point out that in order to make ends meet, some adjuncts may actually find themselves pulling shifts as actual fast-food workers—or fried-food inspectors, in my case.

Sorting through chips for $9 an hour, I made just a dollar more per hour than when I started at my first newspaper job more than 20 years ago.

There was also considerable loneliness in my new world of potato chips. My station isolated me from everyone else. If I was desperate for water or to use the bathroom, I had to wait until the fryer operator was in sight and wave him down.

“Necessito agua” or “Voy ir al baño, I would say with a smile.

For about three of the weeks I was working in the factory, my car was out of commission. It needed $700 in repairs, money I had to save up while I worked. That meant I had to spend another $300 on Uber rides just to get to and from work. I felt too bad asking my friends to shuttle me there at 6 a.m. It just added to my feelings of failure.

Each day after work, I considered drinking or doing drugs to escape it all, but I didn’t. All I could think about was going home and taking a shower, grabbing some chocolate and a glass of ice water, and laying on my bed with a portable fan running full blast at me while I watched YouTube.

In mid-July, I got a small reprieve. I had a successful interview at the University of Saint Francis in Fort Wayne, my alma mater. As an adjunct professor, I make about $800 a month teaching at the university and another $400 at the community college—hardly enough to get by, but more than I made inspecting snack food. I quit the factory in August.

This wasn’t the life I had envisioned for myself: part blue-collar worker, part professional, unable to fit in fully in either realm. I wonder if a piecemeal living of part-time work, no benefits and looming student loans is as good as it will get. Sometimes I feel fraudulent. My master’s degree sits on a bookshelf with clutter on top. I am proud and ashamed at the same time.

Now that I’m back in the classroom, I’m honest with my students—perhaps too honest. I tell students that I have to teach classes at other schools, I tell them about the factory jobs I’ve had, how I drive for Uber and Lyft, and how I often work seven days a week but still barely scrape by.

I still believe in the value of education as its own end. I get great satisfaction from helping
students get through an assignment that they thought they couldn’t tackle. But anyone still selling an advanced degree as the path to prosperity should seriously rethink this view—maybe while spending the summer inspecting potato chips.

(Editor’s note: In response to queries from In These Times about working conditions described in this piece, Saratoga Chip Company CEO Peter Margie said that drinking water is not allowed near the chips “in accordance with good manufacturing practices and food safety requirements.” He also said that the company “has had previous unscrupulous employees that stole chips on a large scale” and that company policy permits staff to take home two bags of chips per week.) 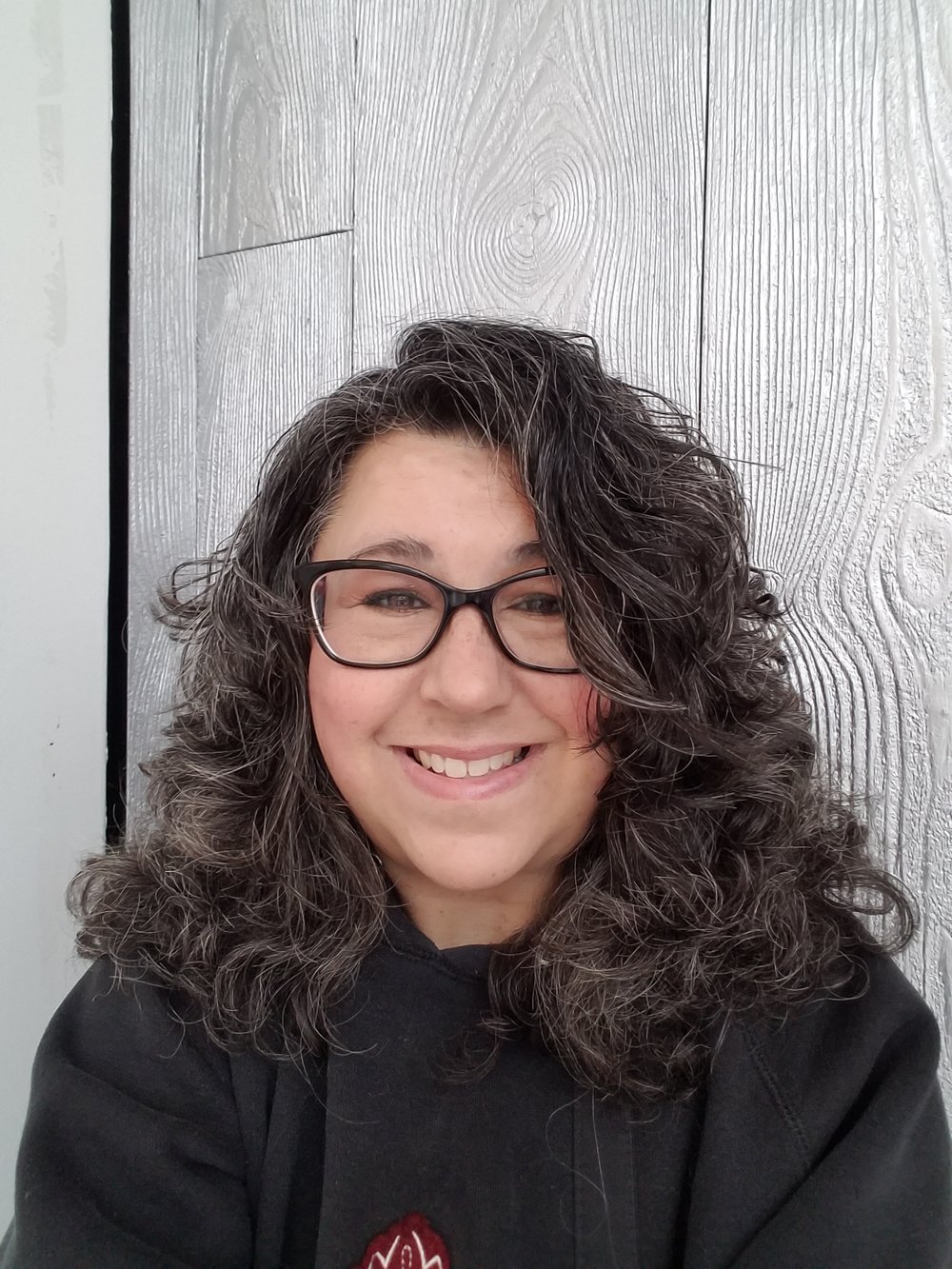