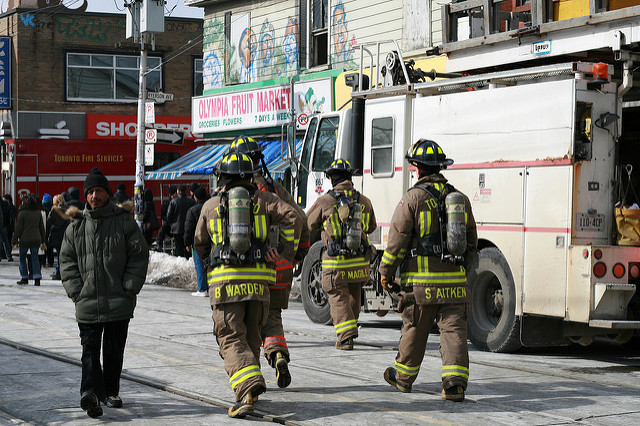 Lt. David Lincoln, an experienced paramedic at the Brevard County Fire Department in Titusville, Fla., makes about $60,000 a year for a 56-hour workweek, but he still moonlights at an urgent care center for another 19 hours a week to survive. Without the second job, “I’d be living paycheck to paycheck,” said Lincoln, 43, who fretted that he “crams in” time to play with his 7-year-old daughter because of his busy schedule. Lincoln reminisced that when he grew up, “the American Dream was that you worked 40 hours a week and you come home and you spend time with the kids and you have your weekends.”

Some Democrats — especially those nursing presidential ambitions — tout big plans to improve the lives of struggling Americans such as Lincoln. Sen. Kamala D. Harris (D-Calif.), for instance, recently introduced the “LIFT the Middle Class Act,” which would give families earning less than $100,000 a year a monthly $500 payment. Single people making $50,000 a year or less could qualify for up to $250 (eligible taxpayers could opt to take the windfall as an annual lump sum). A de facto universal basic income plan deserves praise, but given Republican control of the Senate and the White House, it amounts to political theater.

A more modest but achievable proposal, what I call the American Heroes Tax Credit, might attract bipartisan support and prove politically perilous to oppose. Let’s give firefighters, EMTs, law enforcement personnel, teachers, nurses and active-duty military who make less than $100,000 a year a permanent $2,000 annual tax credit. These are people who work toward the collective good, and they deserve to be recognized as such. Such a policy would increase retention of public servants, boost morale and serve as a ladder to millions of people who keep us safe, teach our kids and heal our wounds.

“A targeted tax credit for people in admired occupations might have a chance of passing,” said Jack Pitney, professor of government at Claremont McKenna College. “Republicans would especially favor help for police, firefighters and active-duty military. Unions would support measures to benefit teachers and other unionized professionals.”

An annual Gallup survey ranked nurses, high school teachers and police among the top five most honest and ethical professions. Firefighters earned the top rating when they were included in the survey after the 9/11 attacks, and their public bravery during the recent California wildfires undoubtedly bolstered their standing.

And don’t underestimate the power of patriotism as a selling tool, something pickup truck marketers and politicians alike understand. Remember in 2010 when Senate Republicans filibustered the James Zadroga 9/11 Health and Compensation Act, which provided funds to monitor the health of first responders who risked their lives after the Sept. 11, 2001, terrorist attacks? The public firestorm that followed, fueled in part by Jon Stewart’s advocacy on “The Daily Show,” apparently persuaded many Republicans to rethink their opposition.

The American Heroes Tax Credit would inoculate Democrats from the hackneyed Republican attack that they are permissive and weak. Just the other day, President Trump sniped that “Democrats don’t care about crime.” Giving cops and soldiers a tax break counters hollow words with action.

Lincoln has already thought about how he might spend his “raise.” He imagines settling bills and paying for his 7-year-old daughter’s gymnastic classes. But he believes that his younger fire department colleagues — who often live “with mom and dad” — would particularly welcome tax relief. He recalls that seven years ago, when he made roughly $33,000 (about the average salary of EMTs and paramedics, according to the Bureau of Labor Statistics), he relied on the Supplemental Nutrition Assistance Program (SNAP) to put food on his table. “When we had our first baby, my wife wasn’t working, we were below the poverty line so we qualified for SNAP.”

Richard Pierce, president of the International Association of Firefighters, Local 2969, the union that represents Lincoln, argued that low wages drive turnover at his department. Nationwide, a study by the American Ambulance Association found that 18 percent of EMTs and paramedics voluntarily left their job in 2017 and that pay dissatisfaction was a key reason.

Teachers in many parts of the country also struggle with low wages and high turnover. Governing magazine studied the wages of college-educated teachers older than 25, finding that on average, they made “61 percent of that of private-sector employees.” Parents joined picket lines in several states last year for a reason; they don’t want their first-graders educated by a bleary-eyed teacher who stayed up all night driving for Uber.

Some might see teachers as the odd profession out, but creating the next generation of leaders for modest pay deserves to be judged as heroic as putting out a fire. On a practical level, powerful teachers’ unions would add heft to the lobbying effort needed to pass any ambitious initiative.

On average, active-duty members of the military are paid the least of the professions to get a break from the American Heroes Tax Credit. New Army privates make about $20,000, and a 2013 Census Bureau report found that 23,000 active-duty service members use SNAP benefits. “I’ve heard so many stories about military families, the parents going without meals so their children can eat,” said Taylor Miller, Community Outreach Manager at the Foodbank of Southeastern Virginia and the Eastern Shore in Norfolk, a Navy port. “The fact that they’re having to struggle with this is wrong on so many levels,” said Miller, who is a military spouse.

Accepting government assistance remains taboo among many in the military, noted Miller, who cites the “we take care of our own mentality” as a primary reason for nonparticipation in poverty-reduction programs. “People are fearful of the retribution they might face in the workplace” if they reveal reliance on safety net programs. “For instance, you don’t want your boss to know that your family is struggling,” which could threaten a security clearance, Miller said. She thinks that a tax credit, a more private transaction than, say, whipping out food stamps at the base commissary, would please many peers.

To be sure, people in professions not covered by the American Heroes Tax Credit might wonder, “What about me?” Gerald Friedman, an economics professor at the University of Mas
sachusetts at Amherst, predicts “a spillover effect” as employers in other industries raise wages to retain workers who might leave jobs to fight fires or teach. “Other employers would have to pay more to keep workers who might otherwise look for work as first responders, etc.,” Friedman said. “And regardless of how it was financed, there would be some economic stimulus from more money going to lower-wage earners.”

Former Republican representative Richard L. Hanna sponsored a bill giving volunteer firefighters a $1,000 tax credit in 2013. But it died because of the cost. At the time, he recalled, Republicans routinely ran as deficit hawks. That’s no longer the case. Hanna thinks his former colleagues would see a benefit themselves too if they passed such legislation: “Everyone could go back and brag about it” to constituents, said Hanna, because “virtually everyone has a volunteer or paid fire force.”

And everyone — especially politicians — wants to be a hero.