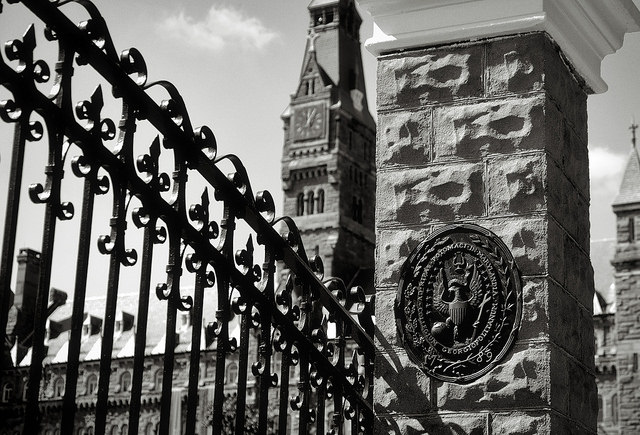 I’ve taught my share of university students who never wanted for anything materially in this world. Most were inspiring — a delight to teach. But there was an obstinate minority of grade-grubbing scoundrels, ready to cut corners to get ahead.

Once, I observed a student peering over his neighbor’s shoulders during a midterm exam. After the test, my suspicions were confirmed. Lookie-Loo offered the same wrong answers as his neighbor on seven consecutive difficult and idiosyncratic questions.

Soon after, I received an email from the classmate who’d unwillingly had his answers cribbed. He reported the incident and begged me to preserve his anonymity. Armed with the evidence, I confronted the cheating student and failed him on the exam. He protested. Fine, I said. Let’s escalate this to the department chair. But if she concludes you cheated, I warned him, we will also escalate the punishment — from failure on just the exam to failure of the class.

Days later, the student’s helicopter parents swooped onto campus to take up his cause. I nearly fell out of my seat when I heard his father’s diatribe. He didn’t defend his son’s innocence, as I expected him to. Instead, he protested our “handling” of his son’s case. I’m a tax attorney on Long Island, the father explained. I witness people cheat all the time. Why are you singling out my boy for such shaming? This punishment is harsh for such a routine thing. The well-heeled father sounded genuinely offended that we were failing his son instead of giving him a “do-over.”

I thought of that father when I read about Gordon Caplan, a highflying corporate lawyer who allegedly paid $75,000 to have another person take his daughter’s ACT exam. “To be honest, I’m not worried about the moral issue here,” he told William Singer, the scam’s mastermind and ringleader. “I’m worried about if she’s caught.”

While teaching, I saw repeatedly the extent to which my students’ ethics — or ethical lapses — were shaped by their helicopter parents. Now, I’d love to be the one to put a learning on those adults. The private equity managers, actors, retail executives and physicians indicted this week are all invited to use this annotated syllabus on the bigger lessons of this sordid, revealing episode — my core curriculum for accused cheater parents.

“The Cheating Culture: Why More Americans Are Doing Wrong to Get Ahead,” by David Callahan

Through riveting interviews and impressive data, Callahan lays out America’s dog-eat-dog economic culture, which favors unfettered markets, worsens economic inequality and incites personal anxiety. The devastating takeaway from this book is that widespread cheating not only erodes the country’s ethics; it also undercuts opportunity and sensible, fair rules in private businesses and government. The result is a downward spiral: A rigged economy and politics breed more inequality, anxiety and cheating, then more inequality and on and on.

“Educated: A Memoir,” by Tara Westover

Tara Westover spent her youth working in her father’s junkyard. A rabid white survivalist, he forbade her from going to school, pushing his fear and mistrust of public schools and modern medicine onto his daughter. But she escaped their isolated home on an Idaho mountain, finally setting foot in a classroom at age 17. From there, she graduated magna cum laude from Brigham Young and ultimately earned a doctorate from Cambridge. This harrowing memoir shows a young woman’s grit melding with her work ethic and dazzling intellect, as she freed herself from the narratives imposed on her by family and her constricted world — all to achieve a fact-based, enchanting life of the mind, a true education.

“When Affirmative Action Was White: An Untold History of Racial Inequality,” by Ira Katznelson

Black and Latinx Twitter blew up this week — chock-full of stories about black and brown people chronically facing assumptions that they got accepted to colleges only because of their race. Katznelson’s thoughtful history demonstrates why those assumptions might be better directed to white students. He traces all the ways that signature public programs, funded by everyone’s tax dollars, were designed and run to give whites unearned advantages over blacks. This book offers a sober, widely unknown history of white adults stealing unearned privilege, legally and illegally, across different domains, from housing to education. As in the the current cheating scam, preferential treatment has strategically skewed white.

“Excellent Sheep: The Miseducation of the American Elite and the Way to a Meaningful Life,” by William Deresiewicz

Deresiewicz, a former professor and admissions committee member at Yale, delivers this brash but nuanced manifesto on what’s wrong with elite colleges. He begins with an incisive expose of the high-pressure sausage-making behind elite admissions — parents, counselors, college officers — then an examination of the students who make it through. The nation’s supposed brightest students, Deresiewicz argues, have, in their striving for achievement, lost their ability to think critically and creatively and to find a sense of purpose.

“The Tyranny of the Meritocracy: Democratizing Higher Education,” by Lani Guinier

Harvard law professor Guinier delivers an uplifting vision for higher education. She demands we abandon America’s “Testocracy,” which obsesses over standardized test scores that measure little more than access to privilege, in favor of a truly collaborative approach to admissions and education that emphasizes people’s holistic competence. This wake-up call asks America to shatter its current higher education paradigm, because it is neither equitable nor effective.

Rich Benjamin is the author of “Searching for Whitopia: An Improbable Journey to the Heart of White America.” His journalism receives support from the Economic Hardship Reporting Project.