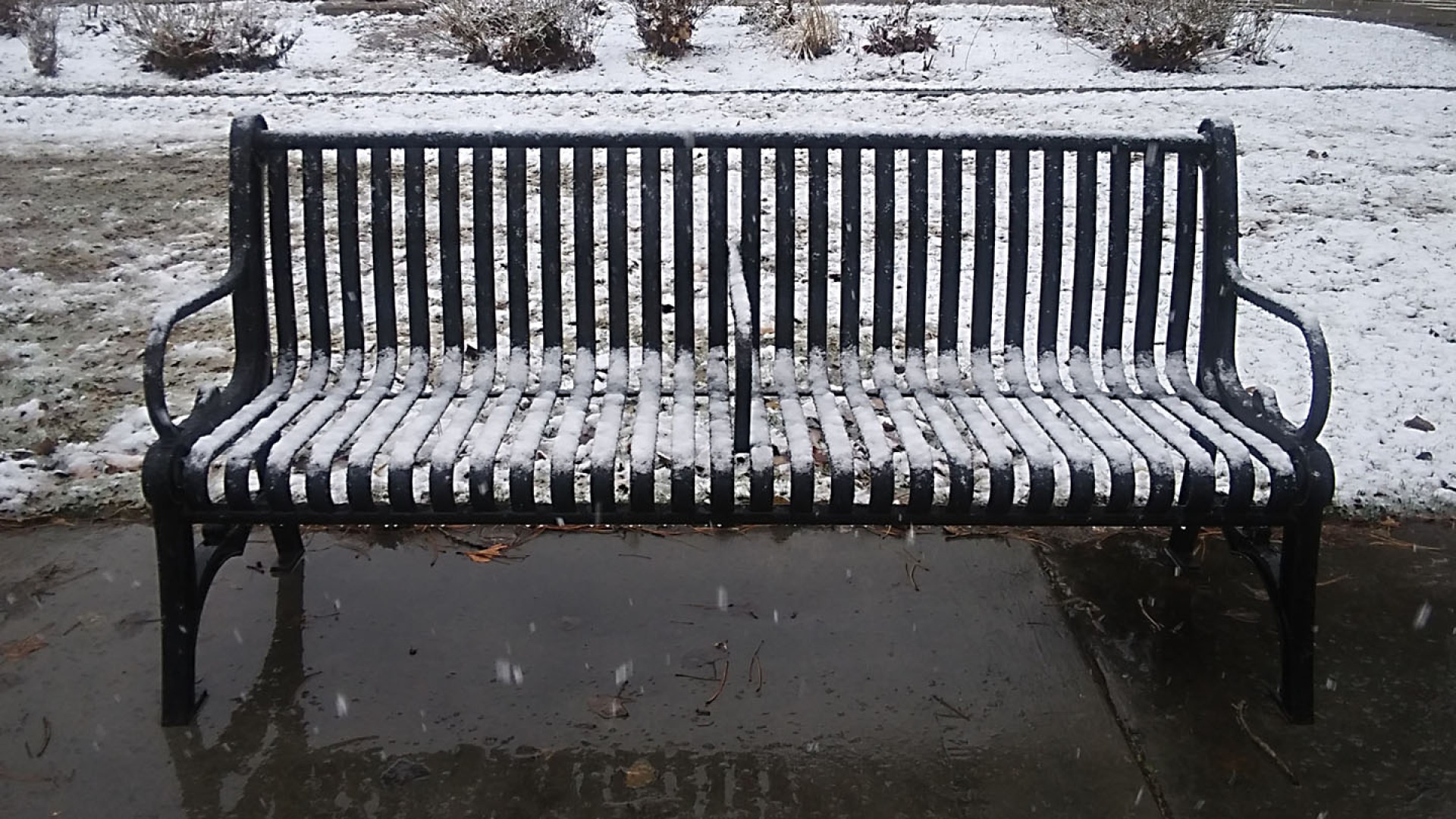 How We Hate the Homeless

She had graying black braids swept tidily beneath a purple bandana. She was well-spoken and clear-eyed. But there was a palpable weariness about her, a certain air of exposed vulnerability, as if she were accompanied by the ghost of trauma. Having been homeless myself, I can almost always spot a homeless person.

“No,” I told her, more sternly than necessary, “we do not have a phone for public use. You know that. I heard you ask the manager about that just the other day.”

As I stood at my register at Whole Foods—where specially grown oranges can cost $3 apiece and shoppers regularly arrive in Lexuses and BMWs—I enunciated each word in a willful desire to uphold a boundary between the rules, the rules that are supposed to keep everything in place, and the achingly familiar need of a human being who simply wanted to use a phone. Rejection spun across the woman’s dark brown eyes, and, as I remember the moment now, I flinch.

Why did I treat someone like that, especially knowing what I had so painfully and recently endured? More than 550,000 people are homeless on any given night in the United States, according to the United States Department of Housing and Urban Development. Between 2014 and 2016, I was one of them.

But human beings in our society—including me—have an ingrained proclivity toward labeling, judging, and punishing the unhoused. The behavior fits into a category with a name: the dehumanization of the homeless.

We speak to homeless people (if we speak to them at all) as if they’re unruly children. We make sure our cities deploy hostile architecture, like benches interrupted by armrests, to discourage their presence—not excluding them as individual people but building against them as an undifferentiated mass. We enact laws that make it a criminal offense to exist in a homeless condition: laws against sitting, sleeping, asking for money, and, in some instances, even eating in certain places. A 2016 report by the National Law Center on Homelessness and Poverty stated that 53 percent of cities in this country prohibit sitting or lying down in particular public places. 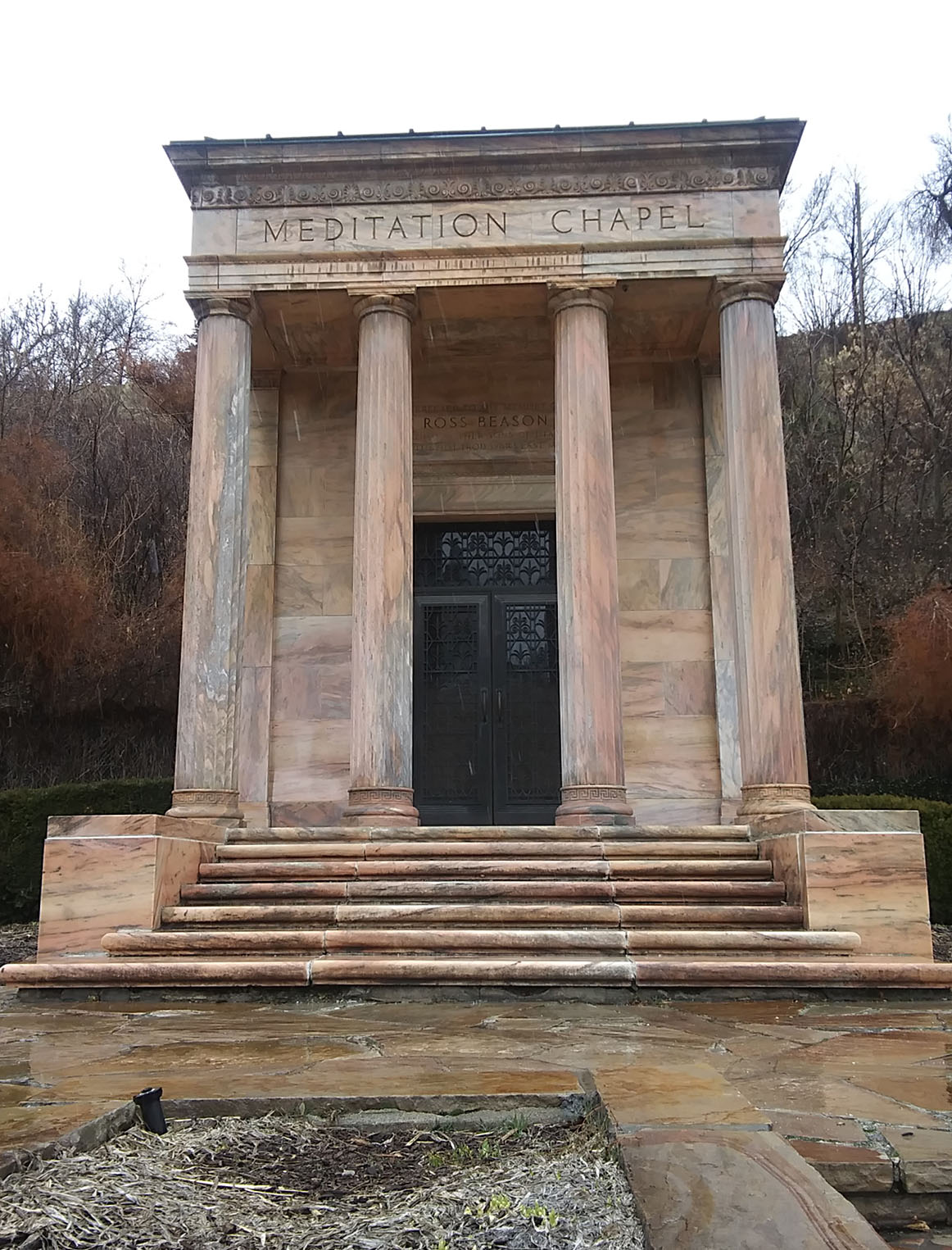 In my homelessness, I was awakened in the middle of the night by security guards and threatened with trespassing numerous times for attempting to sleep beneath a chapel awning in a Salt Lake City park. I was also hauled off to jail after bathing in a public river.

For most people, the surreal nature of an unhoused person’s reality is unfathomable. How could anyone negotiate a day without a known place to take a shower, a secure place to store clothes, or even a safe and familiar place to put one’s head at night?

Yet these conditions cause the more stably housed to react in ways that are so familiar and so predictable that these responses have been scientifically researched.

“Research shows that people are afraid of being contaminated—by germs or stigma—and they are afraid of bottomless need that they can’t fix,” said Susan Fiske, who is a professor of psychology and public affairs at Princeton University, and is known for her work on social cognition, stereotypes, and prejudice.

Across the world, people see those without a fixed address as untrustworthy and incompetent, Fiske said. This stereotype blankets everyone from the homeless to refugees and undocumented migrants to Bedouin nomads.

Underlying it all is, perhaps, people’s fear that the systems they themselves rely on might not be fair or dependable, Fiske said: “People want to believe that they have control. If homelessness can happen to anyone, then it’s out of control.”

When you are homeless, you lose control over just about everything. You lie down where other people tell you to; you eat what other people give you.

After spending a night on a cold, tiled floor in the overflow area of a crowded homeless shelter, I began walking the four miles from the shelter to a church for a sack lunch and a hot coffee.

About midway there, I saw a man with a coffee cart. He was handing out free samples. The people taking them were in business attire—the kind of clothes I wore when I was a professional, before my great collapse.

I still had another mile to walk to the church. I remember that my jeans were rumpled from having slept in them and that I didn’t have a bra, because a man had cut mine off me with a pair of scissors while assaulting me. I zipped my nylon exercise jacket—the only coat I had—as far up my neck as I could, and asked the vendor for a cup of coffee.

As a homeless woman, I rarely cried; there was too much to cry about. However, that morning, I sobbed. In that moment, the world had closed in on itself, encompassing only one theme: rejection. A coffee vendor—like the supermarket clerk I had no idea I would become—had the power to separate a person from the rest of humanity, leaving the marks of alienation and separation.

Pastor Wayne Wilson, the founder and executive director of Salt Lake City Mission, a Christian church and outreach center for those without homes, told me he often drives by people he knows who live on the streets, and he honks and waves at them. They almost never wave back.

“They won’t even look up,” Wilson said. “They are so accustomed to being spit on and having rocks thrown at them and hearing people yell ‘Get a job!’  In Nazi Germany, they called the Jewish people ‘dogs’ so that they could gas them. Once you dehumanize people you can treat them differently.”

After a while, even the unhoused internalize their loss of standing, presenting themselves instead as an abstract societal problem. A familiar image we have all seen: a person huddled on a busy intersection, holding a cardboard sign emblazoned with the words Help the homeless.

“They have accepted the label,” Wilson said. “They see themselves as guilty and less than human.”

Each day I lived on the streets, where the most basic human needs are impossible to meet, the propensity to feel inhuman increased. Restaurants, convenience stores, even churches refused use of their restrooms. I collected napkins from free sack lunches and plastic dog-waste bags from street-side dispensers. 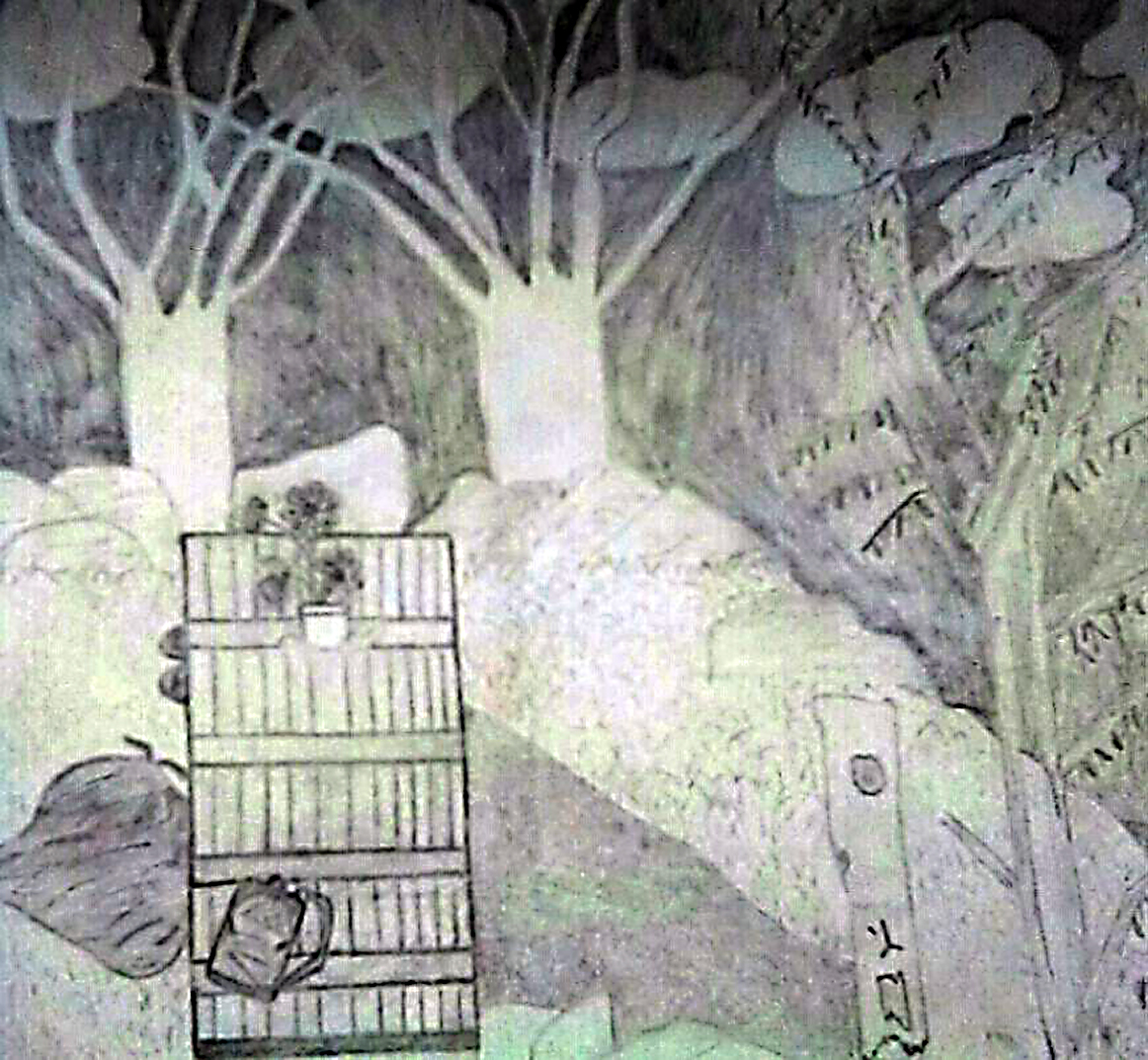 This illustration, by Lori Yearwood, is of the park bench where she spent many nights during her homelessness.

“You’ve got to be kidding,” one woman screamed at me once, when I emerged from a bush in a park one night. “That’s disgusting!”

Not so very long before that—before my house fire, before my mother died of cancer, before my dog died, and before I gave up the 10-year business I could no longer sustain—I had bathed in a claw-foot tub, in my own home, on a horse ranch that I owned.

I didn’t cry when the woman yelled at me, but I burned with shame.

Days after I admonished the woman in my checkout line, I saw her again, in an aisleway browsing an assortment of high-priced kombucha drinks. I had been unable to forgive myself for hurting her.

She was the same color as I am—a soft, caramel brown. I estimated her to be about my age, too—early 50s.

Later, the man who was the manager at the store would tell me more about her: that she had talked with him about wanting to work there. She was forthcoming about her homelessness, he said, and struck him as “eccentric” and “authentic”—words I could easily use to describe myself.

“She was really passionate about bettering her life,” he told me. “She didn’t want any handouts.”

There were other things she and I had in common. Before the homelessness, she had, for instance, worked many years in an attempt to remain self-sufficient. Then strained relationships splayed. Then she lost grip on life as she knew it. Then, in the ensuing trauma and chaos, she lost herself.

I had seen her eating alone, talking to herself in the store’s cafeteria, and I remembered how, when I was homeless, I would pray unceasingly for hours, sometimes out loud. She was showing me parts of myself that I had not yet claimed.

“Hi, Lori,” she said, turning away from the fancy beverages in the store that day last year, to look at me directly. I wasn’t wearing my name tag, and I was touched that she had bothered to notice such a detail as a cashier’s name.

“Oh, we all have our days,” she said stolidly. “Just remember to have compassion.”

Lori Teresa Yearwood is now a full-time, freelance journalist and contributing writer for the Economic Hardship Reporting Project. Her work has been published in The Washington Post, San Francisco Chronicle, and Oprah’s “O” Magazine.