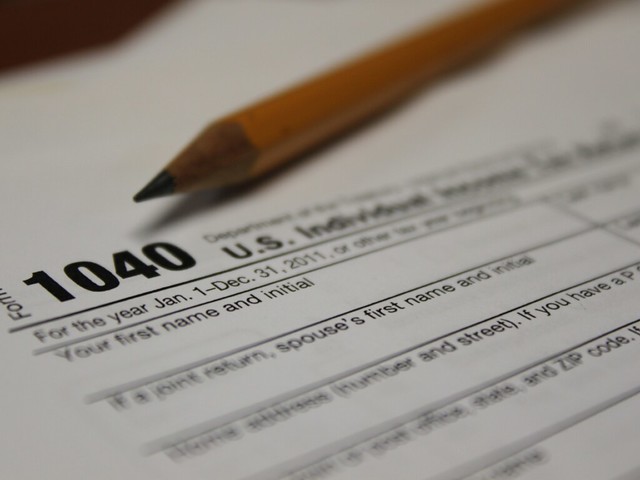 Health Care Is Shockingly Expensive. Why Can’t You Deduct It All on Your Taxes?

In late March, my right elbow suddenly ballooned up, becoming red, painful and hot to the touch. But what I assumed was tennis elbow proved to be cellulitis, a serious infection that required an IV of an expensive antibiotic dispensed during six hours in a Manhattan emergency room. The hospital billed my insurance company more than $10,000 per hour, or $65,892.04 to be exact. I wasn’t even admitted for the night.

Fortunately, my insurer will significantly reduce my share of the charges but the ultimate out-of-pocket cost will still sting long after my elbow no longer does. Adding insult to injury, I can’t write off this unexpected and unavoidable expense on my taxes.

In 2019, taxpayers can deduct medical expenses that exceed 10 percent of their adjusted gross income, up from 7.5 percent in 2018 (and double the floor set by the Franklin D. Roosevelt administration in 1942, when it established the tax break). Suppose a family with an income of $100,000 per year spends $9,999 this year on doctors’ bills and insurance premiums. They are out of luck. Sens. Susan Collins, a Republican from Maine, and Maria Cantwell, a Democrat from Washington state, have introduced legislation to roll back the income threshold to 7.5 percent, but why stop there?

Here’s a Band-Aid to help millions of Americans cope with rising health-care costs: Tweak the tax code to allow low- and middle-income taxpayers (like myself) to deduct all essential medical and dental expenses. The Internal Revenue Service defines medical expenses as expenditures that “alleviate or prevent a physical or mental disability or illness. They don’t include expenses that are merely beneficial to general health, such as vitamins or a vacation.” That means no write-off for a nip and tuck, but you get one for cellulitis. Perhaps cap the benefit for those who earn less than $140,000 per year, which amounts to about three times median income.

“Health care is not something that people have a choice about,” said Caitlin Heyward, a self-employed attorney in Columbia, S.C., who supports expanding the medical-expense tax deduction. “It’s not like I’m picking a Volvo over a Camry.” Last month, she received a more than $13,000 bill for a routine five-minute D and C (dilation and curettage) after a miscarriage.

The medical-expense deduction serves as “an important tool for middle-income taxpayers,” said Cristina Martin Firvida, vice president of financial security and consumer affairs at AARP. An analysis by the organization found that in 2016, those who claimed the medical-expense tax deduction had racked up average medical bills of $15,467. That’s a budget buster for many households. Research by AARP has found that the majority of those who have taken advantage of the tax break were older than 65 and earn less than $75,000 annually. An estimated 3.6 million people will qualify for the deduction this year.

My proposal won’t add much to the $22 trillion national debt, relatively speaking. According to an AARP fact sheet, the Institute on Taxation and Economic Policy estimated that lowering the threshold from 10 percent to 7.5 percent would cost $1.2 billion in 2019. It will unquestionably cost more than that to eliminate the threshold for many more taxpayers. Budget hawks (if they still exist) in Congress probably could pay for the benefit by clamping down on tax breaks that enable corporations to deduct the cost of plush private jets.

Despite consumer protections established by the Affordable Care Act and the slowing of runaway medical spending, more must be done to address the nation’s health-care crisis. And it is a crisis. A recent survey by the Commonwealth Fund asked respondents whether they could afford an unexpected medical bill of $1,000; half could not.

A new study published in the American Journal of Public Health confirms that many people are falling through the cracks — which are more like chasms. Medical issues threaten the financial health of more than half a million families per year.

Rather than work with Democrats to fix the ACA’s flaws, the Trump administration continually plots to destroy the law. Most recently, the president promised to unveil the elusive Republican replacement for Obamacare after his putative reelection.

Meanwhile, many Democratic presidential candidates tout Medicare expansion as a cure-all. At a recent CNN town hall, Sen. Elizabeth Warren (Mass.), for instance, floated the idea of lowering the Medicare eligibility age from 65 and expanding coverage for everyone under 30.

But such admirable goals probably will require a White House victory in 2020 and at least 60 Democratic senators. Even a landslide for the eventual Democratic ticket might not lead to such a result.

Some on the left reflexively vilify incrementalism. Howard Dean, a former governor of Vermont, former chairman of the Democratic National Committee and medical doctor, for example, told me that such a policy would just make it harder to pay for more sweeping policies such as Medicare-for-all. But such concerns assume an all-or-nothing approach to change. It’s as if progressives ignore that “progress” is at the root of their political philosophy. And progress is rarely instantaneous. Objecting to any solution that falls short of universal health coverage is akin to doctors denying palliative care to a dying cancer patient because they have yet to develop a cure for the disease.

Sara R. Collins, the Commonwealth Fund’s vice president for health care coverage and access, considers a new targeted tax break to be one step — but not the only step — in the right direction.

“View policy options along a continuum,” Collins said. A change in the tax code “won’t completely solve t
he problem, but it will certainly provide some relief to a lot of people.”