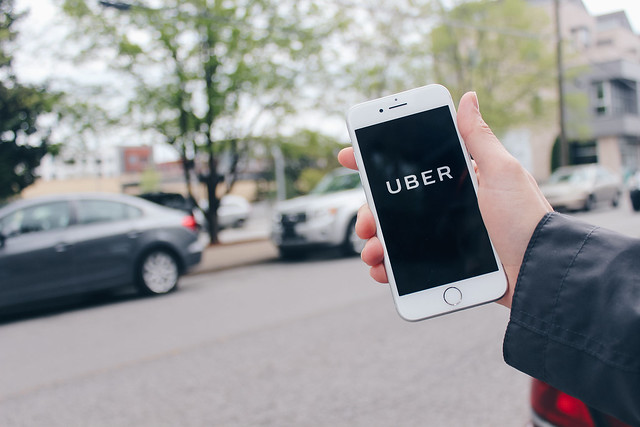 The Con of the Side Hustle

An attractive woman behind the wheel of a gray car says to the camera, “These days anyone can have a side hustle.” She then whisks off to the gym, for her other job as a personal trainer, beaming as she goes from one gig to another. This ad for the ride-share company Uber seeks to entice new drivers to join their ranks by using the “side hustle” come-on. The company isn’t alone.

Similarly laborious “side hustles” are celebrated in popular media and advertising, from self-help articles and other web content that exhort us to, say, work for a design studio part-time or sell CBD oil (great as a side hustle for moms, supposedly). Even pastors can use a side hustle, according to one evangelical blogger.

During tax season, you will also find filing suggestions for side hustlers. (Report all of your income! Deduct expenses!)

The truth is, working multiple gigs creates complications when you do your taxes. Compared with those with salaried jobs, who pay their taxes seamlessly through withholding, for side hustlers “the process will be a lot messier,” according to Steven Dean, the faculty director of the Graduate Tax Program at New York University Law School. You have to estimate and pay taxes on your own, he notes, and your expenses may not be reimbursed by your employer. In other words, paying quarterly tax estimates gives workers with side hustles yet another side hustle — being their own accountant, although this gig doesn’t even pay.

Nevertheless, this nouveau moonlighting continues to be exalted ­as cool, empowering or freeing. This mantra is false: Side hustles are not simply a new version of working as a “wage slave” so that we can do what we love in our off hours. Instead, far more often, people take on second or third side hustles because of wage stagnation or low pay at their full-time jobs.

Over the past few years, I have interviewed dozens of people who work a full-time job or close to it — teachers, professors, administrators and nurses, among others — and supplement their incomes by driving for Lyft or serving as a barista. They are not doing it for the glamour. They need these second jobs because their first jobs don’t cover astronomically rising rents, record health care costs or swelling college tuition. A full 30 percent of Americans do something else for pay in addition to their full-time jobs, according to an NPR/Marist survey last year.

Commercial websites like Side Hustle Nation extol the joy of the new unstable labor, although its payoff actually arrives for only a few. As Nick Loper, the site’s “chief side hustler” writes, “My escape route was a side hustle business I built in my spare time — and you can do it too.” Medium has a whole Side Hustle publication. It bears the legend “You’re more than your day job.”

This language tries to make the dreary carousel of contemporary life sound more fun. “The phrase the ‘side hustle’ has gained a strange kind of prestige from downwardly mobile, college-educated tech workers,” said John Patrick Leary, the author of “Keywords: The New Language of Capitalism,” a sharp recent book on this troubling new lingo. Its glitz and energy derives from “a hip-hop genealogy,” although the side hustles name-checked in that genre are perhaps not the same as those imagined by Uber.

The “side hustle” is one of a growing roster of trendy corporatized idioms, like ordinary household appliances that are now “smart” or plain vanilla businessmen and women remade into the more exotic “entrepreneurs.” Our jobs are now “flexible,” although we are the ones contorting ourselves to work at all hours, or we are professionally “nimble” because we are trying to survive on freelance gigs.

Ultimately, like so much of this lexicon, the “side hustle” describes the overworked outsiders to privilege, who are forced into informal vocations by the absence of a legitimate economy. They are then told that suffering is valiant and also groovy. In a recent viral BuzzFeed piece describing millennials as the “burnout generation,” side hustles are listed as one of the main culprits.

There are some surprising benefits to side hustles. The 2017 tax reform introduced the qualified business income deduction, which provides side hustling workers with a rate reduction. But some people may not understand it, and this small benefit doesn’t make up for an uncertain work life.

So what can we do? For starters, anyone writing about work, whether as a journalist or as a social media exhibitionist, should stop glorifying long hours at work or juggling multiple workplace identities. Instead, we could be more open about what all these “side hustles” are really doing to our minds and bodies.

As workers, we might acknowledge that “side hustle” is an insidious term and resolve never to use it again. More broadly, we must fight other forms of this falsifying new jargon and seek out more truthful language. We could follow Raymond Williams, the cultural theorist, who once wrote that we should interrogate the language of contemporary society and “change as we find it necessary to change it, as we go on making our own language and history.” Most important, we can agitate to raise wages. If we do that, we won’t need cute euphemisms to cloak the chaotic truth of working life in today’s America.

Alissa Quart is the executive editor of the Economic Hardship Reporting Project and co-founder of its present incarnation. She is the author of the recent book Squeezed: Why Our Families Can’t Afford America (Ecco/HarperCollins) and four other books, including Branded, Hothouse Kids, and the poetry book Monetized.