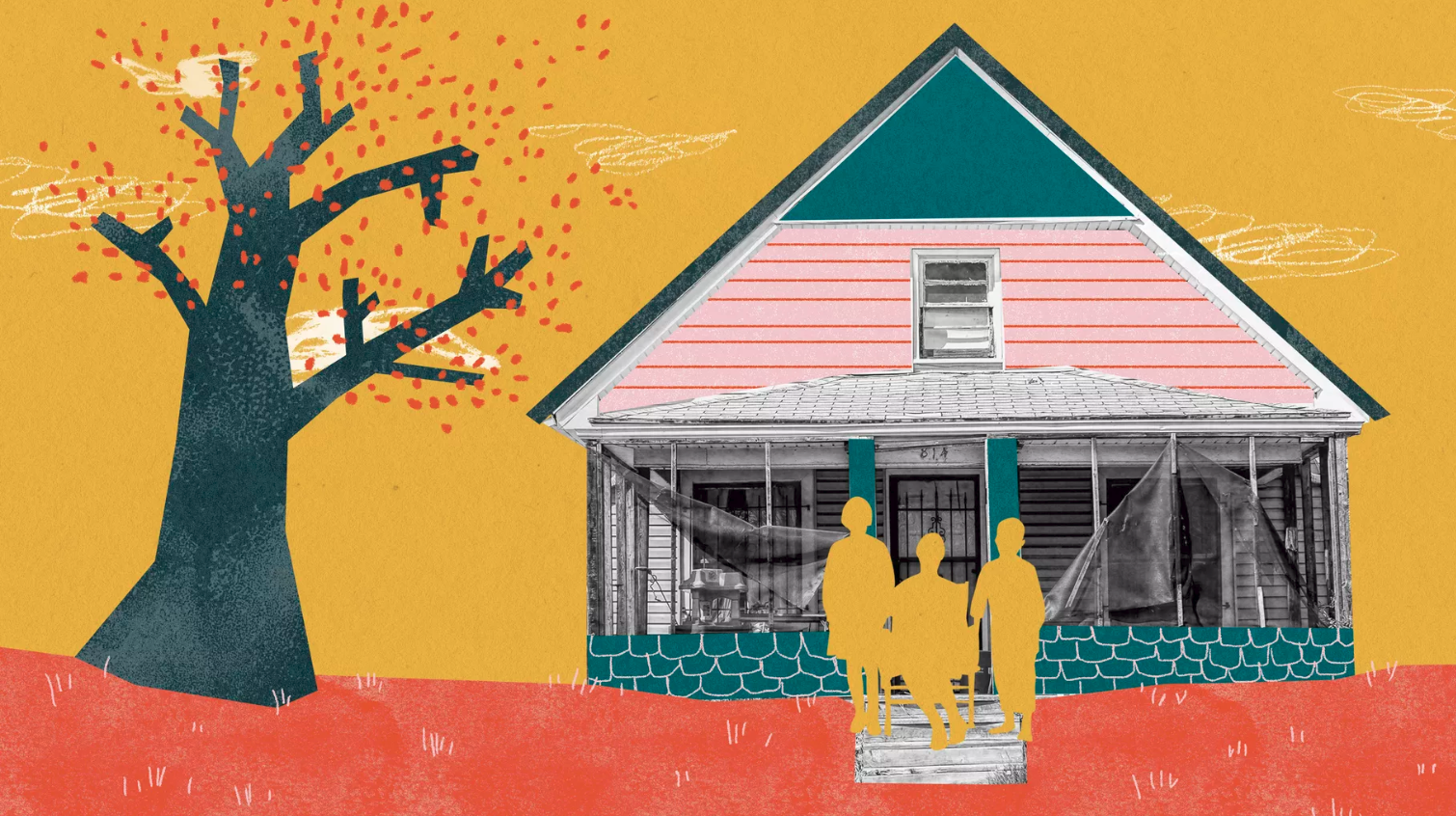 I Grew Up Without a Fixed Address

A few years ago, I applied for a freelance grant writer position at our school district in northeast Pennsylvania. The job mandates all potential employees or contractors undergo a state background check, which required me to list every address I’ve had since the 1970s and every person I’ve lived with during that time. My sister laughed and asked how many sheets of paper they allow you to use. We both knew, also, that there was very little official record of any of the places that make up my past.

I grew up poor, living in an estimated 70 places before I graduated high school. For many of these pit stops, there’s no proof I was ever there. For me, and others like me, impoverished and lacking stability, entire chunks of my childhood don’t officially exist. My family lived in a sort of “constant temporary” state. We moved almost nonstop. Often, this was because we couldn’t afford rent. But sometimes it was also for our safety: For a long portion of my childhood, when my mother was trying to leave my father or after my parents’ divorce when I was 8, my mother and siblings and I were trying to stay under the radar so we couldn’t be found by my often violent father, who had routinely violated orders of protection.

Most of my immediate family was born in New York City or the coal region of Pennsylvania, and we moved around throughout the Northeast during my childhood in the ’70s and ’80s. My father had begun dealing drugs after a stint in the military; my mother worked low-paying jobs as a nurse’s aide or retail cashier, or, better yet, found gigs that paid in cash. Our household income always remained low enough to preserve eligibility for welfare benefits—I was on public assistance from the day I was born until the day I graduated high school.

Our record proved confusing because we didn’t use all of the markers of ordinary contemporary American life. For instance, we lacked a phone. Utilities were in the name of the family member who had yet to burn the power company. My parents never owned a car or held driver’s licenses, so no DMV records exist. We didn’t usually have a primary care doctor, so medical records would not help. Some of the ramshackle houses and buildings where we lived have long since been demolished, so the physical structure has disappeared, along with any proof that we were ever there.

In some cases, this lack of documented residences was deliberate. During the frequent cycles of crisis, it wasn’t unusual for us to need to shelter in a place where we technically weren’t supposed to be.

A friend or relative already living in that place may have been getting government benefits that would be jeopardized if unauthorized people joined the household. Or the landlord didn’t allow children—at least not as many children as our family contained, enough to exceed the usual number of bedrooms, even with several of us sharing rooms. Sometimes, we split up because the homes we were staying in didn’t have enough room for all of us.

On more than a few occasions, landlords were in on the deception. One “apartment” we lived in didn’t have a kitchen, because the space was actually part of another unit that had been illegally subdivided. In our section of this off-the-books subdivision, part of one room had been turned into a makeshift kitchen with a portable plastic sink. There was a refrigerator in the cellar, but we avoided using it because you’d get a painful shock whenever you touched the handle.

In those cases, we or the landlord created a fictional address—or didn’t use any at all—because listing the building’s legal address, or an adjusted version of it, on official records might prompt local officials to investigate why two or more families were simultaneously using an address where only one legal dwelling existed.

When I applied for that grant at the Pennsylvania school district, I tried just listing information dating back to when I got married, but it was rejected. I ultimately gave up, because there’s no way I could list every place I lived as a child. Even for those of us who were there, it can be a challenge to piece together the chronological and geographical sequence. The lack of official roots left me feeling unmoored.

That feeling has gradually abated over the years, but it’s never fully left. I’ve lived in my current home more than 20 years. I was determined to break the family cycle, and committed to ensuring my children lived in only one home their entire childhood—a goal I successfully accomplished. Yet my husband recently discovered several boxes stashed throughout the house that I had left unpacked when we moved in. And occasionally I’ll still jolt out of sleep in a panic, overcome by the feeling that I need to grab whatever I can as we rush to flee.

While there may be little or no proof of some of our former residences and our time inhabiting them, my siblings and I can recall each one. There was the apartment above a bar, where we had no refrigerator; in winter, we would leave milk on the ledge outside a window, hoping the temperature outside would keep it between freezing and spoiling. There were numerous places—surely not up to fire code—where several rooms had no windows.

The places that stand out most are often the ones where there would be few, if any, official records or vestiges of our presence.

Instead, we rely upon memories of what we experienced there—or in some cases endured or survived—as our proof, testament that we existed in that spot.

Bobbi Dempsey is a writer whose credits include the New York Times, USA Today, the Guardian, Slate, Playboy, and others. She is a communications fellow at Community Change, and author of Degrees of Desperation: The Working-Class Struggle to Pay for College.