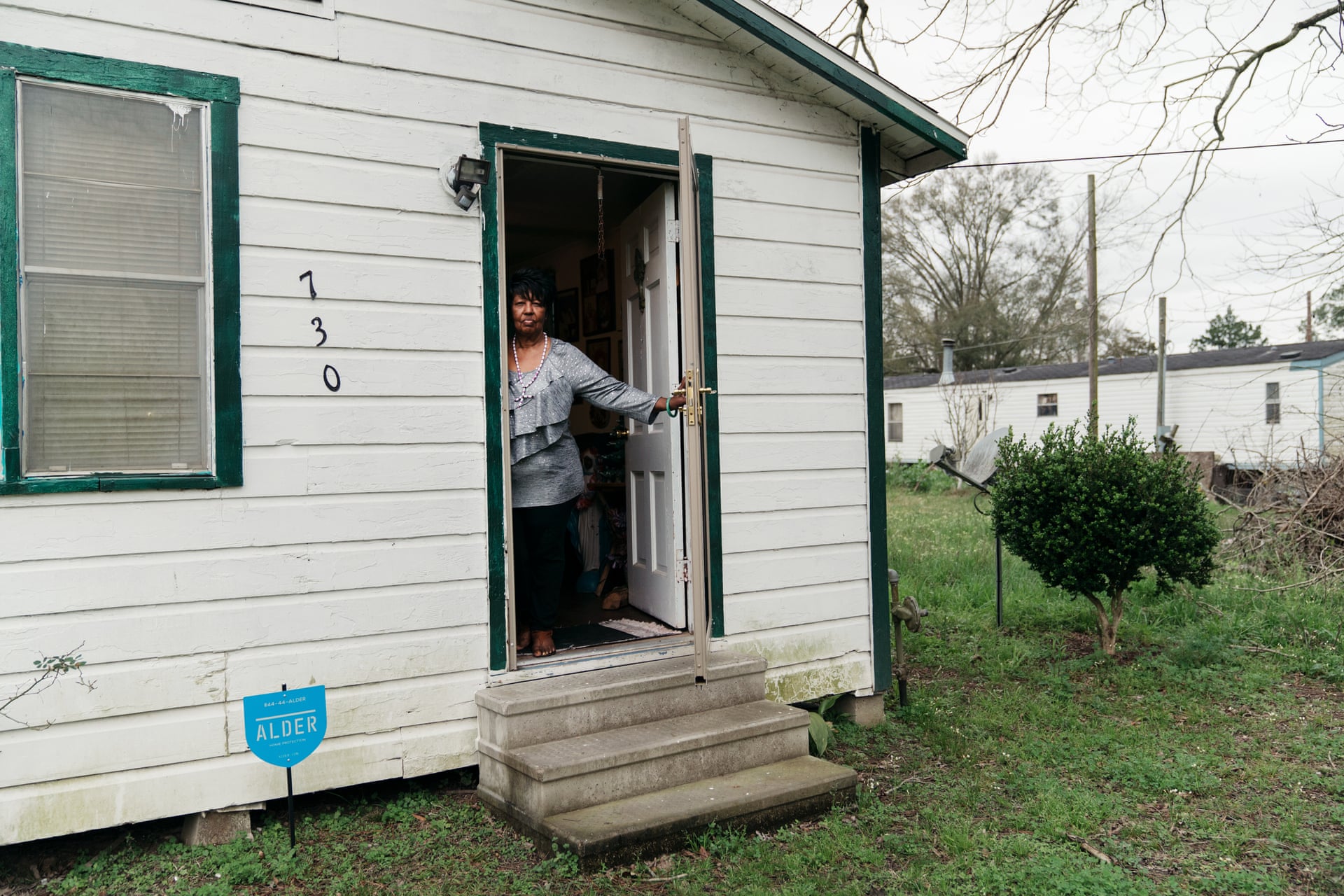 Vivian Majors at her home in Opelousas, Louisiana, on February 20, 2019. Photo by Annie Flanagan
Inequality

Vivian Majors spent her life cleaning houses while her husband, Martin, worked as a carpenter. Their bodies broke down in their 60s. She is now 71, living on her own and struggling to pay her bills. He is in a nursing home and has Parkinson’s disease. She survives on a $960 monthly social security check and $50 in food stamps. Hardened by years of physically taxing work that left her hovering around the poverty line, Majors, now retired, is girding herself for more years of financial hardship.

Elderly poverty was supposed to be a thing of the past. Social security supposedly wiped out the scourge of old-age penury, signaling one of the great social-policy triumphs of the modern era. But this is far from the whole story. Inequality, which has grown markedly in Europe and North America since the 1970s, has widened the gap between the secure and insecure in all age groups, and has exposed American seniors to financial distress in ways that often go unnoticed. 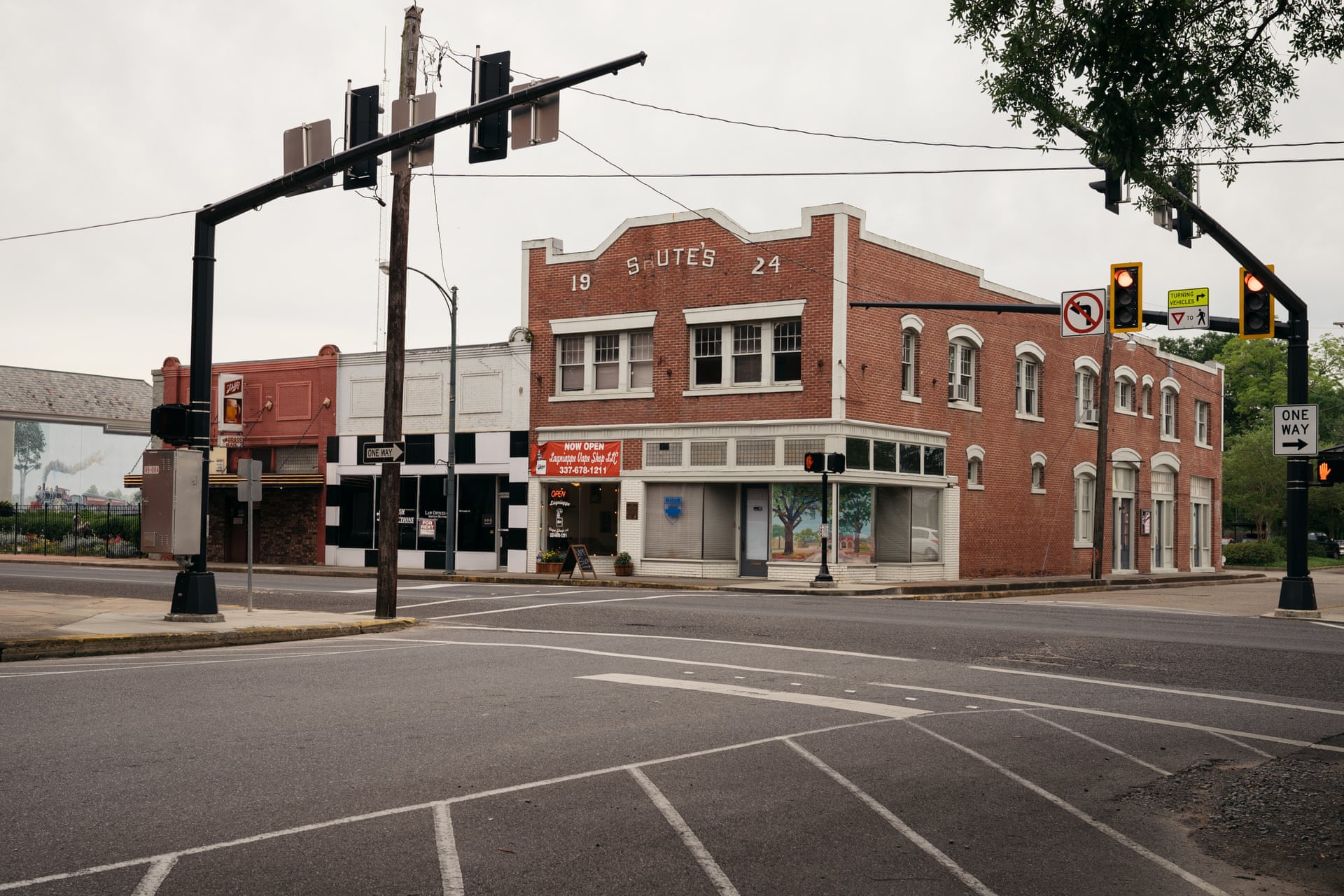 Opelousas, Louisiana, has the highest rate of elderly rate in the US. Photo by Annie Flanagan

According to research from the University of Massachusetts Boston, material hardship bedevils millions of Americans such as Majors who are over 65.

Opelousas, Louisiana (population 16,480), where Majors and her husband grew up and raised their own children, has the highest rate of elderly poverty in the US. Seventy-five percent African American, Opelousas is home to men and women who have worked all their lives. But in 2017 the average per-capita income in the town was only $15,266 a year, and 45% of its population lived in poverty. 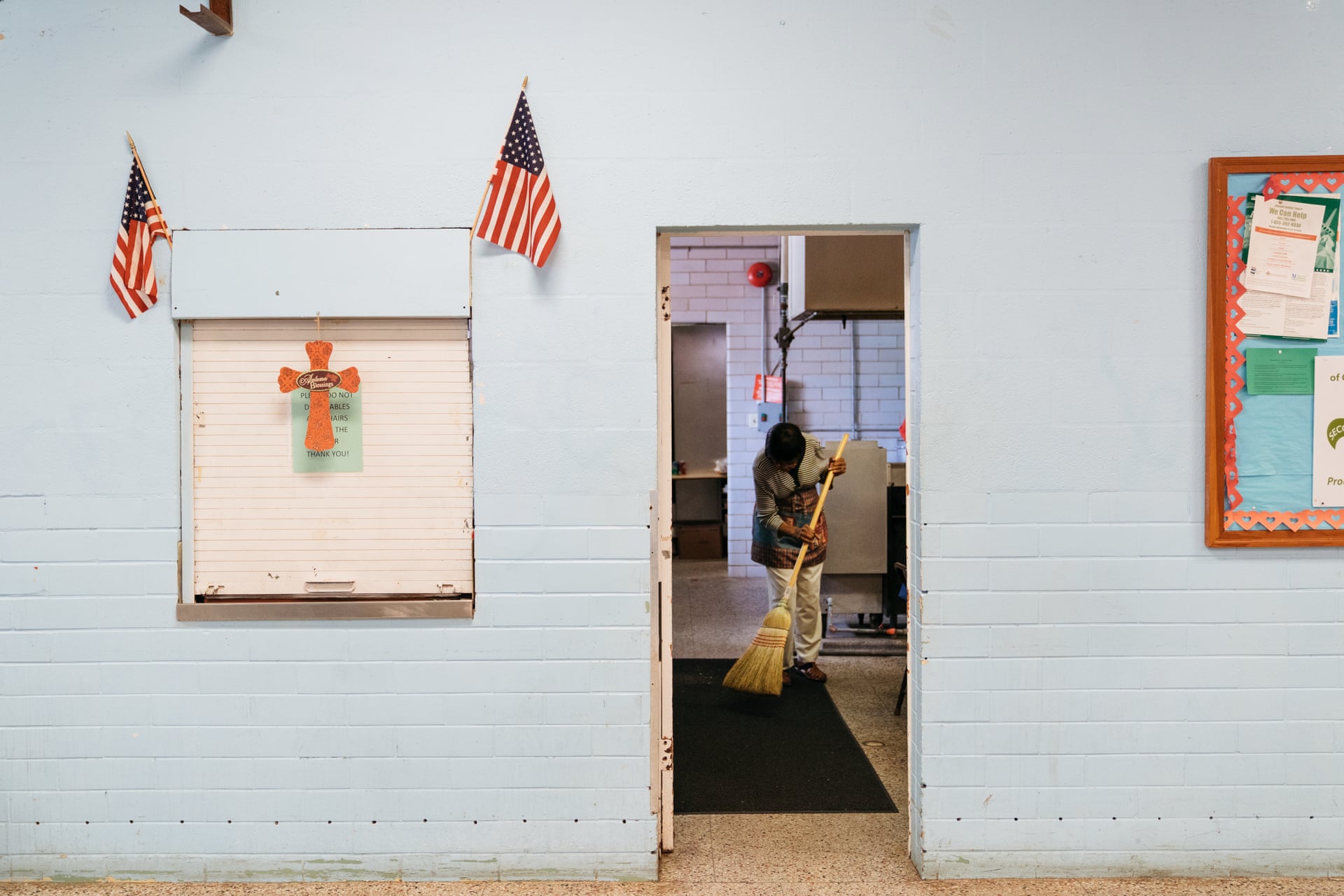 Few Opelousas retirees received sick leave or healthcare coverage while they were working, and virtually none can count on a pension to support them when they can no longer work. A lifetime of poverty rarely translates into what the rest of the country defines as true retirement. Instead, the working poor often stay on the job past retirement age.

The statistics from Opelousas are extreme, but its labor market’s underlying conditions – which residents have faced all their lives – are echoed across the country. Of those who are still of working age, 62% of African Americans and 69% of Latinos have no retirement savings. Come retirement, they are almost entirely reliant on social security. When that is the sole source of income, economic hardship is likely to be the outcome – not to the extent it was before social security was created, but a great deal more than for workers with long histories in often better-paid private-sector jobs. 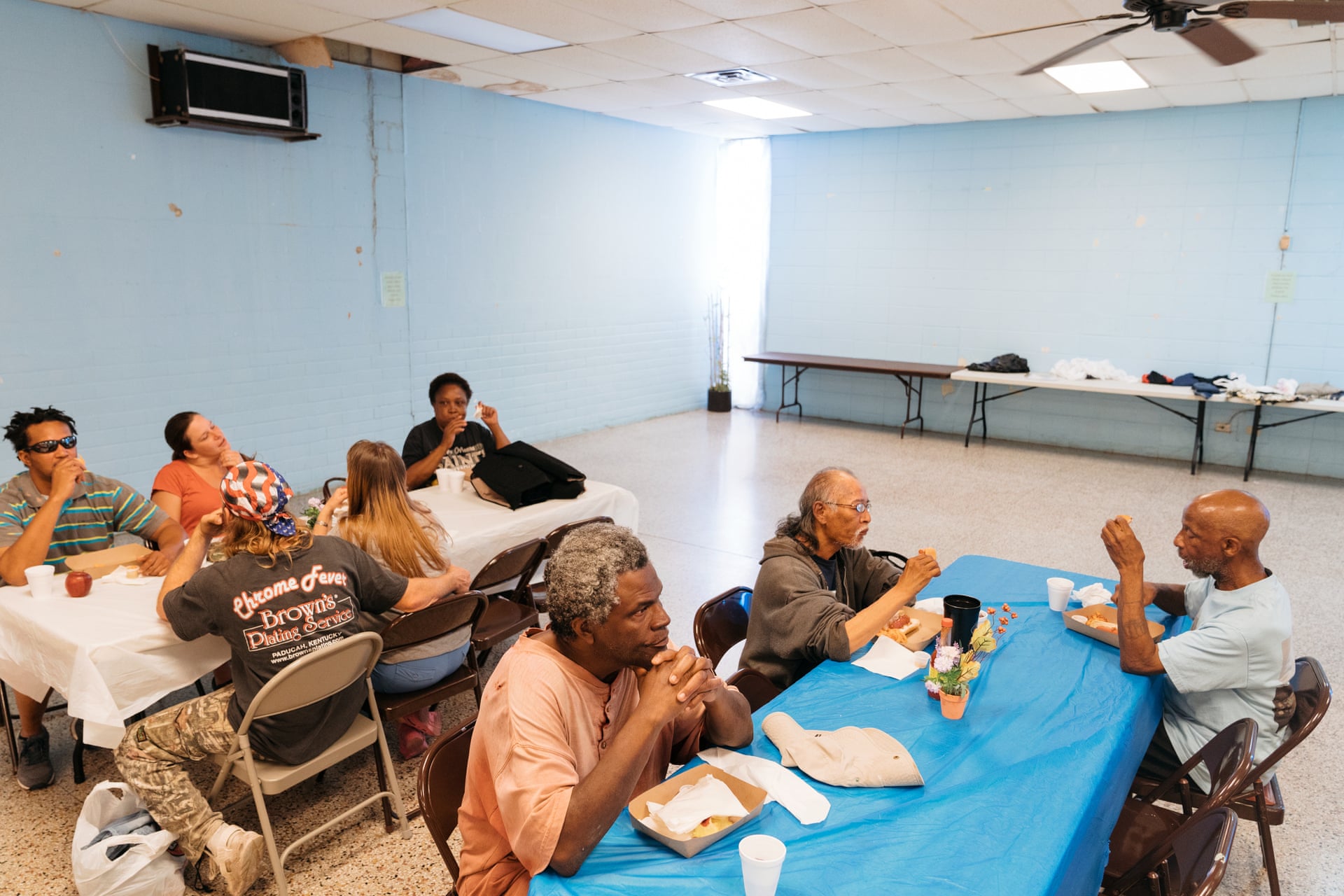 In the US, the poverty line was set by the Department of Agriculture as a multiple of the price of a typical “food basket” in the 1960s. It has been updated and benchmarked for family size every year since. The incidence of poverty for Americans over 65 has declined significantly, even further if measured against the poverty rate in the 1930s and 40s. Social security expenditures have played a crucial role in bringing about this improvement. As this safety net spread and the benefits available increased, poverty moved decisively downward.

We tend to think of inequality as shaping the lives of children and working-age adults, depending on their educational attainment. But the trajectory of inequality powerfully affects older people as well. Their lives in old age are a natural extension of their experiences in the prime working years. Social security is, in the end, insufficient to protect a surprisingly large number of older Americans from poverty. 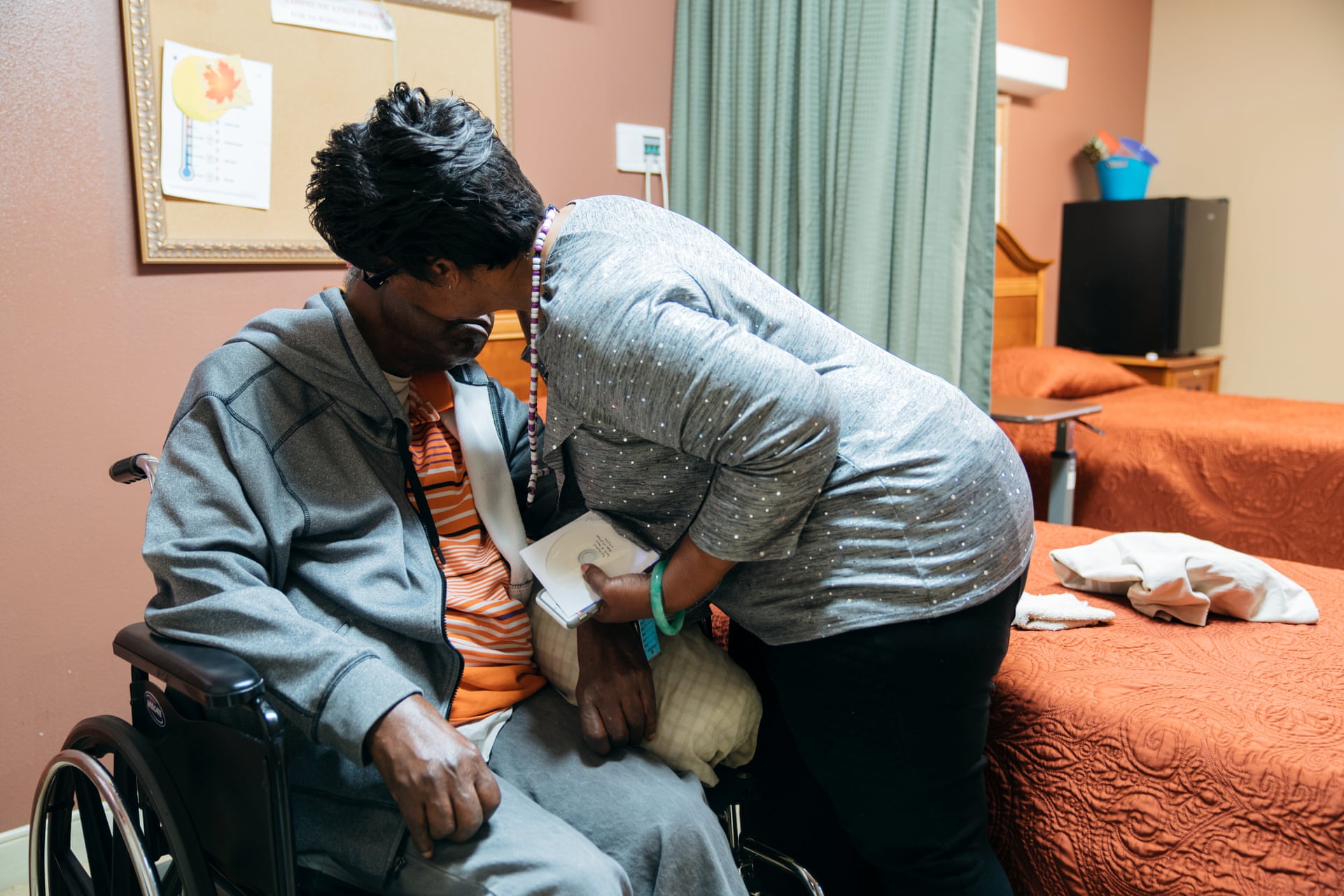 Vivian Majors takes care of her husband Martin who has Parkinson’s disease. Photo by Annie Flanagan

The US is an outlier in terms of elderly poverty – in the wrong direction. Retirement expert Teresa Ghilarducci, a professor at the New School, points out that a higher proportion of older Americans are below the threshold set by the Organization for Economic Cooperation and Development than all other advanced economies in the world except for Australia and Switzerland.

This perspective is corroborated by the Gerontology Institute at the University of Massachusetts Boston. Its Elder Economic Security Standard Index provides a more fine-grained understanding of hardship, conditional on household size, location, housing and health status, among other variables. The index shows that in 2016 a majority of American seniors lacked “the financial resources required to pay for basic needs”. The numbers are higher for those living alone than those in two-senior households, but overall the material hardship of the elderly is significant. The variation across the states is pronounced. But “in every state, the share of older adults living ‘in the gap’ between the federal poverty line and the Elder Index is larger than the share living in poverty”.

Theirs is an economically uneasy life. Like the “near poor” more generally, older households above the poverty line miss out on federal and state benefits – from Snap, or food stamps, to housing grants to Medicaid – designed to assist those in need. They are on their own and yet facing significant shortfalls in the resources needed to survive at a minimally acceptable level.

Gaps were particularly problematic for women who, on average, received $4,500 less per year in social security benefits than men because they had lower lifetime earnings and worked fewer quarters to take time out for caregiving.

The gender gap reminds us of one of the most important aspects of elder poverty: it does not generally descend at the end of a career. Instead, it is a function of the inequalities that beset people during their working years. In this sense, elder poverty isn’t really about elders; it is about lifetimes spent under conditions of accumulated economic marginality. 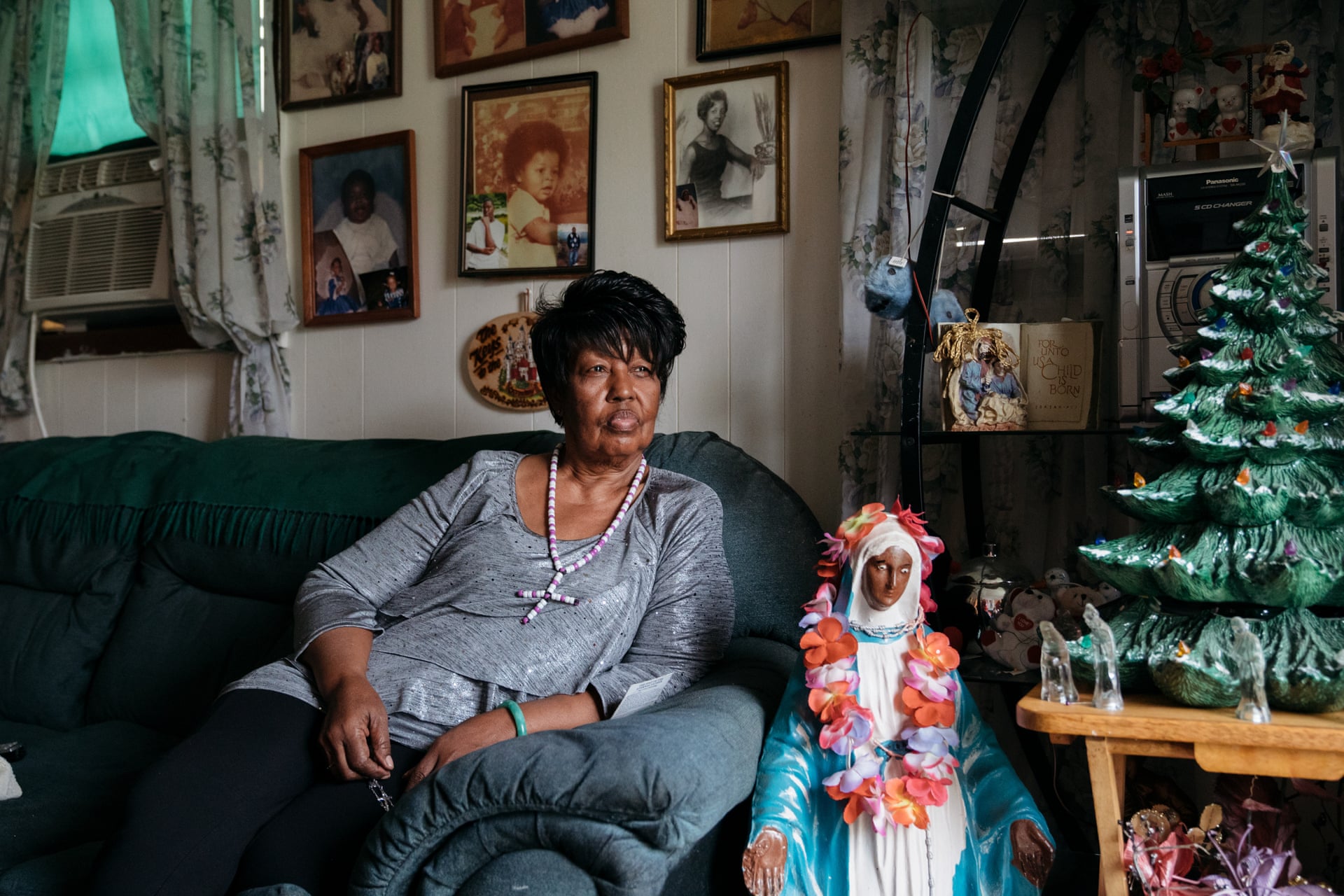 Vivian Majors at her home in Opelousas, Louisiana. Photo by Annie Flanagan

Poorer seniors are likely to have been poor, or among the working poor, most of their lives. They have held jobs that paid low wages, were often involuntarily part-time, provided for no sick leave or health insurance and provided nothing at all in the way of pensions.

Majors is a frugal woman. She is inclined to shut down the air conditioner in the height of a humid Louisiana summer rather than see her electricity bill rise beyond what she can afford. Even in her old age, with such limited resources, she lends a hand to her grown children when they need it. “A lot of people sometimes wonder how you’re making it,” she says. “But you manage, you know. You’re going to survive.”

That is no doubt true. Yet we can ask ourselves why merely being able to “manage” is the best that can be expected for a hardworking woman like Majors. Retirement should not mean hardship in the 21st century. 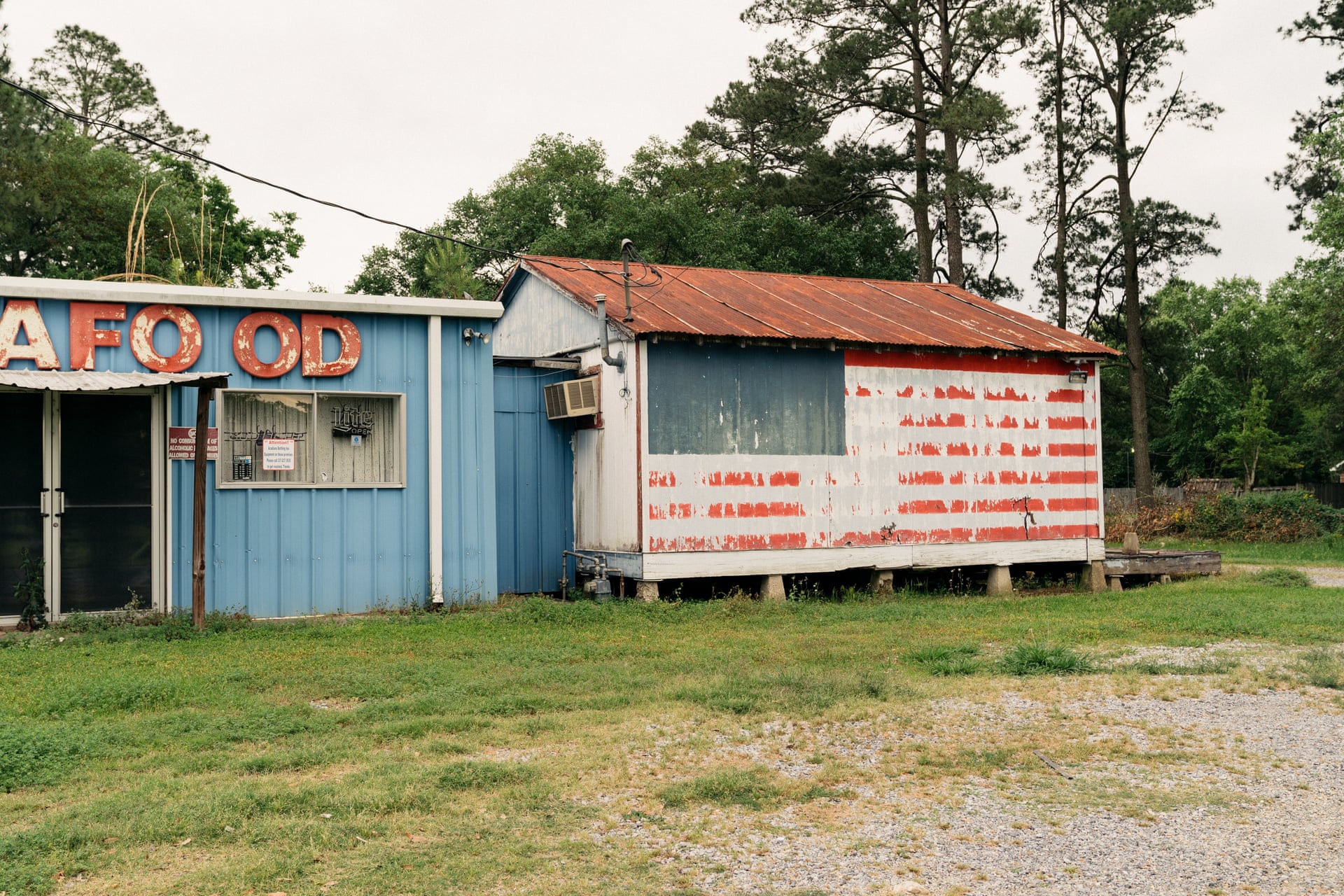 Katherine Newman is the interim chancellor of the University of Massachusetts, Boston, the Torrey Little Professor of Sociology, and author of Downhill from Here: Retirement Insecurity in the Age of Inequality (Metropolitan Books).

Annie Flanagan is a freelance photographer, filmmaker, and editor based in New Orleans, Louisiana.