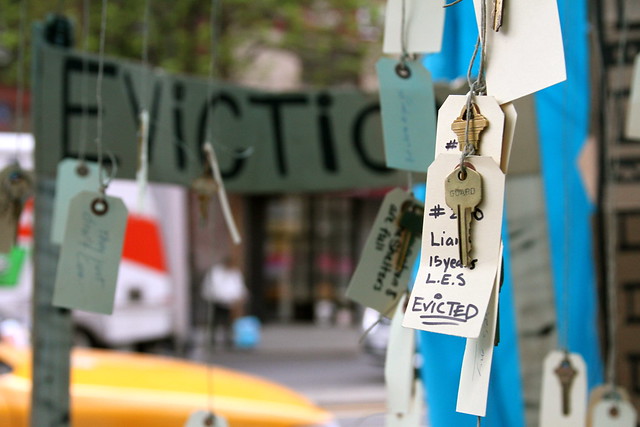 Photo by Linh Do
Housing

We have an eviction epidemic in this country. We’ve had one for a long time. And in this new four-part series from On the Media, host Brooke Gladstone will seek out the why and the wherefore — in search, ultimately, of a cure.

Millions of rent-burdened Americans face eviction filings and proceedings every year. On this week’s On the Media, what we think we know, and what we definitely don’t know, about America’s eviction crisis. Plus, how local journalists failed the Central Park Five.

1. Jim Dwyer [@jimdwyernyt], columnist for The New York Times, on his experience reporting on the Central Park Five trial.

2. We hear the story of Jeffrey, a security guard in Richmond, Virginia whose severe rent burden caused his family to be evicted.

3. Matthew Desmond [@just_shelter], founder of the Eviction Lab, explains what he and his fellow researchers have learned from their massive collection of eviction data.