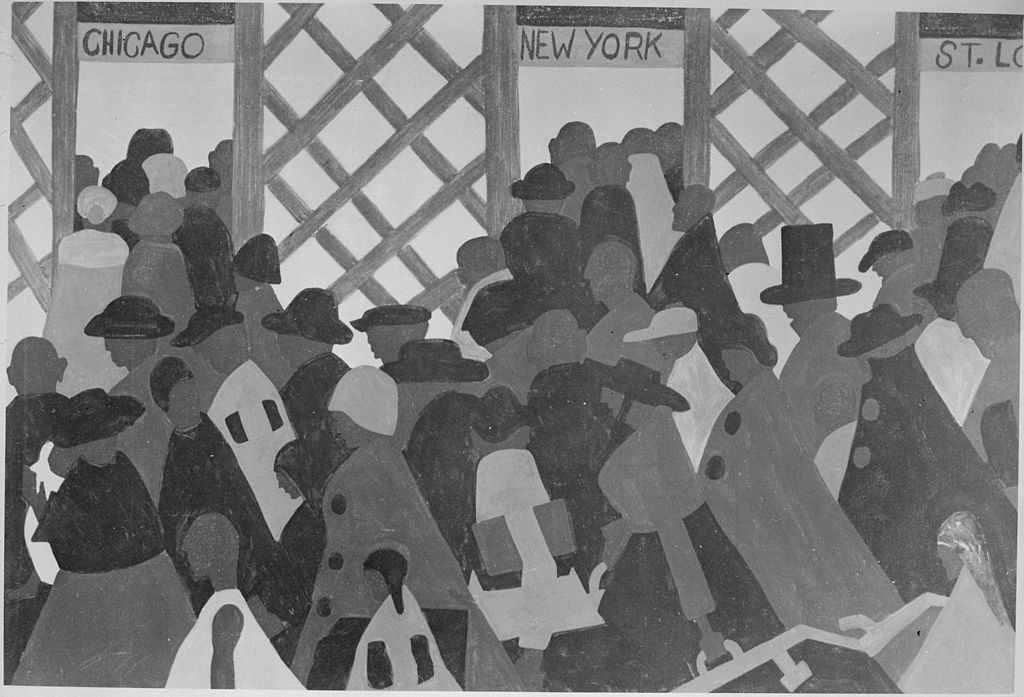 Illustration by by Jacob Lawrence
Housing

Home is in your heart and in your head, but mostly home is on land — acreage parceled out, clawed at, stolen, denied for decades and decades. First, there was Field Order No. 15, the Union Army’s plan to distribute 40-acre plots to the newly emancipated. That was a promise broken almost immediately. Later, there was the Great Migration, in which millions of African Americans fled north, where governments, lenders, and white neighbors would never let them own their land and build their own wealth. And now a system, purpose-built, extracts what it can, turning black and brown renters into debtors and evictees.

In the second episode of On the Media’s “The Scarlet E: Unmasking America’s Eviction Crisis,” they catalog the thefts and the schemes — most of which were perfectly legal — and ask how long this debt will fester forever.

Matthew Desmond, founder of The Eviction Lab and On the Media’s partner in this series, and Marty Wegbreit, director of litigation for the Central Virginia Legal Aid Society, point us toward the legal and historical developments that evolved into the present crisis. WBEZ’s Natalie Moore, whose grandparents moved to Chicago during the Great Migration, shows us around the top-evicting zip code in the country, on Chicago’s South Side. Hank Roberts, another descendant of a Great Migration refugee, tells the cataclysmic story of his family’s eviction from their Chicago home, owing to a particularly egregious form of housing exploitation. And Hank — who himself became a developer and a landlord — tells the story of his own recent experience with a delinquent, long-time tenant.

All music by Mark Henry Phillips, and:

This is a segment from On the Media’s June 14th, 2019 program, 40 Acres. To hear other episodes of The Scarlet E and to learn about the eviction stats in your own state, visit onthemedia.org/eviction.