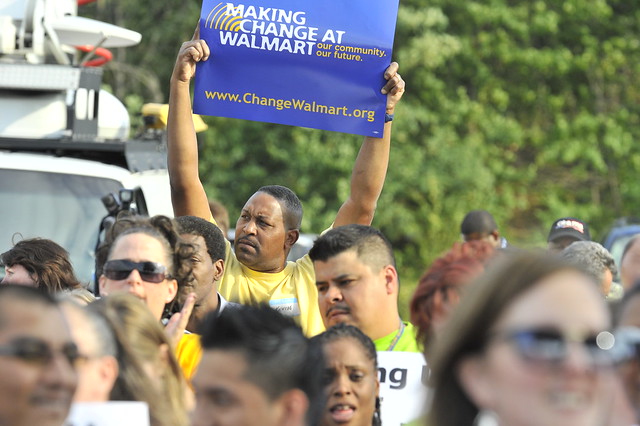 Labor Day Is a Government Scam

Labor Day weekend is almost here, and many people across the country will be enjoying the long weekend by firing up the grill or cramming in last-minute back-to-school shopping. Class war is probably the last thing on most folks’ minds, but it shouldn’t be. See, Labor Day’s history is a lot more complicated than you might think, and while it seems like a great idea — A federal holiday that pays tribute to the working class and gives everyone a day off? You love to see it! — there are some glaring problems with the holiday, going back to its inception. Honestly, it’s kind of a government scam.

The local and state celebrations began in the 1880s, but the federal holiday was born at the height of the 1894 Pullman rail strike, when 125,000 workers across 29 railroads walked off the job to protest wage cuts. Widespread political unrest swept the nation. Historians say that then-president Grover Cleveland was worried about losing working class voters in the run-up to the 1896 election, so he signed the Labor Day bill in an effort to appease labor leaders. A parallel historical narrative claims that the bill was signed to quell leftist political dissent and, in doing so, discourage the working class from organizing against their Gilded Age oppressors.

The full history may be a bit more complicated. There’s some disagreement over Cleveland’s intentions in passing the bill, especially since he didn’t seek re-election, but many historians agree that the idea for Labor Day actually came from a laborer: Peter J. McGuire, founder of the United Brotherhood of Carpenters and Joiners of America and an early leader of the American Federation of Labor, reportedly suggested the idea to the Central Labor Union (CLU) of New York, according to The Washington Post. Others say that the idea came from Matthew Maguire, the secretary of the New York CLU, but either way, the organization led the country’s first Labor Day parade, in 1882.

Other states followed, passing Labor Day legislation of their own, and in 1894, Cleveland signed the 83-word law designating the first Monday in September as “the day celebrated and known as Labor’s Holiday.”

Even if the holiday wasn’t intended to be a rip-off, it sure is now. The day that the Department of Labor says “celebrates and honors the greatest worker in the world — the American worker” only applies to some workers who have the luxury of a set schedule, and whose employers allow them to take that Monday off. For many workers, especially those in the fast food and restaurant industries, where businesses seldom close on federal holidays, and independent contractors, Labor Day is just another day on the clock. So much for being celebrated.

Labor Day’s original purpose — milquetoast as it may have been — has been further obscured by the onslaught of Labor Day sales, a ritual of mass commercial consumption second only to Black Friday in its ravenous capitalist largesse. During the 20th century, as the holiday’s radical past faded, parades and picnics became more popular ways to celebrate. It dawned on retailers that having that Monday off meant that people had a whole extra day to shop; thus, the blockbuster Labor Day sale was born.

It’s become a beach holiday, when parents and kids can let off some steam before the school year restarts, and stock up on new school clothes for half price. Working class rebellion has been traded for hot dogs, Bud Light, and bulletproof backpacks. Lucy Parsons, who helped lead the country’s first May Day parade in 1886, must be rolling in her grave.

That brings us to May Day, the true workers’ holiday, and to Loyalty Day, a faux “holiday,” the existence of which supports the theory that Labor Day was conceived as a dampener on leftist political organizing. In most other countries, May 1 is celebrated as May Day, or International Workers Day, and its history is intimately connected with U.S. workers’ long fight for the eight-hour workday.

In 1888, the American Federation of Labor chose May 1,1890, as the date for a massive demonstration advocating for the eight-hour workday; with that in mind, in 1889, the first Congress of the Second International, a federation of socialist parties and labor unions, also called for a global day of protest on May 1, 1890, in honor of the Haymarket Martyrs, eight Chicago anarchists who were arrested for a crime they did not commit (four of them were hanged). One of the martyrs, Albert Parsons, and his wife, Lucy, an accomplished anarchist writer and orator, had been deeply involved in the fight for the eight-hour day; they led tens of thousands of unemployed workers down the streets of Chicago on May 1, 1886, as part of a nationwide general strike, three days before the fateful May 4 rally that led to his and his comrades’ unjust arrest and execution.

That first unofficial May Day parade was followed by bloodshed and a sham trial, but the Second International’s efforts to honor their sacrifice had a global impact. Now, May Day is a recognized holiday around the world, celebrated by many radicals as a day of action and solidarity. The U.S. is an outlier in its refusal to formally recognize May Day, let alone International Workers’ Day.

But its implementation of Loyalty Day is even more insidious: In 1955, at the peak of the anti-communist Red Scare helmed by Wisconsin senator Joseph McCarthy, Congress passed a resolution deeming May 1 “Loyalty Day.” The explicit aim was to counter the impact of May Day rallies around the globe. Three years later, in 1958, it was enshrined as an annual holiday (albeit without any real perks) and has been reaffirmed via annual proclamations issued by every president since Eisenhower.

Even that was a half-cocked effort, though; from 1921 to 1958, May 1 was officially known as “Americanization Day” — a “holiday” of forced patriotism conceived after the 1917 Bolshevik Revolution in Russia and a renewed
current of militancy within the American labor movement. Its name and intent only changed in the late 1950s as the specter of communism haunted the chambers of government and the House Un-American Activities Committee hunted down leftists and suspected sympathizers in a scarlet inquisition.

The government was in such a tizzy from workers demanding rights that it didn’t even stop to pick a new day for America-palooza; the government just repurposed an older, somehow creepier version. What Eisenhower envisioned as a day for “solemn re-evaluation of those priceless gifts of freedom which are our heritage,” during his first Loyalty Day address, Trump twisted into a threatening, jingoistic word salad (as is his wont).

Americanization Day, Loyalty Day, and Labor Day have one troubling fact in common: They are stark evidence that the U.S. government has long held a vested interest in quashing dissent and cracking down on radical political organizers; in this case, the anarchist, communist, socialist, and trade unionist workers who were behind some of the greatest working class struggles of the 19th and 20th centuries. Since then, the government has gone after radicals of almost every stripe (except the ones wearing swastikas and white hoods), from its war on civil rights leaders to the murderous COINTELPRO operation, its brutal repression of anti-war movements, and its current obsession with “Black Identity Extremists” and antifa.

The erasure of May Day has robbed the U.S. working class of one of its most sacred holidays, and despite the legitimate aspects of its history (shout out to the NYC CLU), Labor Day remains a pale substitute. It’s also an enduring reminder that the Trump administration’s demonization of the free press, its war on labor unions, and its continuing repression of anti-fascists and the radical left in general is nothing new, and far from an aberration. It’s just the American way.

Kim Kelly is a writer, radical organizer, and labor columnist at Teen Vogue.