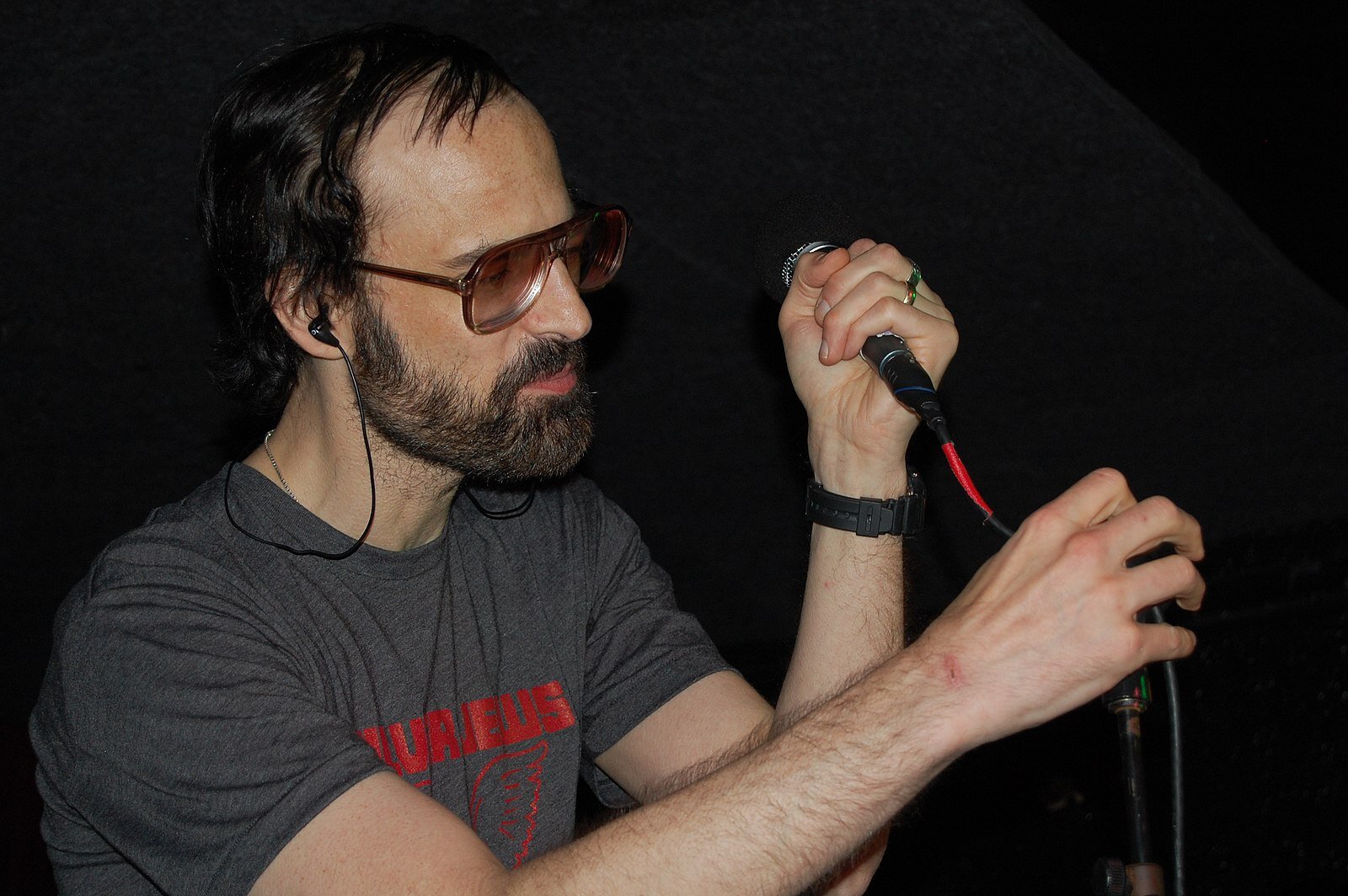 The lead singer of the indie rock band Silver Jews, David Berman, died last month at fifty-two, a suicide in Brooklyn. While he might at first glance appear just another icon of Gen X, an embarrassing phrase back in the day that now seems accurate, Berman reflected that generation’s ironic, dark hunches about existence. As he put it in one song:

What if life is just some hard equation
On a chalkboard in a science class for ghosts?
You can live again,
But you’ll have to die twice in the end.

The Silver Jews’ most renowned albums, The Natural Bridge and American Water, were made during the 1990s, a decade when the shrug, albeit an ominous shrug, was a key artistic gesture. They also created other great works, Bright Flight and Starlite Walker among them. There was also Actual Air, Berman’s 1999 collection of poems that have the same passion for Americana, absurdism, and an everyday melancholy that marks his songs. When I reviewed that book twenty years ago, I wrote that it was full of “a gently self-deflationary nostalgia” and “simultaneously gothic and idyllic.” (“Back when we were interesting / we had sunsets with play sadness. / bird control units / and a new substitute for the upstairs.”)

The book shepherded the decade to a close and showed what his listeners already had guessed, that Berman was a real poet, not just “poetic,” as some more famous singers are falsely credited with being. He was a protégé of the poet James Tate, with whom he’d studied in graduate school: the two influenced each other to the point that Tate named his last book after a line from a Berman song.

In the poetry and the albums, Berman’s poetic voice or his plaintive baritone insists that another truth is out there, a source of black humor: there were no jobs to be had, we had graduated into a recession, we would eternally be unpaid interns; if we were female, we faced endless harassment—without the language to describe, let alone protest, it; and many vulnerable people in our midst were overdoing it on anti-depressants, Ritalin, or Jim Beam. Berman struggled with it all: crack and Fentanyl and serious depression. “In 1984,” he wrote in one of his most memorable lyrics, “I was hospitalized for approaching perfection.” But he seemed to succeed in making his personal demons not an aberration, but something woven into and speaking for the experience of a generation.

His songs for Silver Jews had as their underpinning this sour, low-stakes refusal of the smugness and falsehoods around us, many which were political in nature. It was a pickled rejection of the upbeat mainstream. As a recent piece in Pitchfork put it, Berman’s sometime collaborator Stephen Malkmus—and Berman himself—have become a “lazy shorthand for ‘ironic slackers,’ a reputation that’s always undersold the emotional distress and subtle social commentary” of their best writing.

Berman’s songs were metaphysical half-nods, cynical but joking whispers, poignant, lazy singing of serrated couplets that consistently nudged their Gen X listeners about the falsity of the world around them. You could even say that Silver Jews’ and Berman’s sensibilities sprang from a refusal of the exploitatively cheery tone that surrounded the terrible things that were happening in a supposedly Democratic decade, such as the premature end to Aid to Dependent Families and Children (AFDC), the creation of workfare, the Clinton administration’s “don’t ask, don’t tell” policy on lesbians and gay men serving in the military, and even canned Friends-style television (bizarrely now making a comeback). It only seemed to get worse, not better, when culture became digitized and the freedom of the Internet was as quickly commodified.

Not coincidentally, the 1990s were also the moment of the rise of the lobbying industry—which included Berman’s own father, Richard Berman, a gun, fossil-fuel, tobacco, and anti-labor lobbyist whom his critics dubbed “Dr. Evil.” Berman senior’s specialty was forming fake advocacy organizations to shill for corporations. Father and son were estranged. In retrospect, the title of his poetry book, Actual Air, might perhaps be a buried homonym for the identity he had buried—that of being the “actual heir” to a father he considered “a despicable man” and a “human molestor [sic].”

Perhaps Richard Berman spurred Silver Jews’ many songs that feature a vile overclass at their center, imagining its crimes: women getting blown up while lying on their tanning beds, a “Carbon Dioxide Riding Academy,” aligning dressage with greenhouse gases. Richard Berman might also have had something to do with why David Berman valued failure—“All my favorite singers couldn’t sing,” he crooned. Berman—along with other indie greats also gone too young: the sublime, alcoholic Jason Molina of the Magnolia Electric Company or Mark Linkous from the band Sparklehorse—was openly troubled, openly poetic, openly marginal, openly sloppy, and openly democratic. He had what the writer Seymour Krim, in his famous 1971 essay on American failure and his own, called “the voice of scars and stars talking.”

Part of Silver Jews’ success was their failure. But it was a failure that seemed to question the standard metrics, as if to say: I can run backwards and still win your game.

In many of songs, though, Berman wasn’t about losing. He and Silver Jews celebrated an evaporating pre-digital America. His songs were set in Dallas, Texas, where he was raised, as well as in Detroit, Michigan, North Carolina, and Nashville, Tennessee: this was one way he was trying to get to the honest heart of America, and it seemed good for his prosody that these places were, in both poetry and indie rock, underexposed. And they came offering lyrically titled highways and bridges (like Virginia’s Natural Bridge in from the album of that name), malls serving drinks with colors worthy of Wallace Stevens, and menus with picturesque-sounding dishes (“Buckingham Rabbit”), and bands where a singer might be paid “by the tear.”

Of all of the encomiums yet published after Berman’s death, the writer Alexander Billet described best what Berman’s songwriting captured:

Even if we never find our way out of the morass—late capitalism is adept at burying us in it—the hope that we might is enough to keep shuffling on. That hope was what David Berman’s work was… his ability to paint landscapes and scenarios that ached to be more than they were.

These lyrics of landscapes and scenario are tattooed on my limbic system, synonymous with youth, malaise, Americana, poetry, and longing. With his death, I couldn’t help but revisit my own “memory motels,” as if in a Silver Jews song.

Most of us learned about Silver Jews from friends with great taste and I was no exception—thank you, Margaret. I had a mixed CD with some words of Berman’s written on
it—“from the digital fountains to the analogue mountains”—and images of fountains and mountains in black ballpoint pen. (This was before “the digital fountain” utterly consumed almost all of us.) Then, about a year after reviewing his poetry book, I actually met Berman at a house party in Kentucky during the Derby weekend. He sweated and talked profusely, clad in aviator sunglasses and a 1970s acrylic shirt. I was macerating mint for juleps in the corner, and we talked about early Tate and why the party’s apparent host had a pillow set up for sleeping on the roof.

In 2003, Berman conceived a plan in which his intense and self-destructive trajectory would intersect with America’s history. He rented the Al Gore suite in Nashville’s Loews Vanderbilt, which was the campaign office that Gore left when he went to make his concession speech (before withdrawing it after the Florida ballot threw the election outcome into question). There, he intended to attempt commit suicide. He was, according to one of the accounts in Fader magazine at the time, overdosing on crack and pills as he stalked the corridors in a Brooks Brothers suit and yelled at the bellboy, “I want to die where the presidency died,” referring to the 2000 election. This was a crystalline Berman line, a painful yet hilarious amalgamation of the public and the private, the presidency and his own life, the hotel suite and the American electoral process.

Maybe the blending of the public and the private in an associative fashion left Berman even more haunted by his father’s wrongdoings than he otherwise would be. Whatever the case, he ultimately retreated from public life. “Previously I thought that through songs and poems and drawings I could find and build a refuge away from his world,” he wrote. After a certain point, he no longer felt he could.

Like Berman, then, we listeners are now in an era of disillusion and deflated possibility. Berman released into this atmosphere a last album, named for his new band Purple Mountains, just two months ago. It was forged in misery: the title of one song, “All My Happiness Is Gone,” is just one sign. The album’s more hopeful lyric involved a character apparently couch-surfing at a friend’s in Brooklyn, which is given existential dimension:

And on the couch, beneath an afghan
Lies an old friend he just took in
Seeking shelter from the cold wind.

One of his last interviews contains a further clue to his thinking, when he paraphrased the psychoanalyst Otto Rank: “The neurotic fails thru incessant vacillation. The artist succeeds in giving shape and form to the conflict and ejects truth and beauty.”

Berman did both of those things, and then he stopped vacillating.

Alissa Quart is the author of a forthcoming poetry book, Thoughts and Prayers, and her non-fiction book, Squeezed, is just out in paperback. She is the Executive Director of the Economic Hardship Reporting Project.