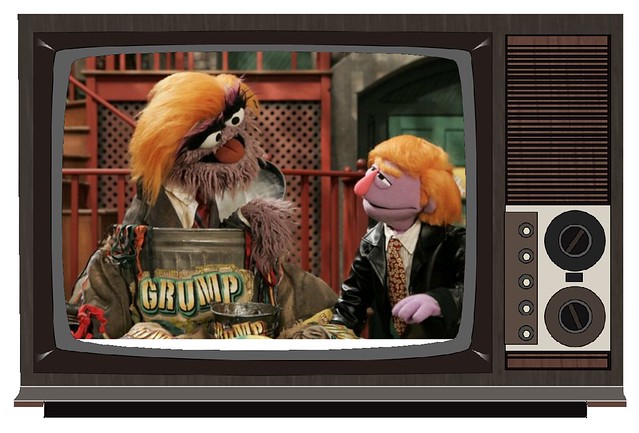 Sesame Street Changed My Life. We Must Protect It So It Can Mold More Kids’ Lives.

When I grew up in the 1970s, my father often sat in either an alcoholic or drug-induced stupor. Unwilling or unable to engage with me and my young siblings when my mother wasn’t home and he was left in charge, he would often disappear after putting on the TV, which served as the “adult” in the room for us. This meant that as a toddler, I thought of Oscar the Grouch, Cookie Monster, Bert and Ernie, and all the other residents of Sesame Street as my pseudo-family.

Sesame Street, celebrating its 50th year, brought me a feeling of stability otherwise absent from my childhood. I was one of the millions of American children who tuned in regularly to be transported to a place that felt safe and familiar.

My actual family moved at least a dozen times before I started kindergarten. Given our poverty — we never rose above the eligibility line that qualified us for government safety net programs — and my father’s frequent encounters with the police for domestic violence or drug offenses, we rarely stayed in one place for more than two or three months. Instead, I memorized the address of every building on Sesame Street and could describe in detail the layout of Mr. Hooper’s store and Bert and Ernie’s basement apartment. I imagined what it would be like to sit on the front stoop of 123 Sesame Street while Oscar offered sarcastic commentary from his trash can nearby.

Sesame Street, however, is now something of an anomaly. It’s not like most other visual programming that today’s kids from lower-income backgrounds like mine may be ingesting on a daily basis from their video game console, TV or even a cellphone. Pre-schoolers can be found watching popular shows like “Mickey and the Roadster Racers,” “Dinotrux,” “Paw Patrol,” and others with lots of loud noise, fast-moving animation and high-tech effects.

On top of the ability of kids from lower-income backgrounds to choose and consume lesser fare given the abundance of such choices, there is also President Donald Trump’s proposed elimination of the Corporation for Public Broadcasting (CPB), which provides funding for PBS. The CPB says that 95% of its federal appropriation goes directly to local public media stations, along with related services and infrastructure.

The administration’s attacks on public broadcasting trouble me because kids, especially those in low-income families, desperately need all the educational support and intellectual encouragement they can get. Sesame Street helped save my young mind ― and those of many others ― and it still does today. And so I believe we must do everything we can to support the show and the CPB.

After all, I can still recite the lyrics to “Ladybugs’ Picnic,” which centered around the number 12, and vividly recall videos where a pinball would zip through all sorts of locations as a specific number was repeated while a snappy musical track played in the background. I learned basic math skills by watching the Count. I taught myself how to read by the age of two and by the time I started school, I had advanced far beyond my grade level — an advantage I can’t imagine having gained without the lessons offered by Grover, Kermit and Big Bird.

“You were exactly the kind of kid this programming was done for,” Dr. Kyle Pruett, a Yale University professor of child psychiatry and Goddard School advisory board member who previously served on the Sesame Workshop board of directors, told me. “From the beginning, the team behind Sesame Street was focused on measurable educational outcomes, and curriculum guided by informative research. Nobody else on television was thinking about that then.”

For kids like me, Sesame Street accomplished its mission, and much more.

A study published January in the American Economic Journal: Applied Economics found that children exposed to the show during its first season were 14% more likely to be attending the grade-appropriate for their age in middle and high school years. Positive results were particularly pronounced for boys, Black and Hispanic children, and children living in economically disadvantaged areas. The study cited Sesame Street as “the biggest, yet least costly, early childhood intervention” ever implemented in the U.S. costing pennies on the dollar compared to other early childhood education programs like Head Start.

One of the study’s researchers noted that when Sesame Street began, “on any given week, half of two- to five-year-olds were watching the show, and by some estimates over a six-week period there was near saturation,” adding that “in some disadvantaged neighborhoods, nearly 90% of kids were watching it.”

Sesame Street’s success served as the catalyst for a cultural shift in children’s entertainment, proving the value of — and demand for — educational shows.

The show’s arrival had been groundbreaking. “Most of the children’s content consisted of cartoons and brainless kiddie shows,” Michael Davis, author of Street Gang: The Complete History of Sesame Street, told me. “Compare that to Sesame Street, created by experts in child development, psychology, education and sociology.”

Obviously, the media landscape has changed over the last 50 years. Kids today have a seemingly endless array of options they can watch on television, online or via other electronic devices. That can be a mixed bag. The wider variety means there is more likely to be something that appeals to everyone. But there are also plenty of options that many parents might consider too violent and overstimulating for kids, especially those in the pre-school set, or that don’t provide the same kind of opportunities for learning that Sesame Street does.

The show is still going strong and has developed a global audience. Sesame Street’s YouTube channel has close to 9 million subscribers, and children in more than 150 countries can watch the program every day. Customized versions of the show — featuring the language and cultural aspects of a particular region — are broadcast in countries including China and South Africa. It continues to be a cultural phenomenon and continues to change and enrich children’s lives.

And Sesame Street is about more than just learning. For me, the show once provided ― and even now provides ― a sense of normalcy and community. I took to heart some sorely needed reassurance from the show that it was okay to be different. On Sesame Street, creatures of all types, colors, species and planetary origins played together and helped each other. When Oscar sang about how much he liked trash, I absorbed the idea that it was okay — even cool — to be into quirky things. It made it feel not quite so bad ― something I desperately needed because I spent so much of my childhood struggling to overcome so much.

We need to support Sesame Street and the CPB to ensure the show is available to all children, and we need more resources like it for kids from backgrounds like mine or we will lose what we began to achieve a half-century ago.

Bobbi Dempsey is a freelance writer and a communications fellow at Community Change. Her work has appeared in The New York Times, Parade, Harper’s, The Guardian and other publications. She is writing a memoir about growing up in extreme poverty and moving 70 times as a child. You can follow her on Twitter at @bobbidempsey or check out her website at bobbidempsey.com.

Bobbi Dempsey is the author of several nonfiction books, including Degrees of Desperation: The Working-Class Struggle to Pay for College. She has been writing for EHRP since 2018, including resonant personal essays on her own experience of poverty. She has also written for The Guardian, The Atlantic, The New York Times, Parade and Harper’s, winning an award from the American Society of Journalists & Authors. 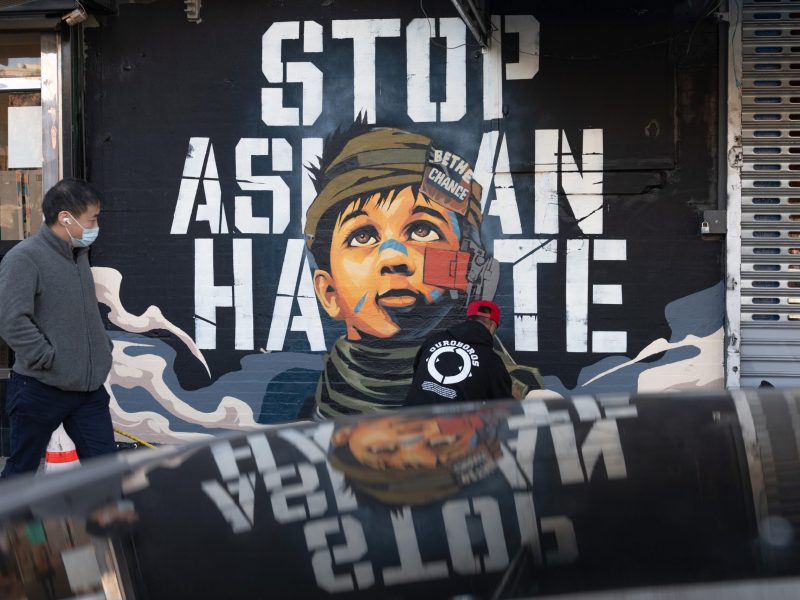 Stop Viewing Asian Americans and Pacific Islanders as a Monolith