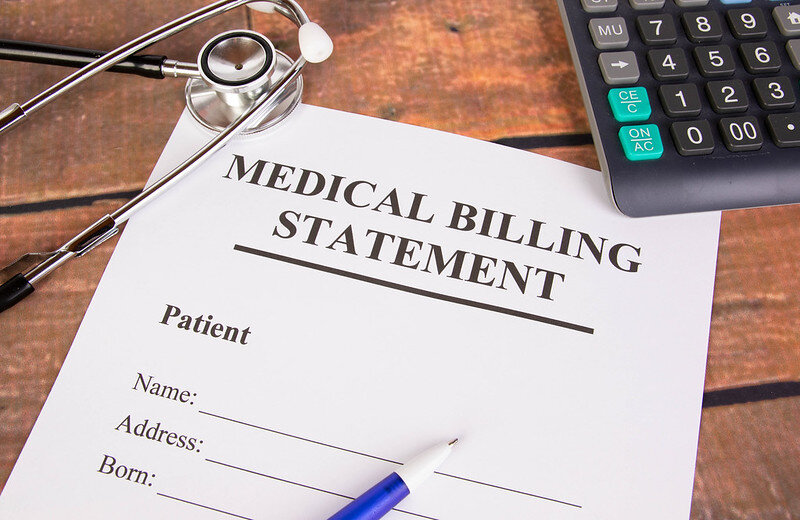 I was part of the group that spearheaded the effort. We sent letters to thousands of people across the country telling them their debts had been erased, no strings attached.

Why did we do it? The answer is simple: healthcare is a human right and medical debt is a moral and political abomination. In the richest country in the world, it is obscene that millions of people are pushed into poverty and insolvency because they had the bad luck of getting sick and needing to see a doctor.

Last week, the presidential candidate Bernie Sanders followed in the Rolling Jubilee’s footsteps. His campaign made history by declaring that $81bn of past-due medical debt belonging to more than 46 million people would be wiped out should he win the White House. Under a Sanders administration, “the federal government will negotiate and pay off past-due medical bills in collections that have been reported to credit agencies”.

Sanders also proposed that the IRS “review the billing and collection practices of the nearly 3,000 non-profit hospitals to ensure they are in line with the charitable care standards for non-profit tax status, and take action against those who are not”.

Thrilled as we are to see a presidential candidate proposing to scale up the basic premise of our scrappy activist project to the national level, we believe that buying medical debt is not necessarily the best approach. Why should debt holders’ property rights be respected when the debts in question are immoral to begin with?

One reason debt collectors are notorious for desperate, high pressure and deceptive tactics is because the vast majority of medical debt in collections is already out of statute. There is no legal force these collectors can appeal to in order to compel payment on out-of-statute debt, which is why many hospitals and collectors end up writing this debt off. What’s more, as many as 94% of debts cannot be substantiated in court because creditors lack the necessary paperwork. (This is why the Debt Collective has created a debt dispute tool that anyone can use, free of charge, to challenge any debt currently in collection, including medical bills. If you take the time to dispute your debts, there’s a good chance the collector will back off and you won’t have to pay.)

The secondary market for medical debt only exists because the state enforces the legitimacy of the debts in courts of law. The government should start to treat medical debt the way it treats debts to the mafia, which is to say that such debts have no legal legitimacy. If the state stopped defending the property rights of predators, the problem of medical debt would disappear.

We need a method of debt cancellation that refuses to compromise with vultures who profit from suffering. That said, if government officials insist on purchasing medical debts in order to erase them, they should do it in a way that paves the way for more wide-scale debt relief for those who desperately need it.

Consider an idea from the British journalist Grace Blakely. In her book Stolen: How to Save the World From Financialization, she proposes a new public banking system that could buy various kinds of debts, imposing a haircut on private banks and creditors, in order to refinance them at dramatically reduced interest rates or even write them off entirely. Variations of this idea could be used to address not only the problem of unpayable healthcare costs but the broader crisis of American consumer debt, ranging from mortgages to credit cards to payday loans.

Just last year, the Debt Collective executive director, Laura Hanna, a veteran of the Rolling Jubilee, advised the New York state assemblyman Ron Kim on a plan to redefine debt as property under eminent domain law. This brilliant conceptual leap would allow public officials working at the state level to reimagine ways to protect their constituents from bad financial actors.

Last year, 8 million people were pushed into poverty because of medical expenses. The personal stories told at a recent Sanders-hosted town hall were gut-wrenching: a beloved wife who died of colon cancer, avoiding treatment because of the expense; a $40,000 bill for an ectopic pregnancy that didn’t even require an overnight stay; families rationing life-saving medicine such as insulin between ill parents and young children.

Any truly permanent solution to our medical debt crisis must tackle the problem at the root. No one should have to choose between life-saving medical care or food and shelter, and in countries with free and universal healthcare, medical debt doesn’t exist.

In the meantime, we can back candidates who accurately diagnose the problem of medical debt and are willing to fight for indebted Americans who need help. Sanders’ plan gets us closest to a cure.