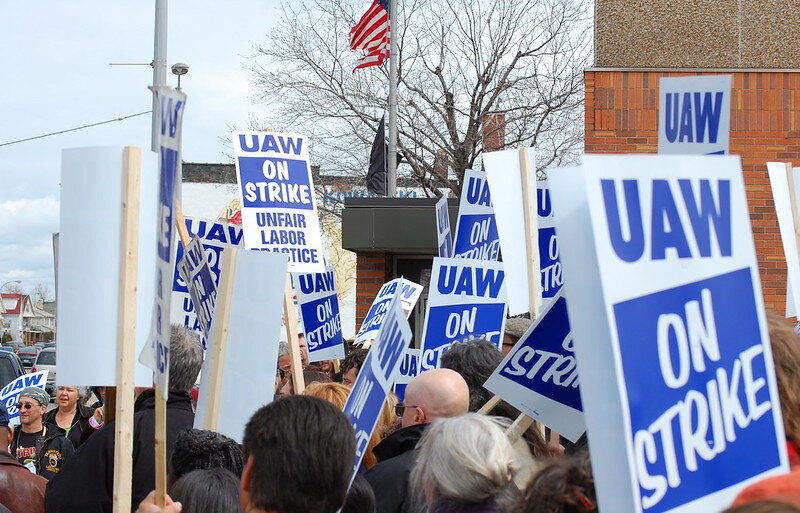 The Last Stand in Lordstown

Chuckie Denison has retired from General Motors, and the auto plant where he worked, in Lordstown, Ohio, has been shuttered since early March. But lately he’s been showing up there nearly every night, reporting for duty: manning the picket line that has run around the clock for the past 38 days, ever since 50,000 GM workers across the country went on strike. “I worked third shift through my career, so it was easy to go back to nights,” Denison said. “Sometimes we’re out there 24 hours straight, until we literally just passed out on our steering wheel. We’ve done everything we had to.”

The question is whether they’ve done enough—or could ever do enough—to resuscitate the plant, which produced the now-discontinued Chevrolet Cruze, and to restore the livelihoods of its 1,600 workers. A tentative agreement struck last week between the United Auto Workers and GM would give all workers a one-time bonus, while also accepting the plant closures in Lordstown, Baltimore, and Warren, Michigan. Now it’s up to local UAW shops to reject or ratify that deal, with Lordstown workers getting their say on Thursday.

GM has claimed it “is committed to future investment and job growth in the state of Ohio,” and reportedly has offered to open a battery plant near the Lordstown plant. But those jobs wouldn’t be covered by the UAW’s contract with GM. “Our people need work for GM because they have vested pensions,” said Tim O’Hara, president of UAW Local 1112, which represents Lordstown workers. “Working for a separate company for $15 or $20 an hour, yes, it is good for the valley for jobs, but for us as Local 1112 members, it is not really going to help us out.”

If the contract is ratified and Lordstown remains closed, there will be hard decisions ahead for the workers. “Do they want to end up pulling up stakes and moving their families to whatever state GM sent them to, or to cut ties themselves and basically just quit the company?” O’Hara said.  “They’re going through a lot of thinking and heartache right now.”

But ratification remains a big “if.” Earlier this week, workers at GM’s Spring Hill, Tennessee, facility narrowly rejected the agreement, 1673 to 1666. According to O’Hara, about 350 workers from Lordstown had been transferred to Spring Hill earlier this year, which likely affected the “no” vote. He expects a similar result on Thursday. “Just speaking for 1112, I’m going to say the majority of them, no matter whether they’re in the Valley or in another state, will probably be voting no,” O’Hara said. Denison agreed: “I’ve talked to a couple people that were on the fence, but I haven’t heard, ‘Yes, I’m voting on this.’ The overwhelming majority are ‘no’…”

As I wrote in June, Lordstown workers have a history of rebellion—both against the company and the UAW International. “I have been feeling for several months that we probably would not be reopened,” O’Hara said. “I know that GM was dead set on never opening that plant again and I think they wanted to break up Local 1112 because the local’s always been a thorn in their side, going all the way back to the early 1970s.”

In the 1970s, Lordstown was ground zero for working-class disaffection. “A new generation of workers who came of age during the counterculture and Vietnam War era had little interest in listening to the authority of the foremen in their factories,” said Erik Loomis, historian and author of A History of America in Ten Strikes. “They didn’t have much interest in spending thirty years working the drudgery of a GM assembly line either. They wanted more control over their lives on and off the job.” The workers struck in 1972, demanding changes to the production process, slowing down the assembly line and reining in belligerent managers. But the UAW leadership settled with GM for the usual terms: improved wages and benefits, rather than more control over production. “The Lordstown strike of 1972 could have been the first blow toward a new era of thinking about work and life for the American working class,” Loomis said. “Instead, deindustralization, capital mobility, automation, and union-busting decimated the working class.”

The current strike was long-brewing, born of decades of concessionary contracts—particularly the two-tier (in practice, more like four-tier) wage system that was agreed to during desperate economic times in 2007. And once again, the Lordstown workers feel betrayed by UAW’s leaders. “To me, the strike was a huge fail on International’s part, because the membership did their job, and then some,” Denison said. The members from around the country came together not because the International leadership asked them to, he said, but “because they’ve been beaten down so much in the factory shop floor.”

“The ability of UAW leaders in Detroit to reopen factories such as Lordstown is pretty limited. The union isn’t that strong anymore,” Loomis noted. “On the other hand, in the nearly half-century since Lordstown, union leaders also haven’t thought outside the box to empower communities such as Lordstown and have too often worked with companies to actively disempower workers in exchange for small contract victories and good relationships with the Big Three automakers.”

The fight over this proposed contract is about the future of auto manufacturing—the shift to electric cars, and the workers who will be hired as older workers retire. The choice to close the Lordstown plant and sell it, to open a different facility outside of the main GM contract to produce new batteries, is a shift to make the jobs of the future worse than the autoworkers’ jobs of the past, with less pay and less power.

To O’Hara, what happened at Lordstown means “there is no such thing as job security anymore.” To Denison, it means we should reconsider the very shape of manufacturing. “Why do we need CEOs? Why do we need shareholders?” he said. “This is the valley’s plant. This is Ohio’s plant. This is our plant. So why can’t we build our own vehicles in there? Why can’t we go up there and build a crew? Because I guarantee we could do it a lot more efficiently, with a lot better quality than General Motors can.”

He’s not the first to have had this idea. Since my previous article on the subject, Bernie Sanders has released a “right to own” proposal that would allow workers to buy a plant that was being closed by its parent company, and run it themselves. For Denison, that would be an opportunity for the workers to lead on making green technology: “There’s no reason why we can’t switch to green energy at the snap of a finger. The only thing that keeps us from doing that is greed.

It’s not just corporate greed that has held them back: UAW leaders are facing corruption charges that have dogged the bargaining process and cast a shadow over the strike. But Denison sees this strike as just one battle in a much longer war. “We put everything we had in this strike … so that no one has to work for seven, eight dollars an hour. No one should have to work 40 hours and not be able to receive health care they need,” he said. “I hope we can carry this momentum, this energy and continue this all day, every day, live it, breathe it. I hope somewhere, somehow a new labor movement has started in this country, because it needs to happen now.”

Sarah Jaffe is the author of Necessary Trouble: Americans in Revolt (Nation Books). 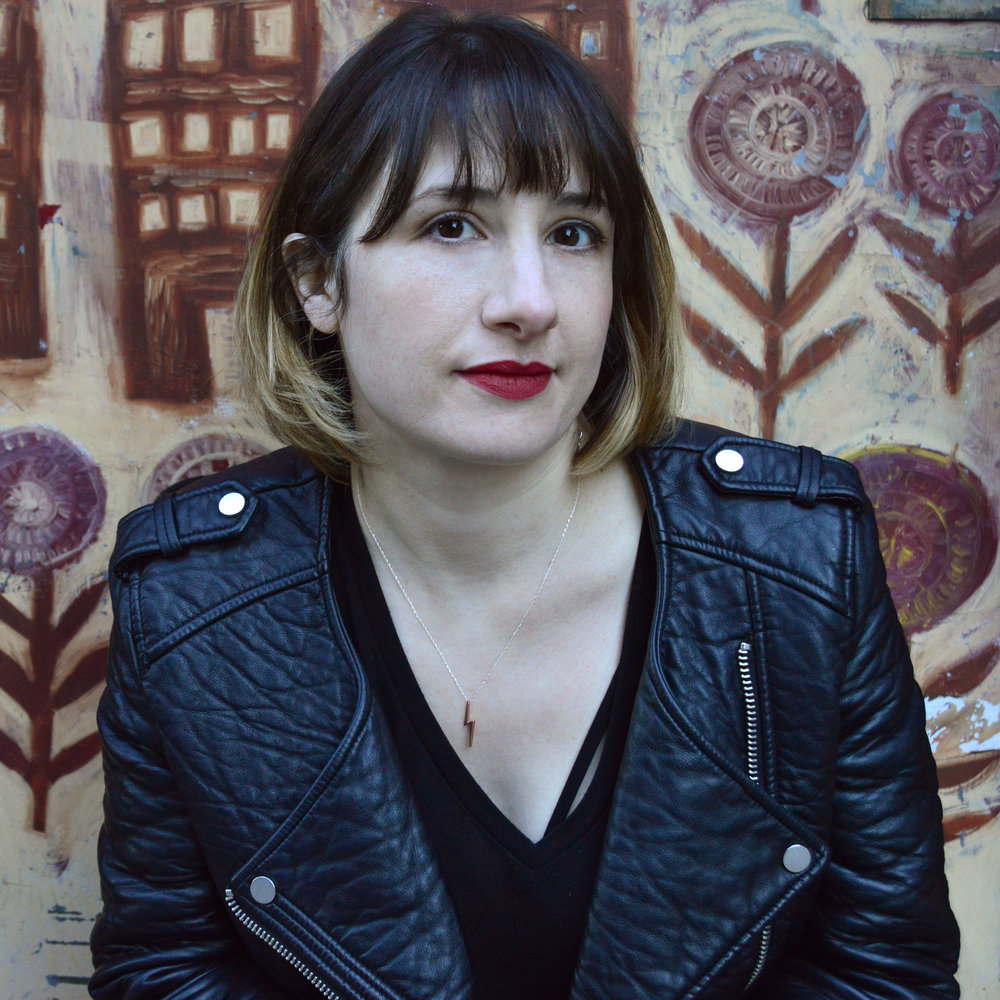 Sarah Jaffe is the author of Necessary Trouble: Americans in Revolt (Nation Books).