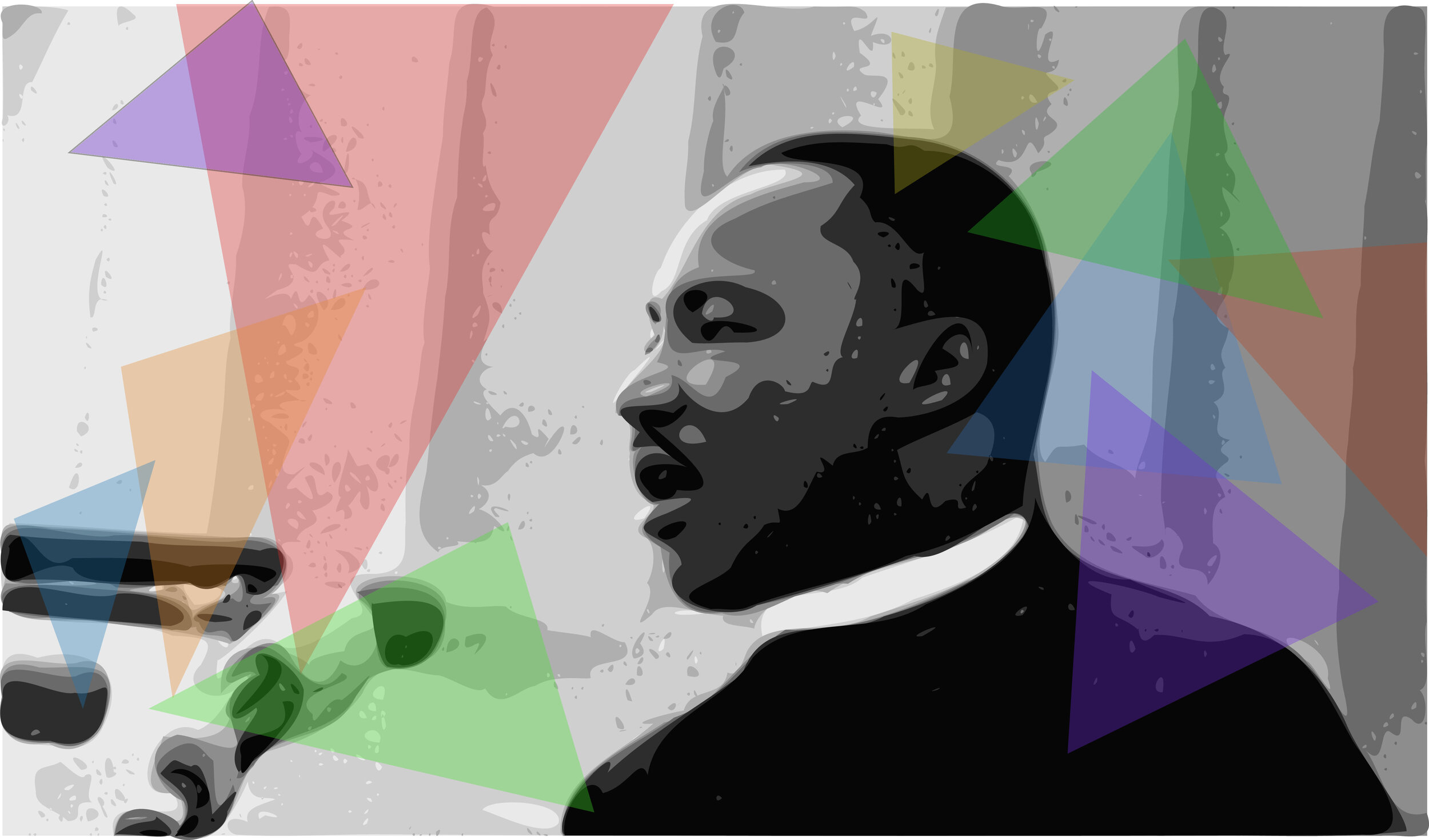 We Need More Poetry in Politics

Camonghne Felix became the director of surrogates and strategic communications for Senator Elizabeth Warren’s presidential campaign in June. She is also the author of “Build Yourself a Boat,” a debut collection of poetry that was recently included on the long list for a National Book Award. Ms. Felix’s writings describe sexual assault, firsthand experience of abortion, and police violence, including poems about the trial of George Zimmerman, the man who shot Trayvon Martin.

Should we be surprised about a link between the highest levels of our political world and our most acclaimed poetry? I don’t think so — and I think we should get ready for more of it, because it’s coming and we need it, desperately. Political rhetoric can be so mangled these days, as President Trump and his cronies alter our language for the worse, renaming white nationalists “the alt-right” and calling journalism “fake news.“

And there is still the longstanding problem of the apparatchiks who repeat the rote colorless verbiage (“the American people,” for one) within our political sphere. The effect is of air trapped in a room where the windows are closed. We are being failed in so many ways, even with the language we communicate in, and by the predictable ways those in power can use and abuse it.

In recent months, Senator Warren has become an even more effective storyteller. During a rally last month she conjured the Triangle shirtwaist factory fire in rich detail: “It was March 25, 1911; it was a Saturday. And at about 4:45 in the afternoon, people walking through this very park looked up and saw black smoke billowing into the sky.” While still professorial, Warren’s campaign speeches are increasingly verging on lyrical.

This strategy worked well for Barack Obama during his presidential campaign in 2008 — his stirring speeches were often compared to poetry, drawing on eloquent orators and activists like the Rev. Dr. Martin Luther King Jr. and Reinhold Niebuhr. (Fittingly, Mr. Obama dabbled in lyrical poetry as a college student and is a notable champion of poets.) In his famous address “A More Perfect Union,” about racial tensions and his former pastor, Jeremiah Wright, he echoed the phrase “that anger” several times for emphasis:

“That anger may not get expressed in public, in front of white co-workers or white friends.”

“At times, that anger is exploited by politicians, to gin up votes along racial lines, or to make up for a politician’s own failings.”

“That anger is not always productive; indeed, all too often it distracts attention from solving real problems.”

Off the campaign trail there is an audience for poetry, especially in relation to social issues. The video of the feminist writer Lily Myers performing “Shrinking Women” has received more than 5.8 million views on YouTube. (“Women in my family have been shrinking for decades; we all learned it from each other, the way each generation taught the next how to knit.”) The self-described feminist poet Reuben Holmes, who writes under the nom de Instagram “r.h. Sin,” has a million-strong following and his last collection of poetry was a New York Times paperback best seller.

Other poets have found success via their highly expressive readings of political verse on YouTube. And generally, poetry readership is up: Almost 12 percent of American adults read poetry in 2017, according to a National Endowment for the Arts survey, up from nearly 7 percent of adults in 2012.

As someone who has just written a book of politically minded poetry and has started an initiative to support documentary poetry — reported poetry based on interviews or oral histories — I believe mixing poetry and politics is more than just kooky fun or a hybrid experiment. It’s also crucial when faced with a sense of social powerlessness that can set in after one too many stories about, say, skulduggery in Ukraine, or white nationalists on the march.

Empathy fatigue emerges, for instance, when readers become inured to the stories of the many homeless encampments now dotting California, when they can no longer bring themselves to feel, read or vote after being bombarded by too much bad news. What poetry can do is make some of these phenomena vivid and personal in a way we’re not used to.

If the language we hear on television broadcasts no longer stirs us to do anything more than tweet our dismay, poetry can express something new (or something old in a new way), and this can energize us to take action. Poetry’s wordplay — what Gerard Manley Hopkins called “common language heightened” — can combat clichés and received wisdom.

Redacted poetry (also called erasure poetry), where words are blacked out and the remaining words are the poem, is a growing art form. Such works might be about the veterans of Iraq or Afghanistan or about Abu Ghraib, like some of the work of Nick Flynn; other redacted poems have been created using the Mueller report.

There is Tyehimba Jess’s “Olio,” a book written in the historical voices of black men and women who worked as minstrels, and Mark Nowak’s poetry book “Coal Mountain Elementary,” as well as the works of Erika Meitner, Martha Collins and others. As the scholar Philip Metres has said, a writer of this kind has a different role, that of an “alternative historian, detective, philosopher, radical text-worker.”

This sort of civic poetry, as I think of it, has a history — the 19th-century poet Percy Bysshe Shelley made a connection between the two when he called poets “the unacknowledged legislators of the world.”

The 1930s poet Muriel Rukeyser captured the men of West Virginia’s mines who “poured the concrete and the columns stood, laid bare the bedrock, set the cells of steel.” More recently, there was the wildly popular (for poetry) “Citizen: An American Lyric” by Claudia Rankine, which contains compelling, chilling prose poems featuring racial microaggressions. The very popularity of “Citizen” — the publisher, Graywolf, says it has shipped more than 300,000 copies — further demonstrates the reach one can have by writing political poetry, and, of course, doing it well.

Ms. Felix’s variety of civic poetry can be even more emotionally raw and direct. In a searing poem about sexual assault she writes, “Am I allowed to disrespect the form. Am I allowed to instead proclaim that he’s raped me.” In that same poem she continues: “And that I was small and formidable, a fruit or something else taking in from the sun and expanding.” Some of her poem titles are rendered in all caps, drawing you in: “WHEN I SAY THE HOOD MADE ME, I MEAN:”

One line of that poem reads: “A sheer violence and a bed embalmed in it, a small girl pretzel legged at the center, soft stones placed at the north and west of her frame.”

“I belong to the/ people but not your people/ I mean/ I’m saying/ my people /you wouldn’t understand this,” Ms. Felix adds.

Even the best political poetry faces the challenge of reaching and influencing mass audiences. As a form, it is still up against what the poet and novelist Ben Lerner has called “the hatred of poetry.” “Many more people agree they hate poetry than can agree what poetry is,” Mr. Lerner writes.

More typically, however, poetry is beating back its own obscurity: People may not feel strongly enough to hate it and instead see it as something simply on the margins, as irrelevant or intimidating or a ghost of their long-ago youth.

Nonetheless, if Ms. Felix is any guide, I have high hopes for what the poetic can achieve as it intersects more explicitly with American politics. These days, we need all the inventive language for both political horror and political hope that we can get.