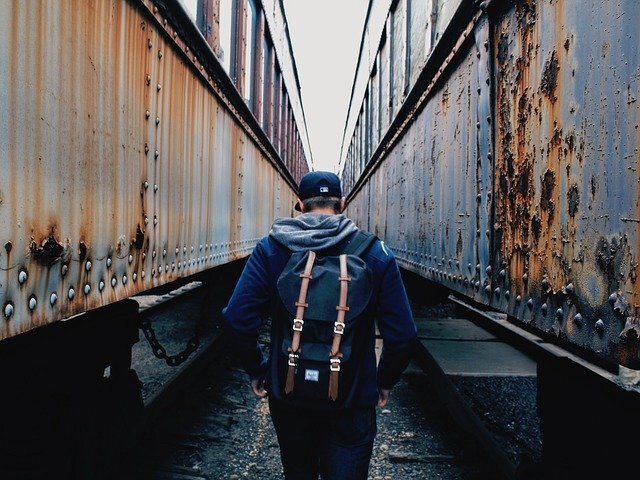 Photo by StockSnap from Pixabay
Living

Failing to Address Millennial Concerns Could Cost Democrats the Election

When boomers, mostly in legacy media, write articles about millennials, they often sound as if they’re explaining petulant teenagers.

Millennials are not teens; they now range in age from 22 to 40. And while many of them are struggling to carve out a place for themselves in a workforce their boomer parents have been reluctant to leave, they are also deciders, emergent masterminds and power brokers of politics and the economy. They’re often the ones green-lighting your creative content, rejecting your budget or setting the political conversation based on their analytics.

It’s important to keep that in mind going into the presidential election year, because age and generation will define this election as much as any factor — but not in predictable ways.

Pete Buttigieg is one of only two millennials — Tulsi Gabbard being the other — seeking the Democratic presidential nomination. He is winning over older voters in the predominantly white early voting states by cheerleading policies popular to them. “We’ve got to act not just to shore up Social Security but to make sure everybody can retire and live in dignity,” Buttigieg told voters in Council Bluffs, Iowa. “Call it my ‘Gray New Deal.’” To older voters, he calls himself “the retirement guy.”

Meanwhile, Elizabeth Warren and Bernie Sanders, two of the older candidates in the race, are championing policies popular with younger voters, including student debt cancellation, Medicare for all, the ultra-wealth tax and a Green New Deal. Knowing members of both generations well, and caught in the middle as a Gen-Xer, I won’t overgeneralize about either generation, or about their relationship to one another. But it’s important that they come to an understanding if we don’t want to gamble on four more years of Trumpian economics.

Both Warren and Sanders have shown themselves willing to denounce their fellow boomers — or at least the billionaires among them. But to a millennial, their analysis sounds incomplete.

Millennials are not losing sleep simply over Michael R. Bloomberg or Sheldon Adelson’s billions: They are shaken by the generational inequality of opportunity and wealth, which greases their uncertainty and incomprehension of this economy. It’s as though boomers, who enjoyed a traditional means of wealth accrual — debt-free education, homeownership, pensions — have removed the rungs of the ladder for those who come behind, all the while tut-tutting about the supposed irresponsibility and fragility of millennials.

Millennial voters will play a key role in this election, since if they stay home, Democrats are likely to lose. But the campaigns, despite so many of them having millennial strategists, are facing challenges keeping the loyalty of voters in the demographic group.

Millennials are a complicated bunch. They include power brokers like Mark Zuckerberg, Jared Kushner and Ivanka Trump, but also a lot of people living precariously. Millennials have lower incomes, fewer assets and less cumulative wealth than Gen-Xers and boomers enjoyed at a comparable age, research shows. About 34% of millennials under 35 owned houses in 2016, whereas about half of boomers and Gen-Xers owned them at the same age. Millennials have yet to recover the resources and economic opportunity they lost during the Great Recession, and may never do so.

For young people, the old pillars of upward mobility have crumbled, and the economy doesn’t play by known rules. Boomers owned an impressive 21% of national wealth when their average age was 35. Gen-Xers owned 8% of U.S. wealth at that median age. The millennial generation will average age 35 in 2023. So far, they own just 3% of national wealth. Some millennials have readily ascended the ranks of the financialized economy. Others experience a paralyzing disorientation, unable to find even a foothold.

It’s no wonder that today’s form of U.S. capitalism has made many millennials cranky and left them with no patience for boomers. Millennials have been forced to weather storm after storm for which boomers are responsible: 9/11, the Great Recession, our climate disaster.

Yet boomers are still trying to sell them on a straightforward, rosy story of the American dream, of economic upward mobility, of race-related improvements, and of environmental progress. Meanwhile, they continue to toss them into unending student debt, worsening race relations, depressed wages, a reeling climate and all manner of backward slide.

Forgive them some skepticism when boomer candidates get ticked off about politics and the economy. Sure, there are some boomers who have tried to leverage social justice ideals. They’ve embraced King’s dream of “colorblindness,” denounced the myth of meritocracy, stood up for environmental issues. But they’ve failed to make enough progress based on those ideals, and as a result millennials are losing ground and advancing their footing at a tender juncture in their own lives, and in the life cycle of this country. Their complaint isn’t just about the aging folk writing those annoying trend articles in legacy media. They are terrified watching the economy and political system being upended in real time.

The question for millennials now is this: Which office seekers are genuinely appalled at the old world politics and dated economic assumptions that put America in this mess in the first place? And what kind of realistic plans do they have for changing things? Any Democratic candidate hoping to turn out millennial voters had better have some answers.