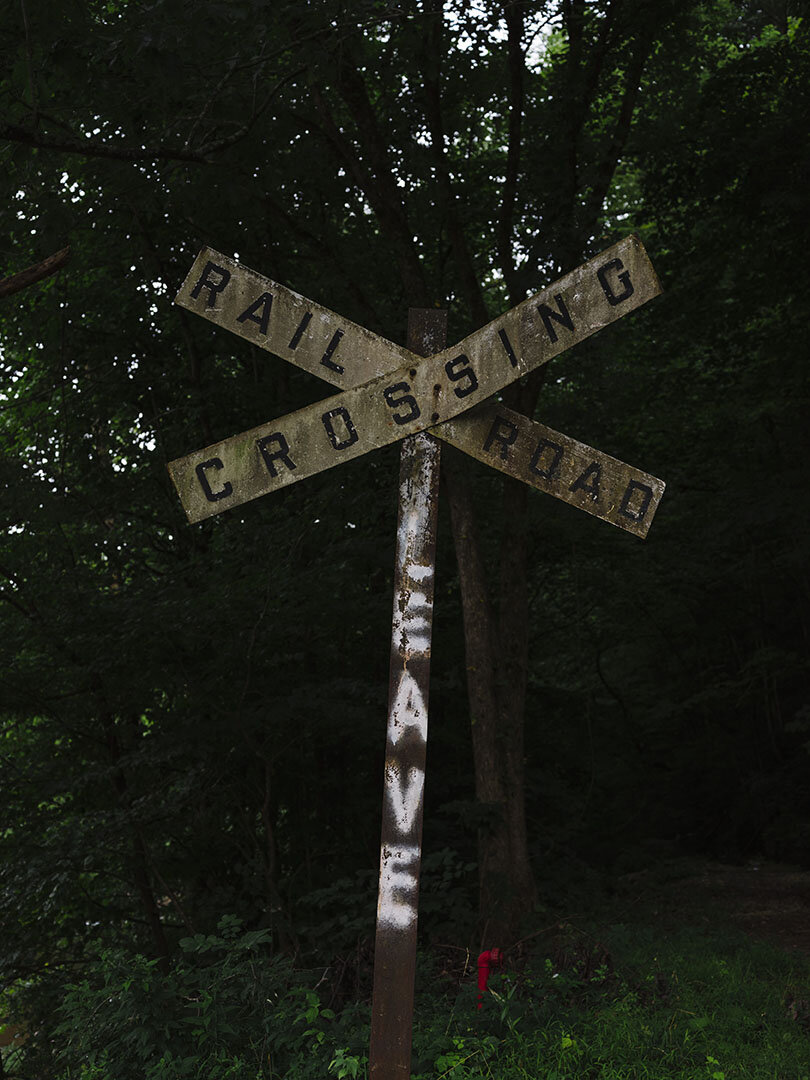 In July and December of last year, photographer Matt Eich and poet Doug Van Gundy set out to document Webster County, the fourth most impoverished county in West Virginia. Together, they met a county clerk, the high school band director, a gravedigger, loggers, a porch-sitter, and a local historian. They spent hours with a well driller who taught them how to dig a new well while discussing heritage apples. At night, they slept in Van Gundy’s home an hour away to keep expenses low. In the morning, they commuted to Webster Springs in an orange Subaru. In the car, one man recited song lyrics and poems to the other with a camera and recorder stowed nearby.

Eich made portraits of Webster County residents while Van Gundy recorded ordinary speech and local information, creating poems from that material, including a verse about residents trying to make sense of a fire that destroyed the Oakland Hotel: “Theories swirled:/started by vagrants, meth-/heads, the mayor—/accident or arson.”

This multimedia collaboration is one of several upcoming documentary poetry projects that the journalism nonprofit I run, Economic Hardship Reporting Project (EHRP), has in the works. Poets and photographers together cover topics ranging from gun ownership, unmoored immigrant populations, and embattled abortion clinics.

This documentary poetry may include quotes and reported descriptions but it also uses some of the best weapons in the poet’s arsenal: repetition, compression, fragmentation, refrain, and ellipsis. It is a form that seems well suited to our disturbing political moment as it may have a chance of doing end runs around readers’ “compassion fatigue.”

The poetry included here was part of an EHRP/The Guardian series, On the Ground, comprised of writers in the heartland and Southern states, in a rebuke of the media’s coastal obsession. EHRP otherwise primarily commissions feature articles, essays, photography, and film about financial struggle, with more than 177 placements in 2019 alone.

But why do we believe we should report on underreported places and phenomena in verse? In the aftermath of Trump’s election, there has been a continuous sense of outrage at the administration’s behavior and actions. As Susan Sontag wrote in Regarding the Pain of Others, “Flooded with images of the sort that once used to shock and arouse indignation, we are losing our capacity to react.” That’s why we have to try more inventive, non-standard ways of presenting the truth, like documentary poetry. Perhaps some of these expressions can cut through our endless, distressing informational sea.

Editor’s note: This essay is accompanied by photographs and poems by Matt Eich and Doug Van Gundy.