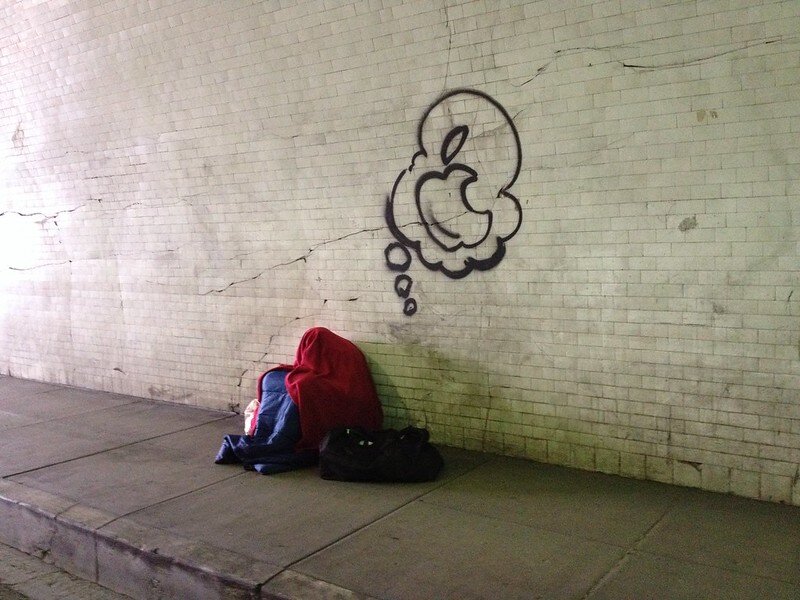 Jeff Bezos dropped $165 million last week for the most expensive residential property in the history of Los Angeles. That’s about an eighth of 1% of his $131.9 billion net worth. Bezos’ purchase is like a regular person forking over just $121 for a house, given that the Federal Reserve says the median net worth of an American is $97,300. Bezos’ home, nestled on nine acres in Beverly Hills, includes two guesthouses, a nursery, three hothouses, tennis court, swimming pool and a nine-hole golf course.

As the media revel in the lifestyles and trophies of the ultra rich, reporting on the policy choices that are worsening inequality and homelessness gets buried. Consider President Trump’s fiscal 2021 budget proposal, which also came to light last week.

“Who the hell cares about the budget?” Trump asked the donors at a pricey political fundraiser in January at Mar-a-Lago (reportedly worth $160 million). No one in that room might have cared, but taxpayers should.

Trump’s proposed budget would extend his cockeyed 2017 tax cuts to 2027. Those cuts primarily benefit wealthy individuals and corporations like Bezos’ Amazon. (Amazon — guess what? — paid $0 in taxes in 2018; in 2019, its effective tax rate was 1.2%.) The 10 years of the tax giveaway would cost all of us $1.9 trillion.

In addition to a tax policy that explodes inequality, the president’s budget demands deep cuts to Medicare and Medicaid, programs that offer a lifeline to unemployed individuals, low-income families and senior citizens — in other words, those whose homes are least secure. The budget also demands sharp cuts to Social Security programs that help support those unable to work because of disability. This despite the president’s repeated promises not to cut these programs.

Trump’s budget also makes massive cuts to just the type of programs that offer services and limited assistance to working-class and poor people. The cuts to the Temporary Assistance for Needy Families program and to food stamps (also known as the Supplemental Nutrition Assistance Program) would amount to more than $20 billion a year on average over the next decade. Some social service programs would be eliminated.

The most galling parts of the president/real-estate baron’s budget eviscerate housing spending while pretending to increase it.

The president is proposing a cut of $5 billion in voucher rental assistance for the next year alone. New rules would deprive some families of subsidized housing if the workers in the household cannot obtain and document sufficient hours of work. This despite the arbitrary, at-will scheduling of many jobs in our service economy.

The Fair Housing Initiatives Program would be cut by 12%. More than 60% of reported housing discrimination complaints are investigated by groups that are funded by FHIP grants. These cuts are perhaps predictable, coming from a president whose family has a long, documented history of racial bias in the management of their housing properties.

As we gawk at the palaces of rich men such as Bezos, and as so many struggle to find affordable housing, we should focus our attention on the federal policies that fuel this discrepancy. The most draconian cuts in the 2021 budget are not likely to be OK’d by Congress, nonetheless, they are not just numbers on a spreadsheet. The attack on the safety net represents an ideology in the White House that would widen America’s pernicious levels of inequality, deepen poverty, and worsen suffering for poor families. As the price tags for the houses of the rich set dizzying records, so do the numbers of families and children living in substandard housing and on the street.

Rich Benjamin is a fellow at the Puffin Foundation and the Economic Hardship Reporting Project and a contributing writer to Los Angeles Times Opinion. @IamRichBenjamin