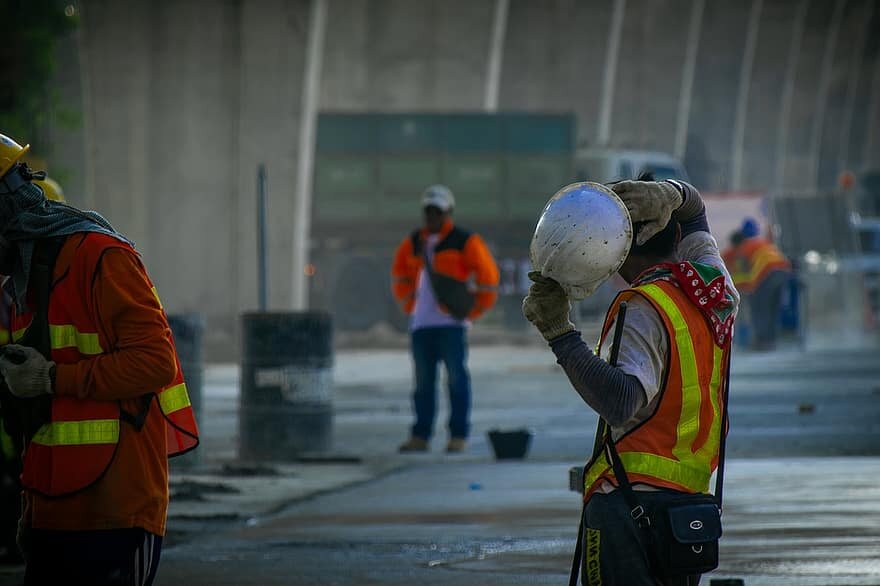 One of the defining portraits of the coronavirus crisis has been that of the heroic, self-sacrificing “essential worker”—the doctor, nurse, janitor, transit operator, grocery store worker, farmworker, or meatpacking plant worker—who valiantly reports to their job each day, often swathed in public accolades instead of PPE, and gives their all to keep society running smoothly. Many of them are paid minimum wage and lack health insurance and other benefits. In New York City, the current epicenter of the pandemic, they’re even greeted with a nightly round of applause and pot clanging.

Many writers—and workers themselves—have pointed out the cognitive dissonance that comes with treating essential workers with the forehead-scraping reverence usually reserved for battered troops returning from one of our imperialist forever wars. It’s even more awkward for those who are still putting in hours at businesses that have been deemed “essential” but are really anything but, from print shops to pet grooming salons. These reluctant heroes are yet another example of how the United States values capital over labor, and how bosses can (and will) exploit any legal loophole they find, even amid a global public health crisis, in their pursuit of the almighty dollar.

A number of these sneaky employers have pushed the boundaries of what counts as essential to the absolute breaking point. In Florida, for instance, the WWE snagged an essential designation after a pro-Trump super PAC run by Linda McMahon—who is married to the pro wresting behemoth’s CEO and served as head of the Small Business Administration—announced they would spend $18.5 million on advertising in the state to boost Trump’s reelection effort. The wrestlers the company employs, all independent contractors who receive no health insurance benefits from the WWE, are now traveling in to tape matches in front of an empty arena in Orlando. In New York and New Jersey, construction crews continued working on non-essential projects like luxury high-rises and office buildings until public pressure on their respective governors shamed them into shutting it all down—to the temporary relief of these workers’ loved ones, who had been worried sick over reports of bad sanitation and spreading infection on job sites. Since then, the industry has sputtered back to life.

And those are just the high-profile examples. There are thousands of workers across the country who are still hard at work at nominally essential businesses despite the risks because they simply have no other choice. Consider the plight of Joy, who asked that we not publish her real name for fear of reprisal at her job. Joy handles inventory control at a car dealership in the South, and she is still in the office dealing with customers. Though she works full-time, she is paid hourly, and she currently lives with her grandmother.

“Half our building was taken out by a tornado right before this; we aren’t even fully up and running technically and are all crammed into one fourth of our building,” Joy explained of her work situation. “It’s not as bad since we are at half capacity, but it still seems not good this past week, because since Good Friday we have constantly been busy. It’s like people are tired of being in their houses and coming here for something to do.” Though the dealership has a policy of only letting five sales customers into the showroom at a time, “service customers still come in, we go over capacity sometimes, and no one enforces it,” Joy says. “In fact, we touch the door more than we would otherwise because we have to let everyone in.”

Even when a company is making the right noises about taking precautions, according to Joy, appearances can be deceiving. Her dealership was “advertising online that we were making extra efforts to clean and had multiple ‘hand sanitizing stations’ available for employees and customers,” she explains. “When they were posting that, we had one almost-empty bottle of hand sanitizer at the front desk. To me, it didn’t look like we were doing anything more than normal to clean. . . . I think people should really be aware that sometimes businesses could be advertising such things for appearance, but not actually doing anything.”

Another worker I spoke to, who also requested anonymity, is currently employed at a commercial printing shop in the Midwest, where the products he’s making are far from life-or-death. “We do some printing for medical device packaging, but for the most part, it’s a lot of stuff for store shelf displays and automotive parts boxes,” he says. “We’ve been deemed essential despite really not being so. Today, I printed stuff for nicotine patches and oyster mushroom grow kits.”

The staff has nitrile gloves on hand due to the nature of their work, which involves chemicals, but other PPE essentials remain in short supply, and they’re working together in close quarters. “They handed people who wanted masks some disposable surgical masks two weeks ago, but only a couple, and they’re not designed to be worn at length,” he says. “They now have dust masks. I made and purchased my own washable, reusable [masks] and wear them whenever I’m out of my apartment. They’ve tried to implement social distancing, but it’s not always possible with [this] type of work.”

Kristen, who asked that we use only her first name, is an administrative assistant at an architecture firm in North Carolina. She says that she could easily do her job from home, and her state has explicitly ordered businesses to let workers telecommute “to the maximum extent possible,” but her bosses won’t allow her to do so. Instead, they insist that she come into the office five days a week to “keep things running,” which she says solely entails accepting packages and mail. Kristen says that no hazard pay or PPE has been provided, and that no additional sick leave is offered to those who do contract the virus. Worse, her coworkers aren’t all cooperating with the meager safety measures that have been put in place.

“Half of my coworkers that are still coming into the office aren’t taking the virus seriously, and few people have masks if they go offsite to do a site visit,” she explains. “Since I work at an architecture firm, about six or so people have been doing regular site visits, without masks. None of them wash their hands when they come back from site visits or going to grab lunch or coffee.”

The stress has been taking a toll on her mental health as the possibility of infection begins to feel like more of an inevitability. “Having to come into work during this time makes me feel unstable,” she says. “The anxiety is debilitating, and I can’t help but wonder when I’ll get Covid, because I can’t completely reduce the risk of getting it by coming into work five days a week.”

Stories like Kristen’s are routine. One common thread—that of an employer skirting the rules in order to stay open and keep squeezing every possible penny out of a rapidly contracting market—remains. As the bodies continue to pile up, overflowing from morgues into refrigerated trucks around the country, these bosses’ actions seem less immoral than outright ghoulish.

For example, the “alternative”-branded retail chain that once dominated American malls (and arguably perfected the 2000s mall goth aesthetic) but is now mostly known for slinging video game merch and skinny jeans has found a novel way to exploit a loophole in California’s “essential business” order. Its warehouse workers are paying the price.

I used to steal earrings and black lipstick from Hot Topic as a surly, spiky teen; today, the black-clad company once beloved by misfits and skater kids is putting its workforce in harm’s way during a pandemic. “The vast majority of volume we’ve been shipping out of our facility is Funko Pops [collectible toys],” a worker at a Hot Topic warehouse facility in the Los Angeles area tells me. She asked to remain anonymous to avoid retaliation. It’s unclear under which essential workforce category Hot Topic falls, but its property Box Lunch’s relationship with nonprofit Feeding America may be the culprit. Regardless, their workers are spending their days shipping out tchotchkes.

“Part timers are still on a reduced schedule [that]changes week to week depending on expected volume from new releases,” the worker I spoke to says. “They’ve assured us that all workstations are being sanitized twice daily, but they’re still filthy. Nothing has been deep cleaned in any meaningful way. . . . All of it is still pretty gross. They’re providing gloves and masks, but it can be really difficult if not impossible to maintain social distancing in a warehouse, and the longer they continue to operate, the higher the chances are someone will be infected.”

She tried reaching out to the L.A. County health department about the conditions at work, but  “they said online retail is an exception to the essential business requirement.”

“Not sure why anyone considers buying Funko Pops during a pandemic as essential,” she continues, “but apparently that’s the case.”

Kim Kelly is a freelance writer and labor organizer whose writing on labor, radical politics, and culture has appeared in the New York Times, the Washington Post, the Guardian, The New Republic, Teen Vogue, Pacific Standard, and many others. She is a proud member of and councilperson for the Writers Guild of America, East.

Co-published with The Baffler.