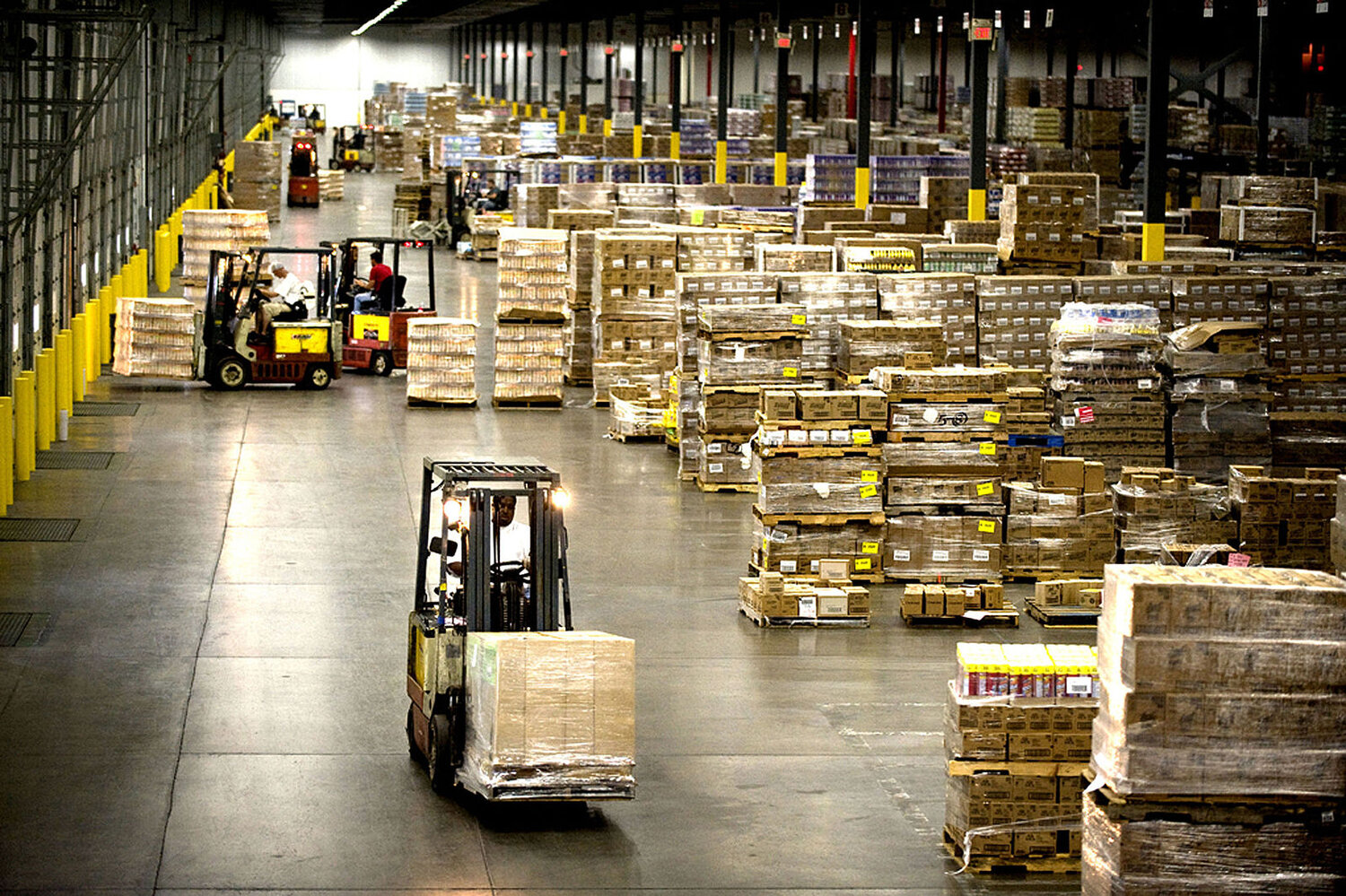 Photo by CTsabre14
The Pandemic, Workers

In Concord, North Carolina, Monica Moody works full-time at an Amazon warehouse, where she packs products and gets them ready for shipping. She’s crowded together with other workers all day, with no sanitary gloves or masks, nothing but Lysol wipes available, as Amazon is hiring 100,000 new workers to cram into these warehouses. “You know how easy it is to sneeze on someone’s neck here?” she told me. During March, Moody was offered time off without pay, but the month is ending soon. She was told that if she has been quarantined or can prove she has coronavirus—which means a positive test, in a land of severely limited access to testing—she may get ten days paid leave. JP Morgan has listed Amazon as the No. 1 stock to invest in, as almost all else tanks in our era of coronavirus. However Moody, along with millions of other workers, won’t be protected by the new U.S. paid leave policy, which President Trump signed into law on March 27.

One narrative is that, here in the U.S., we finally have broad-based paid-leave policy in place for private sector workers. After decades of fighting for the sort of leave the rest of the world accepts as a basic right, a bipartisan effort made it happen. Not so fast. What we’re talking about is ten days of leave with pay if you need to quarantine or care for a quarantined family member, or need to care for a kid who now has no school to go to. The House had approved a minimum of 12 weeks—with 195 Republicans voting in favor. But the Senate shrunk three months down to 80 hours. And this policy will not remain in place later than December 31, when it expires, much like the efforts to secure equal pay for female laborers after World War II.

Within the CARES Act—the Coronavirus Aid, Relief, and Economic Security Act—any company with more than 500 employees, including the largest corporations which employ almost one half of the entire American workforce, are exempt from the paid leave requirement. That’s a truly dark irony, considering that the standard objection to paid leave has long been that it will crush smaller businesses.

The National Federation for Independent Businesses, the lobbyist group that has perhaps most vociferously opposed paid leave on the Hill, testified against the policy, saying that paid leave would cripple small businesses, which employ over one quarter of U.S. workers. The lobbyists were heard: Small businesses can petition to be exempted as well, if they believe that they’ll go out of business for good if they give ten days of pay to workers who test positive for COVID-19.

That exemption is nothing compared to the failure to hold Amazon, Target, Walgreens, UPS, Walmart, Kroger’s, and other massive businesses to the policy; exactly the businesses which have objected to fights for a living wage, and exactly the businesses whose workers are the soldiers on the retails and courier frontlines during this crisis. They’re the workers who pack and deliver and handle germy cash for essential medicines or cleaning products or groceries. Most aren’t paid a living wage. And Republicans have made sure to bar them from the right to ten days’ pay should they contract coronavirus. The bill went into effect until April 1, and Senate Republicans managed to pile in more exemptions for big business—the equivalent of increased corporate bailouts over low-wage workers’ rights—further diminishing a bill that started out as real progress, and has been cruelly whittled into a shiv of exemptions.

Airlines are among the exempted companies, where employees have been exposed to the virus through serving international travelers. Most airlines, Delta among them, has refused to give sick leave, instead offering unpaid leave and some help with medical bills, should a worker contract the virus. In Detroit, at Detroit Metro Airport (DTW), Christina Hayes works on the ramp crew, which safely brings in planes and gets luggage where it needs to go. She told me she’d heard someone on the ramp got the virus. As someone with lupus, she realized she couldn’t risk getting sick, especially with no paid leave ahead of her. She’s taking unpaid time as a precaution, and has no idea how she’ll pay the rent.

The pilot’s union has secured partial paid time for Delta’s highest paid workers on the air or ground crew. Unions have stepped up to secure what our elected representatives failed to offer the vast majority of our corporate-employed, low-wage workforce. Teamsters struck a deal with UPS, for example, to pay workers who need to quarantine because of their own, or a family member’s, COVID-19 diagnosis, for up to two weeks. Walgreens, has agreed to offer two weeks’ paid sick leave with a diagnosis. So has Target. Kroger has offered nothing at all.

Walmart’s statement says, “In times of need, we see communities come together to do extraordinary things. This pandemic is no different.” The extraordinary things this company, owned by a family with a personal net worth of over $190 billion, and a fiscal revenue of $524 billion is doing: Offering two weeks’ pay for workers who can prove they’ve contracted the virus. Good luck getting a test if you’re poor in America. Walmart has also pledged $25 million in philanthropy towards organizations working on detection and prevention of the virus, or to feed the poor during this time. Another bitter irony: The poor they’re feeding may be many of their 1.5 million workers. The average cashier earns $11.26 a hour, according to Payscale, and the average sales associate earns just 30 cents more; in the best of times, over half of Walmart employees can’t afford food every week. Meanwhile, Walmart has expanded their hours so these workers can clean and sanitize their stores from a virus that could kill many of them.

The exemption from federal policy has caused confusion for employees even when companies have said they’ll offer paid leave. Brittany Legowski makes $12.34 an hour—as does her boyfriend and their roommate—working in an online-grocery pickup, for Alice Walton, the richest woman in the world, at a Walmart in Menomie, Wisconsin. In the past two weeks, Legowski told me, every day has been as panicked and crazy as Black Friday, while she’s been struggling to figure out her rights, knowing they aren’t protected by the federal government. Asking about paid leave, “I was told, ‘Nope that doesn’t apply for you.’ It seems like every manager gives a different answer,” she told me. “HR won’t give me answers. The story they’re telling the public doesn’t feel the same as what they’re telling us in the stores.”

In Malvern, Arkansas, Mendy Hughes, a single mother of four, who has been working as a cashier at Walmart for ten years, is worried that Washington won’t hold Walmart to a higher standard. “It’s just wrong,” she says. She’s described customers coming in, coughing like mad, showing symptoms, while she isn’t even given protective gloves or a mask to wear as they hand over cash from less than a foot or two away. Her son is now showing symptoms, and can’t get a test. Hughes has diabetes, which puts her at higher risk. If she does contract the virus, from a customer, or her own kid, it’s hard to imagine that two weeks of paid time off, unenforced by the government, by the grace of a company that doesn’t pay her enough to buy the gloves they won’t provide her, is going to cut it.

If our vociferous proponents for paid leave, like Sen. Kirsten Gillibrand (D-NY) and Rep. Rosa DeLauro (D-CT) on the Hill, or labor advocates working for not-for-profits—which are non-exempt now—had been heard over years of insisting that paid leave was a necessity and not just to care for new babies but sick workers, we’d be in a very different place today. Gillibrand and DeLauro’s FAMILY Act has been long ignored by their colleagues, who will be paid by tax dollars rather than corporate money, whether she shows up to work or not during this crisis.

“For more than a decade we’ve been talking about how there are real public health needs to be addressed,” Wendy Chun-Hoon, Director of Family Values @ Work told me. “We actually know how to do this—every other country in the world knows how to do this. But we don’t have the right policy in place. And this is not the only time, this is a moment in time that will probably repeat itself. We’re going to face this again.”

Lauren Sandler is an award-winning journalist whose essays and features have appeared in Time, The New York Times, Slate, The Atlantic, The Nation, The New Republic, The Guardian, New York Magazine, Elle, among other publications. ‘This Is All I Got’, a book of narrative nonfiction about a young homeless mother in New York, will be published by Random House in April. She is also the author of the bestselling ‘One and Only: The Freedom of Having an Only Child,’ and ‘The Joy of Being One and Righteous: Dispatches from the Evangelical Youth Movement.’ She lives in Brooklyn. 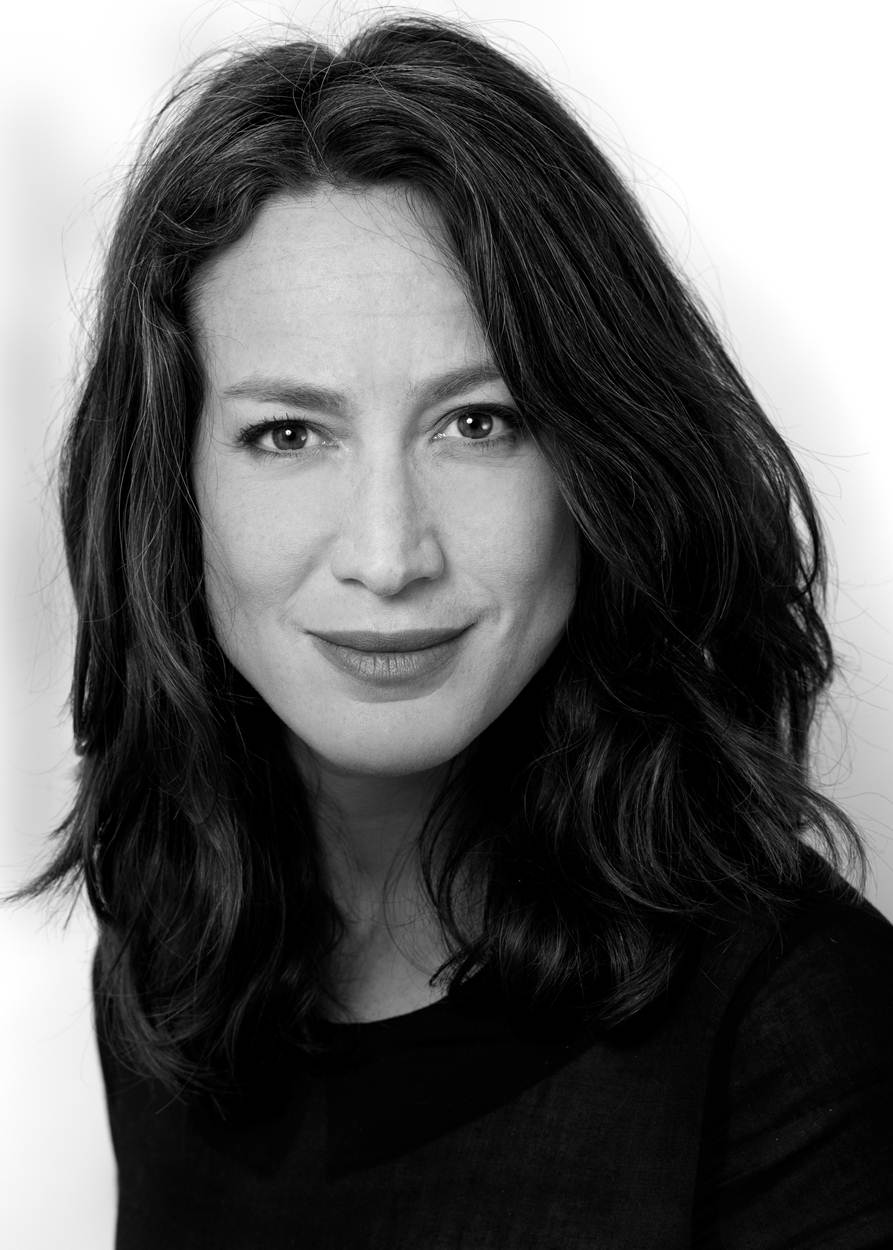