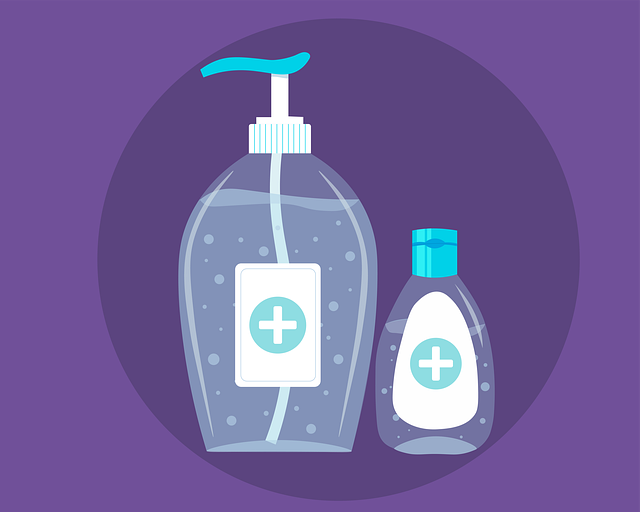 Illustration by Hatice EROL from Pixabay
Health, The Pandemic

Last month, hand sanitizer vanished. The double scourge of panic buying and price gouging cleaned out the clear liquid gold, among other products, from store shelves and online shops. It’s a dire situation, given that public health officials estimate that the virus will kill at least 100,000 Americans and potentially many, many more and good hand hygiene remains one of the few weapons in the virus-killing arsenal.

Companies, large and small, have tried to fill the gaping void in the supply chain. Anheuser-Busch devoted some of its production to a hand sanitizer in eight-ounce bottles emblazoned with “design motifs that echo bottle aesthetics used for several of its beer brands,” reported the Motley Fool. Compass Coffee in D.C. has also switched from lattes to lifesaving: Staff will be making sanitizer, co-founder Michael Haft told The Post, “until there isn’t a need.”

Meanwhile, George Fotis, the owner of Drug City, which he described as an “old-school” pharmacy in Baltimore, “blew through” his Purell in one day last month. After restocking, he started limiting purchases to two bottles per customer, but again sold out “ridiculously fast.” In MacGyver spirit, Fotis, who happens to also own a liquor store, started turning 190-proof “hardcore stuff” into a private label sanitizer and started giving it away. “I never thought I would be compounding hand sanitizer,” Fotis said. “Crazy times.”

Crazy times demand unorthodox solutions. The federal government must contract with companies throughout the country to widely produce and distribute free soap and hand sanitizer. The president should invoke the Defense Production Act to make this happen. Such a venture would bolster public health, keep consumers on the Purell hunt at home and create jobs at a time of skyrocketing unemployment. Federal regulations and guidance could ensure some consistency. For instance, hand sanitizers must contain at least 60 percent alcohol to eradicate coronavirus.

A 2005 study in the Lancet showed the power of free soap as a disease fighter. Fieldworkers gave free soap, as well as hand-washing lessons, to residents of a low-income neighborhood in Karachi, Pakistan. The results were stunning. Cases of diarrhea and pneumonia dropped by more than 50 percent. “The overall incidence of respiratory diseases,” noted the article’s authors, “was markedly reduced.”

Like-minded initiatives to promote public health have worked before. Every household in Singapore, which is admittedly a small nation of less than 6 million people with a relatively authoritarian government, recently received access to a gratis 500ml of sanitizer paid for by a local foundation.

To stem transmission of AIDS and sexually transmitted diseases, New York City has distributed free NYC-branded condoms since 2007. Last year, the city dispensed more than 19 million male condoms, as well as internal condoms and lubricant at hundreds of locations. The initial condom roll out attracted tremendous public and press attention. An article in the American Journal of Public Health, found that six months after the campaign, 76 percent of survey recipients “had seen or heard of NYC Condoms” and three quarters had picked one up.

Some local governments have taken the lead. New York Gov. Andrew M. Cuomo (D) recently announced/threatened that the state is making a hand sanitizer with 75 percent alcohol content and a floral scent (perhaps to mask the fishy odor of sub-minimum-wage prison labor). New York State Clean, as it is branded, is not yet available to the general public, but institutions and state agencies have already received shipments. “To Purell and Mr. Amazon and Mr. eBay, if you continue the price gouging we will introduce our product which is superior to your product,” Cuomo warned.

Former Centers for Disease Control director and New York City health commissioner Tom Frieden, now the president and chief executive of Resolve to Save Lives, a nonprofit organization, believes the federal government should prioritize “ensuring that our health-care workers and medical facilities have the supplies of sanitizers, masks and other personal protective equipment, ventilators, respirators and medicines they need.”

In an ideal world, notes Frieden, “the federal government would provide at least one digital thermometer to every household in the country.”

Avik Roy, a health-care policy adviser to Mitt Romney’s 2012 presidential campaign and now president of the Foundation for Research on Equal Opportunity, a think tank in Austin, deems a public-private partnership as feasible. “In a crisis like covid-19, the government has an opportunity to partner with private businesses to come up with creative solutions to slow the spread of the virus,” he said. He added that corporations have quickly moved to produce critical supplies, including ventilators, rubber gloves and face masks, which “keeps millions of Americans working.”

To be sure, some companies may resist the “opportunity” to abandon their core businesses to aid the country. But hopefully a sense of morality and patriotism — and human decency and personal legacy — would vanquish self-centered concerns.

Joel Vikre, co-founder of Vikre Distillery in Duluth, Minn., would welcome a contract from the federal government to shift production from aquavit and Scotch whisky to sanitizers. His cocktail room, which is now closed because of Minnesota’s ban on bars and restaurants, recently produced more than 1,000 gallons of 70 percent alcohol sanitizer, more akin to a household cleaner than Purell, and gave it away 16 ounces at a time. “We had a line close to a block long — a social distance line,” he said. Some people brought in empty Windex bottles and others gas cans. He accepted donations, which benefited furloughed waitstaff.

When word of Vikre’s spur-of-the moment philanthropy spread, he received calls from local police, a homeless shelter and a hospital. Next week, he expects to sell another batch of craft sanitizer to industrial clients like St. Luke’s hospital at below-market rates, but enough to “help us keep our lights on.”

He thinks America’s distilleries and craft breweries, which have been pummeled by the covid-19, can act faster than corporate giants. “We’re nimble,” he said, “We decided let’s do this and we were giving it away that afternoon.”

“Covid shut down a lot of our business,” he lamented. “Some surety would be nice.”