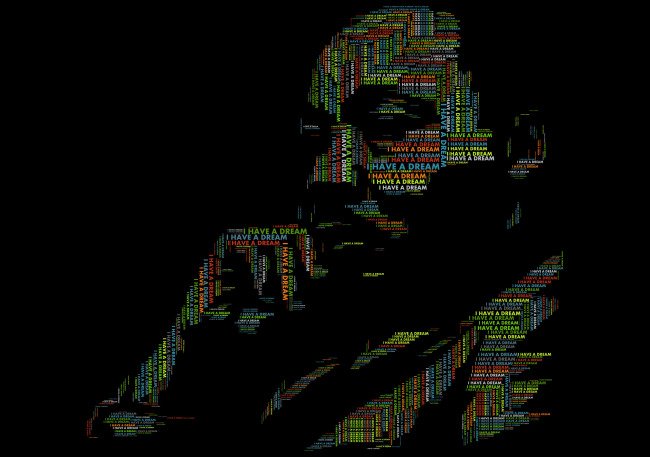 I am a book whisperer.

As someone who reads ravenously for pleasure, and critiques books and culture for a living, I have an inbox full of requests for learning recommendations. When Donald Trump was elected president, and when white nationalists stormed Charlottesville, the bewilderment of white people provoked a staggering demand for reading guidance.

With nationwide protests under the banner of Black Lives Matter, books are helping white people understand how they found themselves bulleted and tear-gassed while demonstrating their racial solidarity, or why they suddenly appreciate the do-or-die racial stakes of this election. Appetites to read more, and inquiries to form new reading diets, are proliferating madly. People who are badly shaken, and caught off guard by social change, want to make sense of themselves, others, and so many human divides.

There are nuances and range as to what motivates any given white person to launch a reading regimen on race. The last week of May, when the protests began, I talked to a white friend nursing his wounds from the rubber bullets he was struck by, courtesy of the Seattle Police Department. I fielded another message from an unemployed white friend urgently asking me to help him populate a Google Doc with every activist contact I know, so that he could help arrange legal and financial help for them as they hit the streets of Minneapolis. And then there were several privileged white acquaintances leaving me voice messages just to say how sad, ashamed, or lame they felt. This conflagration of grit, of action, of bewilderment, of sentimental guilt — it provokes a wide, multifaceted desire for books that can help a person digest the current moment and the uncharted future. White people are going through a lot of experiences and emotions, and many of them want good books.

As if on cue, an onslaught of recommendation lists on blackness and anti-racism have arrived to fill this thirst for context. Legacy media, hip digital outlets, bookstores, nonprofits, podcasters, and, of course, celebrities, are issuing what I call “Black Lists.” Little wonder that books about race, blackness, and racism are dominating bestsellers lists. These “Black Lists” are crowded with a worthwhile but limited line-up of popular and ubiquitous usual suspects: Ta-Nehisi Coates’ “Between the World and Me,” Robin DiAngelo’s “White Fragility,” and Ibram X. Kendi’s “How to Be an Anti-Racist,” for example.

There is often an implied hunger in the requests for book and film recommendations, one that yearns for a pornographic orgy of Black suffering or for valiant, magical Black heroes, or for neat resolutions that leave white people feeling better about themselves. These clichés then subsume the quality of the thing. The yearnings for “Black Lists” remind me of the time last week when an earnest white person called to offer the most patronizing and redundant rant on how paralyzing racism must be for me. Once I hung up the phone, I continued helping friends cook the most wondrous duck l’orange medallions followed by an enchanted patio dinner full of my dear and unruly friends of different races debating and cracking bawdy jokes.

Yes, there is joy to be cultivated in resistance and in even the most difficult times. No Black person wants to be reduced to a hologram of suffering, nor rendered into a kind of charity case. It’s as though the entirety of your humanity could be summed up by the unrelenting news images of bloodied Black bodies. In short, you come to exist as a marginal refraction of your enemy and the centrality of his ignorance.  And that’s the quicksand that books by Black authors can disappear into: the indignity that they hold value relative only to a troubled time, to a token task, to a fickle or patronizing white audience. What Black author wants to have invested her life force into a book, only to discover it has been conscripted into a kind of therapeutic how-to manual every time protests or white guilt break out?

Another irritation: The proliferation of “Black Lists” renders a rich repository of intellectual labor into the equivalent of a trash heap of algorithms. Amazon uses its A9 algorithm system to decide how products are ranked in user search results. That system is similar to the algorithm which Google uses for its search results, because both consider keywords in deciding which pages to display first. However, there is a key difference: Amazon’s A9 algorithm also puts a strong emphasis on sales conversions. Amazon, which makes money only when it entices you to buy something, has a vested interest in promoting listings which are more likely to result in sales.

It’s difficult to know, in the typical chicken-and-egg conundrum, the extent to which Amazon is driving the public discussion on race, or our public debate is driving Amazon sales. Are the “Black Lists” pushing traffic on Amazon to particular books, and then those books pick up steam through the Amazon algorithm and get even more prominence? Or are loafing critics and readers cribbing from Amazon? At any rate, the online behemoth continues to hawk products by prioritizing them according to strong sales history and high conversion rates. The tyranny of the algorithm worsens our collective mental sloth where race is concerned. This mixture of culture, publishing, and code conflates traffic analytics with quality, and algorithmic recommendations with urgency.

If you doubt for a second the horror of this computational taste-making, just consider the fact that “The Help” became the most popular streamed film on Netflix the very week that anti-racist protests erupted. That’s the film precisely least helpful to this moment. “The Help” chronicles a white woman’s quest to document the plight of Black maids in 1960s Jackson, Mississippi. To lose oneself in that perverse fantasy is to deflect rather neatly that so many corporations and white individuals are indifferent to the plight of Black maids and essential workers right now. One of the silliest movies on race ever made, “The Help” flounders in white savior mythology, all the while implying that segregation and racism have been safely contained into the past.

Another way these lists can fail us: Americans often want to talk about feelings and not about how economics work. Capitalism and its failings are a third-rail topic in so many American history books, particularly concerning race. It’s as though racism could be boiled down to just a matter of sour interpersonal relationships, and not also as a government-sanctioned, corporate-facilitated economic exploitation of one race by another, dating from slavery to current home health care assistance. Capitalism’s racial character disappears from the mix. Idiotic movies like “The Green Book” and “The Help” calcify this mindset, and mirror the economic and structural analysis absent from so many nonfiction books.

In vexed times like now, a ripe teachable moment gets wasted on such a bad curriculum. And perfectly fine culture can go squandered on an unfitting recipient. As when offering any recommendation, the question begs, Am I frittering my time? Some people are lazy readers, and even lazier citizens, so what’s the point of nudging them in any direction? You have a sixth sense that asking them to read “Giovanni’s Room” or to help register voters is setting a cost far higher than they’re willing to bear. Or, as critic Lauren Michele Jackson dryly noted: Good literature is wasted on the type of white person who seeks it out only in a time of crisis.

Creativity radiates always — beyond corporate media’s spotlight and in unexpected nooks. Recite the cadences of a Claudia Rankine poem, or study the fiery, bright brushstrokes of Black Lives Matter graffiti art plastering a Confederate statue in Richmond, Virginia: Those stirring expressions can leave you regretting how long so many white institutions have suppressed the Black excellence and creativity that white people couldn’t dance to or watch on TV. So much Black creative output has been relegated to the shadows, by school boards, by production studios, by media conglomerates like Condé Nast, by fine art galleries, by literary festivals, and yet white people can’t seem to get enough of us singing and dancing.

Political and creative false choices dog this country: that books by Black people or about race are for didactic purposes only, separate from the demands of form, poetics, genius, and even delight. And so, as an antidote to all the political falsehoods, consumer pitfalls, and creative lapses that plague so many “Black Lists,” I bind a list that is restorative, not draining, one that centers Black excellence and joy.

“The Light of the World” by Elizabeth Alexander

A memoir of widowhood and the consolation of caring for two teenage sons, this gem illuminates “the jagged path” — of history, living, thinking, and writing. Alexander’s meditation is an inspiring object lesson in the kind of perseverance that is necessary when craft, storytelling, and insight take flight in a book and in a life, which happen to be Black. Trauma, loss, rewrites, grit: As James Baldwin once said, finding ourselves in deep waters is not the same as drowning.

“The Sellout” by Paul Beatty

Shrewdly observed and over-the-top, this novel presents a rollicking story narrated by a Black Angeleno, simply referred to as “Me” and “Bon bon.” Quick-paced and bitingly funny, “The Sellout” takes on sacred precepts of American life in quiet, plausible ways: the Constitution, civil rights, segregation, father-son relationships.

A chilling period piece depicting South Central Los Angeles of the 1990s. Filmed in a jerky cinéma vérité style, the film delivers an uncompromising close-up of Black teenagers navigating their intimate lives in a descent of violence. It’s a wholly original coming-of-age narrative laced with an homage to Martin Scorsese’s “Scarface.”

“The Ways of White Folks” by Langston Hughes

A short story collection populated by timeless characters in comic and dark predicaments. Its charm is so pleasurable and effortless, you wind up learning despite enjoying yourself — about the collisions between Black and white people, and about concepts that would be named decades later: passive aggression, white fragility, and the like. The sharply observed vignettes emerge lyrically from this poet, one of the most important visionaries of the Harlem Renaissance.

Sometimes a wise person — a mystic — tries to teach you something, but you’re too thick to get it until years and years later. Worth reading multiple times, “Beloved” weaves an unparalleled story of parental love and duty, of loss, of canny resilience. In form and story, “Beloved” is the novel that whispers most beautifully on the legacy of slavery on Black families and white society, on the redemption of creativity and excellence, and even on how this nation remains so violent and fragmented.

“How Can We Win?” from David Jones and Kimberly Jones

During the protests, photographer David Jones captured author Kimberly Jones’s riff on American history. Her blunt, crisp take — and the protest themselves — shows America why we can’t “Talent Tenth” our way out of this mess.

Rich Benjamin, a fellow at the Economic Hardship Reporting Project, is the author of “Searching for Whitopia: An Improbable Journey to the Heart of White America.” He is currently working on a nonfiction book that will be a family memoir and portrait of America. He was a judge in 2017 for PEN America’s John Kenneth Galbraith Award for Nonfiction.