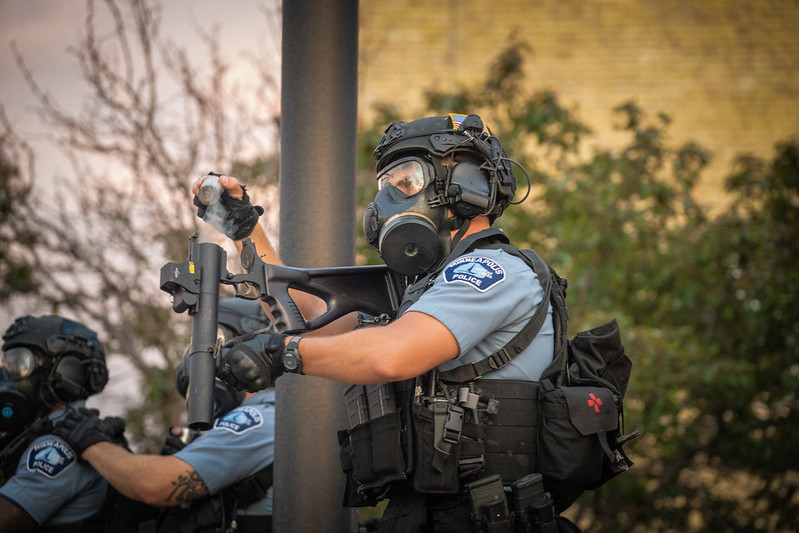 A Journalist Marked By Police Violence

I first met the writer and photographer Linda Tirado after reading a 2013 piece she wrote in HuffPost about her life as an IHOP cook in Utah. It blew me away, so much so that I became one of the champions of her work.

I was blown away again a week ago by Tirado’s courage. She says that a police officer shot her in the face with a rubber bullet while she was covering a protest in Minneapolis. She lost the vision in her left eye. But as soon as she could focus with the working eye, she was back on Twitter, joking that now she would be able to report on what it costs to go blind in America.

Hey folks, took a tracer found to the face (I think, given my backpack) and am headed into surgery to see if we can save my left eye

Tirado’s prose is totally fresh—in both senses of the word. She dares to take on the question affluent people too often ask about the poor: Why do they do things that “aren’t good for them,” like smoking? The answer is stress—the grating, day-after-day stress generated by bad bosses, lousy pay, overwork, and the knowledge that each shift will be followed by what sociologist Arlie Hochschild calls the “second shift” as a wife and mother.

That was why I tracked Linda down and told her that the nonprofit organization I founded, the Economic Hardship Reporting Project (EHRP), was created with people like her in mind: low-income, laid-off, or emerging journalists with stories to tell, but who couldn’t afford to write those stories for the amount most media outlets are now willing to pay.

Linda became one of my favorite EHRP contributors. When she expanded her blog into a book, Hand to Mouth: Living in Bootstrap America, I wrote the foreword to it; when the book was published, I introduced her at a reading in Washington. In my foreword, I compared her book very favorably to my own Nickel and Dimed: On (Not) Getting By in America. My book was a journalist’s first-person account of my own experiences as a low-wage worker. Hers is the real thing.

When I was a young journalist, there was a constant debate within the profession that still rages in some circles today: Should we be perfectly “objective” or admit to having a point of view? Now many of us know that, in times like this, journalists can’t feign neutrality or indifference. They must take a stand, and few have done it with as much intensity—or cost—as Tirado, who has been putting her body on the line again and again at protests.

Since the international success of her book, Tirado didn’t become a creature of literary festivals and TED Talks. No, instead she crisscrossed the country with no discernible pattern, until I figured out that wherever there was injustice—and the trouble injustice leads to—that’s where she could usually be found. She was in Ferguson for the protests following Michael Brown’s murder by a local police officer. She slept in the streets in St. Louis during the series of protests against the police for the killing of another black man, Anthony Lamar Smith. And less than a week ago, she drove to Minneapolis to report on the protests that engulfed that city after the police lynching of George Floyd.

Tirado is a tough gal, tweeting the other day, “Folks I really appreciate the well wishes but a white lady losing an eye is not the injury we need to be focused on here.” The injury is “the extrajudicial killing of black and brown people.” If you have two working eyes, use at least one of them to see and report what Linda has always witnessed: that the line between being a participant and observer in journalism may no longer really exist.

Barbara Ehrenreich is the founder of the Economic Hardship Reporting Project, and the author of Nickel and Dimed: On (Not) Getting by in America; Bait and Switch: On the (Futile) Pursuit of the American Dream; Bright-Sided: How the Relentless Promotion of Positive Thinking Has Undermined America; and numerous other books.