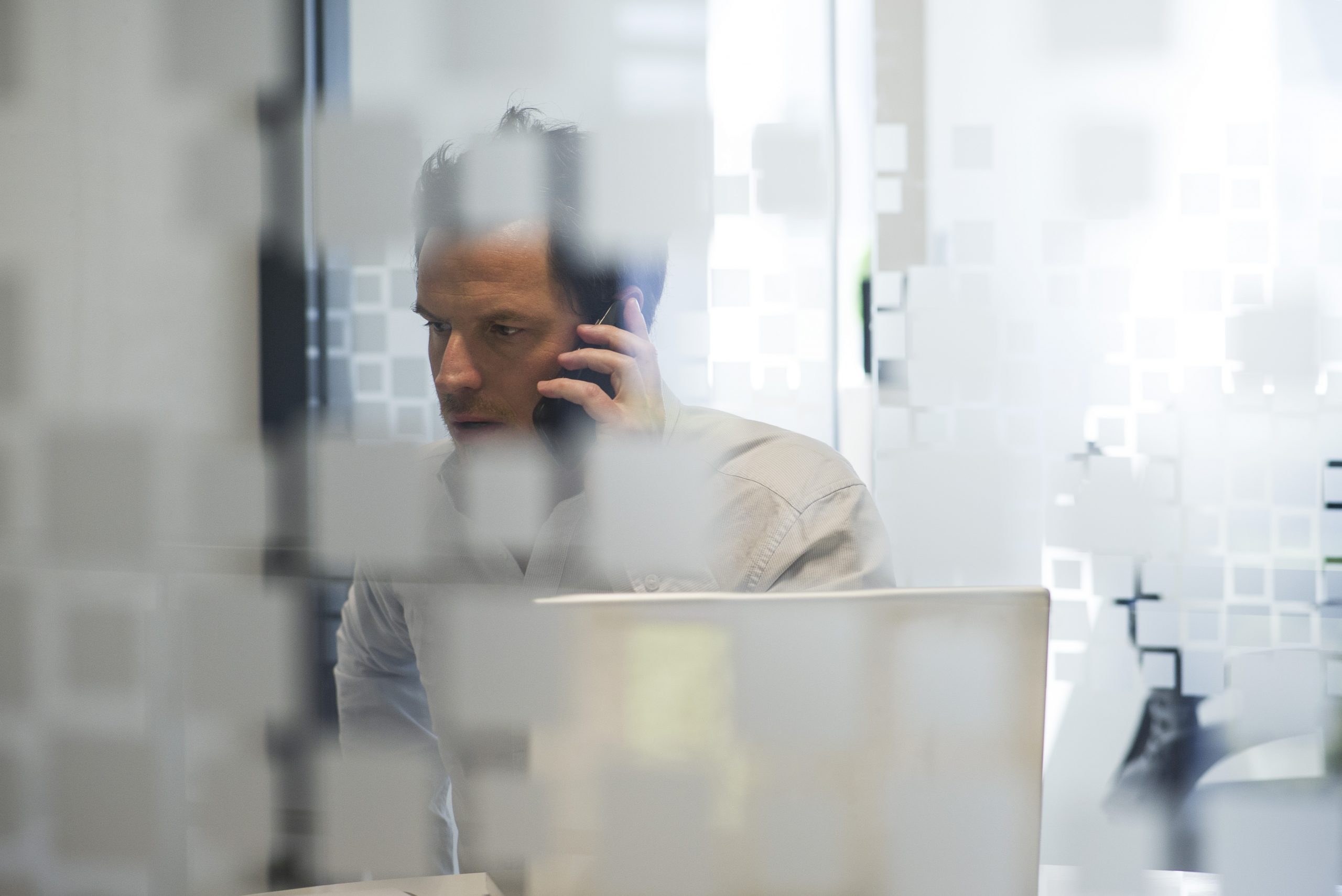 Photo by PhotoAlto/Frederic Cirou via Getty Images
The Pandemic, Workers

Annie Tritt, a 51-year old photojournalist, slept for days. Weeks turned into a month, with Tritt feeling ill, holed up in their apartment in Brooklyn’s Navy Yard. (Tritt self-identifies with the pronoun “they.”) Four different doctors agreed that Tritt had COVID-19, though no tests were available.

Tritt makes their living as a photographer: they are published in The New York Times and elsewhere. Tritt lost roughly $10,000 worth of photographic assignments in March alone due to the pandemic, though. (Their yearly earnings range from $40,000 in one recent year to $70,000 last year.) In April, Tritt had no savings and feared eviction. For the past two months, they were only able to pay two-thirds of their monthly rent.

Meanwhile, on May 29, Linda Tirado, a sometime contributor to the Economic Hardship Reporting Project, the journalism organization I am the executive director of, was blinded in her left eye by a rubber bullet while reporting from a Minneapolis protest. And many other such writers and photographers are being threatened and harmed.

An estimated 36,000 media workers have lost their jobs or been furloughed since COVID-19 struck. For independent photographers and reporters like Tritt, the damage is less heralded, but perhaps more severe. Dozens of publications have cut or eliminated their freelance budgets. To make matters worse, most self-employed journalists—like all Americans—have little to tide themselves over in this emergency; a recent poll suggests that only 47 percent of Americans have enough emergency funds to cover three months of expenses.

In terms of the physical dangers to journalists who are covering the protests, in addition to general risk, freelancers are already taking on medical costs—and potentially they will also take on medical debt—all for simply reporting.

The Economic Hardship Reporting Project exists to support reporters covering economic struggle. Some of those reporters have experienced poverty themselves. We commission journalism and co-publish it with publications ranging from The New York Times to Teen Vogue. We have replaced a photojournalist’s broken camera and provided warm-weather gear for a reporter who couldn’t afford a winter coat.

Now we’ve started a $100,000 COVID relief fund for reporters on the edge due to the economic or physical toll of the disease. For these grants, we don’t require them to publish; they simply have to have an active record of estimable and recent reporting or photojournalism, and prove to the best of their ability the financial peril they now face because of the pandemic. (The Heising-Simons Foundation is underwriting it.) We have already given out roughly $30,000 of it, preventing a few reporters from potential eviction. Other similar efforts are here or on the way, including those set up by PEN America, the Magnum Foundation, and Poets & Writers. Call it DIY UBI (universal basic income).

These moves are critical, but what we really need is something akin to the Federal Writers’ Project, a program of the Works Progress Administration, which launched in 1935 as part of a New Deal response to the Great Depression and ran for eight years. In its first four years, the FWP supported 6,600 writers, editors, and researchers, creating not only journalism but also oral histories and the like.

But such federal funding is unrealistic given the Trump administration. A more likely source of funding would be the very Internet companies that originally stripped the media industry for parts, like Facebook and Google. New York Times media columnist Ben Smith and others have credibly argued for a bailout of the journalism industry, with underwriting led by the digital behemoths, perhaps with regulators forcing them. Yet that sort of plan could just lead to big bonuses for news executives and little help for writers and editors—and no help for freelancers. Bottom-up bailouts are better than top-down ones; why not start with the big tech companies helping out the freelancers and the laid-off journalists in our midst, rather than their often fickle and self-interested employers?

And what if New York and California and other progressive governments put the many talented writers, editors, and image-makers who live in those states to work documenting this utterly disorienting period, in addition to offering them emergency relief funds?

This would not be so different from the original Federal Writers’ Project, which, despite its name, was taken over by the states later on in its history. Not coincidentally, FWP also supported some full-throated responses to white supremacists in that period. It also highlighted working class and minority voices, including the work of  soon-to-be-famous Zora Neale Hurston, Studs Terkel, and Richard Wright. Any state-supported writers’ project today should have a similar goal.

Today, there’s more than enough talent to fill the ranks of such an endeavor. Those struggling include legendary television reporter Ray Suarez, who wrote a piece for The Washington Post (supported by our organization) about his recent struggles. As Suarez wrote of his economic experience as a freelance journalist before the pandemic, a bicycle accident in his home in Washington, DC, where he hurt his jaw after he dropped family dental coverage, was a horror. “I was having trouble chewing food,” Suarez wrote. “In just a few weeks I had moved from being a guy who had top-drawer health coverage to being one of the guys I read about, one of the guys I covered, who deferred health care for fear of the cost.” Now in the time of the pandemic, such fears are only worsening. Suarez recounted to me how editors he’d talked to in February about assignments rescinded offers, and how the speaking gigs he needed in order to get by had also disappeared. “Income you thought in your head was real was gone, yet you still have the water bill, the electric bill,” he told me.

There are also plenty of other pandemic-related struggles that media workers now face that aren’t as striking but are still causing pain. Reporters and photojournalists who work second jobs to make ends meet—like photographer Rian Dundon, who worked as a museum security guard until the Portland Art Museum closed its doors due to the pandemic—are now facing hard times due to that development. Or there are reporters like Jake Price, another freelance photojournalist and filmmaker, whose surprise COVID-related economic setback occurred when Price’s sister and her family were infected and could no longer take care of Price’s 89-year old mother. At the same time, all of Price’s photography work slowed down and, when a roommate left his apartment the week before the pandemic, he was on the hook for twice his usual rent. That was when Price applied for, and received, a modest emergency grant from our organization. It has tided him over till now, when he’s starting to get more assignments again.

As journalists, we are used to thinking we are not the story—that we are creative class “non-essential workers” and, thus, that there are other, more worthy industries that deserve support. And no doubt the needs in the country are immense, as unemployment in some communities reaches Depression-era levels. But look at the past eight weeks. Who covered failures of testing and tracing? Who has covered the shabby treatment of supermarket workers? Who is covering the front lines of the unrest stemming from police violence?

Felled by COVID for two months, Tritt has now physically recovered. They have also received a check that begins to cover their medical bills and their rent. Of course, Tritt is a media freelancer, one of many who often subsist on the edges of the media ecosystem, even in boom times. Tritt applied for unemployment funds twice during COVID. (They could have also applied to the Paycheck Protection Program, but limited money in that kitty often means that freelancers are up against small businesses for its funds.) Tritt never received any money and was instead told that they “don’t earn any money as a journalist. I wanted to call and say ‘I paid $15,000 in taxes last year! I earn money!’”

Tritt wants to start shooting again, following a COVID test that turned out negative. They have plenty of ideas for projects. And that’s what emergency relief for journalists should do: keep gifted reporters healthy and solvent so that they can keep working. We must prevent the extinction of independent journalists as a species. We must keep documenting America, even as it fractures into a place that is less and less recognizable.

Alissa Quart is the executive director of the Economic Hardship Reporting Project and the author of six books, most recently Squeezed: Why Our Families Can’t Afford America. Her last piece for CJR was “Let’s push the language of journalism past its limits.”