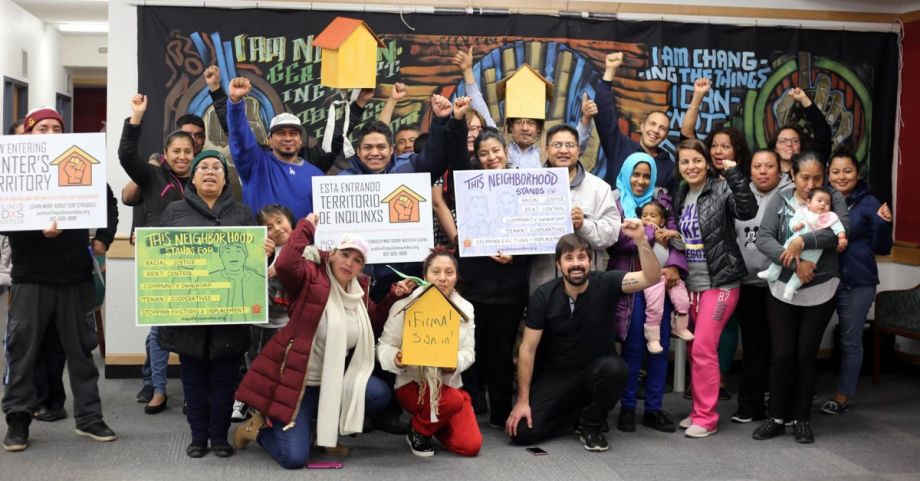 Tenants of Five Minneapolis Buildings Now Own Their Homes. Here’s How They Did It

After making their way to Minneapolis from Mexico with a group of five other families just over six years ago, Vanessa Del Campo and her husband Oscar Romero Del Campo moved into the first place of their own in the U.S. on New Year’s Eve 2015 — a one-bedroom apartment on the 3100 block of 22nd Avenue South. What should have been a celebratory occasion quickly soured as Del Campo discovered the dilapidated state her building was in.

“We had a lot of problems with mice and cockroaches as household appliances that didn’t work,” says Del Campo. “We thought if we tried to ask for certain repairs or improvements that we needed, we would run into problems and be told to leave.”

Chloe Jackson, a tenant in the same building since February 2013, had similar issues including squirrels in the walls that eventually entered her apartment through her kitchen sink. “We just got tired of the repairs not being done and felt like we could be our own landlords,” she said. And that is exactly what she, Del Campo, and 33 more families across five buildings in Minneapolis’ Corcoran neighborhood did.

Now dubbed the Corcoran Five, not only has the intrepid collective of renters been a major part of winning a landmark $18.5 million class-action settlement for thousands of Frenz’s former tenants — the largest of its kind in Minnesota history — but on May 18 of this year, they achieved what many considered to be the impossible: The group signed a purchase agreement for the five buildings from their landlord and have begun turning them into a tenant-run co-op.

“I’m so overjoyed to see the fruits of all of our labor in the fight we have been in,” Del Campo says. “We have an opportunity to grow as a community. I’m very hopeful that the work we’re doing could lead to more communities being able to get similar results that we did and building more communities like ours.”

On what the sale means for affordable housing and the rental industry as a whole, “I’m reasonably hopeful that this can be a method of creating wealth that might show promise. I think there will be a lot of people watching what happens in these buildings,” says Professor Edward G. Goetz, director of the Center for Urban and Regional Affairs at the University of Minnesota. “We need to investigate more creative means of generating wealth throughout the income distribution among renters and owners.”

Goetz also sees the tenants’ victory as a step in the right direction for the movement to bring a version of DC’s Tenant Opportunity to Purchase Act (TOPA) to Minneapolis, a move the city council is currently considering. In 2019, San Francisco passed a similar COPA—Community Opportunity to Purchase Act—law, giving non-profit organizations the first crack at buying buildings of more than three units. TOPA and the like put tenants on a more equal playing field with developers and play a key role in staving off gentrification in urban areas that white people once abandoned only to return back to decades later.

The purchase was made possible thanks to financing from the Land Bank Twin Cities , a local non-profit that works to create real estate opportunities for people with moderate and low incomes. The bank received a $4.98 million loan from Local Initiatives Support Corporation (LISC) Twin Cities and a $3.45 million, zero-interest loan from the city’s Small and Medium Multifamily Loan Program to complete the sale.

To get financing like this, “you really have to have a vision for the importance of land banking and on-site control,” says Eddie Landenberger, vice president and senior program manager at the Land Bank who worked on the Corcoran Five sale. “We really narrowly focused on that aspect of projects… and have a vision for the importance of it.” Working on the transaction took about a year and a half, largely because the landlord, Stephen Frenz, was an unwilling seller. “He walked away at least ten times,” Landenberger says.

Over the next three years, tenants will make payments to the Land Bank to officially own the buildings outright and formally implement their cooperative model.

The long, complicated timeline leading up to the landmark purchase largely began in 2013 when Frenz was praised for buying the 700-unit rental portfolio of Spiros Zorbalas, a notorious slumlord whose rental licenses were revoked by the city in 2012. Zorbalas was also banned from owning rental properties in the city for five years.

Originally seen as something of a hero for handling the crisis left behind by Zorbalas’ exit from the market, it would only be a matter of years until Frenz would meet the same end once his hidden partnership with Zorbalas was discovered. The city then revoked his rental licenses in 2017 and Frenz, who did not reply to multiple requests for comment on this story, began to sell (or attempt to sell) off the real estate that comprised his once sprawling, 60-building empire.

The tenants in the five Corcoran buildings, otherwise known as the Sky Without Limits Community, managed to hold out — a feat that has required an admirable level of organization, bravery, stamina, and personal sacrifice to persevere through a complicated series of court processes.

In the years since Frenz’s license removal, the Corcoran Five saw everything from an attempted sale of the buildings to Ricky Misco, an alleged Frenz co-conspirator, to a flip-flopping of various court-appointed management companies. Frenz also attempted to evict tenants several times. Both Del Campo, in late 2018, and Jackson, in a rare jury trial this spring, went to eviction court to fight for their right to remain in the buildings.

“At that point it became a two-front battle to prevent evictions,” says Luke Grundman, a managing attorney at Mid-Minnesota Legal Aid who has been involved in the group’s legal processes. “If he can kick everyone out, he gets what he wants… As long as we could keep the tenants in there, we hoped that would get him to sell, realizing that there’s not another option.”

Even while the court drama was ongoing, the tenant group began running their buildings cooperatively. The tenants had been paying rent into a court-managed escrow account since early 2018. When a housing court determined that necessary repairs still hadn’t been made, in June 2018 the tenants got a five-figure sum of their rent back and began addressing their buildings’ needs themselves.

“We take turns cleaning the building and making sure the trash is taken out. We each have roles to keep them maintained and when there are bigger maintenance issues, we usually pool money together to make the repair,” Del Campo explains. Tenants have even been handling their own security issues, boarding up vacant apartments that were being used by non-tenants and addressed the issue with the residents who were letting them in.

With the help of Inquilinxs Unidxs por Justicia, a group of organizers that works with tenants, chiefly renters of color and lower income renters, Del Campo and company have learned about running co-ops. They’ve also taken classes and gotten other help from cooperatives across the city and the world to help them become more organized in their actions as well.

To get to the point of purchasing the building, Del Campo says, the tenants divided up the necessary labor. Some worked within other renters to help them understand the importance of trying to purchase the building and answer questions about fundraising efforts. Others worked on what Del Campo calls the “campaign side” of the process, organizing actions like protests at Frenz’s home as well as at his church, appealing to his broader community to support their efforts. Since the sale, the group has formed several committees to divvy up responsibilities such as a finances committee that will work closely with the Land Bank, a maintenance committee to oversee the buildings, and a relief committee focused on supporting renters impacted by COVID-19.

Not only has the Corcoran Five paved the way for what the future of renting could look like in Minneapolis, their wins have implications for the tenants rights movement as a whole considering the deep inequalities of the current rental system in Minnesota and across the country.

As the Minnesota Housing Partnership’s 2019 State of the State’s Housing report found, the disparity between incomes and housing costs across the state have been on the rise. Between 2000 and 2017, the median income of renters has decreased by five percent while the median rent has risen by 13 percent. Black and indigenous people of color, seniors and residents at the lowest income levels have been the most seriously affected. Nationwide, housing inequality is at the source of economic inequality as a whole.

“The real estate industry is sick with the mindset of passive income, Trump University B.S.,” Landenberger adds. “This ‘investment vehicle’ mindset really damages society because it sucks wealth out of the community.” Yet, he’s heartened at the growing number of people like the Sky Without Limits Community that is looking at the rental industry differently.

Jackson, now an organizer with Inquilinxs Unidxs as of January, describes the purchase as “a big relief. We don’t have to worry about our housing. Our homes aren’t at stake anymore and it feels like I can breathe again.”

The future of the Corcoran Five is now full of possibilities. “Our first priority is paying down the loans… and working on evaluating with each family what is possible and what ‘rent’ could look like in the future,” Del Campo says.

“I think everyone in the city saw, and I hope more and more people see, this was a needed change,” Del Campo adds. “The [rental industry] is so poorly organized and operates within a system that marginalizes people and doesn’t respond to families’ most basic needs of housing. The co-op [model] might not be the easiest, but it’s the most just system… I think this is a point of change in our city and hopefully in other cities to a really broken, racist system.”

Co-published with Next City. 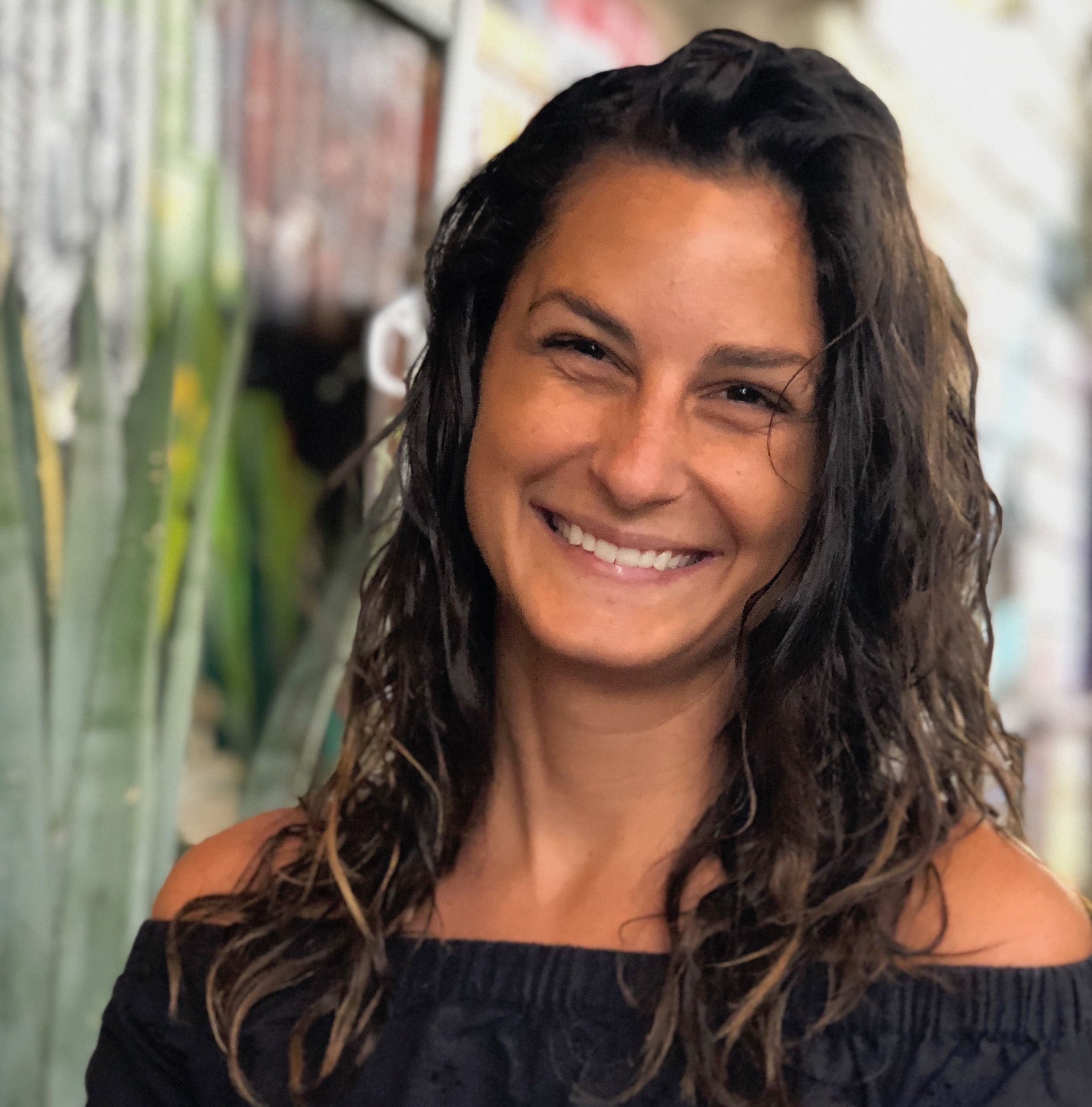