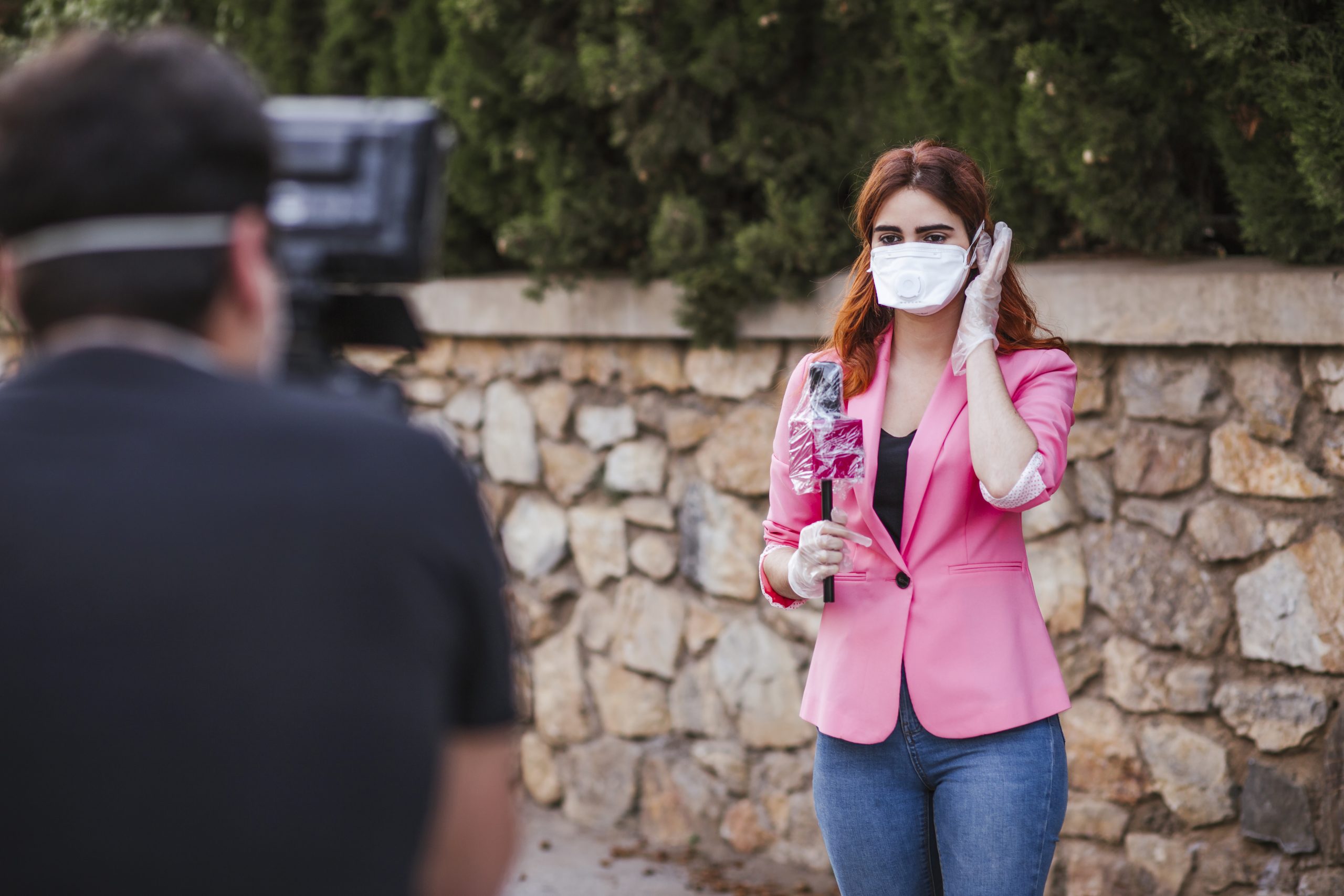 Photo by Westend61 via Getty Images
Culture, The Pandemic

Alissa Quart on A New Deal for Journalists

Reporters don’t tend to see themselves as the story. (There have been, of course, a few exhibitionist exceptions.) But the pandemic, and indeed the whole Trump era, has exposed the lie of this professional modesty. Reporters are an endangered species, politically and economically, and yet we are seemingly more necessary to democracy than ever. After all, who investigated failures of testing and tracing? The COVID-era treatment of supermarket workers? And who has served on the front lines to document protests against police violence?

Journalism has been revealed once more to be essential, like rain.

With that in mind, we need a new infrastructure to sustain imperiled journalists and journalism. Think of it as Federal Writers’ Project (FWP) redux. Long before COVID-19 reared its ugly crown, our industry was in free fall. In the aughts, the number of newspaper journalists nationwide was reduced by 45 percent in a single decade. And in pandemic times, an estimated 36,000 media workers have lost their jobs or been furloughed, while Kristen Hare at the Poynter Institute estimates that 60 local newsrooms have closed. For independent photographers and reporters, the damage is less heralded but perhaps more severe. Dozens of publications have cut or eliminated their freelance budgets. (As a journalist and an editor who runs a nonprofit dedicated to supporting many of these independent reporters, I see this reality every day.) To make matters worse, most self-employed journalists—like all Americans—have little to tide themselves over in this emergency. And according to a survey of English-speaking journalists published by Columbia Journalism Review in October 2020, 67% of respondents were concerned about unemployment or other financial impacts.

That’s where a new FWP would come in. For those who don’t remember it from history class, here’s a thumbnail description to jog your memory: the FWP was a program of the Works Progress Administration, established in 1935 as part of a New Deal response to the Great Depression, that ran for eight years. In its first four years, the FWP supported 6,600 writers, editors, and researchers who created not only journalism but also oral histories, including first-person recollections of formerly enslaved people and stories of Depression-era Hoovervilles, or shanty towns. And in addition to helping journalism survive, FWP-funded work often came in original formats: for example, federally funded reporters produced an American Guide Series, for city and state travel.

A modern FWP might similarly use unexpected genres and fresh modes of expression. In addition to traditional reporting and oral histories, it might support nonfiction poetry, reported tweetstorms, or use of highway billboards for displaying newsworthy stats. It would also, like the original FWP, support talent that is currently in the margins: the original FWP highlighted working class and Black voices, including the then-unknown Zora Neale Hurston, Studs Terkel, and Richard Wright.

Of course, to expect federal funding for a pandemic-era version of the FWP was unrealistic during the Trump administration, with its rhetorical and militaristic attacks on journalists. But one day soon, it may be a real possibility. It could also be implemented on state and local levels right now, putting unemployed writers and photographers back to work. This would not be so different from the original Federal Writers’ Project, which, despite its name, was taken over by the states later in its history. What if New York, California, and other progressive governments pay the many editors and image makers in these states to document this surreal period?

A more likely source of funding for a contemporary FWP could also be the very internet companies like Facebook and Google that originally stripped the media industry for parts. Some of these companies have made substantial gestures in this direction, but these plans tend to be implemented from the top down, assisting, say, digital behemoths or helping news executives but not freelancers and laid-off journalists. That’s part of why a new FWP would be a critical corrective; it would work from the bottom up rather than the top down. A resurrected FWP would require great investment and human infrastructure, but would keep thousands of reporters in the workforce. It would also enable the truth of the pandemic—and its aftermath—to continue to emerge.

During COVID-19, reporters have shown themselves to be worthy of the word “essential,” which is why we must support journalists in new and inventive ways. They are as essential as the air we breathe.

This piece was partially adapted from an essay originally published in the Columbia Journalism Review.

Alissa Quart is the executive director of the Economic Hardship Reporting Project and author of Squeezed: Why Our Families Can’t Afford America and the forthcoming Bootstrapped.