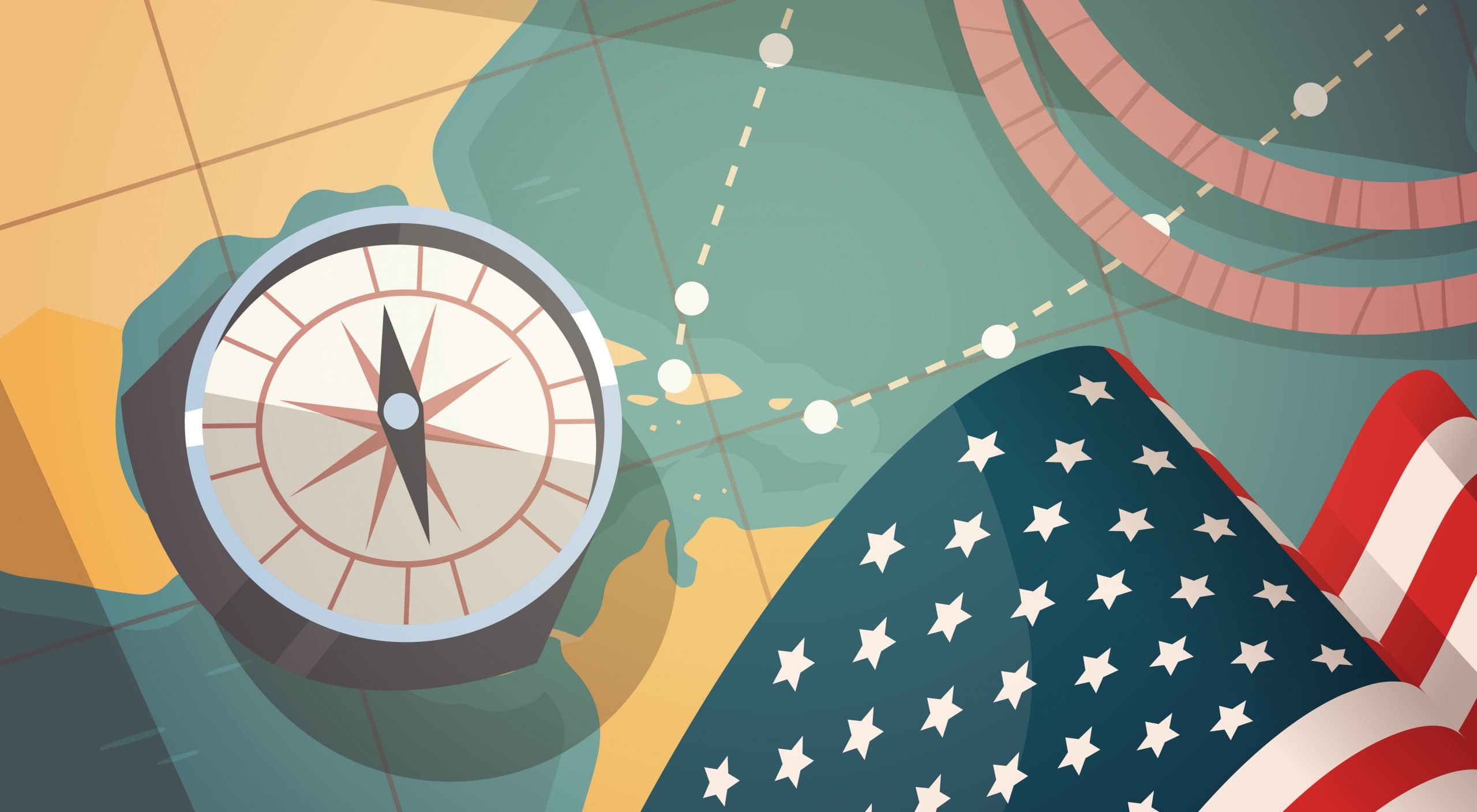 Millions of American Latinos Have a Complicated Relationship With Christopher Columbus

More than 500 years after Columbus “sailed the ocean blue” we again mark his day as a national holiday. Simply put, without him, there is no me. Do I have to be careful about how I hate who he was, what he stood for, and what he created when he waded onto the offshore islands of a continent he didn’t know was there? Along with some 60 million other people in this country, I am a descendant of the Spanish Empire in this hemisphere. Can I detest Columbus, and still love myself?

Debates launched in the middle of a pandemic, after the death of George Floyd, have reopened countless unfinished arguments and family fights. Confederate generals, slaveholding founders, racist US presidents, all have, in time, gotten their turn in the barrel.

Unlike the reassessments of Robert E Lee, the agita over Columbus is an annual event. The Genoese mariner freelanced his way into the Spanish royal court and eventually opened the Western Hemisphere to the creation of one of history’s largest and richest empires. The fight over Columbus, unlike more recent skirmishes over statues, memorials and city names, has been with us a while, and presents the 21st century US, and the rest of the Americas, with a persistent challenge over memory and history, and demands to know who, and what, we honor and celebrate.

Latinos in the United States are the Grandchildren of Empire, cultural and physical heirs to what Spain created in the New World, for better and worse. Our ambivalence can be seen in angry mourning over the treatment of indigenous and African-descended people, and in the retelling of Columbus’s full record as a brave and audacious seaman, and a cruel and incompetent colonial administrator.

As we approach Columbus Day, Latino Twitter and my inbox will fill up with tributes to unsung Spanish history and heritage in this part of the world, along with increasingly insistent calls to remove Columbus from the pantheon of American heroes as an opening gesture of a fuller appreciation of his crimes.

Italian-Americans and their civic and cultural organizations recoil in shock and mount repeated defenses of the man who worked for Spain’s royal family and appears never to have set foot on the Italian peninsula again after leaving as a young man. He’s their guy. Any attempt to detract from Columbus’s stature is portrayed as an attack on Italians, though maps of Europe would not feature a country called “Italy” until more than 300 years after his death.

At the same time, culturally conservative Americans look at the ruckus and portray cities and campuses changing the Columbus celebrations to “Indigenous Peoples’ Day” as political correctness run amok, an attack on this nation, its history and its heroes. They defend the sailor’s place in US history even though Columbus never set foot, in all his transatlantic voyages west, on one inch of what would become the 50 United States.

Yet the Niña, the Pinta, and the Santa Maria became part of our received, taught and retaught history. Colombo, his family name Anglicized to “Columbus”, is a little like a Founding Father, both unassailable, and American. Ronald Reagan said the explorer “personifies a view of the world that many see as quintessentially American”. Dwight Eisenhower called him a “great figure of American history”. Lyndon Johnson declared that Columbus’s courage was “part of the patrimony of every American”.

Italian immigrants arrived in a country where an American state capital was named for Columbus, where the world’s fair was called “The Columbian Exposition”, where postage stamps bore his likeness, and a prestigious university was named “Columbia”. Embracing an established hero was part of their journey into American assimilation.

For Latinos however, the weight of history is more direct, more ambivalent, and more contested. Columbus, or Cristóbal Colón, as he’s known in Spanish, opened the Caribbean, Mexico and Central America, and eventually much of the vast continent of South America, to Spanish plantations, mines and colonies. Columbus’s boosterism fed the gold hunger of Spain, later satisfied by unimaginable riches from the mines of Mexico and Peru. He began the use of indigenous people in coerced labor, sped the importation of slaves from Africa and the ruthless exploitation of a vast swath of earth stretching from Argentina to what’s now the Canadian border. The younger you are – and demographically Latinos skew young – the more likely you are to also learn of him as a genocidal criminal who eventually returned to Spain in chains, rather than the hero in stone and bronze who silently stares down on squares and avenues bearing his name across the US.

No matter what their individual 23andMe report might say, this history leaves Latinos with a complicated assignment: to be wide awake and aware, and discerning enough to detest what Columbus did while treasuring the world he made, even if it was an accident. Loving yourself gives you the ballast to look that history right in the eye. It may require a careful walk on the knife edge of history to be a well-integrated 21st century human, glad you’re you, and revolted by the events that led to you being you.

Along with the unhappy outcomes of colonization, brutality, and disease, Columbus brought the Catholic religion, the Spanish language and the rest of Iberian culture to Spain’s New World empire. That vast string of possessions from Alto California in the west, south to Patagonia and east to Vieques off eastern Puerto Rico became the mixing bowl for a dazzling array of cultures created from indigenous, African and Spanish influences. The breath-taking beauties of literature, textiles, painting, music, dance, and the particular Latin American strain of Christianity, may have begun in pain and struggle, but end in beauty and triumph. San Francisco, Los Angeles, San Diego, Santa Fe, El Paso, San Antonio, St Augustine, all began life as Spanish settlements. Today they are among the most important American cities, but they were founded in suffering, mass death from disease, and coercion.

While fully taking on board that I am an unintended creation of New World history, I must be careful to honor, and mourn, the Indian nations that suffered terrible harm after the repeated Spanish invasions Columbus made possible. At the same time I must concede the right answer might feel different for those of us who trace some of their ancestry to the Spanish Empire, but are more indigenous, or more African, and less Spanish.

There are conversations that happen inside the “family” that our fellow Americans are simply not a part of. Do we try to do the calculus, or at least avoid the hypocrisy, of loving and celebrating la mezcla, the mixed culture created by the Spanish Empire while acknowledging how it got here? Those tense conversations might begin by admitting to ourselves that debates over Columbus are a luxury many of our grandparents could not have imagined while struggling to get a foothold in the US, escape poverty and oppression somewhere else, and be recognized as contributing, fully human members of the American family. With a pivotal election just a few weeks away, beset by challenges in employment, education, and health care, Latinos have pressing agenda items that demand our energy today. Where is Columbus on that list?

Many Americans won’t mind celebrating a holiday honoring a man who never reached the United States. It’s a day off in a year that’s already had too many of them. Italians will gladly hold up a hero who never lived in a place called Italy or spoke a language called Italian. For tens of millions of Latinos in America, a threading of the needle may be called for: acknowledging the crimes and shortcomings of a deeply flawed man, while being fully aware that he set forces in motion that made us who we are.

History isn’t good or bad. It just is. There are no do-overs. Almost 520 years since Columbus’s last voyage, somos quienes somos. We are who we are.

Co-published with The Independent.