The Making of ‘an Ardent Trump Supporter’ in Youngstown

In 1983 Joe Marshall Jr. and his father took me to visit the ruins of U.S. Steel’s Ohio Works in Youngstown, where they’d tended steam engines for years. Acres of twisted metal surrounded us. We talked about the Great Depression. Back then, they merely idled the blast furnaces. Now U.S. Steel had dynamited them. “Incredible,” Joe said, a stunned look on his face. “I don’t want to look at this place.” Joe had traveled all over America unsuccessfully looking for employment. He was living with his parents.

In 1996 I met up with Joe at a dance hall where he was a security guard, one of three part-time jobs he juggled on a few hours of sleep each night. Stress from this grueling schedule factored in his marriage ending; he’d just moved back home.

Come 2008, Joe worked as a phone solicitor for a Christian call ministry. Again he was living with his parents. We ate pizza at the family’s kitchen table. They’d always voted for Democrats. Joe Sr. said Republicans didn’t care what happened to workers. His son cut in, sharply: “They all did it.” Joe Jr. was bitter about the North American Free Trade Agreement, and that General Motors had just been given $13.4 billion in bailout money in part to keep the nearby Lordstown plant open. (It was permanently closed by GM in 2019.) “My neighbors, friends, we all need jobs. They gave GM everything. Nobody ever gave us breaks like that.” Joe spoke of “one world order.” This was new. He’d never talked politics. I asked him to explain: “It’s all about money. They want people to make nine, 10 dollars an hour.”

In 2016, I learned that Joe had become “an ardent Trump supporter.”

I wasn’t surprised. The arc of Joe Marshall Jr.’s adult life is a microcosm of what I witnessed in well over one dozen major reporting trips to Youngstown over the decades, the evolution of many people there into Trump voters. He was made—not born—to be one.

The Marshalls and other workers produced the steel in the bridges we cross, the rebar in the foundations and walls of the buildings we live and work in, yet nothing was done to help the 50,000 people who lost well-paid factory jobs in the Mahoning Valley. The nation moved forward into an economy tailored for Jeff Bezos, tech bros, and hedge fund managers. The steel workers and their children were forgotten by us. We didn’t notice when they grew bitter and angry and later started dying from opioid overdoses; we were shocked when a great number of them reminded us of their presence and cast votes for Donald J. Trump.

When I first met Joe nearly 38 years ago, I believed that I’d affect change by writing about Youngstown and job-seeking travelers in my 1985 book, Journey to Nowhere: The Saga of the New Underclass, with photographer Michael S. Williamson. Surely something would be done to care for the hundreds of thousands set adrift by deindustrialization. My reference was the 1930s. John Steinbeck’s The Grapes of Wrath sold 430,000 copies in 1939; John Ford’s film interpretation came out in 1940. On the political side, I expected a 1933 moment. An overwhelming number of Americans supported Franklin Roosevelt’s New Deal programs that copied experiments by state governments—early models of unemployment insurance and social security. States became known as the “laboratories of democracy,” a phrase that came from U.S. Supreme Court Associate Justice Louis Brandeis, who used the term dissenting in a 1932 case.

But nothing happened. I lamented not being born decades earlier, to have been a writer at the start of the Great Depression, an era when I could have impact. It now appears that I’ve lived long enough to be at the dawn of this century’s version, deemed the “pandemic depression” by economists Carmen Reinhart and Vincent Reinhart.

If Democrats do well on November 3, I’m still naive enough to hope that we will finally pay attention to Youngstown, the rest of the Rust Belt, and the widening gyre of desperation everywhere—that is if Democrats finally start acting like real Democrats, the kind that existed in the 1930s. There are models they can follow for a contemporary New Deal, but this time the laboratories of democracy aren’t coming from the states. Even Democrats in states like California aren’t being as creative as some think tanks and nonprofits—and one organization with big ideas in particular.

In the summer of 2016 I volunteered to work a shift loading “Cleveland Crisp” lettuce onto a conveyor belt inside a three-and-one-quarter acre hydroponic greenhouse operated by Green City Growers, one of three companies started by the Evergreen Cooperative Corporation, owned by its workers.

The Cleveland Foundation provided seed funding, with help from “anchor institutions” and the city, for this “laboratory” patterned after the Mondragón Corporation in Spain, a worker-owned cooperative with 75,000 employees. The greenhouse shipped 10,800 heads of lettuce that day. I quoted Harvest Manager Ernest Graham in a story I wrote for Smithsonian: “This is the United States of America. Greed. It’s part of our M.O. We have significant wage gaps now.” If the “Cleveland model” was expanded, he said, “that’s where you want society to be. If everybody was well off, it would be a better country. Can you imagine if every company was a co-op? Like Wal-Mart?”

The greenhouse, in the heart of the Rust Belt, is just one mile as the Lake Erie seagull flies from the long-demolished blast furnace on the Cuyahoga River where one of my grandfathers worked, and an hour-and-15-minute drive from Youngstown. The next day I visited a laundry, owned by the for-profit cooperative, which employed dozens. It was doing some of the laundry for the renowned Cleveland Clinic. Evergreen was sprung from an idea to change capitalism by the Democracy Collaborative, a community development organization. It seemed dreamy. But it was working, and it had attracted the interest of leaders in other cities, including Albuquerque, New Orleans, Richmond, Virginia, and Rochester, New York.

Now it’s booming. When I recently circled back, Evergreen CEO John McMicken said the cooperative is thriving and now has some 250 employees. The average wage is $15 per hour and, with profit sharing, “it’s something north of $20 an hour,” he said. Every employee has medical and dental insurance, and there is a home-buying program.

“If everybody was well off, it would be a better country. Can you imagine if every company was a co-op? Like Wal-Mart?”

“We’re getting calls from wild places,” said Ted Howard, co-founder and president of the Democracy Collaborative. “From Hollywood, Florida. They’ve got the old tourist economy, and they’re calling, saying ‘My God, we’re going to lose the whole basis of our economy if we don’t do something.’ What’s happened in the industrial cities has been visited upon the whole country.” Officials from New York City and Chicago are also pinging Ted and his cohorts.

Green City Growers, one of the Evergreen Cooperatives companies. Photo by Dale Maharidge

The question: if Joe Biden wins, will he embrace following something like the Cleveland Model as a basis for this century’s New Deal?

“My sense is that if Biden gets in, the policies he is now considering are simply way too insufficient to address the cascading effects of the pandemic economy,” Ted said. “He’s a liberal centrist by inclination. He’s obviously been pushed by Bernie, Elizabeth Warren and The Squad, but he centers himself in the middle. But if he doesn’t go big, I don’t think he’s going to be able to pull us out of this mess.”

“Exactly. A little tinkering around the edges, it’s not going to work in this situation. He’s going to have to find some big ideas to drag us out of the hole. This could be the most progressive economic agenda and administration since the New Deal.”

The Democracy Collaborative recently published a summation of its proposals for a New Deal, “Owning Our Future after Covid-19: A Five-Point Plan for US National Economic Reconstruction.” One of those points is that if the government bails out big companies, “it should receive ownership stakes in return and use its voting rights to restructure and repurpose companies in the interests of people and planet.” The plan calls for the creation of a modern version of the Great Depression-era Reconstruction Finance Corporation, “used to great effect in the New Deal when it became the nation’s biggest bank and single largest investor.”

This fund shouldn’t be topdown, however, says Marjorie Kelly, executive vice president of the Democracy Collaborative. “Instead of holding companies at federal level, it would support city/state/regional holding companies, which would be in control of what happens in their area.” Cities have long used “tax giveaways” to lure companies that often leave after a few years. This local control could create hundreds of Evergreen-like cooperatives.

“One former hospital executive I’ve spoken with,” Ted said of an Evergreen supporter in Cleveland, “thinks this could be a once-in-a-lifetime chance to create hundreds of thousands of good jobs in America.”

Many progressive think tanks, he said, are focused on tax policy, which is a mistake.

“They’re all still playing on the same field of ‘how do we kind of humanize capitalism to make it a little better and less disruptive?’”

“We need to construct an entirely new system capable of producing the outcomes we want, so it’s not an economy that generates extraordinary concentrations of wealth, that can lead to lay down the groundwork to actually build a democratic economy capable of addressing the climate crisis, capable of repairing the economic damage that’s been done to the African-American community for 400 years.”

Ted invoked FDR, who veered left “trying to save capitalism.” He believes Biden and many nervous Democrats will have no choice. “They’re going to embrace big ideas that really change the nature of government in the economy. That’s the times we’re in,” he said of the cratering economy. “By February of next year, October may look like the good old days.”

Joe Marshall Jr. led a peripatetic work life—he was broke for years and had to keep returning to live at home. Amid this his father urged him to renew his license as a stationary engineer, which allows him to operate industrial boilers—the job he held at U.S. Steel’s Ohio Works. The annual fee was $50 or less in the early years, which seemed like a lot of money at the time. Yet Joe kept paying it.

“I’ll never be as smart as my dad,” Joe said. “My dad told me right after the mill shut down, ‘Joe, keep the license up. You never know.’ I said ‘Screw it, I’ll never be an engineer again.’ But he said ‘Never say never.’ And he was right.”

Joe, 67, is once again a stationary engineer in a town near Columbus, now earning more than ever, when that income is combined with Social Security and his pension from 23 years as a correctional officer. When we talked recently, we happily laughed about his good fortune late in life. Conversation turned to politics.

“I was born and raised a Democrat,” he said. He’s grown conservative on a host of social issues, which would prove problematic for his ever turning away from the Republicans. But if the Democratic Party delivered good jobs for the working class, such as embracing initiatives like the Evergreen cooperatives, I asked, “Could you see yourself ever going back to the Democratic Party?”

Dale Maharidge’s forthcoming book, Fucked at Birth: Recalibrating the American Dream for the 2020s, will be published by Unnamed Press in January. 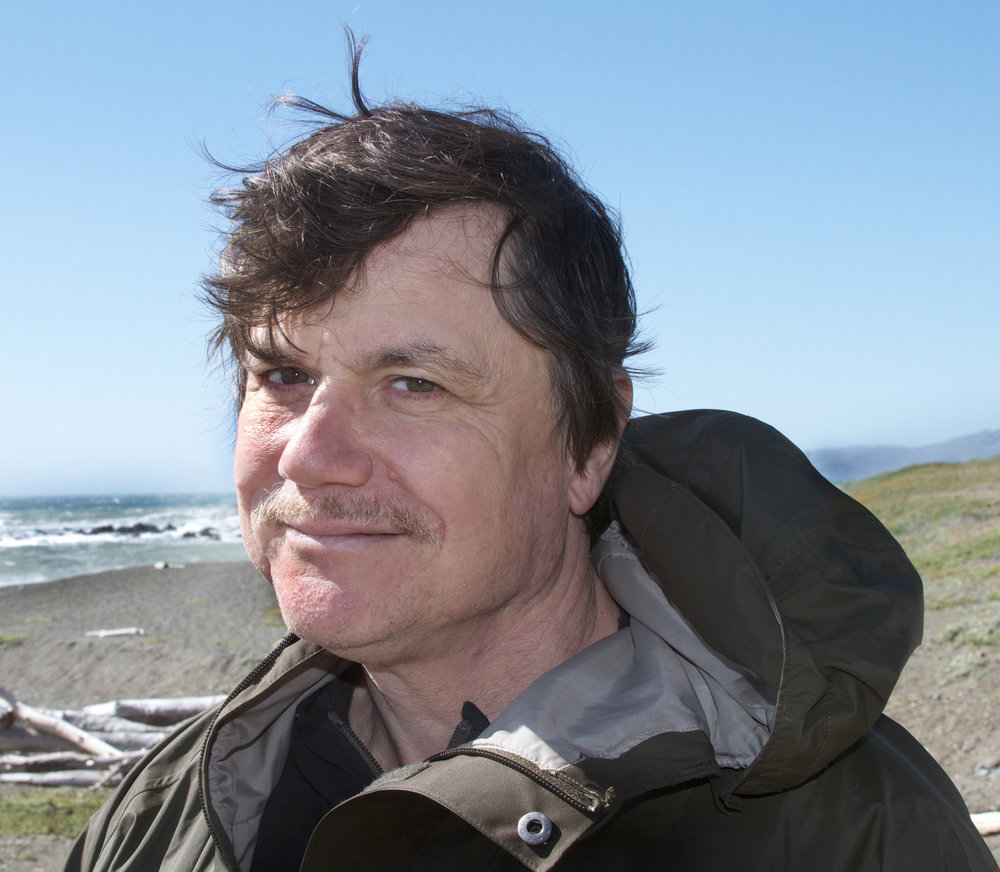 Dale Maharidge is a professor at Columbia University's School of Journalism. He won the 1990 non-fiction Pulitzer Prize for And Their Children After Them. Most of his books are about the working class.