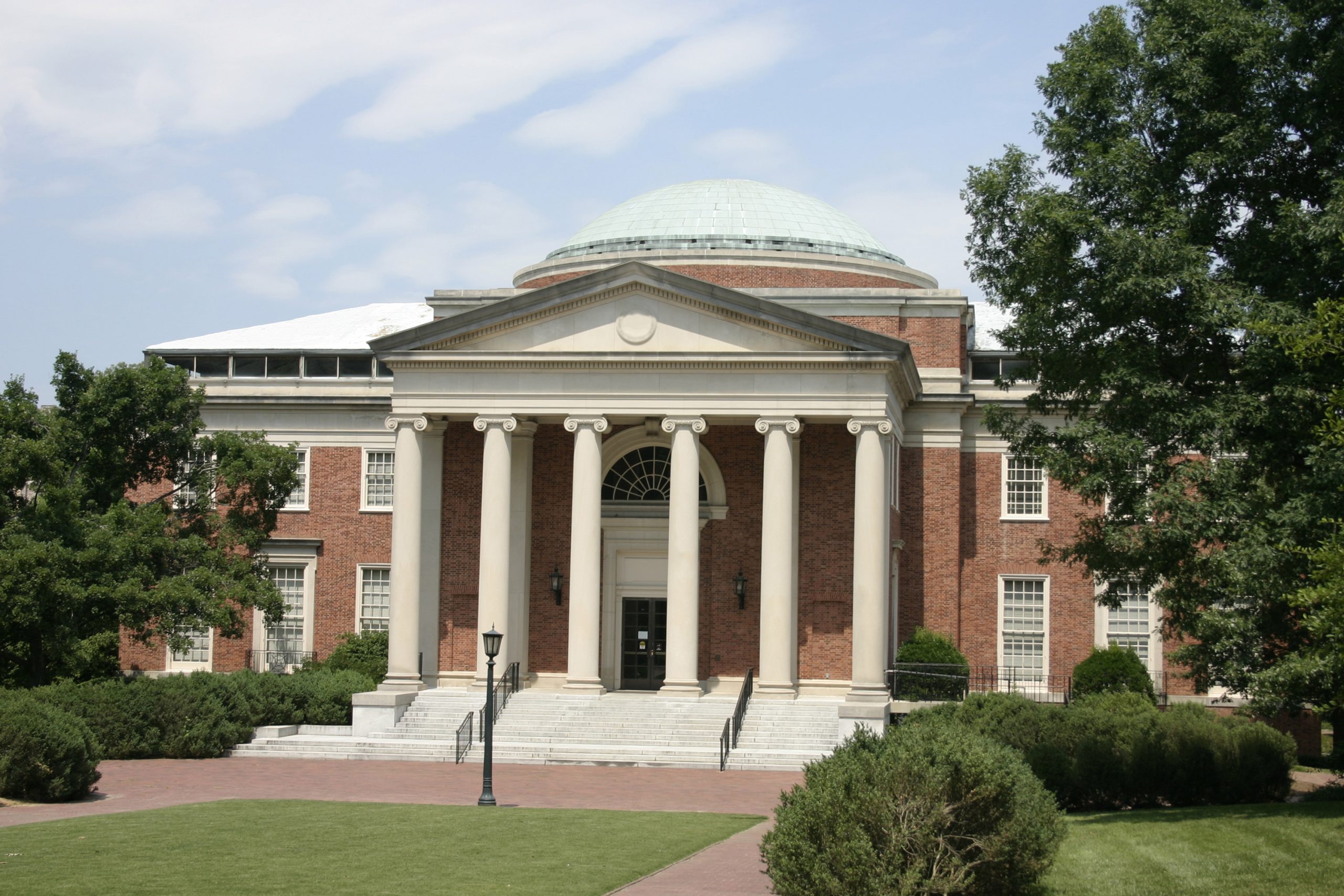 Photo by photohoo via Getty Images
Education, The Pandemic

Chloe Arrojado can come and go from her dormitory at the University of North Carolina at Chapel Hill without seeing a single soul.

No one is canvassing, distributing campaign materials, or loudly pontificating in the Pit, a brick courtyard that serves as the university’s “town square.” There, partisan speakers often shout their opinions; conservative preachers sometimes thunder on about sin; and student groups stage rallies, bake sales, and the occasional condom giveaway. Or they register voters, which is what Arrojado, a 23-year-old senior journalism major from Concord, North Carolina, remembers from the 2016 presidential election.

“I couldn’t walk out the door without someone telling me to vote, trying to register me,” she said. “Now it’s just a ghost town.”

That’s because the university, which made headlines for moving forward with the regularly-scheduled fall semester despite the coronavirus pandemic, was forced to rapidly shut down in-person classes in August. Within days of students’ return, COVID-19 clusters erupted in university housing and around campus, including in fraternity houses and Arrojado’s own dorm, so the school sent most students home on short notice. Arrojado stayed because she had a campus job that gave her free housing and she found it hard to focus at home; she now has a single room with a eight-person suite that she shares with just one other resident. University housing at UNC is at just 12.9 percent capacity. And other universities across the state also performed near-evacuations of their dorms. At N.C. State University, a half-hour’s drive away from Chapel Hill, only about 1,500 students are on campus out of the 10,000 who would normally be in residence.

There’s no precedent for this diaspora of young voters in an election year. North Carolina is a swing state, and its college students tend to lean progressive. The Center for Information & Research on Civic Learning and Engagement at Tufts University predicted that the state’s youth vote, which tilted toward Clinton in 2016, could have a “disproportionately high electoral impact in 2020” for both the presidential race and the U.S. Senate contests. Indeed, these students’ absence at UNC-Chapel Hill precincts — and at multiple other N.C. campuses vacated due to coronavirus — could affect the state’s vote.

North Carolina has long vacillated between the blue and red poles of U.S. electoral politics. Now, it’s firmly purple and “in play” enough that the state’s voters have found themselves overwhelmed by urgent text messages, papered with fliers, and visited by the candidates themselves and their proxies. Scandal actress Kerry Washington shilled for Joe Biden. And the Trump daughters were out for their father (you, too could do “breakfast with Tiffany”). North Carolina went for Barack Obama in 2008. Eight years later, Donald Trump edged out Hillary Clinton by 3 small-but-huge percentage points. If this year’s polls are to be believed (and that’s a big “if”), margins in this latest presidential bout are likely to be slim in the state. Even the last gubernatorial race was a cliffhanger, with Democratic Gov. Roy Cooper edging out incumbent Pat McCrory by a less than a point and a half. In real numbers, that was about 10,000 votes. This go-around, the Biden-Trump race is tight.

Rachel Raper directs the Orange County Board of Elections, the body overseeing voting at UNC-Chapel Hill and its environs. She couldn’t say how many students are registered to vote locally. But she did say that early voting in Democratic-leaning Orange County, which houses the university, was strong. As of the Wednesday before Election Day, more than 60 percent of registered voters had already cast their ballots, giving Orange County the second-highest turnout of the state’s 100 counties. That left the last three days of early voting — typically times of heavy voter traffic — plus Election Day itself.

So Orange County as a whole is turning out. But when it comes to the specific local precinct that serves the university, the numbers drop. Where normally there are 8,000 registered voters, this year, Raper said as of last Wednesday it had 6,164 registered voters. She estimated that roughly 4,500 of those voters are students. At that point, erly voting turnout in this precinct was at just 29 percent compared to the county’s 60 percent.

“That’s an anomaly,” Raper said. “Our next lowest precinct is 40.5 percent. So you can see where students not being present is affecting that precinct.”

Where will all those students vote — if they vote at all? Some may have already registered in their home community before the pandemic. Others may have had the foresight to reroute their voting registration when they left campus. Here, even small numbers could add up, especially since more than 80 percent of students at UNC-Chapel Hill are North Carolina residents. And that’s not counting students from numerous universities across the state, including the 17 in the public UNC system.

Those students who registered in the UNC-Chapel Hill precinct but then left when campus was “depopulated” would have needed to change their registrations or voting method. In the mad scramble to flee the pandemic — booking plane tickets, managing classes, talking to parents — how many were thinking about their voter paperwork?

There’s no way to really know the answer to these questions right now. The university mail system returns ballots undelivered to UNC-Chapel Hill addresses to the Orange County Board of Elections, which, in turn, makes an effort to locate the voter. Raper said only a “small” number of ballots destined for university addresses have been returned.

So far, it seems uncast ballots from university towns aren’t putting much of a dent in the young vote in the Tar Heel State. It’s been a blockbuster year for young people turning out in North Carolina. The News & Observer of Raleigh has reported record early voter turnout of voters ages 18-29 — almost eight times more than four years ago.

Still, other large universities have been reminding students to register or vote via mass-emailed notes from student body presidents or administrators. N.C. State’s Brian Mathis, associate director for leadership and civic engagement in the school’s student affairs division, said in an email he’d only heard of two students asking for help with ballots sent to a campus address. The relative silence may signal that many students hadn’t registered at all when they had to make quick retreats from campus.

Smaller institutions have an advantage when it comes to mobilizing student voters. Greensboro, a city of about 300,000 and 50 miles away from Chapel Hill, is home to five universities: Bennett College, Greensboro College, Guilford College, North Carolina Agricultural and Technical State University, and UNC-Greensboro.

Bennett College, one of the country’s two historically Black colleges for women, quickly decided that it would switch to an all-remote semester, even while others like UNC-Chapel Hill and N.C. State charged ahead with in-person classes. It also planned programming that urged its almost 300 students — called Bennett Belles — to vote wherever they are. Among the programming was a discussion between alumna-editor Evette Dionne and Johns Hopkins University Professor Martha Jones, both of whom have published recent books on Black women and the suffrage movement.

Dawn Booker, Bennett’s director of strategic communications, said via phone that she had just finished sending a mass email to students, their parents, alumni, and other supporters, encouraging them to vote. The college created the Bennett Belles, Voting Belles webpage to facilitate registration and voting wherever their students live. The students will get T-shirts with that “Voting Belles” slogan by Election Day, if the mail cooperates amid politicized postal service slowdowns and high mail-in ballot volume.

Dr. Cynthia Greenlee is a North Carolina-based historian, editor and writer whose work has appeared in publications as diverse as Elle, The Guardian, Longreads, Smithsonian, Vice, and the Washington Post.

Co-published with The Week and Yahoo News. 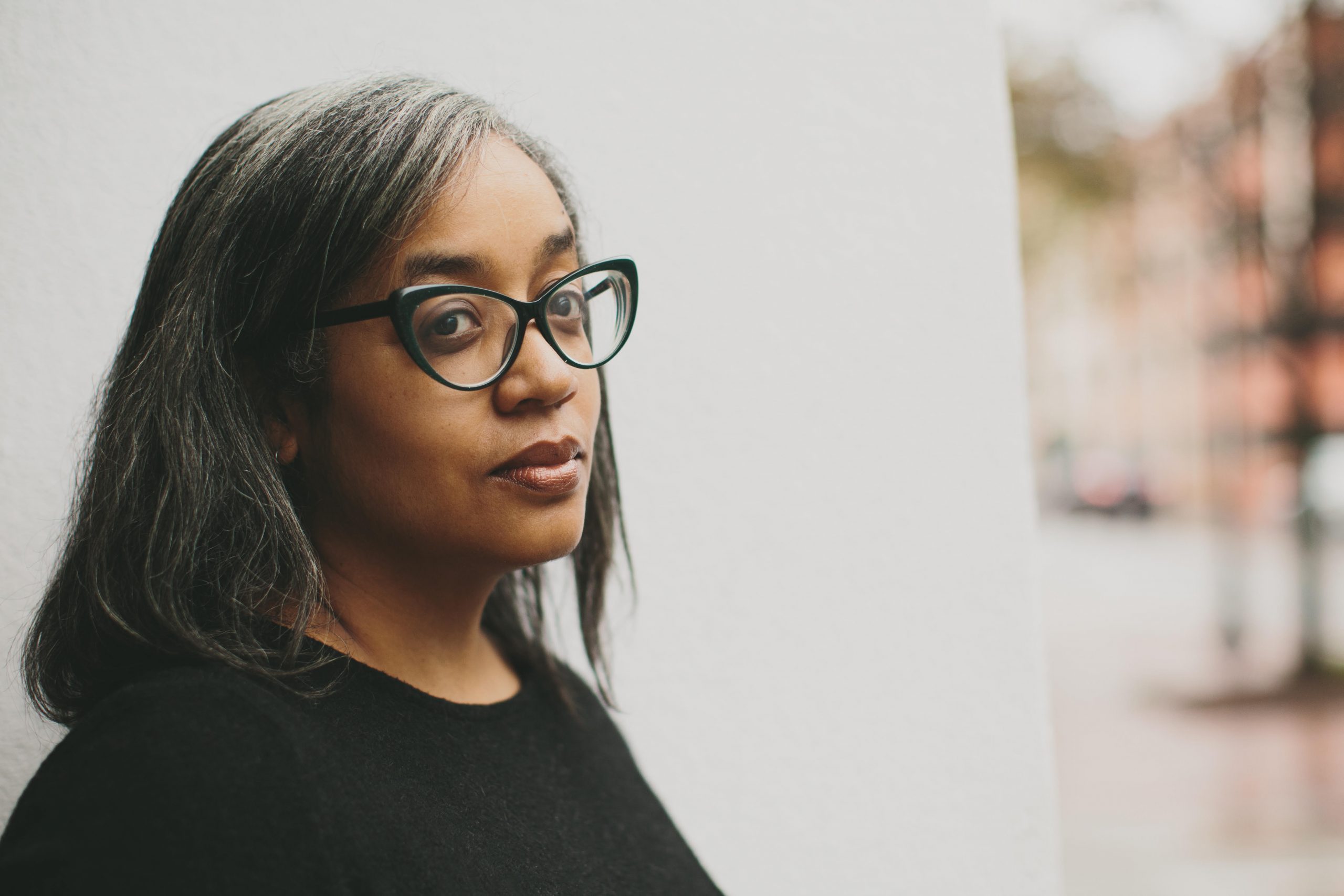 Dr. Cynthia Greenlee is a North Carolina-based historian, editor and writer whose work has appeared in publications as diverse as Elle, Essence, GEN, the Guardian, Longreads, The Nation, Scalawag, Smithsonian, Vice, Vox and the Washington Post. She's the winner of a 2020 James Beard Award for food writing and co-editor of The Echoing Ida Collection, a forthcoming (January 2021) anthology of Black women and nonbinary writers discussing reproductive and social justice. Follow her on Twitter @CynthiaGreenlee.