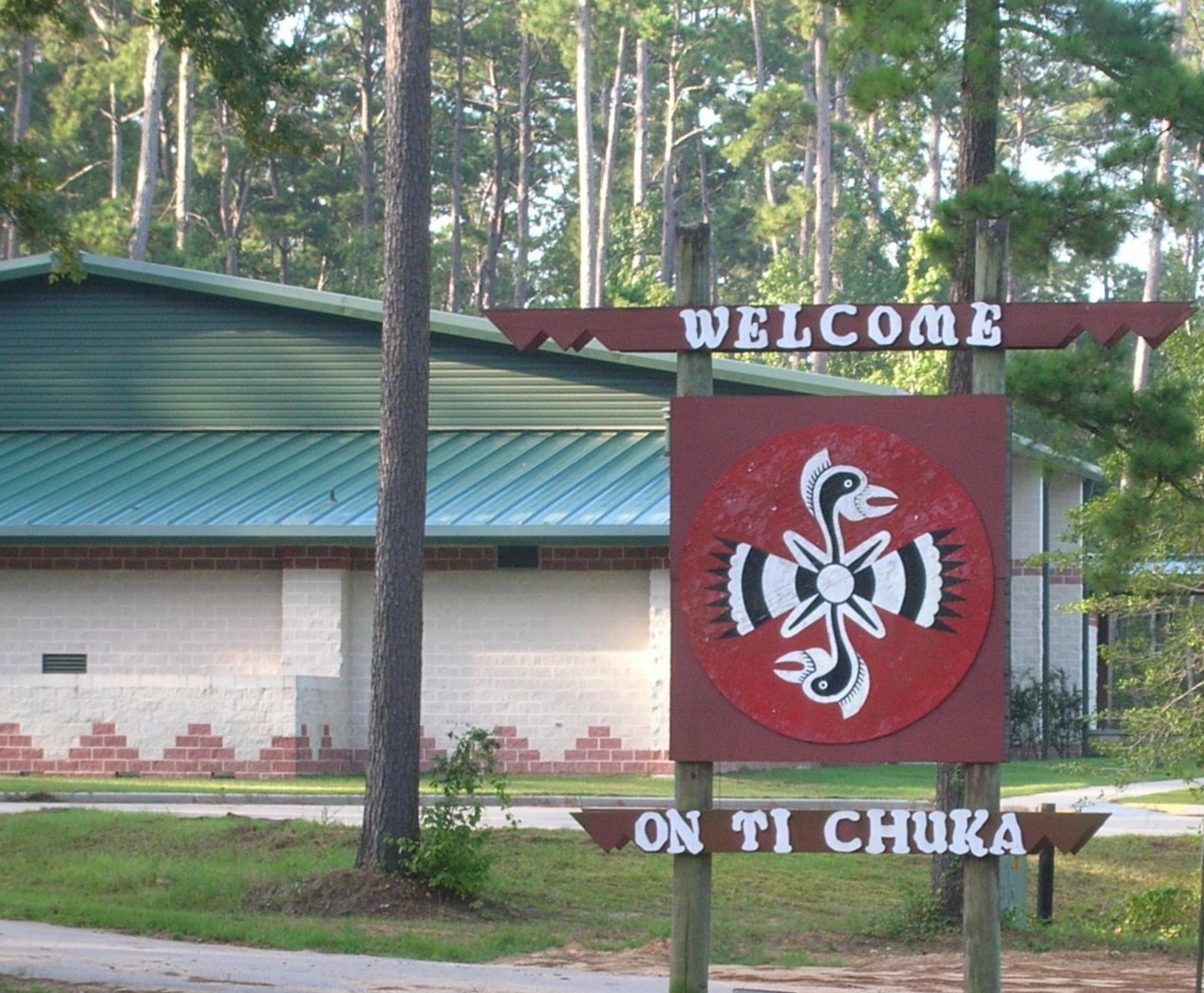 The construction of cell towers in Indigenous territories has long been an issue. Photo by Ish Ishwar
Inequality

Every day, Bryant Celestine opens his email to find around 80 messages that require immediate responses. Most of those emails come from the Tower Construction Notification System (TCNS) that alerts the Alabama-Coushatta Tribe of Texas of a new proposal to build a 5G cell tower on ancestral territories. As the Tribal Historic Preservation Officer (THPO) for the nation, Celestine is charged with upholding tribal and federal preservation laws created to protect tribal resources, including the repatriation of remains and sacred items, and the protection of culturally or historically important land.

“Our territory goes from Brownsville all the way up to Texarkana and all the way across to Tennessee down into the panhandle of Florida,” Celestine says. “So, it’s a major workload.” He says he regularly fields calls from the “Tennessee Valley Authority, the United States Forest Service, Texas Department of Transportation, and a lot of different industries.”

Promised to be a faster, more reliable cell network, 5G requires the construction of thousands upon thousands of small cell towers just a few blocks apart. 5G waves are smaller and don’t travel far or well, which means some 650,000 new towers need to be built nationwide to support the network.

Indigenous nations like the Alabama-Coushatta are in a difficult situation. The offices are woefully underfunded, which makes it impossible for THPOs to process the hundreds of 5G requests each week, and if tribes don’t respond, construction of a tower could damage religious places, cemeteries, or other historic sites.

“Tribes are inundated with requests for consultation and because there is so much expansion happening with our telecommunications in the United States, that means that any given tribe might be getting anywhere from a couple to a couple hundred requests over the course of a month,” said Shasta Gaughen, a board member for the National Association of Tribal Historic Preservation Officers. “The risk is that there’s just so much going through the system, that a tribe, especially an under-resourced tribe, runs the risk of missing the opportunity to comment.”

The Alabama-Coushatta, like many other Indigenous nations, have historical and cultural ties to lands outside of their reservations. For example, the Navajo Nation has the Four Sacred Mountains and each mountain is home to several different deities. However, none of the Four Sacred Mountains are within reservation boundaries. They are located on ancestral territories. This is why having the resources and time to research the site of development is important.

“There’s a risk that you’re not going to be able to do enough research to adequately consult on a particular installation and there’s a chance that a historic tribal cultural resource gets damaged or destroyed,” says Gaughen.

On top of that, of the 574 federally recognized tribes in the United States, nearly two-thirds don’t have THPOs like Celestine. This statistic is reflected in Texas: Neither the Kickapoo Traditional Tribe of Texas nor the Ysleta Del Sur Pueblo have THPOs, leaving elected officials or other leaders to handle such requests. Even with Celestine as THPO for the Alabama-Coushatta, “We don’t have the capability of dealing with every single thing that comes in here,” he says.

The construction of cell towers in Indigenous territories has long been an issue. At the beginning of the 21st century, the Federal Communications Commission (FCC) constructed thousands of cell towers nationwide without input from Indigenous officials or governments. This was in violation of the National Historic Preservation Act (NHPA), which requires federal agencies to consider the historic and cultural impact of federally-assisted projects in Indian Country.

The Tower Construction Notification System, an online portal, was created to foster communication between developers and Tribal Historic Preservation Officers. However, the TCNS was never intended “to be used in place of the consultation that is required under Section 106 of the National Historic Preservation Act,” according to the FCC. Currently, the TCNS is largely considered consultation with an Indigenous nation.  Through the system, THPOs were notified of projects in need of response and could charge an administrative fee.

“That paid for research purposes for any consultation that we did with an elder; if we’d asked them if they knew of any resources or anything of concern in certain areas,” Celestine said. “In a few cases, we’ve had to go out and visually observe the site, inspect the site to ensure that there wasn’t anything that would be harmful in those locations.”

But in 2018, Ajit Pai, the Trump administration’s appointment to the FCC, circumvented the NHPA and the National Environmental Protection Act (NEPA) by exempting small cell towers under 50 feet from review, and blocking tribal governments from reviewing and regulating tower construction. 5G cell towers are built under 50 feet.

In response, more than 20 tribes nationwide filed a lawsuit in 2019 claiming the FCC didn’t have the authority to exempt tower construction from NHPA or NEPA review. A U.S. court of appeals ruled in favor of the tribes, but it allowed the FCC to block tribes from charging consultation or administrative fees. According to the National Association of Tribal Historic Preservation Officers, the fees were removed because of inconsistencies in fees charged by tribes. “The fees were really a huge part of their operating budget for a lot of THPO offices and for them just to be eliminated without warning or recourse, a lot of staff were let go,” says Valerie Grussing, the association’s executive director.

If a tribe doesn’t respond to a tower notification within 30 days, the development moves forward.

Indigenous nations are not getting paid for consulting and are not even benefiting from the work they are doing. Of the hundreds of proposals tribes in Texas receive each week, only the Ysleta Del Sur in El Paso have received a proposal to build a 5G tower anywhere near their community. For the Alabama-Coushatta, development on their homelands is happening only outside of reservation boundaries.