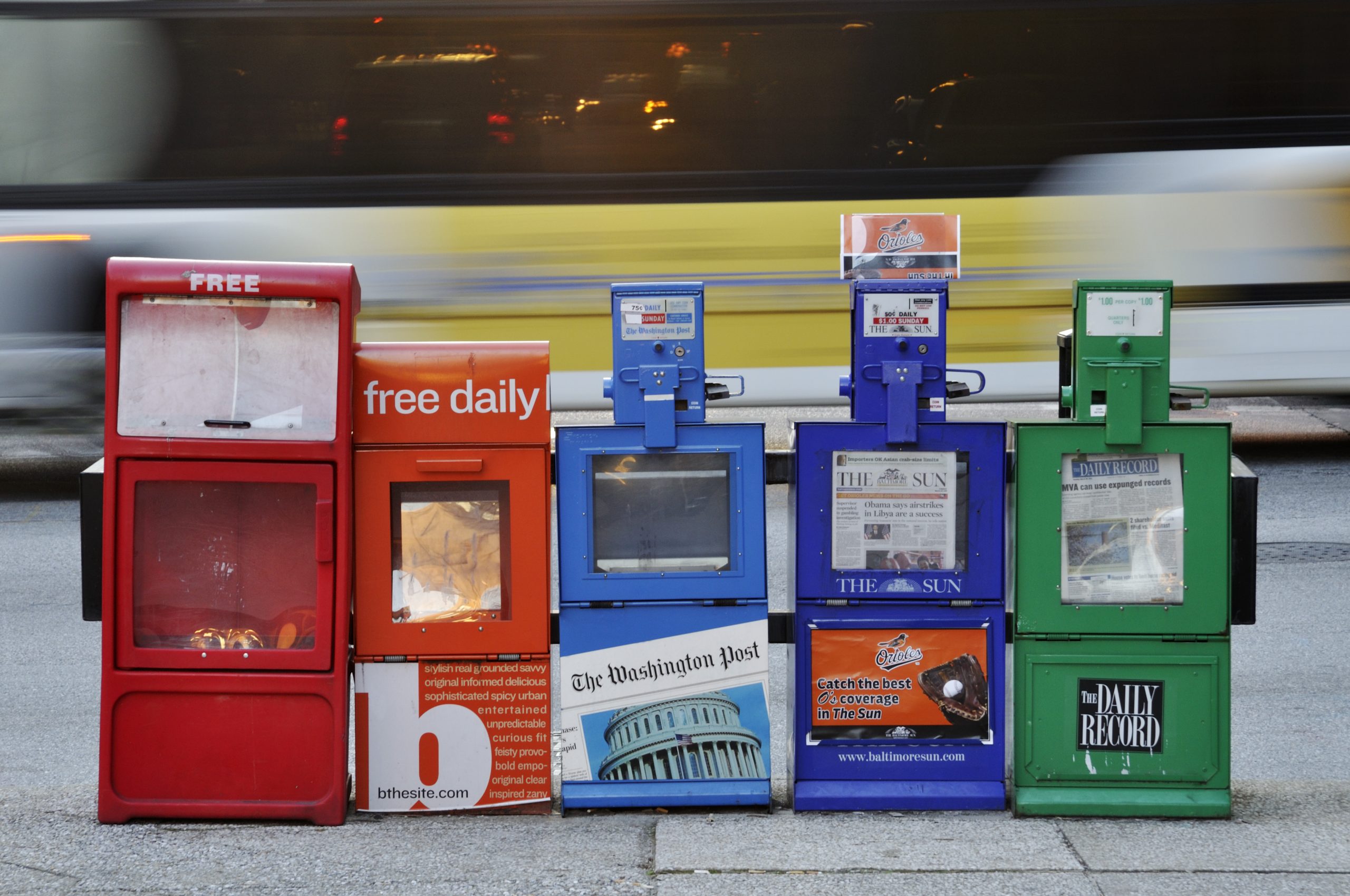 Photo by Rhoberazzi via Getty Images
Culture, The Pandemic

At first glance, the Illinois Valley Times looks deceptively like a legitimate local news site. “Top marginal tax rate in Illinois could reach 54.29% under Biden plan,” reads a recent headline. Another story analyzes why the voters’ rejection of a progressive tax plan pushed by Democratic Governor J.B. Pritzker demonstrates “how far Springfield government has fallen in the eyes of many.”

The problem: Much of what the new publication publishes has a blatantly conservative slant and often skews the truth.

The Illinois Valley Times is one of many similar sites operated by Locality Labs, which is facing criticism for being part of a “nationwide rightwing lobbying effort masquerading as journalism,” according to the Guardian. Locality Labs’ websites, which tend to lack bylines or objectivity, have sprung up in several states, including battlegrounds such as Michigan and Wisconsin. “What the sites all have in common,” notes the Guardian “is praising Republican politicians, and denigrating Democratic ones.”

City Pages, a heralded alt weekly in Minneapolis, recently shut down after 41 years in business. A headline on its zombie website reads: “City Pages is Dead. We had a good run.”

Other publications have ended print editions, and many have laid off staff. A tweeted plea from the Stranger, a venerated Seattle alt weekly, summed up the dire situation: “90% of our revenue — advertising, ticketing fees, and our own events — is directly tied to people getting together in groups. The coronavirus situation has virtually eliminated this income all at once.”

Those who fund journalism would be wise to sift through the rubble. For relatively modest investments, foundations could help struggling alt weeklies reinvent themselves as nonprofit news sites — and combat the new spate of community Pravdas peddled by companies like Locality Labs.

Alt weeklies came of age in the 1960s and ‘70s, when many daily newspapers cozied up to local politicians and gave short shrift to arts and culture reporting. A story on the local symphony was fine, but a punk concert — unlikely. This editorial stodginess created an opening for counterculture publications such as the Boston Phoenix and the Village Voice, which Norman Mailer co-founded in 1955. The publications featured the work of top illustrators and photographers on the covers and reveled in offending local politicians. The back pages, filled with personal ads and display ads for escort services, helped pay for the journalism. On Wednesday mornings in the 1980s, apartment hunters would line up in front of the Voice’s Greenwich Village office to snap up new editions of the paper and scour its real-estate ads.

But those days are long over. The emergence of Craigslist and online matchmaking sites in the late 1990s siphoned off paid classified and personal ads. Then recessions and the growth of online advertising, which primarily profit Facebook and Google, shuttered many publications, including the Voice and the Phoenix, although plans are underway to restart the Voice. Some alt weeklies managed to survive, but during the pandemic, they are barely hanging on.

These publications desperately need a philanthropic infusion, but alliances between foundations and alternative weeklies remain rare. Since the publications are predominantly for profit, grant makers have shown little interest in backing them, according to John Wihbey, an assistant professor at Northeastern University who has studied philanthropic investment in journalism. “Most community foundations and donor-advised funds, when they think of funding media, they think of PBS and public radio,” he says.

But we are at “a unique inflection point” for alt weeklies, says Josh Stearns, program director of the Public Square Program at the Democracy Fund, which invests in many nonprofit news organizations. He believes that foundations that finance journalism will increasingly deem alt weeklies “assets to local communities.” Stearns points out that we have long accepted “that arts and music and museums and culture all deserve massive amounts of philanthropic support,” but have not “come to terms with the fact that the journalists covering these arts, events, and culture also need support, and that the coverage of those things is vital as well.”

Critics may question the wisdom of investing in newspapers, especially those with print editions, during the digital age. But print is often a better vehicle for reaching low-income readers who lack broadband or any internet access. A recent report by BroadbandNow Research estimated that a staggering 42 million Americans can’t afford broadband — a number likely to increase as the Covid economy saps discretionary income.

Others may argue that nonprofit newsrooms are already serving many cities. Philanthropic support of journalism quadrupled from 2009 to 2017, according to a report by Media Impact Funders, and much of the money spawned online newsrooms coast to coast, such as the City in New York and Voice of San Diego. But online nonprofit news sites are often dry and lack wide audiences. Many earnest online publications could benefit from the editorial jolt that would come from merging with alt weeklies — and foundations could play matchmaker and pay for the weddings.

Nonprofit news sites could assume the identities of better-known alt weekly brands and benefit from the knowledge of their battle-tested business executives, many of whom became experts at staging profitable local events. At some point, people will gather in safety again, and events could produce a larger revenue stream for these hybrid publications.

While these alliances are currently rare, recent examples of nonprofit and for-profit media mergers could serve as a model. Last year, for example, Rochester, N.Y.’s public radio station WXXI bought the local alt weekly, City Paper, from its longtime owners.

The transformation from for-profit to nonprofit publications is not without challenges. As 501(c)(3)’s, alt weeklies could no longer engage in overt politics, so candidate endorsements would end. Ads for strip bars would have to go since foundations won’t underwrite the degradation of women. New nonprofit news organizations would also need to satisfy Internal Revenue Service regulations that prevent nonprofits from engaging in commercial activities, although in recent years the “IRS has become more lenient to nonprofit newsrooms,” says Jeff Hermes, deputy director of the Media Law Resource Center.

Case in point: The daily Salt Lake Tribune expected tribulations when it applied for nonprofit status, arguing that its reporting, even sports coverage, amounted to educational activities. But the IRS quickly approved the newspaper’s application — no questions asked.

Stearns of the Democracy Fund acknowledges that some risk-averse grant makers might be nervous about underwriting news organizations with a bare-knuckled editorial tone. “One of the things that I hear often from folks is, ‘What if they write about me?’ It’s true that a lot of these alt weeklies have a reputation of not holding any punches back — and that’s one of the reasons why people love them.”

But at a time when truth itself is up for grabs, these purveyors of hard-edged facts need more than love — they need money. Foundations can help.

Co-published with The Chronicle of Philanthropy.