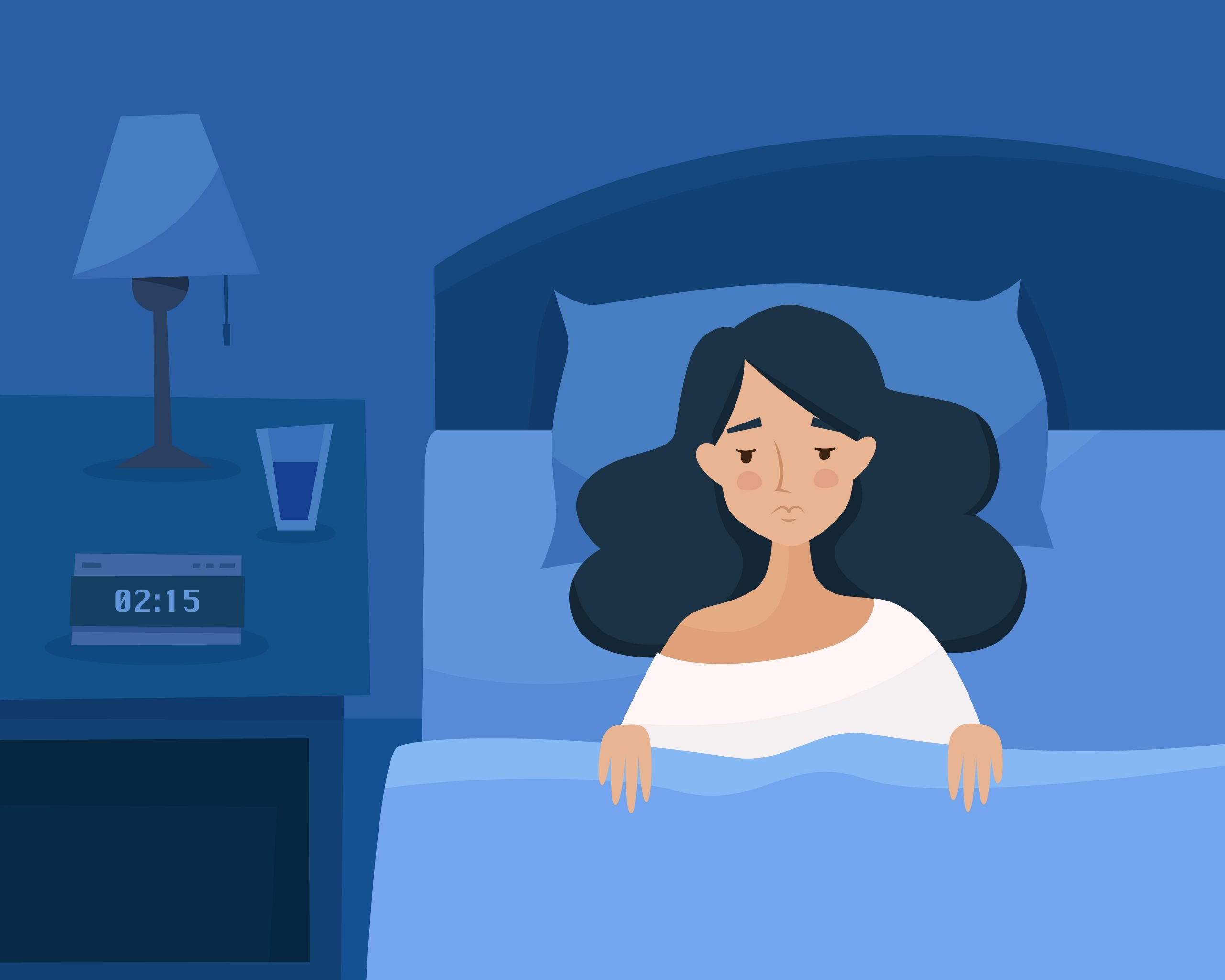 Illustration by Elvetica via Getty Images
Living, The Pandemic

Out of Money and Exhausted

Since the start of the COVID-19 pandemic, Mary Yazbek has tried to fight her way out of two inexorably linked challenges: the continual disintegration of her financial situation and the resulting fog of worry and sleeplessness that repeatedly weakens her cognitive ability.

“I haven’t slept more than four hours a night since March,” Yazbek said.

Last month, Yazbek’s landlord dropped the bomb that she needed to move by the end of the month, because the house where she was renting a room was being sold. Weeks prior, the pandemic had squashed Yazbek’s employer’s business, and Yazbek lost her $17.50-an-hour job as a quality assurance analyst.

As one of millions of Americans who lost their jobs in the wake of the pandemic, Yazbek noticed that thoughts were flooding into her mind like static noise, instead of the logic she needed to formulate her next move.

Yazbek is wearily flanked by countless numbers of low-income people across the country. Sleeplessness caused by an intense worry over finances has not only impacted them, it is debilitating them, national sleep experts say.

An October Marketplace-Edison Research Poll focusing on sleeplessness shows that 35 percent of Americans surveyed were losing sleep over their financial situations, specifically pandemic-related issues such as income loss, layoffs, and missed rent or mortgage payments. A thorough look at the sleep data reveals that those in poverty consistently get less sleep than those economically better off, says Marishka Brown, director of the National Center on Sleep Disorders Research (NCSDR) at the National Institutes of Health in Bethesda, Maryland.

“What the pandemic is doing is magnifying the existing health disparities, and these disparities are huge,” Brown says. “If you are in a socioeconomically disadvantaged place, you are already worrying about paying the bills and putting food on the table. And that constant worry is going to be a lot worse under the threat of a pandemic because it preys on your mind.”

This contributes to even more sleeplessness, particularly in low-income neighborhoods in which people often sleep in crowded and less-than-peaceful conditions, says Girardin Jean-Louis, professor of population health and psychiatry at the New York University Grossman School of Medicine.

Though in-person sleep studies had to be canceled because of the risk of exposure to COVID-19, federal grant applications to research how sleeplessness continues to affect low-income and minority communities amidst the long-lasting pandemic are being filed en masse across the country, Jean-Louis says.

Studies show that sleep deficiency is an important risk factor for a wide range of adverse health outcomes, including cardiometabolic diseases, mental disorders, cancer, and mortality in general. But even without such drastic consequences, research also shows that the ramifications of sleep deprivation can make it impossible for someone to regulate emotions and successfully navigate life.

In fact, the consequences of sleeplessness can even hamper a person’s ability to read the facial expressions of others, says Brown, the director of the NCSDR.

“Sleep deficiency can lead to the loss of the ability to properly read the expressions of others,” she says. “And the resulting tendency can be to see life through a negative lens, which can lead to feelings of hopelessness and despair.”

With more than two decades of experience studying the emotional and physical impact incurred by prolonged lack of sleep, Jean-Louis and his team work hard to disseminate information throughout the low-income and predominantly Black and brown communities they serve.

“Our intervention is directly in the community. We go to the barbershops, the beauty salons, and places of worship,” Jean-Louis says.

In Knoxville, Tennessee, Carrie Greishaw—aka “Frog”—is doing the best she can to stay positive. Her wholesale manufacturing business, Frog Juice Kombucha, came to a screeching halt when COVID-19 hit. Ninety percent of the businesses Greishaw was serving in February have shut down. Within a month, Greishaw plummeted out of the middle class and into the realm of SNAP benefits and Medicaid.

“I haven’t had a paycheck since March,” Greishaw said. Nor has she seen many good nights of sleep.

Her brain wakes her up to engage in pointless, middle-of-the-night planning, the 44-year-old says.

“I can’t remember a time that I have been more exhausted from pivoting so much, asking myself in the middle of a sleepless night, ‘What more should I be doing?’”

As a result of money constraints compounded by sleeplessness-induced snafus, Greishaw’s credit score has dropped from 670 to a subprime score of 540. For her, the times of leveraging business debt to get ahead have come to a halt.

“It’s hard to be on point right now,” she said.

In the Midwest, Betty Long of Salt Lake City has also been having a tough time sleeping. The 47-year-old lost her job as food and beverage manager of a Salt Lake City hotel, and even though she spends hours every day applying for jobs, she hasn’t worked since. In April, she moved out of a beautiful apartment in a gated community, and into a three-bedroom apartment with family members who have also been financially set back by COVID.

Every night, to drown out the news of what she can’t control, Long turns up the noise, on her television, her phone, her computer, even the buzz of her bedroom light.

“I’m always thinking, what’s my next move?” Long said. “Do I stay in the industry? Or do I start over and do something else? This is what I contemplate at night.”

After pulling herself out of poverty as a single mother by earning her culinary degree from Salt Lake Community College and going on to land that hotel job for $54,000 a year, Long does not feel she is in a good position to make a decision about her next steps.

“It is difficult to make decisions out of exhaustion,” she said.

Lori Teresa Yearwood specializes in the topics of collapse and recovery. She was a features reporter for The Miami Herald. Her work has been published in The Washington Post, the San Francisco Chronicle, Oprah’s O Magazine, and other publications.