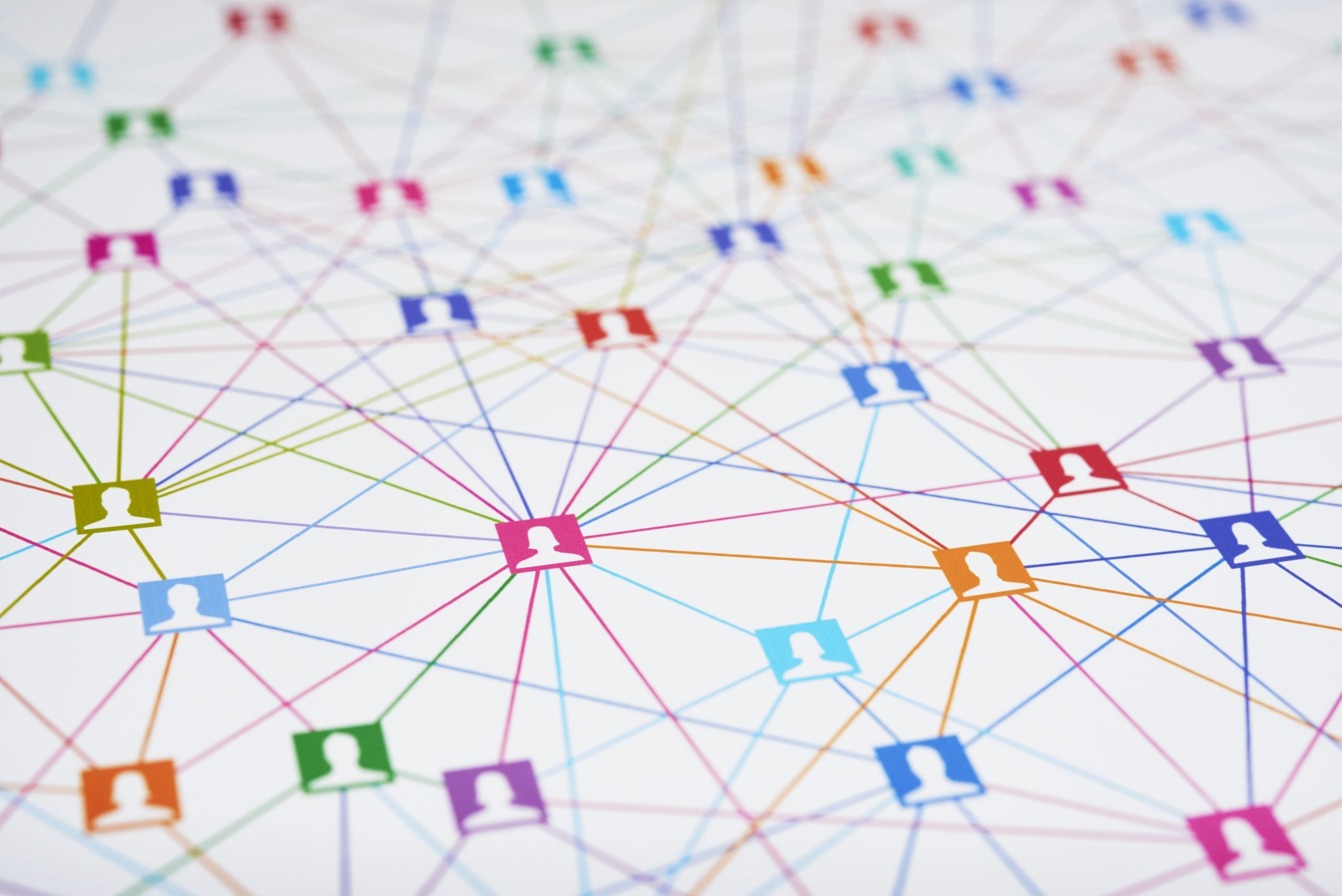 Photo by David Malan via Getty Images
Inequality, The Pandemic

Theodore “Teddy” Dorsette III is a deaf filmmaker who directed the autobiographical “Silent Life.” The 34-year-old Detroit native—whose buoyant character comes through in his signing, even over Zoom—has routinely encountered obstacles when he’s tried to secure a fellowship or funding for his projects.

I met him at a convening of Creative Futures, an initiative of the Ford Foundation, that was devoted to the subject of nonprofits and money (I was facilitating). Through an ASL translator, Dorsette recounted how hard it was for people with disabilities to connect with funders. He had trouble with, say, accessing information so he could effectively apply for grants and funding, he told me later. He and others like him needed literal and proverbial on-ramps. For instance, it was all too rare for funders to provide translators for face-to-face meetings with grantmakers. Dorsette had an elemental question for philanthropic honchos: “How do we meet you?” As a deaf artist of color, he didn’t always see a way in.

Democratizing philanthropy, for makers like Dorsette, as well as the nonprofits that serve them, is a subject that has become all the rage in the sector, at least in theory. Foundation leaders and staff have been getting into more inclusive practices like participatory grantmaking. In this year of disaster, funders have been trying to be less controlling of, and more responsive to, their grantees. Some of the strongest advocates for these trendy cooperative mechanisms are disability rights activists, but promising efforts are arising all over the place. That said, many funders have been slow to jump on the democratization train, perhaps uncertain about its potential for novelty.

For myself, as an executive director of grassroots-ish journalism nonprofit the Economic Hardship Reporting Project, democratizing philanthropy has meant one thing above all else: getting our talented and sometimes indigent reporters money to do their work, quickly, with as much creative leeway as possible. For example, EHRP has, at points, paid people upfront or sent them necessities for their reporting. We mailed a reporter a replacement camera when his was broken in the Portland protests, and paid an unbanked and homeless essayist in gift cards. These were ongoing acts of emergency funding that were not part of any pre-determined, five-year plan.

For these and other efforts, we need philanthropies not to act like controlling spouses, reviewing all the credit card charges on their partners’ bills. We need them to stop narrowing the scope of nonprofits’ spending and then insist on grant reporting detailed enough for an exegetical scholar.

At the convening where I met Dorsette, held in mid-January, I asked the participants—a mix of acclaimed artists, journalists, tech specialists, and at least one dancer—to list the obstacles they experienced when applying for foundation support. By the end of the event, they had formed a checklist for making philanthropy more of a collective process, one that better reflected the grantees, not just grantmakers. I believe it’s worth recounting here.

Unrestricted support, long-term, and lots of it

The first item on the list is a refrain that will be all too familiar to those working in or adjacent to philanthropy—nonprofits and individual grant recipients needed unrestricted funds most of all. You could add to that list: as much cash as possible, and in multiple-year tranches. Unrestricted funding was what the nonprofit leaders gathered at Ford said they needed most from their funders, especially in a time of disasters such as COVID.

In a conversation separate from this event, Molly de Aguiar, president of Independence Public Media and frequent commentator on justice in philanthropy, told me that access to vast and transformative amounts of money “is one important component of getting to systems change.” Although that level of funding may not be possible, there are things givers can do to make the money work better for their grantees; as de Aguiar continued, “Stop with all the strings attached, stop with all the hoops and reporting. They [philanthropies] are supposed to be society’s risk capital,” she said.

The second democratizing request was that philanthropies continue to deploy the best elements of the disaster philanthropy model that is helping so many grant recipients during COVID. Sofía Gallisá Muriente, a thirty-something artist who just wrapped up six years co-directing the nonprofit Beta-Local, based in Puerto Rico, said she wanted to extend reactive “disaster funding” techniques to ordinary times.

“People need to be supported in ways that value their lives over their projects,” Muriente said. She led the conversation that day at the Ford Foundation, seated on an outside balcony in the sun, as if to embody both living the good pandemic life while staying true to her art.

As Muriente talked through this second item on the checklist, the kinds of problems she described were quite familiar to me. An estimated 27,000 media workers lost their jobs during the pandemic, and many publications froze or eliminated freelance budgets, threatening the livelihoods of independent journalists—our clients—and prompting us to distribute emergency relief funds for our colleagues in painful straits. Though not a journalist, Muriente experienced similar struggles and more as a Puerto Rican artist, having “lived in a colony that has faced bankruptcy, hurricanes, earthquakes, massive protests, drought and the same pandemic as all of you.”

Get closer to the ground

The third method to help democratize philanthropy: Philanthropists should seek out grant recipients that are located outside of New York, Washington, D.C., and Silicon Valley. In other words, stop giving massive gifts only to Harvard, or the arts and journalism equivalents—what I have called shock benefactor gifts. Instead, philanthropists should do the investigating and uncover the smaller and closer-to-the-ground nonprofits.

Organizations in the South, for instance, receive only a small percentage of arts funding. According to the National Committee for Responsive Philanthropy and Grantmakers for Southern Progress, between 2011 and 2015, foundations nationwide invested 56 cents per person in the South for every dollar per person they invested nationally. These sorts of regional disparities need to be addressed.

The final recommendation is perhaps the most obvious: Bring people of color, disabled people, gender non-conforming people, and women (and I would add working-class people) into leadership positions in nonprofits—and underwrite those groups first and foremost.

Sidney Hargro, who runs the Philanthropy Network of Greater Philadelphia, for instance, is attempting with his network to co-create a new nonprofit sector with Philadelphian community members, focused on bringing people of color into organizations. “What philanthropy needs is not a new framework, but a new endgame, racial liberation,” Hargro has written.

And you can see some of this final funding strategy at work in the enormous giving of MacKenzie Scott, which included gifts to bottom-up institutions like community, regional and very small historically black colleges, including $40 million to Morgan State University, an HBCU in Baltimore, and $50 million to Prairie View A&M University in Texas, both the largest donations either institution has ever seen. Scott’s version of more responsive philanthropy made serious news, partially because of the size of the gift overall, and partly because she is Jeff Bezos’s ex-wife. But the coverage of her gifts also reflects that efforts to democratize philanthropy have, in the last five years, finally entered the mass media—and finally reached the highest levels of philanthropy.

Major voices in the democratization-of-philanthropy movement include the author Anand Giridharadas, whose critical bestseller “Winners Take All” posed as its central question whether philanthropy was simply an offshoot of plutocracy. As he put it in one interview, would the wealthiest and most powerful people in our society be, in fact, “willing to do the only thing that is actually going to get us there, which is fighting for the kind of systemic change that would reduce their own power?”

The necessity of democratizing philanthropy has also been echoed in the public philosophy of Ford Foundation President Darren Walker (full disclosure: my organization is a Ford grantee), who, as early as 2015, announced that he planned to double unrestricted support, and elsewhere noted that “philanthropy replicates the worst dynamics and inequalities of our broader society.”

Balancing out these inequalities is daunting. But if Big Philanthropy implemented the checklist of these four methods alone, the sector could start to shake off some of the inequities that now bedevil it. It could become less bureaucratic and less detached, more inclusive, and less capricious.

As Dorsette put it, democratizing philanthropy means “providing more seats at the table while serving the same fare,” but also something more transformative: “reallocating power over its decision-making and resources.” As he waits for this transformation, though, Dorsette is still rallying people around his cause. You can follow his new campaign #BlackDeafTalent on a platform with far fewer gatekeepers: Twitter.

Alissa Quart is executive director of the Economic Hardship Reporting Project and author of “Squeezed: Why Our Families Can’t Afford America.”

Co-published with Inside Philanthropy.