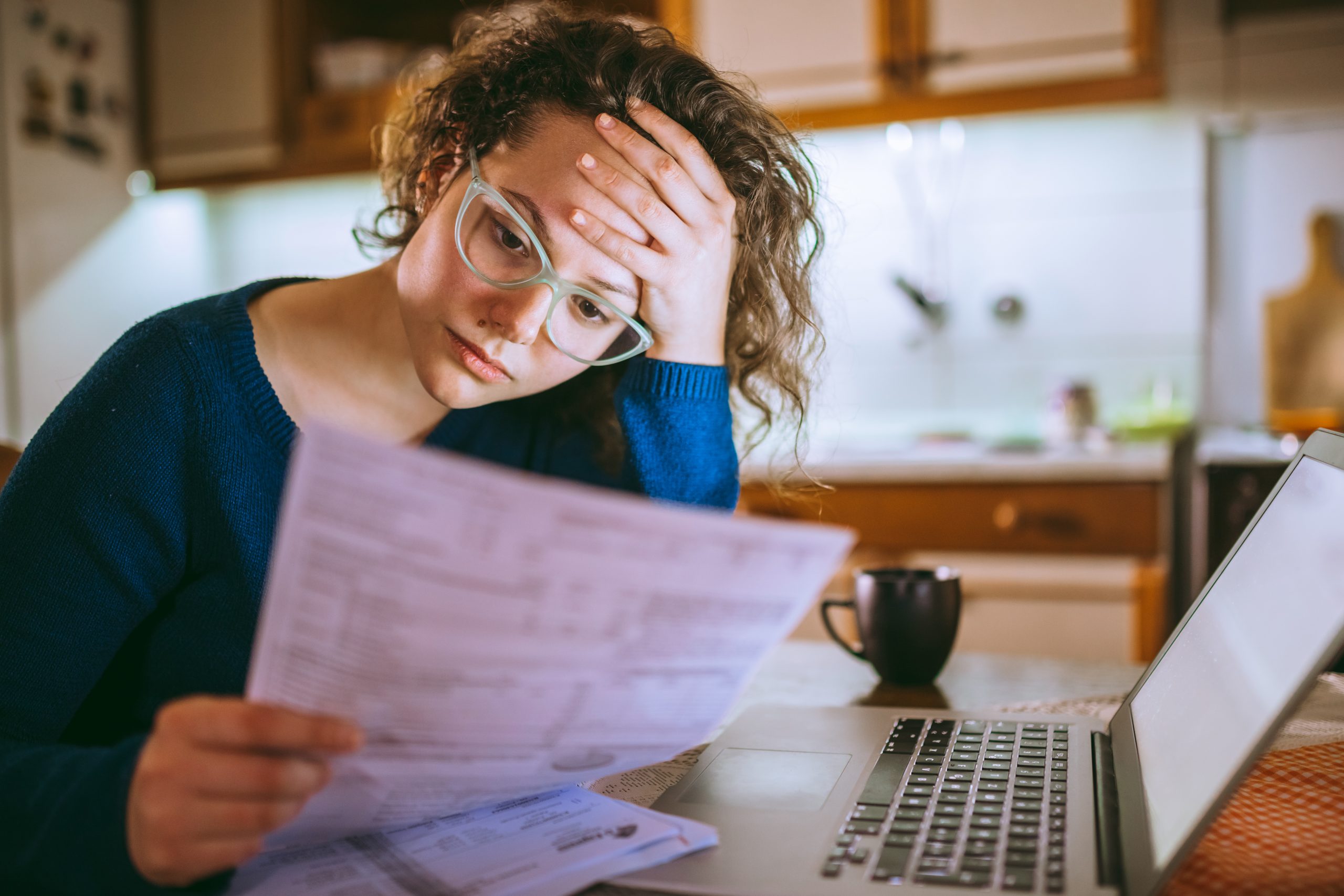 In hindsight it was the snakes that really summed up Victoria Sethunya’s harrowing ordeal at a Taylorsville apartment complex.

Her time there was marred by multiple burglaries, a stalker in the complex, a murder in the parking lot and indifferent landlords. After her last burglary in July 2019, a neighbor urged her to get a gun, recounting that he had almost shot a would-be burglar himself.

Instead she decided to move.

On top of everything else she saw large snakes outside the window of her basement apartment.

“Snakes!,” she says, still in disbelief, noting that she “hates snakes.”

“I should have read that as a metaphor for what was happening there.”

The apartment’s lawyers with the Law Offices of Kirk Cullimore firm did not file an eviction against her for breaking the lease, nor did they file a debt collection action. Instead they only sent her payment demand letters.

“I’m not going to pay you anything,” Sethunya told them. “I escaped murder.”

When she applied at a new apartment in January 2020, though, the manager told her she couldn’t move in because she owed the Law Offices of Kirk Cullimore for breaking her previous lease.

Not only is the Cullimore firm the leader in evictions statewide, having filed 45% of all eviction cases in 2020, but the firm also includes as a partner state Sen. Kirk Cullimore, an influential member of Republican leadership.

“Your application has been denied due to an owing balance to an apartment,” reads a text Sethunya kept from her prospective landlord, who then told her to reach out to the Cullimore firm to resolve the debt.

Sethunya suspected she had been put on a “black list.”

She’s not the only one. Other Utahns have faced similar troubles, being rejected for new apartments and referred back to the Cullimore firm. Or in some cases renters have had eviction cases dismissed but have had to fight the firm to have them expunged from their records.

Dave Todd, an attorney with the Cullimore firm, says there is no “black list,” and suggested it’s more likely that the apartment manager Sethunya applied to had contacted her former landlord.

“Most housing providers will call prior landlords as part of their review process,” Todd said in an email.

That doesn’t change the fact that — according to the text message — the new apartment manager learned about an alleged debt from a third party, either the Cullimore firm or the former landlord. Todd would not comment further, noting Sethunya had pending legal action against his firm’s client, the old apartment complex.

“Third-party communications to collect a debt are prohibited,” said Dan Dwyer, an attorney with the Federal Trade Commission. Dwyer said the 2010 Federal Debt Collection Practices Act was created as a means of addressing mounting complaints about abusive debt collection practices — and that includes sharing debt information. The law only allows these debts to be reported by consumer credit reporting agencies.

Nicole Sollami found herself in a position similar to Sethunya’s after she broke her lease and left her apartment in Provo.

Sollami is still amazed at the impressive — but quick — tour of the model apartment she received compared to her experience afterward.

“You come in for about 30 minutes, walk around and [the manager’s] crossing their fingers thinking ‘hopefully they don’t see any druggies, hopefully no one throws up in front of them…’” Sollami said.

What seemed like a fresh start in a nice apartment with a balcony view of Y Mountain east of Provo changed quickly. She learned of the numerous complaints of her neighbors, from radon gas to pipes rattling violently. And she soon had her own grievances, including meth-addicted neighbors pounding on her door in the night and alarming hot vapors rising randomly out of the toilet.

But it was the mysterious health problems she developed that motivated her to break her lease about a month early in February 2020 and head to California, where she moved in with family. She even got written permission from the landlord to leave early.

A few months later she returned to Utah with a new fiancé. But when she tried to get into an apartment in Sandy, management blocked her, saying she owed money to the Cullimore law firm.

When she contacted the firm in early August they told her she owed thousands from breaking the lease at her former Provo apartment.

Sollami learned later (but not from the Cullimore firm) that a complaint filed against her was dismissed by the judge because there wasn’t proper service made to Sollami. But even though the case was abandoned by the Cullimore firm, the court record of it still kept her from getting into the Sandy apartment.

For Martin Blaustein, an attorney with Utah Legal Services, the scarlet “E” of an eviction or related debt can hurt renters’ credit and their ability to get into decent housing, especially since it stays on a person’s record for seven years.

“You start on a downward spiral and then can never get into a quality place,” Blaustein said.

He noted that that record lingers whether the landlord wins a judgment in court or simply abandons a case, as in Sollami’s experience, or it is settled and dismissed.

“Even if you win the case you’ve still got an eviction on your record,” Blaustein said.

Wiping the slate clean can be difficult and expensive

Blaustein says it is possible to have these records expunged but a renter needs to hire a lawyer to wage that battle. That makes it a rare occurrence. Data from the Utah Courts, for example, shows only three cases where renters sought expungements from the thousands of Cullimore firm evictions since 2019, and in each of those instances, the Cullimore firm fought the motion to expunge.

Blaustein has proposed a solution that could benefit hundreds, if not thousands, of Utah renters: the automatic expungement of eviction records that are dismissed, abandoned or otherwise resolved. He took the idea to the Utah Judicial Council, a body that sets policies for the courts, but was told that what he proposed would need to come from the Legislature.

“The Legislature isn’t about to go make any changes for tenants,” Blaustein said. “Most of the legislators are likely landlords or in the [housing] business.”

Although he had not heard of Blaustein’s eviction expungement proposal, he said he sees merit in it, though he cautioned it would take a lot of study and meeting with stakeholders. Certain records, he imagines, would need to stay on the record to hold people accountable but others could potentially be wiped off.

“You need to be able to get a negative mark off your record,” Thatcher said.