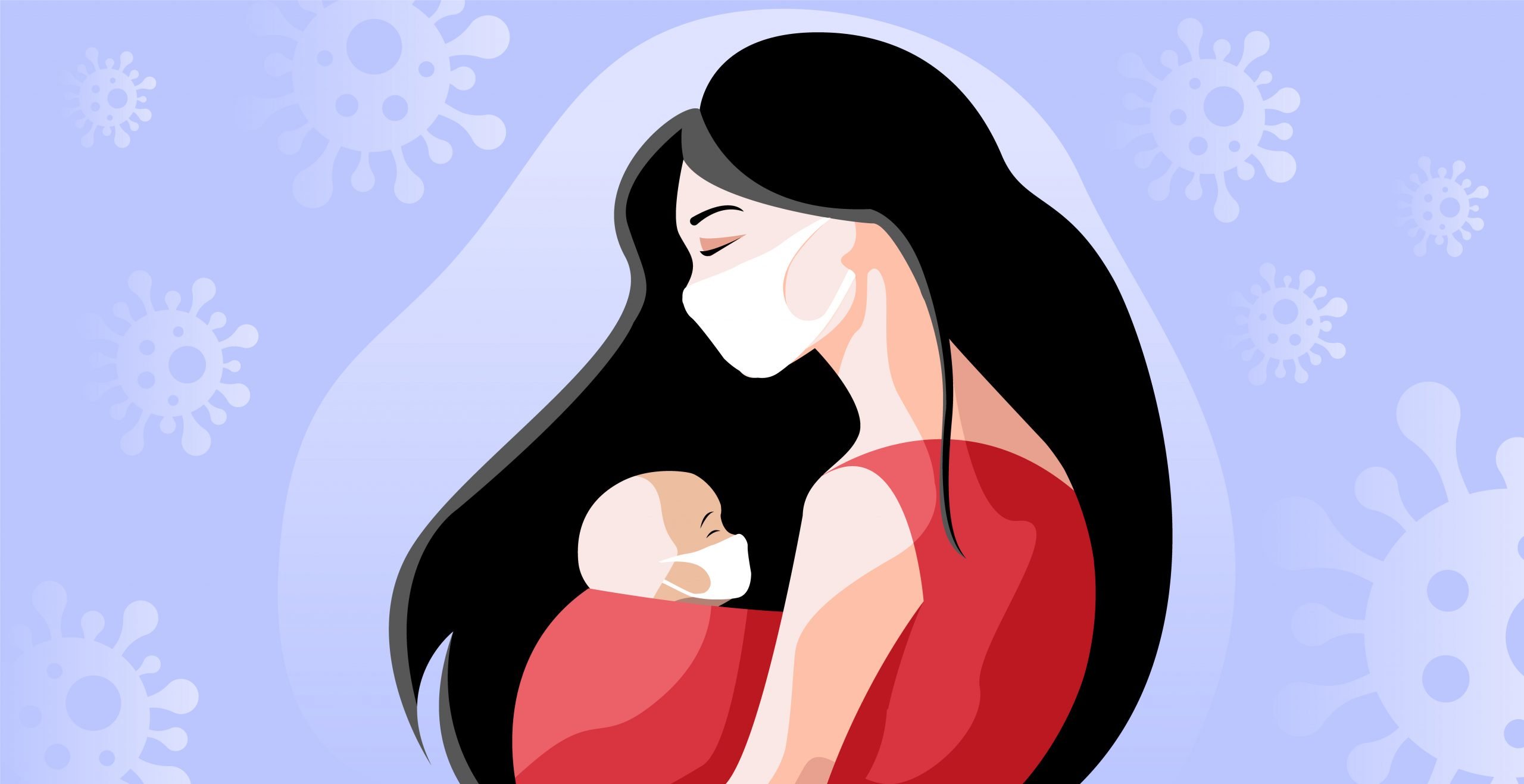 Illustration by Elena Sunagatova via Getty Images
Families, The Pandemic

What Giving Birth During a Pandemic Taught Me About Progress

The morning my first child was born, I was mostly thinking of death.

It was the week before Thanksgiving as my husband and I hunkered down with our newborn in Berkeley, California, learning from cable news on a small wall-mounted TV that hospitals—like the one where we were—would soon be overrun by scores of covid-19 patients.

I had learned I was pregnant in March, just one week before California issued its first stay-at-home order to curb the spread of the coronavirus. My husband’s business was closed indefinitely. I lost my job as a climate reporter a few months later, just before our state’s worst fire season in history. Our world was mired in crisis at the same time that our lives were being joyously upended.

We had waited years for the perfect time to have a baby—until we had a stable home, income, and health care. Like other millennials, we’d put it off far longer than our parents had before us.

If there are motivators for this social change, they would seem to have more to do with necessity than choice. We graduated into the Great Recession, burdened with debt and rewarded with stagnant wages, and endured the slowest economic growth faced by any generation in US history. Post-recession, while economic stress eased among other cohorts, millennials remained anxious. Today, millennials control less than 6% of US wealth, while baby boomers controlled more than 20% at the same age.

The American capitalist promise—that members of each generation can work hard and expect to give their children a life better than their own—was broken. By this measure, progress had stopped with our generation. And owing at least in part to these economic burdens, millions fewer millennials are giving birth, and those who do have children are doing it later.

Nearly a year into this pandemic, the baby bust is only worsening, contrary to early, if half-joking, predictions that couples stuck at home would have more time to procreate. The psychological and economic stress of the pandemic appears to be pushing families in the other direction as young people have borne the brunt of a shuttered economy.

Google searches relating to pregnancy and conception are down. In a survey by the company Modern Fertility, 30% of respondents said they were changing their family planning decisions because of covid-19. Of those, roughly three-quarters said they would delay having children—or reconsider having them at all.

The Brookings Institution has predicted that the pandemic could result in 300,000 to 500,000 fewer births in 2021, a drop of 10% or more. What’s less clear is whether this dip reflects the anxieties of struggling would-be parents, their concerns for the future prospects of their potential children, or both.

This compounded covid baby bust will no doubt further depress the US birthrate, already the lowest it’s been in over three decades. And by many traditional measures of progress, a falling birthrate is an indicator of failure: A collapsing power, a decline of cultural and economic influence on a global scale.

Ours was one of the last babies conceived in the hopeful naïveté of early 2020, before I knew of this specific devastation to come. But after years spent reporting on the collapse of ecosystems at human hands, I could sense the contours of what lay ahead.

Year after year, I’ve watched my California neighbors burned out of their homes by ever larger, faster-moving wildfires—and over and over again, I’ve watched them rebuild in the very same places. This coronavirus, and the diseases that will become future pandemics, are also alighting and spreading further and faster in our warming world. In the face of climate crisis and chaos, our collective willingness to change in order to survive appears questionable.

So many of my peers have decided not to consign another young life to inheriting this mess, and I can’t say they’re wrong. Choosing to have children is an inherently optimistic act—either because one already has hope for the world or because, having created and committed to caring for part of a new generation, one must find some.

The morning my first child was born, I thought that if there were a perfect time to have a baby, this certainly wasn’t it. I thought about the future pandemics he would endure, along with the fires, the floods, the political clashes, and the economic crashes. Still, somehow, I am confident that he will endure and thrive, despite it all. The task before him, along with all the other pandemic babies, will be to redefine American and global progress in an age of crisis, like that which marked their very first days.