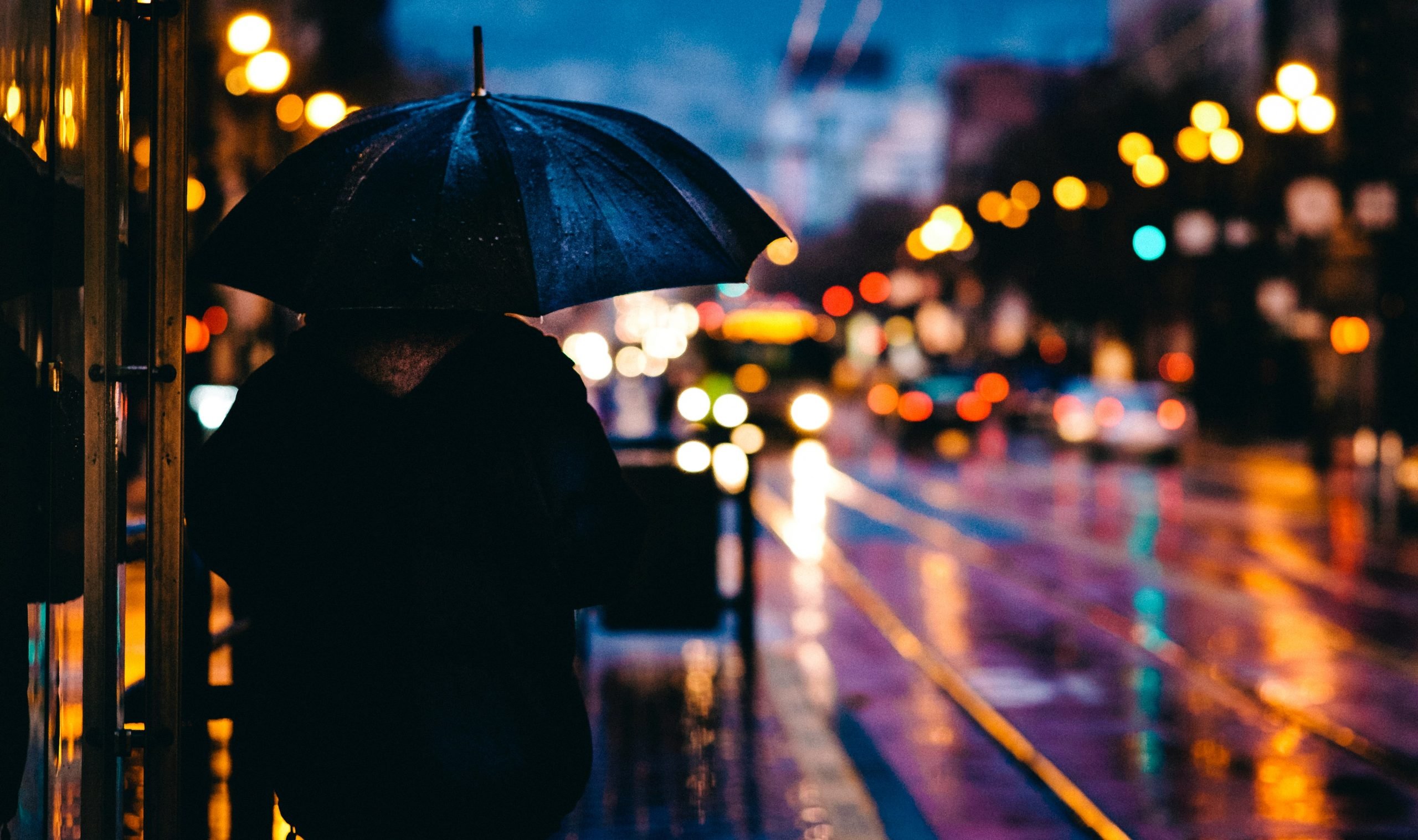 Photo by Todd Diemer on Unsplash
Housing, The Pandemic

Imagine you’re responsible for a city on the verge of a pandemic-fueled homelessness explosion. Despite federal rent relief funding, there’s not enough money to pay the rent for all tenants who lost work due to COVID-19 restrictions. How do you decide who gets help? It’s a dilemma many city councils across the U.S. are facing. For some, it’s first-come, first-served. For others, a lottery.

In San Francisco, Supervisors are taking an unusual tack. Just to cover tenants’ COVID-related rent debt accumulated from April through September 2020, their Budget and Legislative Analyst estimated the City would need about two to four times the $54 million allocated. With the national moratorium on evictions looming, and such high unmet need, in March the Supervisors passed a resolution asking giant corporate landlords to negotiate with their tenant associations and use their own financial resources to help their tenants.

The goal is to leave the public funds for tenants of mom-and-pop landlords. Those tenants are more likely to be low-income and people of color, groups that have been historically disadvantaged and are suffering most during the pandemic. Also, the small property owners are more likely to be affordable housing providers “whose buildings are primarily for housing San Francisco residents instead of for securing returns for institutional investors,” according to the resolution. To help ensure this approach, the City-administered portion of the federal funds, about $26 million, will prioritize small property owners and their tenants when it opens later this month.

“Corporate landlords have the ability to track new funding opportunities, and how to access them,” said Supervisor Connie Chan who initiated the resolution. “If we don’t prioritize these rent relief resources for mom-and-pop landlords who are already struggling to get by, there is a huge risk that not only will their tenants be displaced, but also that the small landlords go under, and they will be bought out by large corporate landlords.” The City would lose desperately needed affordable housing.

In a City press release supporting the Supervisors’ resolution, Bryant Phuong who owns an apartment building in a neighborhood where tenants are most at risk for homelessness said, “For big landlords, the unpaid rent may cut into their profit. For me, it cuts into my family’s savings.” He urged “corporate landlords like Veritas, Mosser, and Ballast to negotiate with their tenant associations” instead of using scarce public funding. (None of these companies responded to a request for information or interview.)

In the 2008 crash, when so many people lost their homes, corporate investors bought them, often in bulk. Now, according to Cashing in On Our Homes, a report by Bargaining for the Common Good, the Institute for Policy Studies, and Americans for Financial Reform Education Fund, institutional investors own 52% of the nation’s rental units. It’s been so profitable that there are now 61 billionaire and mega-millionaire corporate landlords in the U.S. They’ve profited hugely during the pandemic too. Overall, their wealth increased by $24.4 billion since mid-March 2020. According to the Wall Street Journal, real estate investors have accumulated hundreds of billions of cash on hand and are ready to snap up properties “distressed” by the pandemic when it ends.

San Francisco’s largest corporate landlord, Veritas Investments, and its CEO Yat-Pang Au are included in the report. Since its founding in 2007, the company has grown rapidly. With at least 6,000 rental units in more than 260 buildings, the Cashing in on Our Homes report says his personal wealth is $680 million. On the venture capital platform Angel.io, Au says he’s looking for “early stage teams I can help scale with my capital, expertise, and resources through my family of companies and portfolio of 250 San Francisco apartment buildings.” Even during the pandemic, Veritas has purchased properties, including a $48 million Nob Hill building and another 27-unit building for almost $10 million.

By any measure, most Americans would consider Au a very wealthy man. He and his company’s success have been lauded by the financial industry. On his own blog, Au posted about receiving the Multi-Family Executive award and being “listed among the 100 Most Intriguing Entrepreneurs of 2017. Both the event and awards are administered by Goldman Sachs.” A profile in MFE magazine says “his vision and execution have transformed the firm into a major Bay Area powerhouse.”

It’s this wealth in a climate of dire need that triggered demands to return the money when Veritas received a $3.6 million PPP loan at the start of the pandemic. (Mosser and Ballast got PPP loans too.) Tenants, the San Francisco Council of District Merchants Associations, Supervisors, even House Speaker Nancy Pelosi railed at Veritas accepting financial resources meant for small businesses when family-run salons, delis, and retail shops have been decimated. Besides giving the money back, the tenants-merchants collaboration urged Veritas to contribute $3.6 million to a small business relief fund. Au declined, but promised to pay back the loan.

Now the Veritas Tenants’ Association (VTA), with the backing of the SF Supervisors, is trying to get Veritas to recognize it as a union and bargain to forgive tenants’ pandemic rent debt at corporate cost rather than applying for public rent relief funds. “This isn’t just about our own well-being,” said Veritas tenant and VTA member Eric Brooks. “We need small landlords in the community to get the relief. We’re looking at this holistically and protecting our community.”

In the past, they’ve met with a Veritas public relations consultant to discuss how negotiations would work. VTA organizers have never met Au. About two months after the public outcry over the PPP loan, Veritas offered to forgive 50% of April 2020 through July 2020 rent in exchange for tenants paying the other half over 12 months. Tenant organizers refused the deal saying it would leave them drowning in debt.

Au’s industry considers him an innovative leader. He says his company has a “goodwill fund.” And he’s stepped out on social issues—signing onto an open letter from CEOs urging Congress to pass commonsense gun laws and opposing anti-Asian hate violence. Large companies speaking out on issues like social justice and voting rights is controversial and a frequent topic in corporate board rooms these days, even though most companies choose to stay mum. But that is changing.

In 2019, the Business Roundtable—a lobbying organization of CEOs of some of the biggest corporations—announced a new set of Principles for Corporate Governance. For the first time since 1997, instead of corporations’ sole responsibility being to shareholders, the BRT’s statement declares responsibility to multiple stakeholders, the public good and an economy that works for all Americans. Fortune magazine calls it a move from “shareholder capitalism” to “stakeholder capitalism.” Even the 2020 Davos Conference theme was Stakeholders for a Cohesive and Sustainable World. The statement’s 181 signatories include corporations such as JPMorgan Chase & Co., Johnson & Johnson, Vanguard, Apple, Blackrock, Inc. and The Goldman Sachs Group, Inc.

Business publications, including Fortune and the Harvard Business Review, debate the motivations for the change, its sincerity and how it would work. In April, global economist Dambisa Moyo wrote in Bloomberg that corporations must recognize the threats to society and business posed by inequality and act to alleviate it. That includes allocating capital for the public good. “Right now, that means looking beyond short-term measures of profit and loss to transform the K-shaped recovery into one that is shared across society.”

The San Francisco Supervisors’ resolution gives Veritas and other large corporate landlords a way to show this commitment to the public good by taking the lead in a new corporate ethos.

The nation is on the edge of a precipice. Systems are frayed, if not outright broken. Americans’ confidence in most social institutions, especially Congress and big business, is low. According to Gallup, a year into the pandemic, a record high number of Americans (55%) are most worried about food and shelter.

Many who have struggled to be responsible despite income loss have acquired “shadow debt.” It’s what happens when you pay basic living expenses, like rent, on credit cards or from savings or retirement. Some renters moved to a cheaper home or moved in with others when they lost work, rather than accumulate months of debt they couldn’t pay. None of that can be reimbursed with current federal funds, but all of it will have lingering effects.

“We’re all taught if you work hard and save and follow the rules, you’ll have a good life,” said VTA’s Brooks. “In this country, doing the right thing by taking on the hardship yourself. That kind of ethic doesn’t fit anymore!”

President Biden said in his 100 Days speech, corporations must pay their fair share. Some within the business community are similarly endorsing changes. The BRT governance principles statement exists. Corporations are debating whether to make public statements on social issues. Some are making those statements. Now the Supervisors of a major American city too are calling on corporate landlords to use their leverage for the greater good.

As nascent as it is, this could be the dawning of a new era of corporate accountability for the public good. In the coming months, we’ll see whether San Francisco’s corporate landlords choose to lead.

Christina Leimer, Ph.D., is an independent journalist, author and researcher focusing on social issues and innovation. Her website is christinaleimer.com. 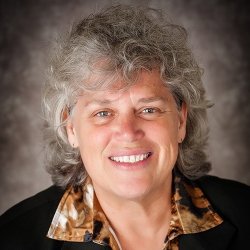 Christina Leimer, Ph.D., is an independent journalist, author and researcher focusing on social issues and innovation. Her website is christinaleimer.com.