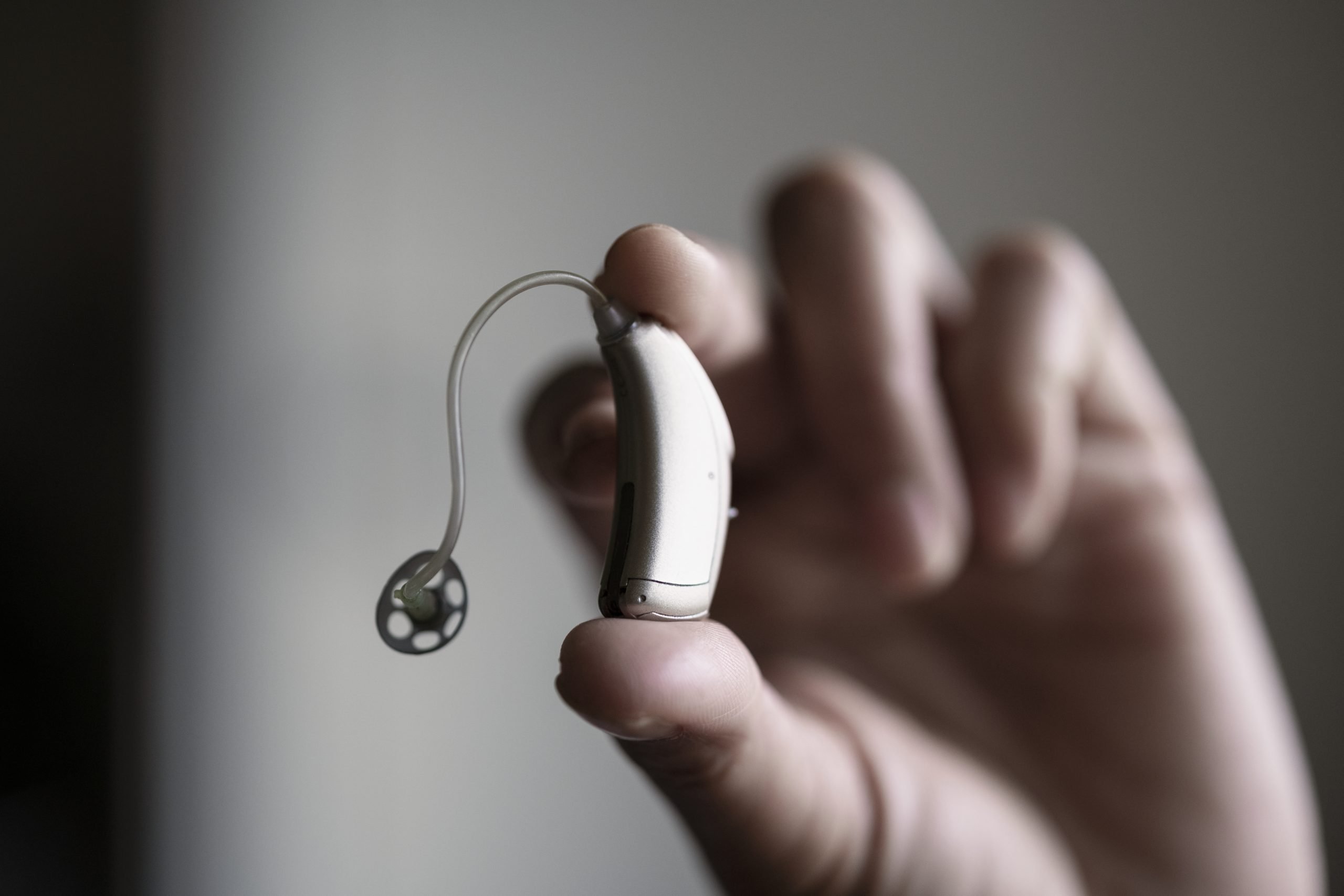 My Mom Can’t Afford Hearing Aids. The Pandemic Reminded Us Why She Needs Them.

For 10 minutes, I asked my 77-year-old mother if she needed cleaning wipes or toilet paper. It was early in the pandemic, when we were just starting to get a hint that these things would become scarce, so I had called to see if she wanted me to try to grab some for her before they vanished from store shelves.

After an exchange in which I repeated the same words numerous times and she helplessly tried to guess what I was saying, I wrapped things up by yelling loudly into the phone: “I’ll just pick you up whatever I can find. Love you — bye!”

I doubt she heard any of it. Looking back, I now wonder how long she held onto the receiver before she realized I had hung up.

I had noticed my mother’s hearing seemed to be getting worse for a while, but this was when I realized just how bad it had gotten. My sister — with whom my mother lives, and who serves as her primary caregiver — later explained that our mother’s hearing aids had stopped working some time ago, and even before they died completely, they produced a distorted sound that caused her increasing pain and aggravation. My mother’s advanced Parkinson’s disease, and the tremors that go along with it, make it difficult for her to type or write. Now, also deprived of the ability to verbally communicate efficiently, she is essentially cut off from the world around her.

“She needs a new pair,” I told my sister. “Why doesn’t the doctor order some?”

“Medicaid doesn’t pay for them,” my sister responded. Then she sighed and added, “And nobody has the money to pay for them for her.”

I couldn’t believe Medicaid was that heartless — and irrational. But it was true. In nearly half the states, including our home, Pennsylvania, hearing aids are not covered for adults over 21. And in states where hearing aid benefits are offered in some form, the coverage often falls far short. In some of those states, Medicaid will cover hearing aids only for patients with documented hearing loss beyond established minimum decibel levels, while in others, they are covered only for people who meet other strict criteria. Meanwhile, Medicare doesn’t cover hearing aids at all.

My mother’s only income is a minimal Social Security check. The ability to hear is a luxury she literally cannot afford. A local charity had paid for her previous, now-unusable pair of hearing aids, but that organization closed shortly after the pandemic began, and there is no telling when or if it will reopen — or if it will have the resources to pay at least $3,000 for another pair of hearing aids.

Having grown up in poverty, I have plenty of experience with unmet medical needs due to inadequate insurance or no insurance. But even I found it shocking that a government program whose beneficiaries are in large part elderly or disabled wouldn’t cover an essential medical device that many of them urgently need. Nicholas Reed, an instructor of audiology at the Johns Hopkins School of Medicine, traces this situation to the origins of Medicare, which, like Medicaid, originally focused on primary and preventive care, as well as emergency services. “Vision, hearing and dental all sort of got let out,” he says.

This doesn’t work for most elderly deaf people. Especially during a pandemic, when they are forced to rely on others for food and other basic needs. For safety reasons, my mother had to stay at home to avoid risking infection, meaning the phone was her typically her only way of communicating with others.

Occasionally, I would stand across the street while my mom ventured onto the porch, and we would wave at each other. I didn’t bother trying to say anything because I knew there was no way she’d hear it from that distance, no matter how loudly I yelled.

Communicating face to face with my sister was difficult enough for my mother. Carrying out a conversation with anyone else by phone or from a distance was virtually impossible. Even though my mother wasn’t alone, she felt increasingly lonely and isolated.

The inability to communicate is a serious safety issue, especially for older people who live by themselves. My mother and I unexpectedly broke our social distancing streak when she fell and broke her arm on Christmas morning, and I took her to the hospital because my sister wasn’t able to navigate my mother’s wheelchair in and out of the car in the snow. After setting the temporary splint, the ER doctor carefully explained the side effects and pharmaceutical conflicts of the pain meds she was prescribing.

The information about potentially harmful drug interactions was important for my mother to understand, as someone who takes nearly 20 prescription medications every day. But she didn’t hear a single word. Fortunately, my sister oversees all of her medications. But for someone who didn’t have such support, this inability to hear basic medical instructions could create a dangerous and possibly deadly situation, especially for those cut off from their families.

“I worry a lot about our older adults with hearing loss between the phone issues, the masking issues — there are just so many extra barriers right now,” says Reed. He and other advocates in the hearing-care field are pushing for universal coverage for hearing aids and were optimistic when the Over-the-Counter Hearing Aid Act, which aimed to expand affordable options, was passed in 2017. But the law’s potential impact has been hindered by inaction on the part of the Food and Drug Administration, which is responsible for issuing guidance governing its implementation.

Related pieces of legislation appear frequently in Congress but don’t get far. “Every year there is one or more bill introduced to cover hearing aids, but it never gets traction because of the cost,” says Christine K. Cassel, a senior adviser in the department of medicine at the University of California at San Francisco.

Proponents of Medicare-for-all point out that support for hearing devices and related services is one of the major gaps in our system — along with dental and vision coverage — that would probably be rectified if that type of universal coverage became a reality. Indeed, Sen. Bernie Sanders recently argued that Medicare should be expanded “to cover dental care, hearing aids and eyeglasses.”

In the meantime, the HEARS program — Hearing Equity Through Accessible Research and Solutions — created by the Cochlear Center for Hearing and Public Health at Johns Hopkins aims to develop strategies to help low-income people with hearing loss get the best results from over-the-counter devices. One of its main initiatives — a two-hour program that provides basic education about age-related hearing loss and a step-by-step fitting orientation to an over-the-counter listening device — has shown promising initial success, says Carrie Nieman, an assistant professor in the Johns Hopkins department of otolaryngology. Others such as Help America Hear and the Hearing Aid Project work toward similar ends.

Little of this is likely to help my mother. Elderly, low-income and disabled, she is already often excluded for other reasons. Without a hearing aid, she is robbed of the ability to have a voice in any important conversation — including those related to her own medical treatment. If Medicaid doesn’t or won’t hear her, I have to hope that enough people will speak out that it will hear us.

Bobbi Dempsey is a reporting fellow at the Economic Hardship Reporting Project.