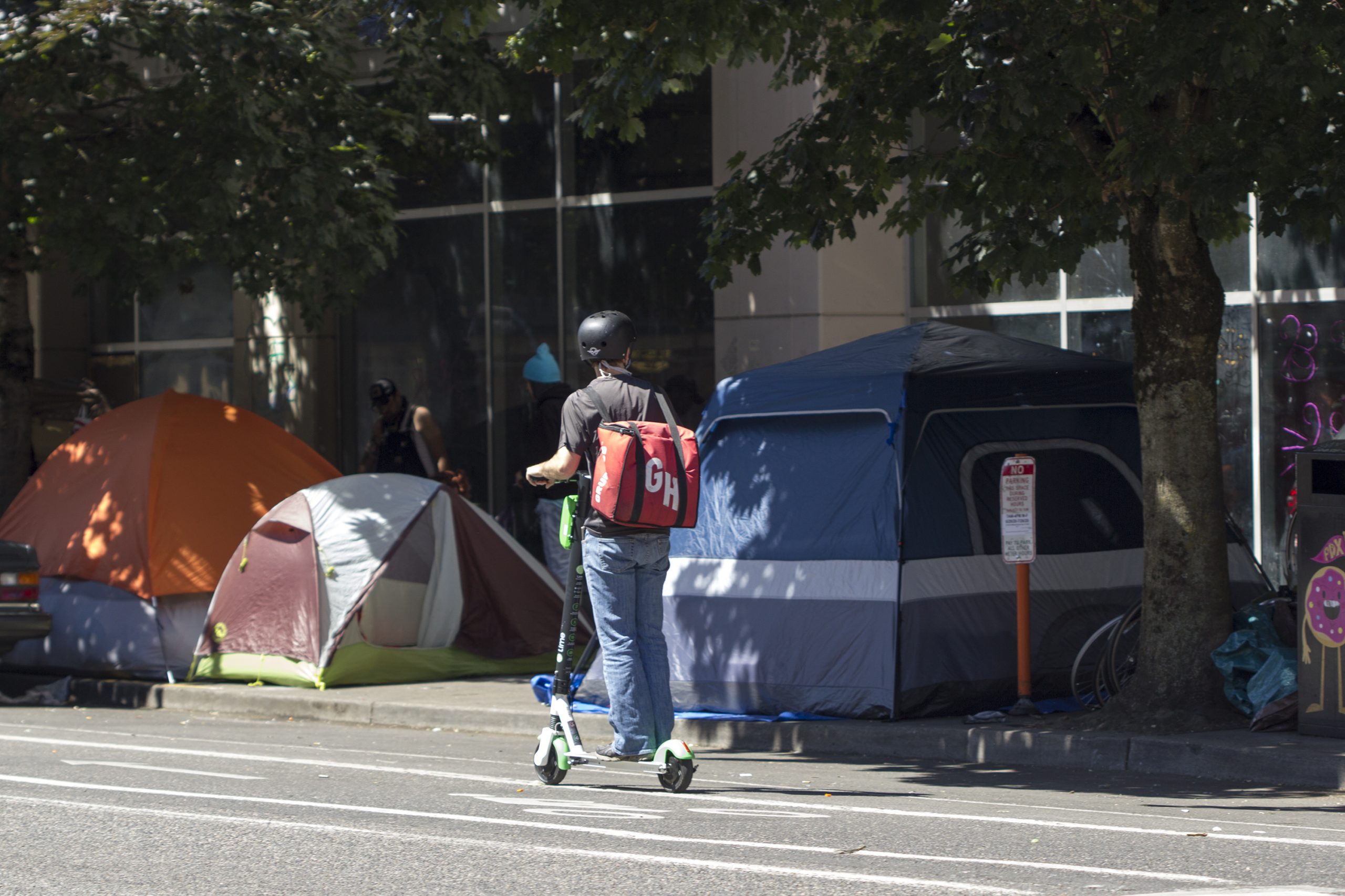 Photo by hapabapa via Getty Images
The Pandemic, Workers

Titans of the new economy breezily muse about the efficiency and “flexibility” of the new gig army. Laws affirming job security for U.S. workers count only those in regular employment. More people in contingency work are feeling like borrowed tools, so it’s time to reset the rules of work.

I’m hearing a lot these days about empowering the little guy against society’s elites. And I read about the bravery and essential nature of workers in a pandemic, and how America is finally ready to re-think inequality.

But America, now when there’s a choice, you appear more determined than ever to keep workers powerless and in limbo.

There is a fight going on right now for gig workers’ rights and unionization in the famously unionized and liberal New York. But even the unions are eyeing freelancers warily. They may want to wave them into the tent, but may still deny them the critical right to be recognized as actual employees.

And last November in California, while voters overwhelmingly decided not to let Donald Trump keep his job, a solid majority also elected to keep a burgeoning army of workers scrambling in cheap and insecure jobs. The vote on Proposition 22 was largely ignored in a country distracted by withheld concessions, the U.S. Capitol riot in January, futile recounts, fruitless court cases, and Trump’s fantastical allegations of widespread voter fraud.

“America, now when there’s a choice, you appear more determined than ever than prepared to keep workers powerless and in limbo.”

Let’s sweep away the fog of electoral war. The landmark ballot measure would have guaranteed gig workers compensation slightly over minimum wage and 30 cents per mile for distances covered behind the wheel. It offered help with health insurance, and extended protections already given workers with conventional “jobs” against workplace discrimination and sexual harassment.

In other words, in California, that supposed bastion of soft-headed liberalism and creeping socialism, gig workers asked to be treated, well, like workers.

Voters, by a margin of roughly 58-41, sided with Uber, Lyft, and Doordash, and decided to keep treating gig folk like rental scooters.

I Am A Scooter

As a sixty-something gig worker longing for the security offered by an old-fashioned job, I watched the campaign over Prop 22 with interest, and especially took note of the results. At the same time, I watched as sidewalks, public parks, and street corners filled up with rental scooters across urban America.

It then occurred to me during a long, COVID-stressed bike ride that I don’t just see scooters. I am a scooter.

As wave after wave of coronavirus infections swelled, Americans ran to the door for another meal delivery, stuck their heads in the backseat to see if their Lyft driver had a mask, and paid no mind to whether this was the gig worker’s 6th, 16th, or 60th straight day of work. If we’re the scooters, you are the riders.

The battles for the rights of gig workers are not over. Supporters are trying to reopen debate in the California legislature — suing to have Prop 22 declared unconstitutional. New York’s gig workers’ drama still has several chapters to go.

That this debate unfolded in the midst of a pandemic — that’s sickened millions, and killed hundreds of thousands of Americans, that drove a surging unemployment rate, and increased our reliance on gig work, and gig workers — only heightens the ironic and critical nature of this debate. 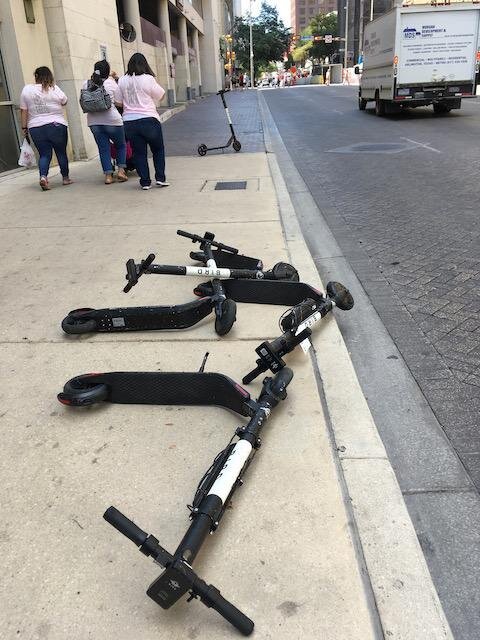 Sure, you can fancy up my business card by calling me an “independent contractor” in the language of Prop 22. But here’s why I’m still a scooter: Back when I had a staff job, my various employers were forced by the nature of our relationship to have at least some interest in my well-being. As I continued to work, I gained experience and skill, which made me more valuable to them. Over time I became valuable enough that it became increasingly advantageous to keep me and to keep me happy.

Part of my compensation came in the form of health insurance. Growing value, reputation, and skill would be moot if I was sick all the time. After all, the company wanted me to come to work tomorrow. And next week. And next month.

“I am the scooter… and the rider doesn’t care where I was yesterday, or where I will be tomorrow. The point is nothing more than getting them ‘there.’ Once there, the rider just hops off. The scooter is likely to be dumped on its side, next to someone’s lawn or in a pile of leaves.”

This wasn’t a one-way street. Mutual advantage came into play on a regular basis. I wanted the quality of my work to please my bosses. I wanted to do good work not only for the immediate return of a paycheck, but also had an interest in keeping the institution healthy enough to provide me with work stretching on into the future.

Now that I am a scooter, places that arrange a quick, short-term hire just need me to get them from here to there. It’s a short-term deal. It’s like the rider who doesn’t expect to pay much for the scooter, and frankly wouldn’t ride if the trip was expensive. The rider doesn’t care where I was yesterday, or where I will be tomorrow. The point of the relationship is nothing more than getting them “there.” Once there, the rider just hops off. The scooter is likely to be left, unceremoniously, on its side next to someone’s lawn or in a pile of leaves.

Will it be stolen? Will it be broken? Will it be oiled and have its motor maintained? Will it have that dodgy wheel replaced or its brake pads checked? When you come right down to it, who cares? Once the rider jumps off, all those considerations become somebody else’s problem.

The evolution of the workplace continues, rapidly. Highly compensated people rhapsodize about the efficiency and “flexibility” of the new gig army. Yet the legal frameworks and security that evolved for workers throughout the 20th century remain embedded only for regular employees.

Today, more workers are migrating to an uncertain work life, and they’ll end up feeling like a borrowed tool.

Riders of rented scooters have no “relationship,” as they would with a scooter saved for, shopped for, chosen over others on the market. If a rider comes out the front door of his apartment tomorrow morning and the scooter laying on the curb doesn’t start, it doesn’t matter. There are a bunch more just down the street. One of them is bound to have a properly recharged battery and be ready to go. Once you get where you’re going you can step off and even this minimal amount of obligation immediately ends.

It’s no surprise that Uber, Lyft, Grubhub and Doordash spent $200 million to convince Californians to vote against Prop 22. 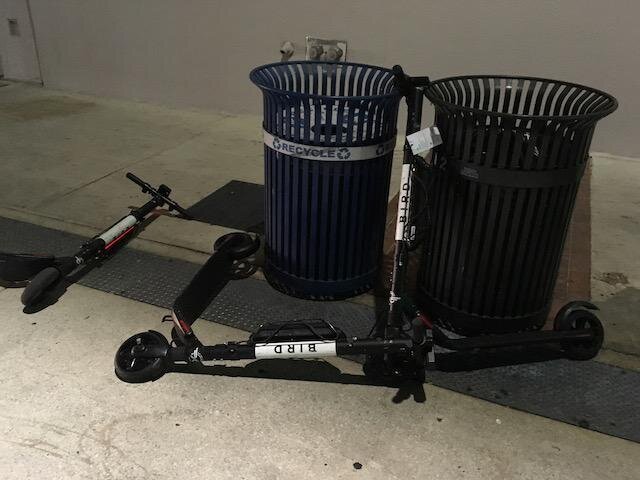 Karl Marx and Freidrich Engels never once rode a subscription service electric scooter on the streets of Manchester, London, or Dresden. But they knew more than a little about “market relations,” and “relations of production.” They knew buyers and sellers of labor entered into relationships in which there was often unequal power. And they understood, as California voters and New York takeout customers do, that the ease and affluence of the riders is at least in part based on making the ride as cheap as possible, whatever the consequences for the scooter.

Working, as I do, in a line of work where there are constantly new people entering the marketplace to sell their wares, buyers know they can put downward pressure on the price of labor, and the price of content. They know the conditions exist for them to carry fewer and fewer scooters in their inventory, scooters they must maintain and tune and buy parts for.

Tap a few keys on a phone or press a button on a keypad, and just like that, you’re a rider.

Meanwhile, I alone must worry about making sure I’m maintained and in working order. I buy my own health insurance. Even if the owner’s manual says I shouldn’t be ridden too long at a time, or ridden with the brake applied, or ridden too fast, the rider has little incentive to use me responsibly. After all, from 9th to 29th Street is only 20 blocks.

The scrambling drivers, delivery people, and service providers of all kinds now know that when we were all struggling to make it through a national calamity, cheap takeout was chosen over modest guarantees meant to make gig lives just a little bit more secure. Keeping our lives precarious probably doesn’t have immediate negative feedback. It does make solidarity a little harder to find in a world where it’s already in chronically short supply.

As with other debates over changes in the workplace benefiting employers, there are always enough people to step forward and rave about the joys of gig work, even when it means becoming your own agent, business manager, tool supplier, and maintenance worker…on top of doing the actual job.

With so many people scrambling during the pandemic, I can only hope we don’t end up with yet more scooters on the street. While I don’t want to misuse, or overuse, or abuse, I’m afraid I can’t take the risk of idleness either.

Overuse might be a problem, but if nobody rents me, that may be the worst outcome of all. 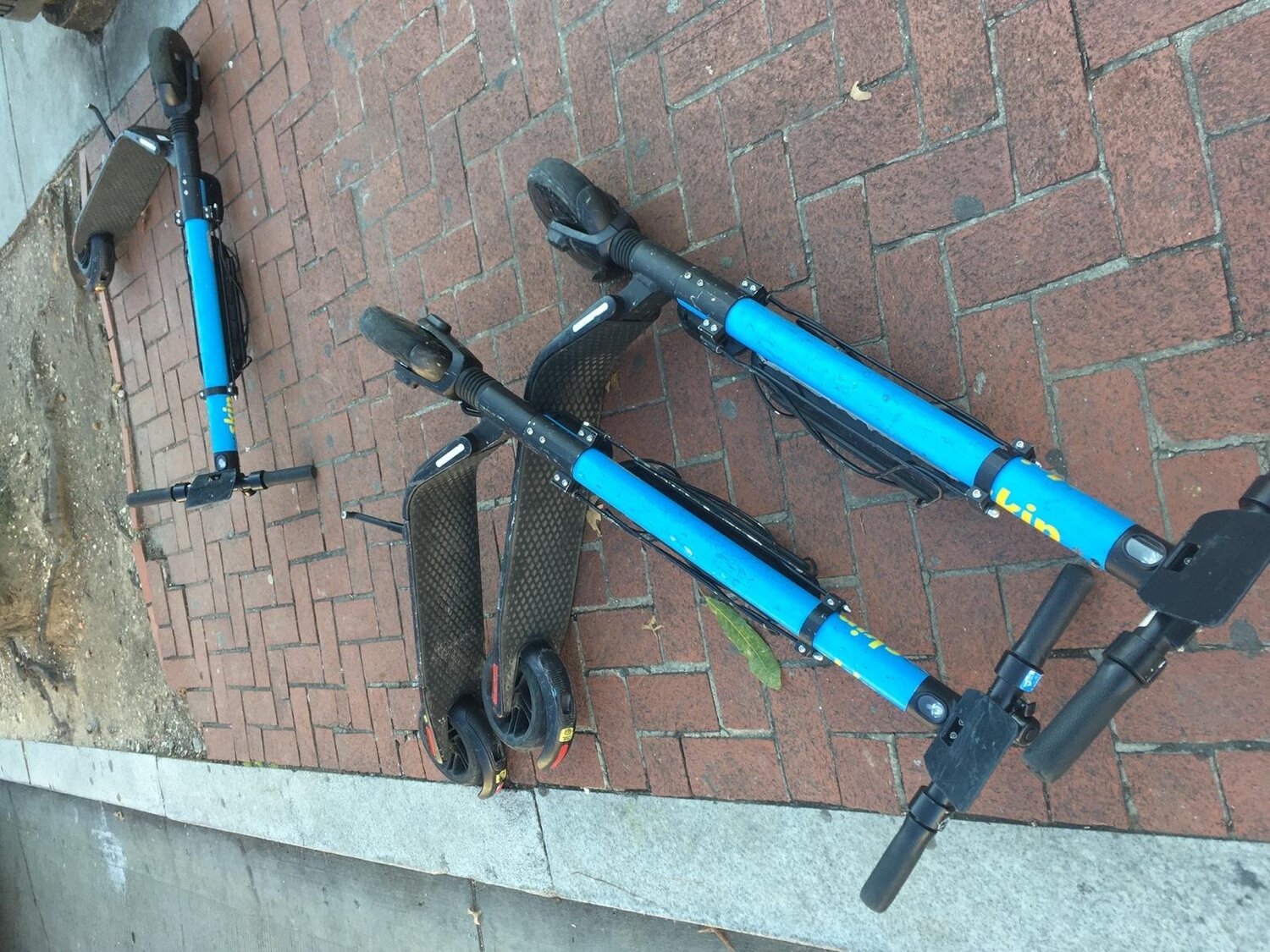 Ray Suarez is not really a rental scooter. He’s a veteran journalist, who has worked for The PBS NewsHour, NPR, Al Jazeera America, and others. He is the author of three books, most recently “Latino Americans: The 500-Year Legacy That Shaped a Nation.”