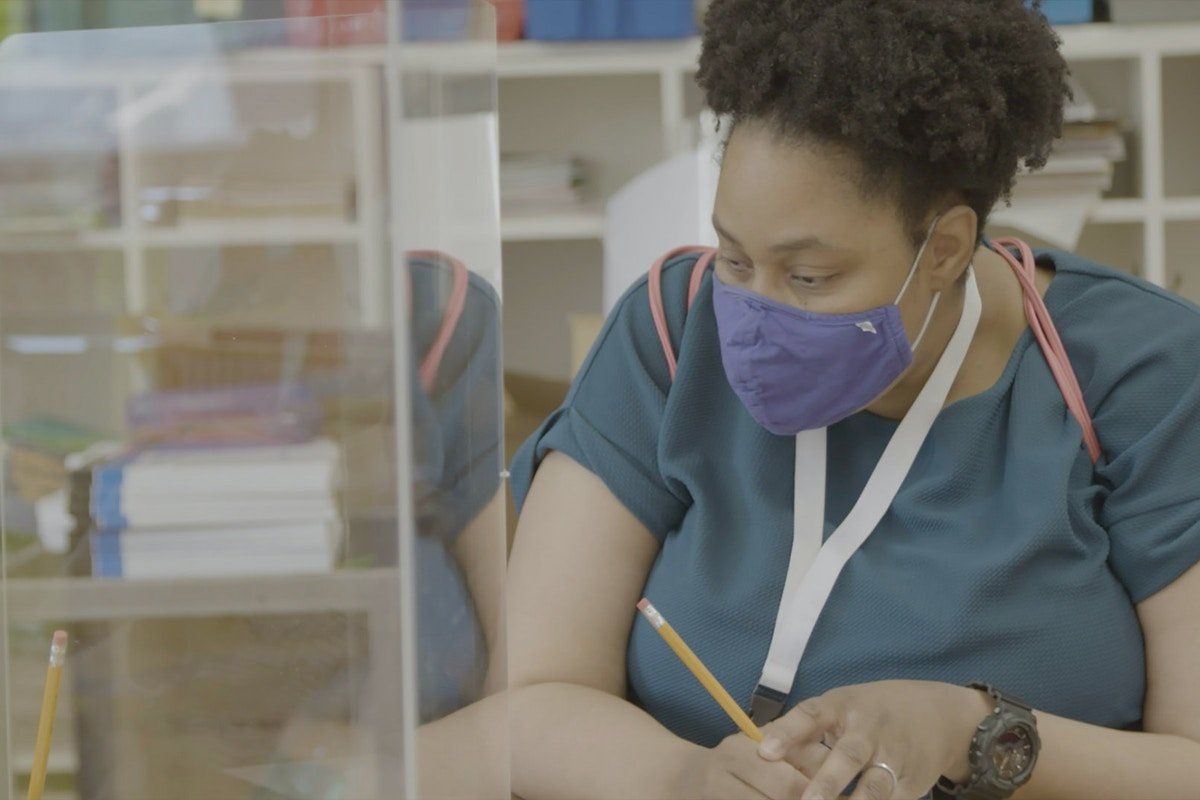 The coronavirus pandemic has exposed all the existing frailties within our society, like a proverbial X-ray machine. This idea has practically become a cliché, and like many clichés, it is also true. One of the most urgent vulnerabilities that’s been exposed in America concerns women who work outside the home, especially those with kids.

Keeandra Armprester, a teacher and mother of three in San Lorenzo, a suburb of Oakland, California, sometimes works from home and sometimes in person. Her husband was laid off from his job as a paratransit driver during the pandemic, so the family has had to survive entirely on her income. In San Francisco’s Japantown, Saori Okawa, a 39-year-old ride-hailing driver, switched to just doing food and grocery deliveries because of decreased demand for rides during the pandemic, as well as her own fear of being exposed to Covid-19 while driving. Interactions at big-box stores makes the delivery work also precarious and somewhat risky. In California’s Central Valley, agricultural worker Maria, a mother of four, is watching her family suffer, short of money and struggling with remote schooling. Maria ultimately had to stay home from work because her kids started missing school without her presence.

These women were beleaguered by the onset of the pandemic in different ways, revealing a range of negative effects it had on women workers and their families. Their jobs stretch from the “old economy” of public school teachers — workers who have had to put in a great deal more time and effort during the pandemic to do their jobs, with no additional pay ­— to the “new economy” gig workers like delivery or ride-hailing drivers, whose very flexibility hurt them during Covid-19. Gig workers had little recourse or additional support when, say, ride-hailing customers started to avoid car services, and their earnings dipped precipitously. After all, they were still defined as contractors even if the number of hours they were working for their conglomerates might easily have had them defined as employees.

One unifying experience, however, is that the Biden administration’s $1.9 trillion stimulus package, lauded as one of the most significant anti-poverty measures in recent history, has made their lives more bearable. In addition to the one-time $1,400 checks issued in March, two of the women are eligible for the stimulus’s child tax credits for single parents making less than $112,500 and couples making less than $150,000. The monthly payments of $300 for every child under 6 and $250 for every child over 6 and over started in July; families who are eligible will ultimately receive up to $3,000 or $3,600 per child, depending on the child’s age. The stimulus package also offered an unemployment insurance supplement of $300 a week, which expired earlier this month.

The stimulus bill was part of “a consciousness raising” that came out of the pandemic of what workers like these women experience, said Kathleen Gerson, a professor of sociology at NYU who specializes in gender equality and work. “The most cataclysmic events of the 20th century, like the Depression,” said Gerson, led to similar “silver linings” like the 2021 stimulus bill. After the Depression, for instance, “the U.S. got serious about creating some of those social programs — fair labor practices, unemployment insurance, Social Security, the 40-hour work week,” she said. Gerson is hopeful that “we will emerge from the pandemic with a similar commitment.” Analysts say the stimulus bill and related governmental payments could ultimately cut child poverty in half.

The Covid-19 pandemic and ensuing economic crisis has had a disproportionate impact on women, particularly women of color, who were most likely to lose their jobs. According to U.S. Census Bureau data, in January 2021, roughly 10 million U.S. mothers living with their own school-age children were not actively working, which was 1.4 million more than during the same month the previous year. Restaurants, hotels, child care centers, and retail businesses shut their doors, leaving many out of a job or having to choose between working to earn enough income and taking care of their children, an extreme pattern. Women who did keep their jobs or continued to do their contingent work were often struggling to perform additional child care needs brought about by remote schooling. (Before the pandemic, working mothers in homes with little ones under 18 spent 74.5 percent of their time “caring for and helping household children,” while fathers in the same category spent 58.1 percent of their time caring for their kids.)

The stimulus bill has helped alleviate some of the worst of the suffering. “The most important part of the stimulus were the direct payments — the check,” said Teresa Ghilarducci, a professor of economics at the New School. “Second in importance were the more generous unemployment insurance benefits because mothers needed support to not look for work immediately when their kids needed childcare.” While higher-income workers were more likely to keep their jobs and were also more likely to supplement their children’s education with private resources, for lower-income women the child care credits were particularly important.

Okawa, the delivery driver who is originally from Japan, said the stimulus checks helped take the edge off the decrease in business during the pandemic and the expensive cost of living in her adopted city. Both Armprester, the teacher, and Maria, the agricultural worker, said they’ve used those to pay bills. Maria said the payments helped relieve what has been a perpetual state of her family not having enough, despite working so hard for so long picking berries that she has hurt her back. The stimulus payments were “good for paying bills that we are late on and good for buying food because food stamps is not enough. We also took our kids out to eat,” she said. “I’ve paid rent with stimulus checks.” The way Maria spent her stimulus payments is, in fact, typical: Nonwhite households have been found to use stimulus payments to pay down their debt, especially if they do not have a college degree and were lower-income to begin with.

These payments and other recent developments, including increased activism around labor rights and protests for racial justice, in the wake of George Floyd’s murder, have given these women some reason for hope. As Armprester put it, there’s been “a lot of social change during the pandemic.” The federal support that had been spurred on by the pandemic and its aftershocks has been one of those transformations. Yet the battle continues to make these and other similar payments not just tourniquets in a disaster but rather our enduring social fabric. As Ghilarducci put it, “These temporary measures should be permanent.”

Emily Cohen Ibañez is a Latinx filmmaker who earned her doctorate in Anthropology (2011) with a certificate in Culture and Media at New York University. Her film work pairs lyricism with social activism, advocating for labor, environmental, and health justice.

Co-published with The Intercept and KQED.

Emily Cohen Ibañez is a Latinx filmmaker who earned her doctorate in Anthropology (2011) with a certificate in Culture and Media at New York University. Her film work pairs lyricism with social activism, advocating for labor, environmental, and health justice.