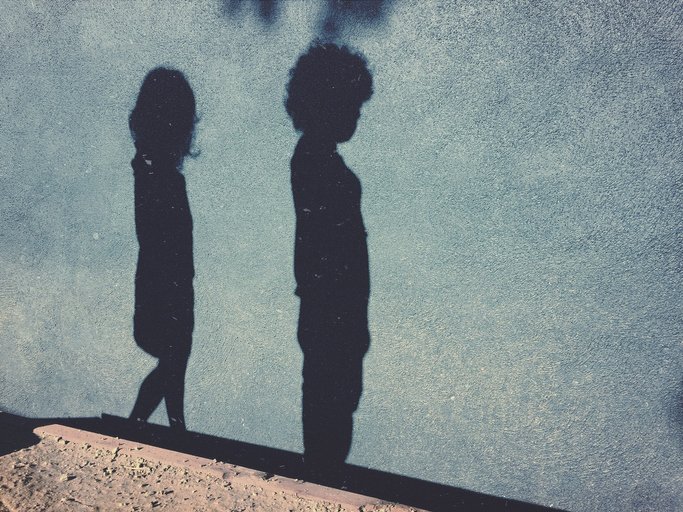 A Fort Worth Program Aimed to End Poverty. It Didn’t Work for Everyone.

In 2015, Catholic Charities Fort Worth, one of the largest social service nonprofits in the area, started an ambitious program with a new approach. Instead of giving out money to solve an immediate need like a looming gas bill or past due rent, the plan was to move people out of poverty — permanently.

This story is part of KERA’s One Crisis Away series ‘Tackling poverty: A case study in Fort Worth.’ It explores what worked, what didn’t and what’s next.

‘Whatever it takes’: Catholic Charities Fort Worth takes on poverty

Heather Reynolds, the former CEO of Catholic Charities Fort Worth, remembers reading an article early in her career about the head of a homeless shelter who was retiring.

“He was quoted in the paper saying that after serving for two decades in his role, he really felt like the homeless in our community were no better off than the day he started,” she said.

That didn’t sit right with the young, ambitious Reynolds.

“I just thought to myself, ‘That is not the legacy I want to leave.’ How can I come to work every day and try to inspire a staff and a volunteer base and a donor base with a message of ‘20 years later, we’ll be no better off?’”

So Reynolds decided she’d try and figure out how to end poverty.

With that mission in mind, Catholic Charities launched a program in 2015 to get at the root of poverty. There were just 103 clients in their first group.

Frank Santoni ran the program when it first started. He explained the overarching philosophy back in 2015.

“We basically tell people, ‘We’ll be with you as long as it takes and do whatever it takes.’”

Catholic Charities’ new program would still tap into support from the government such as Medicaid and SNAP, but staffers had also raised $6 million from private donors. The hope was that that would allow case workers to be much more flexible and creative. They’d also carry a much lighter caseload.

So Catholic Charities spent more than $500,000 to hire researchers from the University of Notre Dame.

Finally, this big, pioneering program needed a fitting name. Staffers settled on St. Anthony of Padua, the patron saint of poverty. And that’s how the Padua Project was born.

‘I felt betrayed’: A rocky start to the new anti-poverty program

When David Rapp lost his job running a nonprofit in upstate New York, it had a domino effect. He got divorced, couldn’t afford his mortgage, and became homeless.

Rapp went from being comfortably middle class to selling plasma so he could buy peanut butter. He heard jobs were easier to get in Texas, so at age 49, he packed up and moved to Fort Worth.

Rapp was one of 103 people randomly selected to be part of the Padua Project. At first he said the program was a godsend.

Case workers got him a furnished apartment, medical care and filled his prescriptions. They paid off all his outstanding parking tickets, bought him nicotine patches, eyeglasses, a cell phone, and even a gym membership because working out was important to him. In 2015, Rapp said he finally felt hopeful.

“We’re going to start over. The counter is at zero now and we’re moving forward,” he said.

The program paid for anything clients needed to get out of poverty, including immigration attorneys, educational programs, IRS debt, medical bills, housing, even a used car. One client got a monthly $1,000- stipend to take time off work and manage multiple medical appointments. The hope was the program would take care of immediate needs so the client would have the bandwidth to plan for the future.

Despite that, half of the first group selected to be part of the program dropped out in the first year. Some clients were no-shows, others struggled with addiction, some found Padua too intrusive.

Cindy Casey, who was the program manager at that time, now oversees Padua.

“We didn’t know what we didn’t know in the beginning,” she said. “We began with a mindset of: If you furnished people with unlimited financial resources, that it would help motivate them and move them along.”

But she says that didn’t work. Paying someone’s rent in June, for example, meant they’d still likely need help in July. So a year in, Casey made a fundamental change: Financial help was only extended if resolving the issue fit into a client’s long-term plan.

Rapp was very enthusiastic about the program when it launched, but he dropped out in six months. He says back in 2015 — a few months after he moved into his Padua -funded apartment in Fort Worth — he still hadn’t found a job. But he felt pressured to contribute to the rent.

One day, Rapp was called in for a meeting with Cindy Casey.

“The first thing she did was start screaming about how much money they had spent on me and how lazy I must be. And I’m taking advantage of people,” he said.

Rapp said he was stunned.

“Then I left. That was it. There was no more contact after that,” he said.

He returned to upstate New York and is living in a group home. Five years later, Rapp still hasn’t found a steady job. He blames being over 50, multiple health issues and Padua.

“I felt betrayed. I felt like they didn’t honor their obligation,” he said.

Kimberly Lawrence was Rapp’s social worker at that time.

“It could feel like a betrayal to the client, when the time came that we had to say we can no longer financially meet those needs. But this program is not a program for staying where you are,” she said.

Years later, David Rapp says he’s still stuck in a “grimy reality.” “There better not be reincarnation because I am not coming back to this disgusting place,” he said. Poverty, he said, is like a “black hole,” it sucks you in and it’s very, very difficult to get out.

Kavitha Cardoza is an award-winning journalist covering education, children and poverty. Her stories have appeared on NPR, PBS NewsHour, WAMU Public Radio, Atlantic.com and The Washington Post among others.