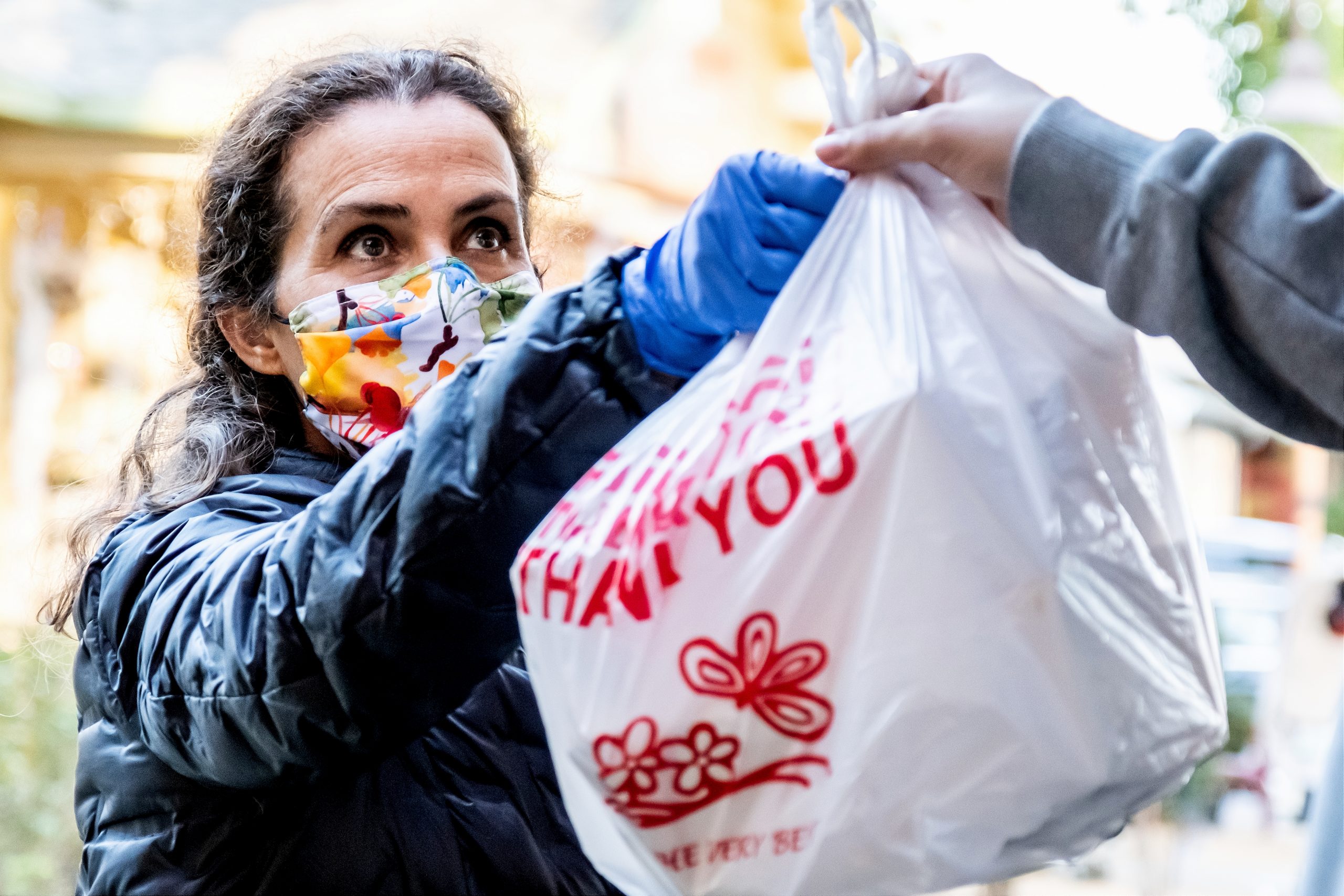 In Texas, An Anti-Poverty Program Tries to Define Success

In 2015, Catholic Charities Fort Worth, one of the largest social service nonprofits in the area, started an ambitious program with a new approach. Instead of giving out money to solve an immediate need like a looming gas bill or past due rent, the plan was to move people out of poverty — permanently.

This story is part of KERA’s One Crisis Away series “Tackling poverty: A case study in Fort Worth.” It explores what worked, what didn’t and what’s next.

‘Is that not a success story?’: Should financial goals be the only ones that matter?

Two-thirds of the people originally enrolled didn’t hit the financial targets set by the founder of the Padua Program. The expectation was that in three years clients would make a living wage, have three months of savings and be off government assistance. But should those who fell short be considered failures?

Genesis Martinez was 34, a single mother of four, and living in a homeless shelter when she enrolled in the Padua Project. Most of her paychecks from Walmart were diverted to child support for her older two children, who she’d lost custody of. Martinez admits to some bad choices like doing drugs. She’d also fled a violent relationship.

The first thing her Padua Project case worker did was meet her at Target to replace her broken stroller. Martinez had to convince herself it wasn’t a scam.

“They bought me the stroller that I actually wanted,” she said. “That’s never happened. You know, like I was excited!”

Padua involved a lot of work, and she said it was stressful to attend so many classes on job training, parenting, and financial literacy.

With her case worker’s help though, Martinez got her high school diploma and even took some college classes. She used her tax refunds to pay off $18,000 she owed in child support. In 2017, her dream of regaining custody of her two older children came true.

“That was a mountain that I thought I would never, ever get over. And I did,” she said.

But by the standards set by Padua, Genesis Martinez failed, despite tremendous personal progress. She’s been in the program for five years but still receives government assistance for food and housing and barely has any money saved.

Cindy Casey, the current head of the program, says money can’t be the only metric. She says clients should decide what success means.

“If the client comes back and tells you ‘This is better than I have ever been in my life. You know, I don’t have debt. I can pay my bills. Who cares if I have $10,000 in savings?’ Is that not a success story?” Casey asked.

Martinez knows she hasn’t met Padua’s official goals, but says she hasn’t given up on being able to save more and be financially independent.

“That is every day, my goal. It has not come off my mind at all,” she said.

‘You can breathe again’: Doing the hard work and graduating from the program

Gilbert and Cynthia Arango lived a very comfortable life. He was a truck driver and she was an office manager. They lived with two of Cynthia’s children and two grandchildren in a rented five-bedroom house.

“We’d go out to eat, take the kids to the movies, go out of town if we so choose to,” Cynthia said. “Everything was going smoothly and bam, everything dropped out,” Gilbert adds. “It was unbearable.”

In 2015, Gilbert had an accident which overturned his truck. He hurt his back and couldn’t drive. That’s when he says he discovered the owner of the company wasn’t paying tickets on the truck he drove and now, he was liable. Gilbert lost his license and Cynthia’s salary didn’t cover the bills.

“We couldn’t pay rent. We had an eviction notice on my door. It was a horrible time,” Cynthia said.

She called churches and nonprofits asking for help. When she heard about the Padua Project at Catholic Charities, she filled out the enrollment forms. Cynthia tears up when she remembers that time.

“It really was a blessing. They paid our cars right away. They paid like a year’s worth of daycare upfront. They called the landlord and started making arrangements,” she said.

Padua staffers took care of their immediate needs so they would have the bandwidth to focus on the long term.

Caseworkers combed through the couple’s finances. They tracked money coming in, and money spent. Cynthia says sometimes their caseworkers asked whether that purchase was a ‘want’ or a ‘need.’

“That’s one thing that I would butt heads with them. I’m like, ‘Oh, why do they need to know my whole business?’” she said.

But slowly, things started to change. The couple learned how to improve their credit score. They got into the habit of saving money every month. When Cynthia got a bonus at work or the income tax refund came in, her case workers not only knew about it, they would also send a text message encouraging her to save and then offer additional money as an incentive.

Saving and thinking about the long term became a habit. Padua staffers also helped Gilbert with dental work and got Cynthia enrolled in computer classes. The family took advantage of free programs for food, clothing, and school supplies.

Even though he couldn’t drive a big rig, Gilbert worked odd jobs — in a warehouse and unloading trucks — sometimes two or three temporary jobs at once.

“Anything that I could find, just to put some food on the table,” he said.

Three years after losing his driver’s license, Gilbert got it back. He now works at UPS. Cynthia negotiated with different courts to get the $60,000 in outstanding tickets and surcharges reduced to about $10,000, which the couple has paid off.

They’ve also made all three of Padua’s financial goals. Nearly three months of expenses are socked away, they aren’t on government assistance, and Gilbert earns a living wage. And they have no debt.

“We finally got all the credit cards paid off to zero and don’t owe anything. It’s just been really really good where you can breathe.”

After five years, the Arangos graduated from Padua. Now, they want to buy a house, get higher paying jobs, and help someone else who is struggling.

“We want to be able to give back,” Gilbert said. “That’s been our goal to always give back because they were there when we had nothing.”

The Future of Padua: What’s Next and What’s Changed

Researchers from the University of Notre Dame have been studying the Padua Program. It’s a randomized control trial where half the people who came to Catholic Charities would get into the Padua Program, the other half would get a list of nonprofits they could contact for help.

James Sullivan, professor of economics at the University of Notre Dame and co-founder and director of the Wilson Sheehan Lab for Economic Opportunities, and his team, conducted in depth interview surveys for the first and second years of the program.

Sullivan says Padua clients who already had a house, showed the biggest gains in employment and earnings. Those who had what’s called “unstable housing” when they came into the program overall saw no improvement in earnings or employment.

How the Padua Program has changed

Kavitha Cardoza is an award-winning journalist covering education, children and poverty. Her stories have appeared on NPR, PBS NewsHour, WAMU Public Radio, Atlantic.com and The Washington Post among others.