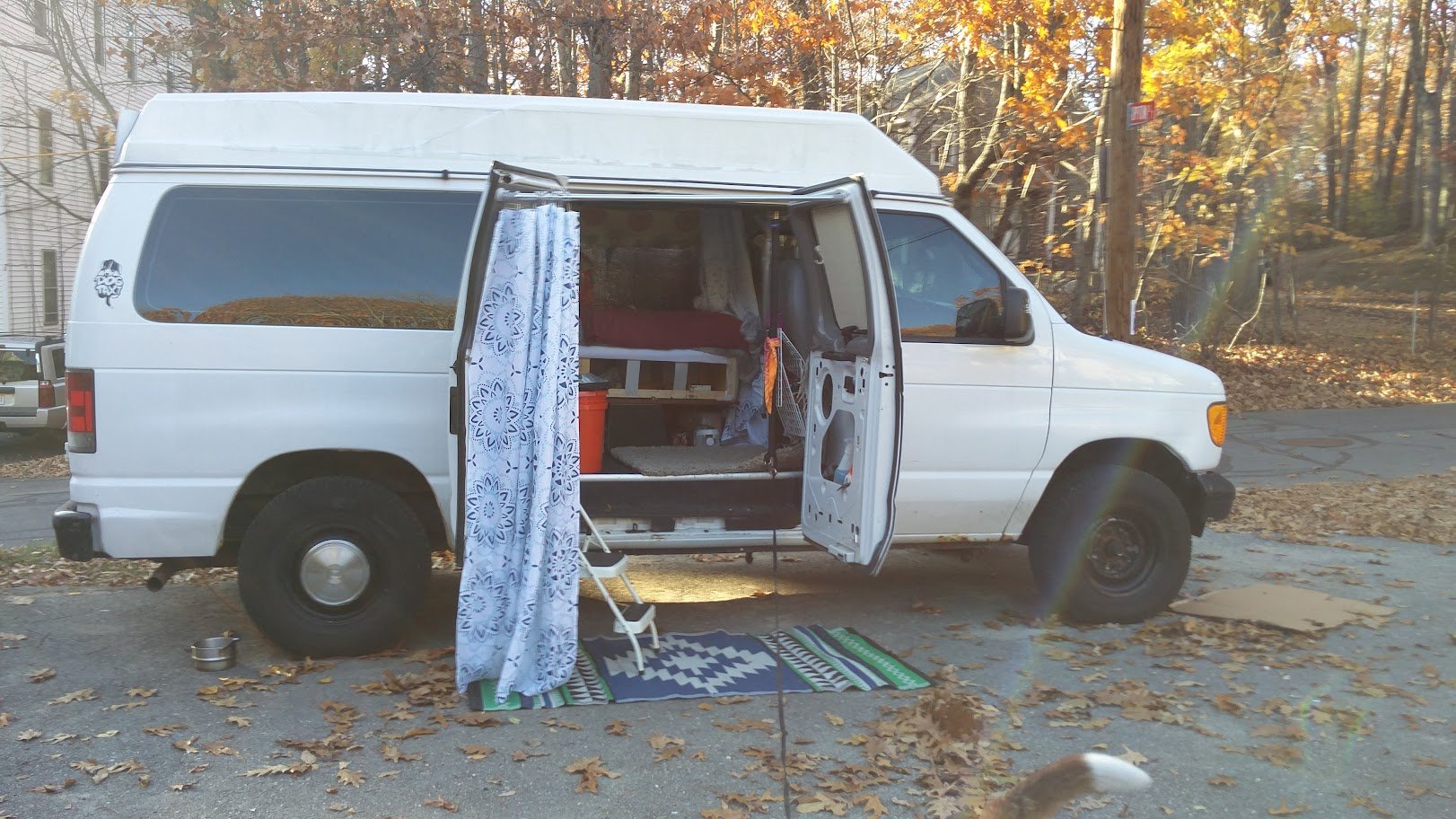 Welcome to How Are You Coping With That? a recurring column in which Lori Teresa Yearwood talks to people about how they are coping with hardship.

It is as if the eviction has been a long-brewing and inevitable storm aimed at Susan Violette, who lives in Worcester County in central Massachusetts.

The first warning came in August 2020, when Violette’s roommate moved out, leaving Violette, who relies on disability checks to live, unable to pay the $950 rent on her two-bedroom apartment a few blocks from downtown.

Government subsidies, collected through a Worcester social agency, staved off the eviction. But when that aid stopped in June 2021, 57-year-old Violette, whose social security checks total $904 a month, fell behind on her rent again. And her landlord filed another eviction.

“I have until Dec. 1 to rectify my past due rent, which is $4,000,” Violette says. But she has no savings, no credit, and no family members to whom she feels she can turn to for help. There is a breathlessness to her voice.

Well, the Boston resident says, she’s been preparing for disaster to strike since last October. For starters, she’s been transforming her Ford E250 van—which she bought for $750 with her COVID-19 stimulus checks—into her next place of residence.

“I’ve been spending about 29 days of every month in it,” she says.

It’s her attempt to turn her van into her “safe spot.” It’s a huge, even terrifying undertaking, as Violette says she became agoraphobic after her husband died in 2014, which is why she is on disability.

These days, when she leaves her apartment, she has panic attacks. Sometimes they get so bad she even soils herself. During her eviction, amidst the uncertainty and vulnerability she felt at her housing hearing on Nov. 22, Violette threw up—twice.

“I was beyond stressed,” she says. “This has really affected my health.”

Her glucose levels have skyrocketed and her panic attacks have increased.

Thus, she is coping with this sea-change by planning for situations in which she will have to answer questions such as: Where she will shower? Which parking can she  stay in overnight? How will her two cats, Molly and Waldo, and her therapy dog, Daisy, best acclimate to all the changes? Lately, the parking lot of a local hospital is serving as the trial zone for her anticipated nomadic lifestyle.

Violette knows she is not alone in her housing insecurity, and wants to give hope to others that adaptability is possible. A U.S. Census Bureau Household Pulse Survey, conducted from Aug. 18-30, showed that nearly 7.7 million Americans are behind on their rent. Almost half—about 3.3 million—are one or two months behind. And another 1.1 million are more than six months behind.

In Massachusetts, Joseph Michalakes, housing attorney for the Greater Boston Legal Services, says there are about 444 eviction cases a week statewide. The state moratorium was enacted in April 2020 and then later replaced with a more limited set of protections to tenants in nonpayment evictions. And while the number of overall filings is down from pre-pandemic levels, filings for other reasons are actually up, Michalakes says.

“I think the hardest conversations I often have with people are the ones where I’m trying to slow everything down for the people being evicted,” he says. “Because the instinct is: ‘I got to do this, I got to get out.’ But it’s in your legal interest to slow the process down.”

Eviction cases tend to be fast moving—and very technical. Yet in Massachusetts, 90-95 percent of tenants do not have a lawyer when being evicted, Michalakes says. Comparatively, 70-75 percent of landlords have attorneys.

It’s crazy, Michalakes says, that America’s founders didn’t specifically consider the right to housing in the right to “life, liberty and the pursuit of happiness.”

“It’s at the center of human wellness,” Michalakes says. “It’s the place where you are supposed to be safe and protected from everything. So I think it’s hard for me to separate the centrality of having a home from your overall well being. That’s why eviction is so traumatic.”

Violette has applied for further financial assistance from a social agency that wants to take over her social security checks and then, in turn, manage the payments of her back rent as well as pay her a monthly stipend to live on. That would allow her to stay in her home until March. But Violette isn’t sure that signing over her only source of income is the right thing to do. In the confusion of it all, she’s seeking legal advice, but has no idea where to go to get it. She wants to stay in her apartment as long as she can, but even with her thrift-store blankets of wool and down, her van isn’t warm enough for Massachusetts winters, where temperatures can drop into negative numbers. So far, she’s slept in her apartment when the storms have hit. That’s given her at least a temporary backup plan.

Shannon Poole, her 37-year-old son, sighs deeply in between his sentences. Obviously, he doesn’t like that his mom is sleeping in a van, he says. But he understands that she wants to have an independent living situation, he adds.

So he paid for the installation of  an exhaust fan for her van. He would like to give her money, but if he does that, the  social security system will cut her benefits, he says.

“They have this rule that if you get in-kind support, they will cut your benefits by a third,” he says. “So it makes things tricky.”

A software developer who lives in Ashby, a town outside Boston, Poole and his wife have three children and have limited funds to share. However, Poole tries to go grocery shopping for his mom when he can, and his family has recently started inviting Violette over for dinner once a week—a practice Poole hopes will help “ground” his mother.

Still, he concedes, the entire situation is upsetting for everyone.

“There is only so much you can do to try to help without taking yourself down with it,” Poole says.

Whatever happens with the eviction, Violette says she realizes that at the end of the day, staying in her apartment long-term, where she has lived since 2012, isn’t financially sustainable on a discretionary income “of zero dollars.”

And so, she says, “I’m going through steps to stay in my home through the winter with the understanding that I will probably be evicted soon. I already have half my house packed.”

Her preparations include changing the way she eats so that she can manage her food supply as a nomad who needs to store everything in a few boxes and the 32-inch tall refrigerator now behind the driver’s seat of her Ford.

“I’ve been buying powdered milk and powdered eggs for the last year,” Violette says. “If you bring them into your system slowly, it’s easier on you.”

She’s even switched to dehydrated potatoes. The changes have brought her food costs to $2.40 per meal, allowing her to stay within her food-stamp budget of $250 a month.

Johnny Poole, her ex-husband, has known Violette for 40 years. They were married for seven years and they’ve managed to stay good friends, he says.

On Sunday, he explained that he had just spent the evening with Violette in the hospital emergency room, likely due to a bad interaction she was having to one of her new medications.

“This last year, being faced with eviction, her health has really declined,” he says. Once an incredibly independent woman—at one point she was bringing up four children and managing her own digital communication business—Violette is now someone so plagued by  anxiety that Poole has seen her “literally run out of a grocery store in a panic—not because anything is wrong but because someone got too close to her.”

To offset the tension, he and Violette go camping, sometimes as far as the Canadian border, along the coastline. That way she can test out her van and get out of the house, he says.

“She gets really easily discouraged,” Poole, 64, says. “But I try to encourage her—a lot of encouragement to not give up at the first obstacle. And it stresses me because I stress about her.”

Violette’s landlord, Walter Murray, says he would love to see Violette stay in her unit.

“As a human being, Susan is a nice person. In some cases, a landlord hates a tenant or a tenant hates a landlord, but that is not the case here,” Murray says. “But at the same time, water bills are going up, inflation is running rampant, and it’s tough paying the bills without income.”

So he’s truly hoping there is a program that can help Violette stay. “Because she can’t fend for herself,” Murray says.

Lori Teresa Yearwood is a trauma-aware and trauma-sensitive journalist currently covering the U.S. housing crisis for the Economic Hardship Reporting Project. A former reporter for the Miami Herald, the St. Louis Post Dispatch and the Syracuse Newspapers, she has always written stories about people from populations that have been marginalized.