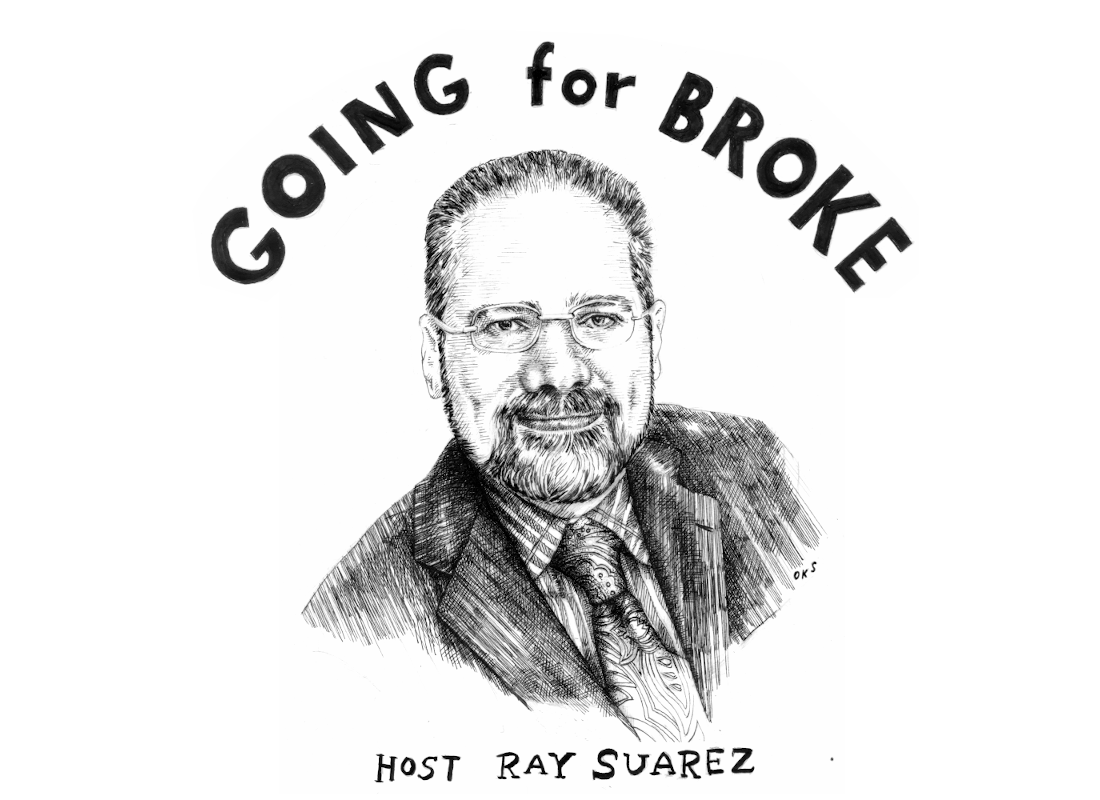 Going for Broke with Ray Suarez was recently named one of the 50 best podcasts of 2021 in The Atlantic. Here’s what Laura Jane Standley and Eric McQuade wrote about our podcast:

Google Ray Suarez and his extensive broadcast résumé will pop up: an Al Jazeera America host, a PBS NewsHour anchor, and the voice of NPR’s Talk of the Nation. And yet, when Al Jazeera shut down in 2016, Suarez, 59 at the time, couldn’t find work. He applied for positions and was beat out by people who were less experienced and younger than him. In this excellent new show, made in partnership with The Nation, Latino USA, and the Economic Hardship Reporting Project, he zeroes in on surprising stories of financial struggle. Some are from people rather like him who never thought they’d face poverty, such as a source who had studied to be a professor but was forced to take a job at a grocery store during the pandemic. Others share surprising accounts of the devastating side effects of financial instability. Suarez speaks to one person who experienced psychosis and trauma brought on by lack of sleep due to the conditions of being unhoused. But Suarez doesn’t just highlight hardships; he focuses on concrete solutions too. The show’s unexpected buoyancy allows listeners to engage instead of turning away from the people who are so often pushed to the margins.

Read the full article in The Atlantic here.

Profit at What Cost? An Interview with Ray Suarez, host of Going for Broke