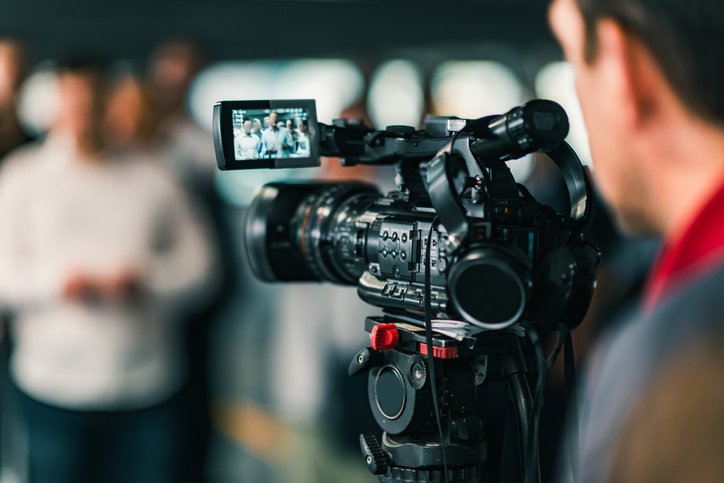 The Trouble with Experts

Context clues: In 2007, Jenny McCarthy, a former Playboy model, announced that her son had been diagnosed with autism; she published a book on the subject. Over the next few years, she appeared everywhere from The Oprah Winfrey Show to Frontline, claiming that vaccines can trigger autism—and her voice was amplified by the rise of first-wave mommy bloggers. The following report appeared in the July/August 2010 issue.

ACTRESS JENNY MCCARTHY’S FAVORITE LINE is, “My son is my science.” She’s an autism activist who insists that vaccines caused her son’s neurological disorder, a claim that has near-zero support in scientific literature. Years ago, she might have been dismissed as another irrational celebrity or passionate crank. But in the brave new world of “experts” online, McCarthy is more than that. In some corners of the world, she defines a debate, blotting out scientists who completely debunk her claims.

And then there’s Orac, McCarthy’s opposite number. Orac is the nom de blog of someone who writes that he is a “surgeon/scientist.” He’s another self-appointed autism expert but, unlike McCarthy, Orac attacks the vaccines-cause-autism set. He recently delighted in the downfall of a telegenic anti-vaccine doctor in England, for example, who finally lost his license. We, the audience, don’t know who Orac really is, although he has taken on a leading role as a debunker of the autism-vaccine link.

As long as I can remember, “the expert” arrived through news articles, inevitably a guy at that smart-sounding think tank, a famed professor of social science, a renowned author. The expert quote arrived toward the second half of most pieces, wafting out of some glorified institution, as iconic and predictable as Colonel Mustard in the board game Clue.

Structurally, the expert quote is supposed to act as the inarguable voice of reason, getting rid of any doubt left in our minds or splitting the difference between extremes. As the poet Philip Larkin writes of such voices, “Ah, solving that question / Brings the priest and the doctor / In their long coats / Running over the fields.”

But the mystique around expertise has always troubled those who bothered to think about it. The philosopher John Dewey expressed irritation over the unquestioned expert a long time ago, chiding that experts were but “a class” with “private interests and private knowledge.” As the British critic Adam Phillips writes in his book on the nature of expertise, Terrors and Experts, expertise carries with it some troubled assumptions—that “because a person has done a recognizable or legitimated official training they are then qualified to claim something more than that they have done the training.” Phillips points out that it is almost always a feeling of uncertainty that drives the non-specialist—the reader, the patient, the investor—into the arms of experts.

For journalists, this uncertainty is at the center of every traditional news story. Journalists have long gathered expert quotes, secretly hoping to have our angles confirmed and our fears of imposture put to rest. But also because many journalists believe there’s a Platonic truth out there, a definable explanation for everything under the sun—and the experts can tell us what that is.

But with the rise of the Web, as well as changing ideas of authority in general, “the expert” has come to mean something different from what it once did. There’s the rise of what the Brits call “experts by experience”—people like Jenny McCarthy, and also like Orac—who have emerged online because they write well and/or frequently on their subjects, rather than becoming an expert by acclamation of other experts or because of an affiliation with a venerated institution. The worst part of all of this is the thicket of false expertise available on the Web, mistaken by Google-search enthusiasts or, sometimes, naïve reporters, as real expertise. These fauxperts are not entirely new, but not many years ago they had a somewhat harder time getting their point of view presented as coming from an “expert.”

This change in the way we think about expertise stems from a few sources. The first is a weakened trust in institutions or companies or government. Some contend this started in the 1980s and 90s, though, as measured by the Edelman Trust Barometer, trust took a serious dip in 2007. The second is due to what Net brainiacs call “disintermediation,” or the disappearance, due to the Web, of the grinning middlemen who previously connected one institution to another. In the case of journalism, a perfect example of “disintermediation” is that experts used to be mediated and selected by journalists, but now experts themselves may well present their expertise online, like Orac, or the twenty-three-year-old hurricane blogger Brendan Loy, a self-described “weather nerd”  in Indiana who predicted Hurricane Katrina days before it occurred, yet another “expert” emerging from the crowd without the usual vetting or filtering.

This is a two-sided thing. On one hand, it’s great that an expert can go straight to the people. On the other, if that expert is an autism-vaccine connector or a climate-skeptic blogger like Anthony Watts, whose claims have been disputed by scientists, it’s pretty clear that mediation is needed. But who should the mediator be?

Dave Winer, a visiting scholar at New York University’s Arthur L. Carter Journalism Institute, would say no one. He has argued that experts and amateurs with expert-level knowledge should go directly to readers rather than relying on journalists as mediators. He calls it “Sources Go Direct.” (So direct that Winer dislikes being quoted by journalists, as an expert or otherwise.) “The sources who no longer trust the journos, or aren’t being called by them . . . are going direct,” he has written. “This is what replaces journalism.” I see Winer’s logic. If people want expert opinions on film, they might well look to the Internet Movie Database’s flock of amateur reviewers. These IMDBers are true film buffs. Their often expansive, obsessive reviews should be part of a new definition of expertise, a place beyond the ordered (and American-centered) ornamental gardens of New Yorker reviews.

I spoke to some people who are trying to make sense of this dilemma—call them experts on expertise or institutional authorities on the end of institutionalized authority—and they were helpful, as experts often are. Most of these people were interested in making more space for a kind of expert-journalist who improves upon our previous incarnation as jolly generalist. (For an insightful essay on the need for journalists to report their way toward their own expertise, click through to Brent Cunningham’s “Re-thinking Objectivity” from the CJR archives and fork over the $1.99 to download it.)

I imagined that many of the up-to-the-minute digital journo types I knew would cast a cold eye on experts and the need for journalists as intermediaries, choosing Web-enabled amateurs over the authorities that have so damaged themselves in the last decade—the experts championing failing wars, for instance. Nicco Mele, who once ran Howard Dean’s Internet campaign and is a lecturer at Harvard’s Kennedy School, sounded happy when he said that “classic institutions are fading as arbiters of expert reputations” and Google, Twitter, and Facebook are taking their place.

But Dave Cohn, the founder of Spot.us, had a more complicated take. A Web community may revolt against traditional experts and anoint its own, based on a different criterion of expertise, he says. But this Web community can be even more capricious in how long a person gets to be a community expert. It can “redact a positive opinion of you. It’s sort of like getting fired,” says Cohn.

I expected Jonathan Zittrain, author of The Future of the Internet and How to Stop It and a professor at Harvard Law School (Harvard expert, natch!), to be another specialist who might support specialists going direct. But Zittrain also expressed a concern over the unsorted expertise on the Web. That problem is the “epistemological paralysis,” as he put it, or the entropy that sets in when we aren’t guided by filtering voices on the Web—what others have called “filter failure.” One unsatisfactory cure to this problem is the emergence of filtering voices that only speak to the most fragmented audiences—“getting silo-ed,” as Chris Mooney, the science blogger and co-author of Unscientific America, put it, or “broken into little partisan herds.”

“A reader wants some trusted source to break it down for her: a domain expert with a blog and a Rolodex, who happens to be eager to draw upon further experts,” says Zittrain. “Cacophony cries out for intermediaries, to hold politicians accountable or to give readers the sense of an environment that they can’t personally see or touch.”

When journalists are generalists, they rely, often uncritically, on outside experts for specialized thinking. They are famously able to immerse themselves in a fresh subject and report back. But they carry with them their ignorance of the area’s debates and politics. Hyper-specialization of most subject areas has made this guileless, mediating journalistic model somewhat uncomfortable.

But maybe journalists can get better at locating experts. “Journalists have to understand the difference between expertise and authority, and to question the categories,” says Clay Shirky, a professor at New York University’s Interactive Telecommunications Program and author of Cognitive Surplus. He offers a dark example: “A lawyer knows just as much the day after he is disbarred as the day before, but his authoritative status has changed. Journalists need to separate credential-based expertise from actual authority.” Journalists might “try for a richer set of calculations” about authority, Shirky suggests.

By abandoning the assumption that gold-plated credentials equal expertise, the press might even change history. Could journalists have helped to take down, say, Bernie Madoff before the feds did if they had questioned the SEC’s experts more? Shirky wonders.

And then there’s the chance that authentic experts (not necessarily credentialed experts) could become journalists of some kind. It’s happening already. Take the flock of professor-bloggers masticating the news on the Foreign Policy Web site or economist bloggers like Tyler Cowen. There are journalists who have become experts via either peer or crowd review—like Laurie Garrett, a reporter who focused on public health and foreign policy until she became a Senior Fellow for Global Health at the Council on Foreign Relations, or the omnipresent Nate Silver, who combines his knowledge of polls and statistics with a journalistic role as generalist information curator with star-making aplomb. To cheaply paraphrase Isaiah Berlin, journalists can’t all be clever hedgehogs, but perhaps some generalist foxes can start growing some quills.

Alissa Quart is a former CJR columnist and contributing editor who is now the executive editor of the Economic Hardship Reporting Project, a journalism nonprofit devoted to covering inequality. The author of four nonfiction books and two poetry collections, she has also contributed to the New York Times, The Guardian, and the New York Review of Books, among other publications.