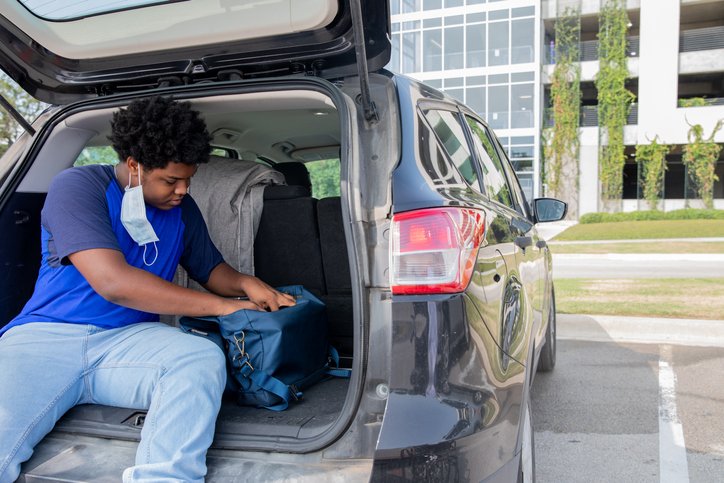 When Bria Burris became unhoused while attending Milwaukee Area Technical College (MATC), her only option for keeping herself and her two children in school was to drive about 100 miles each way to stay with her partner in Chicago. She would wake up each weekday at 4 a.m. to get them to school at 7, sleep in the college parking lot until 9, go to classes and her internship, and then drive everyone back. When her tires gave out, she had no spare cash to replace them.

She applied for help from the college’s Faculty and Students Together (FAST) Fund, a program run by the school’s faculty union that provides emergency funds to students to help them stay enrolled. Students apply through a simple form, and they are often able to receive help within forty-eight hours.

Her school’s FAST fund has grown from a $5,000 seed grant in 2016 to include a $2 million donated endowment today, according to Michael Rosen, the fund’s former head. The fund has helped 1,729 students stay in classes.

“We have the blueprint to do it, which can be applied to almost any campus,” Rosen says.

This fall, the American Federation of Teachers, which represents many college faculty members, gave a $100,000 grant to create and support such funds, which are now offered at thirty colleges and universities across the country. They are administered through a nonprofit, Believe in Students, which was founded by Sara Goldrick-Rab, a sociology professor at Temple University who studies basic needs insecurity among college students. The nonprofit has worked with faculty members to distribute more than half a million dollars in emergency grants, according to its executive director, Traci Kirtley.

A December study of the FAST Fund at MATC shows that 93 percent of surveyed students who received emergency grants remained enrolled, transferred to another college or university, or graduated from the college. Another study of Compton College students in California who received modest amounts of swift, stigma-free emergency aid, found that they were twice as likely to graduate.

Nearly 60 percent of U.S. college students reported struggling to meet basic needs—including food and housing—during the past year, with Black and Latinx students both more likely to need aid and less likely to get it. State funding for public higher education has decreased, as has federal support.

Forty years ago, a Federal Pell Grant would cover 75 percent of the costs of attending a public university, but now it covers only about 30 percent. Increases in the cost of living and the loss of jobs during the pandemic have put students in additional financial peril.

In two-year schools, which around 40 percent of all college students attend, half of students live below the poverty line, yet many can’t qualify for food stamps or other public benefits because of their student status.

Financial strains disproportionately challenge students who have children, who make up 20 percent of the national student population. A nationwide survey of 32,560 parenting students by the Hope Center for College, Community, and Justice found that nearly all single Black and Latinx students with young children endure basic needs insecurity; and that Black fathers struggle significantly without adequate attention or support.

One student parent, Nicole Christian, who needed just $450 to cover an outstanding tuition bill at MATC, has served as the student representative on the FAST Fund’s board and is floored when she reads applications from fellow students living in their cars, even with a child, but maintaining good grades.

“They’re still coming to school every day like nothing’s wrong,” she says, yet they ask only for a $50 gift card to cover groceries. Staff at the Fund can refer such students to housing or legal help.

The faculty members running such funds are glad to offer solutions to struggling students.

“When you ask a student, ‘Why are you not doing your work, are you OK? Why are you sleeping in class?’ and they tell you they’re living in their car, or very rarely they will admit they’ve not eaten in a while, or they don’t have a place to take a shower, or they’re couch surfing, you kind of feel completely helpless,” says Sarah Garman, head of the new FAST Fund at Miami Dade College, one of the largest colleges in the country.

“To get students to persist, we need to address all the factors in their lives, and for lower socioeconomic status students, to ignore that part of their life makes no sense,” she adds.

The funds encapsulate how professors care and are invested in their students’ success, says Elizabeth Ramsay, president of the United Faculty of Miami Dade College. “Faculty really do have the closest connections to students, the very best opportunities to understand the obstacles they may face and the needs they have.”

At the University of Illinois at Chicago, Celeste Januszewski, chair of the FAST Fund committee, can see the direct relation between receiving an emergency grant and school performance.

“With the stress of not making your rent that month, how are you supposed to concentrate on your classes?” she says, then reads aloud from some student applications:

I’m a single mom, I’ll have to be forced to find another job to make my rent payment, this money would be an enormous relief and allow me to focus on school.

The debts hanging over my head have me working and not prioritizing school, and causing me to fall behind.

Even though it’s a small amount, it’s a large amount for me.

Sometimes, a small grant is all a student needs to secure employment with the skills gained in college. At Western Wyoming Community College, for example, the FAST Fund helped several students, some of whom were veterans, to obtain modest funds to cover the physicals and licenses they needed before they could start working with the commercial driver’s licenses they had earned in college.

Many students applying for emergency funds are the first in their families to attend college. “They’re trying to improve their lives, and their family’s lives, and break the cycle,” says Stacie Lynch-Newberg, a professor on the Wyoming school’s FAST Fund committee, which has distributed $21,839 since 2019.

That’s true for Bria Burris, thirty-one, who graduated from MATC in 2020 with a 4.0 grade point average, the first in her family of eleven children to get a college degree. She now works as a case manager at an agency that helps people find housing.

“To show my kids that it’s possible, is huge,” she says. “I’m putting myself in a position to help those who just need those chances, opportunities like I myself had. It’s a huge reward, that I’ll be financially stable for my children.”

Tina Kelley is the co-author of Breaking Barriers: How P-TECH Schools Create a Pathway from High School to College to Career and Almost Home: Helping Kids Move from Homelessness to Hope, as well as four books of poetry.

Co-published with The Progressive. 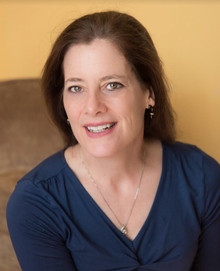 Tina Kelley is the co-author of Breaking Barriers: How P-TECH Schools Create a Pathway from High School to College to Career and Almost Home: Helping Kids Move from Homelessness to Hope, as well as four books of poetry.