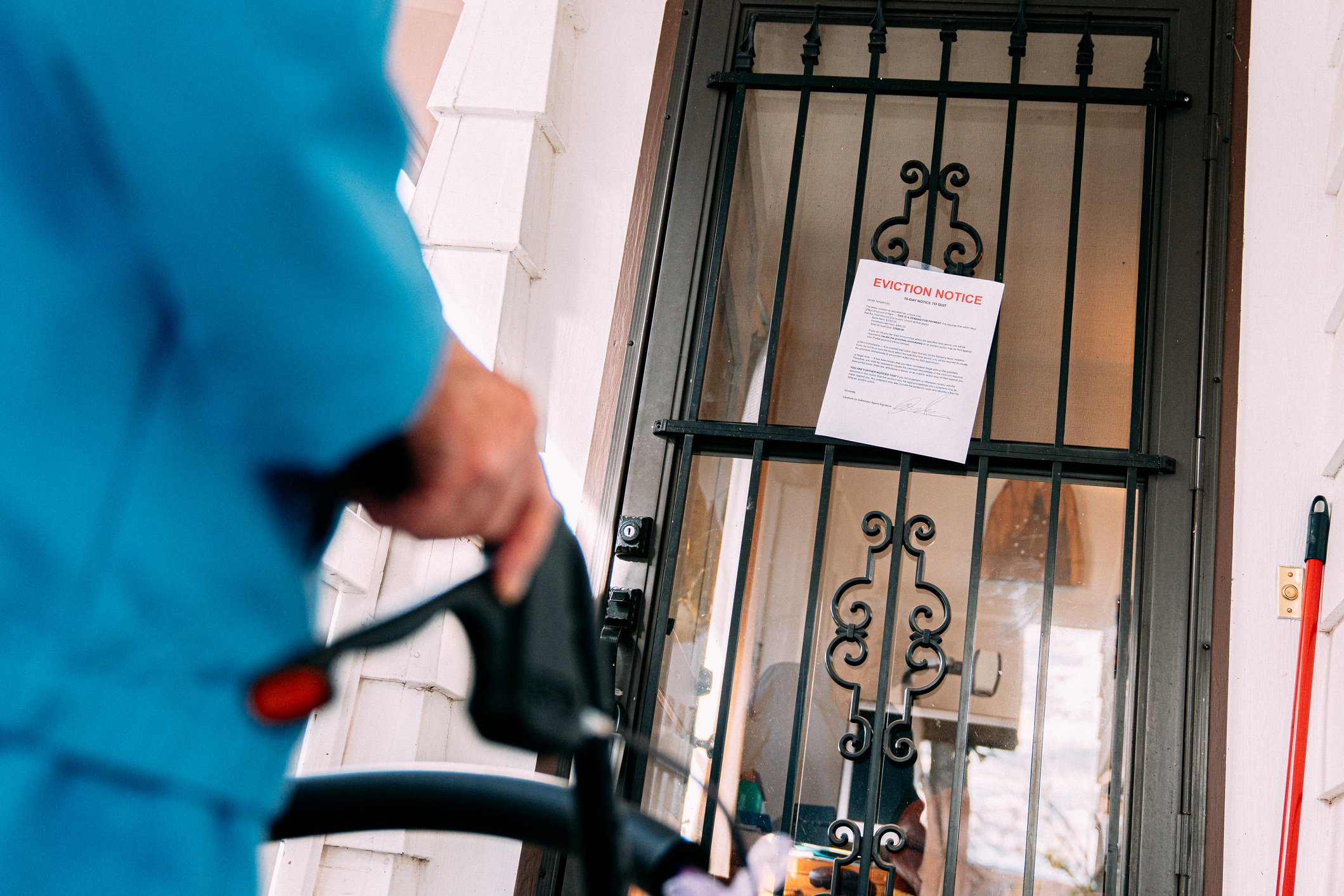 The following was supported by funding from The Economic Hardship Reporting Project and was reported by The Utah Investigative Journalism Project in partnership with the Salt Lake Tribune.

In 2021, a spokesperson for the Department of the Treasury was surprised to learn that Utah was using federal Emergency Rental Assistance (ERA) money to pay landlords’ legal bills for evicting renters.

The majority of ERA funds help pay overdue rent, keeping people housed after they were impacted by COVID-19.

States, counties and cities also got Housing Stability Funds to help with other relief, like housing counseling.

The Treasury indicated that Housing Stability Funds provided to each assistance recipient could be used for legal costs related to evictions. The department, which administers the program, intended such legal fees were for defending against evictions — not paying landlord attorneys for the costs of evicting renters. But that’s how the funds were being used in Utah.

New guidance released in early May clarified the Treasury’s position.

“Any legal fees associated with proceedings that create housing instability (e.g., fees charged by the landlord or the landlord’s attorney to evict a tenant) will not be paid,” the guidance reads.

The guidance comes as a relief to housing advocates who hope the state Department of Workforce Services (DWS) will now direct these funds to places the Treasury has already indicated are areas where money can be spent, like providing housing counseling for seniors, persons with disabilities and other marginalized groups.

For Christina Oliver, the housing and community development director for DWS, however, the new guidance is a “disappointing” setback.

Clearing eviction debt is an important service to renters, she said — one that can make a crucial difference in assuring they are sheltered.

“If [renters] have an eviction on their record and owe attorney fees and the like, then that makes it difficult to go gain new housing,” Oliver said.

In 2021 the Utah Investigative Journalism Project received documents showing DWS spent more than $183,000 on landlord legal bills and had not used Housing Stability Funds for any other purpose.

Multiple renters said that when facing evictions from the Law Offices of Kirk A. Cullimore, they were told they had to agree to leave their rental units in order to receive rental assistance. These tenants complained the Cullimore firm was cashing in on federal funds and evicting them at the same time with hardball tactics.

The Cullimore firm is the state’s leading filer of evictions and has powerful political connections. Firm principal Kirk Cullimore Jr., son of the business namesake, is a leader in the state Senate and the firm boasts that it “directly wrote” most of Utah’s landlord-tenant laws.

Stone Kalt remembers the feeling of relief when he thought that Emergency Rental Assistance funds would keep him and his wife and two kids under their roof last fall. He was months behind in their rent and was hopeful when the Cullimore firm began helping him to file for federal aid.

The firm gathered its paperwork and processed the application. At the end of September, Kalt called the office to check in and make sure everything had gone through.

But he says the law firm told him, “You guys are supposed to be out by tomorrow.”

Like other renters, he discovered he had unwittingly signed a stipulation agreeing to leave their housing in order to receive rental assistance.

The family lived in a motel for a month before finally moving into a friend’s basement.

“These guys kind of destroyed my life,” Kalt said of the Cullimore firm.

The Cullimore firm did not respond to a request for comment about Kalt’s case.

‘Everything is on the table’

As of May 31, DWS still had $105 million in ERA funding available and has $6.3 million remaining that can be used for Housing Stability Fund projects.

The largest bucket of ERA money is directed toward funding renters, processing applications and administration of the relief program. Smaller amounts are set aside for Housing Stability Fund projects meant to provide counseling, eviction legal defense and other resources.

DWS paid community action groups $36,099 from Jan. 1 to April 30 this year for outreach to sign renters up for ERA aid. During the same period, records show, it paid out $291,069 to cover landlord legal bills for evictions. The six community groups still have contracts for the year combined worth over $1 million dollars.

Interviewed in the summer and fall of 2021, DWS officials indicated possible plans to spend funds on other uses besides landlord legal bills that might even include refugee resources, given the tumultuous pullout of U.S. forces from Afghanistan that year. Now the department — restricted from paying landlord lawyers as it had been — is keeping its options open.

“Everything is on the table for us, we’re absolutely willing to help anybody,” Oliver said.

For Francisca Blanc of The Utah Housing Coalition, it’s exciting to hear Treasury has made its guidance abundantly clear to Utah’s DWS.

“The whole point is to keep people housed and not pay eviction attorneys,” Blanc said.

The Housing Coalition is also hopeful some of the money could now be redirected to expunge old eviction records as permitted by a new state law (HB 359). The measure passed in this year’s legislative session is way to help renters get into more secure and stable housing.

HB 359 was sponsored by Rep. Marsha Judkins, R-Provo, and was co-sponsored by Cullimore. However, a last-minute compromise made it so only evictions that had been dismissed or had a judgment entered as of July 1, 2022, would be automatically expunged. Older evictions could still be expunged, but only if the renter filed a petition and the landlord did not object.

Tara Rollins, Director of the Utah Housing Coalition, hoped the legislation would do more to facilitate the expungement of older eviction records. However, such provisions would have required a fiscal note on the legislation that might have jeopardized its passage. Now she is hopeful federal funds which the state had previously used to pay landlords’ eviction legal fees could help the state courts create a system to help with the expungements.

“There is no process in place currently,” Rollins said. “The courts have to establish a process, which means they need money.”

If you or someone you know is facing the eviction process please consider visiting evictedinutah.com to find info on legal, financial and other help available. If you would like to support more reporting like this please consider making a donation at utahinvestigative.org/donate.

Co-published with The Utah Investigative Journalism Project and The Salt Lake Tribune.