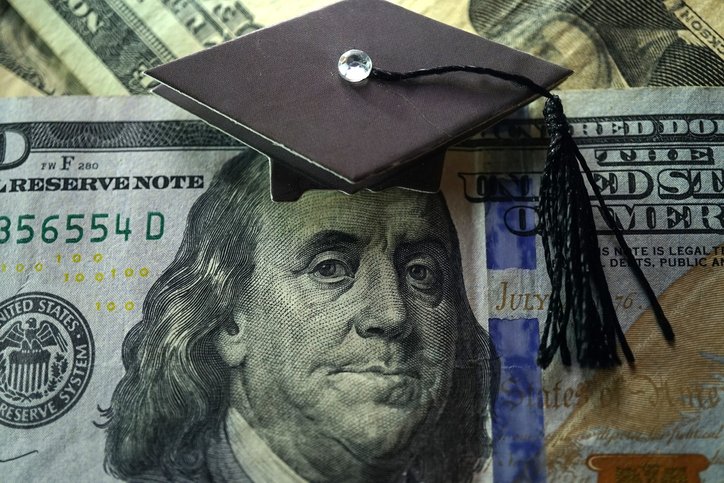 Two major student debt stories have hit the headlines in recent days. First, the Department of Education announced that it is canceling $58 billion in loans held by 560,000 former students of Corinthian Colleges, Inc, a for-profit college chain that lied to and defrauded low-income students. Second, news outlets reported that President Biden is close to announcing a plan to cancel $10,000 in student loans for individual borrowers to address the $1.7 trillion crisis. This relief will likely be means tested—offered only to those earning less than $150,000 per year.

What most people don’t know is that these stories are intimately related. As a cofounder of the Debt Collective, a union for debtors, I collaborated with former Corinthian students to launch the first student debt strike in US history in 2015. Strikers refused to pay their loans and submitted applications for relief via a then-obscure law called Defense to Repayment that provided a path to cancellation for borrowers whose schools had broken the law. Strikers demanded that the federal government eliminate their debts, shut down for-profit schools, and make public colleges free for all. They forced Obama’s Department of Education to cancel some loans and proved such formidable opponents to Trump’s secretary of education, Betsy Devos, that a judge held her in contempt for continuing to collect their debts. If Biden cancels student loans this year, it will be largely because the Corinthian campaign put the issue on the national map.

But there is a further lesson to be drawn from the connection between two headlines. The story of how two former Corinthian students fought for relief with dramatically different results shows how the attempt to target social policy to the “truly” deserving often disproportionately harms those whom the benefit is intended to help.

After his high school graduation in 2008, Nathan Hornes moved to Los Angeles to start a music career. Instead, he found himself stuck in fast-food jobs. He saw a commercial for Everest College, a branch of Corinthian. One day he and his sister, Natasha, took the bus to the Ontario campus where a recruiter convinced them both to sign up on the spot.

Almost from the start, the pair suspected something was wrong. Even though the school was nationally accredited by two organizations recognized by the Department of Education, the classes did not seem serious, and college officials pressured them to sign documents they didn’t understand. Soon the reality of the situation hit like a punch to the face. Neither was able to find jobs in their fields after graduation, because the school had a poor reputation and employers knew it was not providing students with a real education. Nathan, who was now $60,000 in debt for a diploma in business, went back to fast food, and Natasha, who owed $28,000 for a paralegal degree, worked in a grocery store back in their home state of Missouri. Determined to fight, the pair led a debt strike as members of the Corinthian 15.

The Hornes had reason to hope that Corinthian debts would be wiped away as a result of their activism, which was backed up by mountains of evidence that the school was corrupt. The Senate, which had been investigating the school since at least 2012, documented numerous violations of federal regulations including exaggerating job placement rates and falsifying the employment records of graduates. In 2013 then–California Attorney General Kamala Harris sued the school for false advertising.

Other federal and state agencies investigated Corinthian for aggressive recruitment practices and for altering students’ grades and attendance records to keep federal money flowing. In 2014, the Department of Education began threatening the school with a shutdown. Once the strike launched, federal officials claimed to be on the side of borrowers. Secretary of Education Arne Duncan said he was committed to doing right by former students. Instead, his office placed a series of obstacles in their path, including appointing a “Special Master” to review debtors’ claims one at a time. To borrowers, this was a baffling response to a fraud that had impacted hundreds of thousands of people from coast to coast.

The harm caused by the delay was immense. Debt collectors working on behalf of the government can garnish wages, offset tax returns, and ruin credit scores. Collectors can even seize a portion of a debtor’s disability or Social Security benefits.

Obama administration officials imposed another hurdle when more accusations of fraud forced the colleges to close for good. Individuals had to fill out paperwork affirmatively attesting that they had been attending the school when it closed. Those who didn’t fill out the form because they didn’t know about it or didn’t have access to a computer were left in debt.

Borrowers who had left Corinthian prior to the closure were also burdened by bizarre requirements. For example, the Department determined that a branch of Corinthian had lied to students enrolled in a Criminal Justice program in West Los Angeles. But only those enrolled from July 2013 to September 2014 were eligible for loan relief. There were many similar cases of cancellation granted to some and not others. Through all of this, the Corinthian activists demanded the only practical solution: an immediate, automatic, group-wide discharge of all Corinthian debt, no applications required. They were told this sensible solution was pie-in-the-sky.

Then Trump won the election. Betsy DeVos refused to cancel the debts of borrowers who had already been deemed worthy of relief. Lawyers at the Project on Predatory Student Lending sued the Department to ensure that the handful of discharges approved in the final days of the Obama administration were actually processed. In 2018, Nathan Hornes received word that his loans were gone. His sister was not so lucky. Inexplicably, Natasha kept getting collection calls, and her taxes were offset to pay her defaulted debts.

The different results experienced by the Hornes siblings demonstrates what individualized, application-dependent programs can feel like to the people they are intended to serve. Requiring that people meet arbitrary requirements, fill out forms, and prove their eligibility is incredibly difficult and demoralizing. For every Nathan who accesses a benefit, there is a Natasha who doesn’t. The reasons are rarely clear.

To make matters worse, these administrative barriers are often justified using the moral language of helping the most vulnerable. Though Corinthian borrowers experienced the process of proving their eligibility as unfair and punitive, they kept fighting. Former enrollees in the for-profit institution ultimately filled out more than 150,00 claims for relief by 2019. The recent news that the department has finally granted automatic discharges with no application requirement shows that the strikers were correct all along.

There are lessons here for the broader issue of student debt cancellation. Should President Biden keep his campaign promise and cancel at least some debt for regular borrowers, it should be done without making debtors jump through hoops. Biden must abandon any plans to impose an income cap on those who get relief. (By law, the Education Department does not have access to borrowers’ tax data, and thus any attempt to means-test relief will require that borrowers submit an application and prove their income, ensuring in practice that millions of people will not get the debt cancellation they are legally entitled to.)

Canceling student debt as a universal benefit is good politics as well as good policy. Broad-based loan relief will dramatically reduce the racial wealth gap and disproportionately help women who hold two-thirds of student loan debt. There is no reason to make young people—many of whom, polls show, have soured on the Biden administration—scramble for debt relief. Labor unions have also come out in support of loan forgiveness with no income limits.

The smart move is for Biden to follow the lead of the debt strikers, learn from the Corinthian fiasco, and not repeat the mistakes of earlier administrations. He should use his executive authority to cancel student loans for everybody with the stroke of a pen. Then he should instruct Congress to pass a law making public college free, so future generations are not burdened by unpayable loans. Simple and highly effective. Imagine that.

Ann Larson is a writer and activist focused on education, debt, and low-wage work. Her writing has appeared in The New Republic, The Chronicle of Higher Education, and other publications. 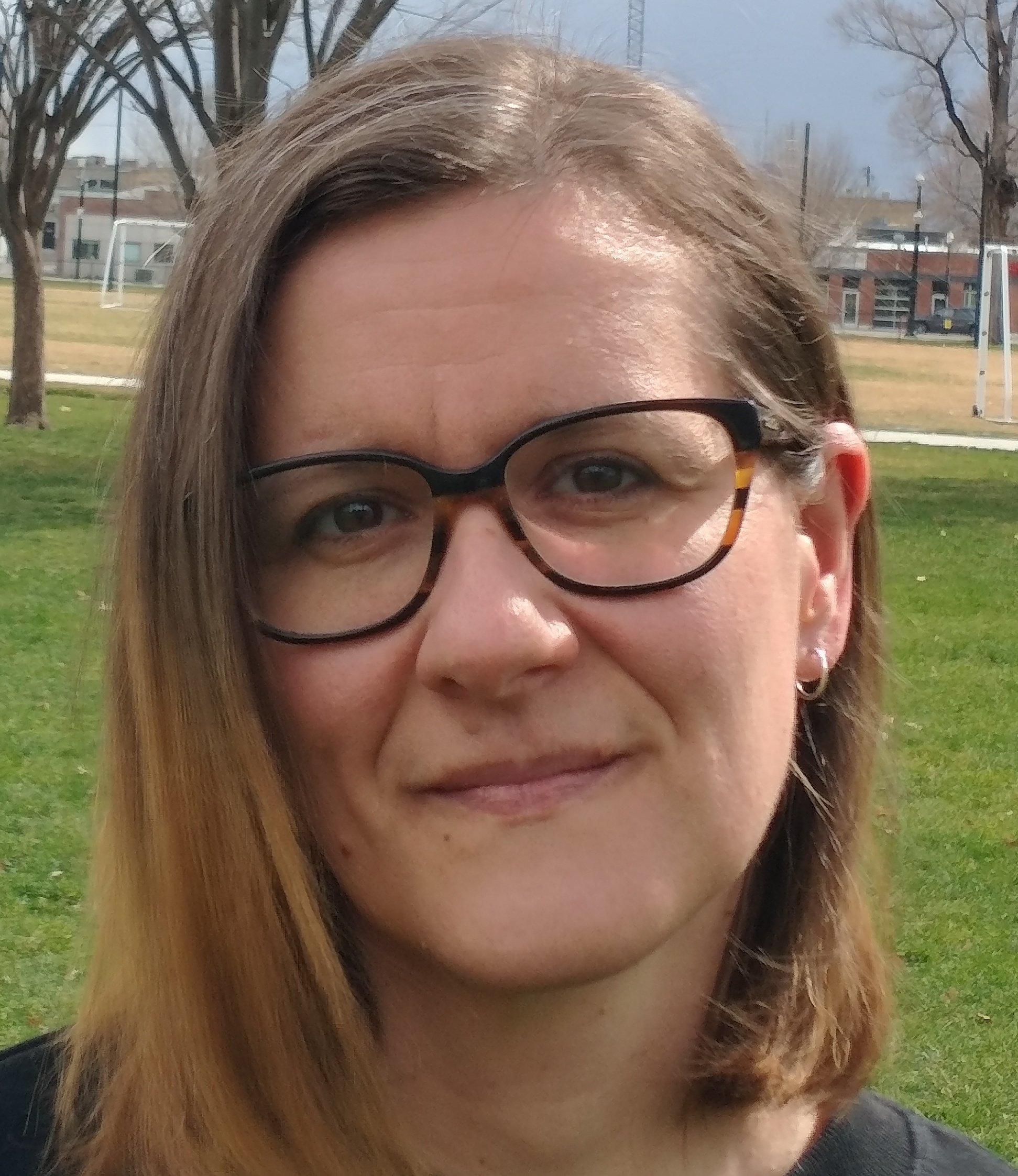 Ann Larson is a writer and activist focused on economic justice. Her writing on education, debt, and low-wage work has appeared in the New Republic, the Chronicle of Higher Education, and the Los Angeles Times, among other publications. She is co-author of Can't Pay Won't Pay: The Case for Economic Disobedience and Debt Abolition and has given many invited talks on debtor activism, including at Brooklyn College, Western University, UCLA, and Harvard Law School.