Downtown Mason, West Virginia, on the morning of the 2016 election. Photo by Stacy Kranitz
Culture

ONE OF THE PHRASES that most offends Heather Bryant, a former reporter and director of the Tiny News Collective, is “unskilled worker,” variations of which are easy to find in day-to-day media coverage. To Bryant—who grew up in “deep, deep poverty” in rural Missouri, and whose family experienced the sting of stigmatizing coverage—such phrases simultaneously take the dignity out of work and normalize class prejudice, implying that people who work demanding jobs are underpaid for their labors because they are lacking in skill. The insinuation of this idiom is that “skill” is narrowed and reduced, for instance, to jobs that require a college degree, the lack of which might be an alibi for an employer to pay a worker an exploitative wage. “If the job provided no value in the grander scheme of things,” Bryant says, “it wouldn’t exist.”

The idea of some workers being “unskilled” is part of a media industry mindset that, Bryant believes, limits who reporters interview, and to what end. “We should be talking to people across a wide spectrum of circumstances,” Bryant says, and quoting such sources “for stories beyond the coverage of their specific circumstances, because they all have different, valuable perspectives on any issue.” Instead, working-class and financially stressed people are often featured in coverage that otherizes or minimizes them. Sometimes it can even imperil them. For instance, the only time Bryant’s mother appeared in the local news, Bryant says, was via her “birth announcement, a handful of police blotter entries, and the obituary I wrote for her.” Bryant recalls her own worry when, one day, the local paper published the address of her grandmother, with whom Bryant lived at the time, in the police blotter. The news media, she says now, “had nothing useful to offer anyone in our situation.”

Her family’s treatment by local news purveyors mirrors some of the most reflexive and damaging ways the media overall can represent class. In addition, this kind of coverage can alienate from the profession the very reporters who might do better. “Poor people get poor information, because income inequality generates information inequality,” James Hamilton, a media and economics scholar, and Fiona Morgan, a researcher and consultant, write in a 2018 paper. “People with low incomes are less likely to be sought out by many advertisers, spend money on subscriptions, participate in politics as voters”—a dynamic that results in “less content meant to aid their decisions or tell their stories.”

As a new recession looms, our industry would do well to at least start to correct its legacy biases around coverage of poverty and class. Otherwise, our practices might continue to afflict the afflicted.

Reimagining the language we use, though just one part of a larger set of necessary fixes, is an obvious starting place. Shifting language may strike some journalists as petty. It shouldn’t. Reporters and editors should check their habitual use of words like “unskilled” or “low skilled” to describe workers. (As the AFL-CIO, a leading labor union, recently noted on Twitter, “All work is skilled work.”) Journalists might also consider person-first language, which resists conflating a person’s identity with the conditions that shape their lives—“experiencing homelessness” rather than “homeless person,” or “living with addiction” rather than “addict”—in line with earlier rights movements’ language.

Other phrases don’t merely subject individual identities to their economic circumstances; they erase them entirely. “Curbside delivery” was commonly cited by news outlets during the pandemic as one recommendation among many for limiting exposure to covid-19. But as Ann Larson, an Economic Hardship Reporting Project fellow who worked for a grocery store during the pandemic wrote, she herself had provided “curbside delivery” work—the vulnerable person behind a person-less phrase.

Reproducing the parlance of commercial interests reveals that many journalists have led sheltered lives and had limited contact with those who have not. As Hamilton puts it, there’s a problem of “writing about rather than for working-class readers.” (Or, as he pithily put it in an interview, “There is no Wirecutter of low-income individuals.”) Such linguistic corrections offer a story’s subjects—or its audience—greater humanity and agency. They also thaw out frozen categories. As an editor, I now ask writers to forgo the phrase “lower income” and to instead use “financially stressed,” which addresses a wider swath of people and recognizes that economic scarcity is something people may weave in and out of.

“Financially stressed” is a sobriquet that also acknowledges the collapse of what used to be a more stable middle class. People might inhabit multiple economic or social positions during a lifetime—not a sign of class mobility, but instead a more dynamic, less circumscribed series of class switches that might be orthogonal or zigzagging. As Bryant puts it, “Economic hardship is not always a permanent thing.” In media coverage we like “very clear containers,” she says, “but class can be a mutable thing.”

ALTERING LANGUAGE is just one way to correct journalism’s more damaging class issues. Another is to adjust basic reporting practices. For instance, some reporters now choose to actively collaborate with less privileged subjects—even if the very approach flows against our age-old shibboleth of neutrality.

“I let my editorial strategy be that I let ‘the rabble’ in more as a collaborator,” Maximillian Alvarez, editor in chief of The Real News Network and a former temporary warehouse worker, says. “I give them the platform and the tools to report on their own struggles.” Alvarez recalls working twelve-hour shifts in that earlier position, where he helped supply big box stores with products like feather pillow inserts. At home, when he watched television news, he rarely saw people whose circumstances reflected his own, or those of his coworkers or family members. He has brought that perspective, he says, to his editing and also to his podcast, about working-class people.

Stacy Kranitz, a photographer and sixth-generation Tennessean who works in a rural town of five thousand people, composes images of Appalachians, often after spending months or even years with her subjects. Why? “The camera has done a lot of harm to people,” Kranitz told me. During a visit, Kranitz showed me her own hypnotic portraits along with a set of historical images of this population that revealed, to her, the creation of a more bigoted visual language. Her efforts also include avoiding clichés and stereotypes with the poorest white Americans, which include “dirty babies” and “any kind of image in Appalachia with Mountain Dew,” as she puts it.

Countering poor representation of working-class and financially stressed people may also require that reporters do something that goes against the grain of the feature article on a fundamental level. In other words, journalists must try not to rely on formulaic individual stories. Of course, the human-interest approach can get more reader attention, and is often more aesthetically appealing as well, but it has also been found to make viewers “hold the individuals portrayed as responsible” for their own condition, as Hamilton told me, citing a 1987 study coauthored by Shanto Iyengar.

Finally, rebelling against poor representation may require aggressively pushing back against editors’ assumptions—for instance, that financially stressed college-educated professionals (college adjuncts, say, or graphic artists) are choosing their lot, or, as an editor at a newspaper once put it to me, that anyone who wants a job can get one.

Likewise, outlets might reconsider the usefulness of condescending ostensibly feel-good coverage of poor individuals benefiting from, say, surprise cash giveaways. Bryant recalls a Washington Post story about a trash truck worker who got into law school—a story that contains some of the ingredients of the 1997 film Good Will Hunting, published by the paper in 2020. “A trash truck driver gets into an Ivy League college as if it’s a miracle,” Bryant says, “as if ‘dumb truck drivers’ could never do this!” Bryant, whose husband is a truck driver, has written about her colleagues’ reactions to learning about his work, which “make me wonder how badly our industry really lacks for people with more diverse socioeconomic backgrounds.”

We can change our coverage of class, she believes. I have a similar faith. But first we will need to become more aware. As Bryant says: “We are not going to get that good impact if we stay with the stories we already tell.”

Alissa Quart is the executive director of the Economic Hardship Reporting Project, a journalism nonprofit devoted to covering inequality. The author of five nonfiction books (including Bootstrapped, forthcoming in March 2023) and two poetry collections, she has also contributed to the New York Times, The Guardian, and the New York Review of Books, among other publications. 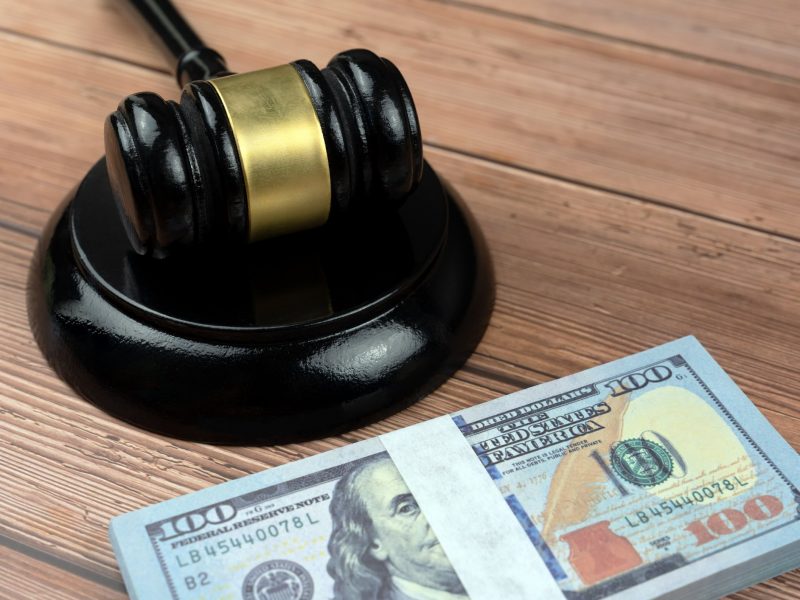 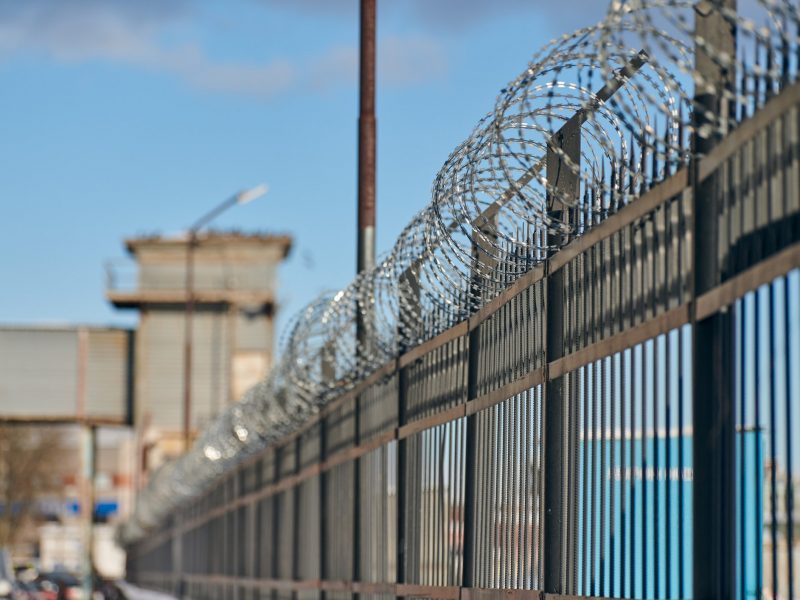 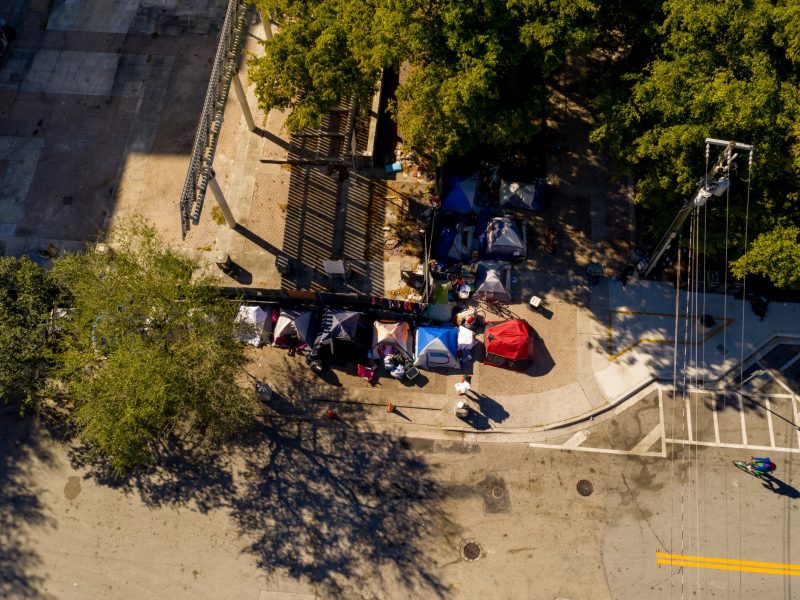 The Underground Economy of Unpaid Care