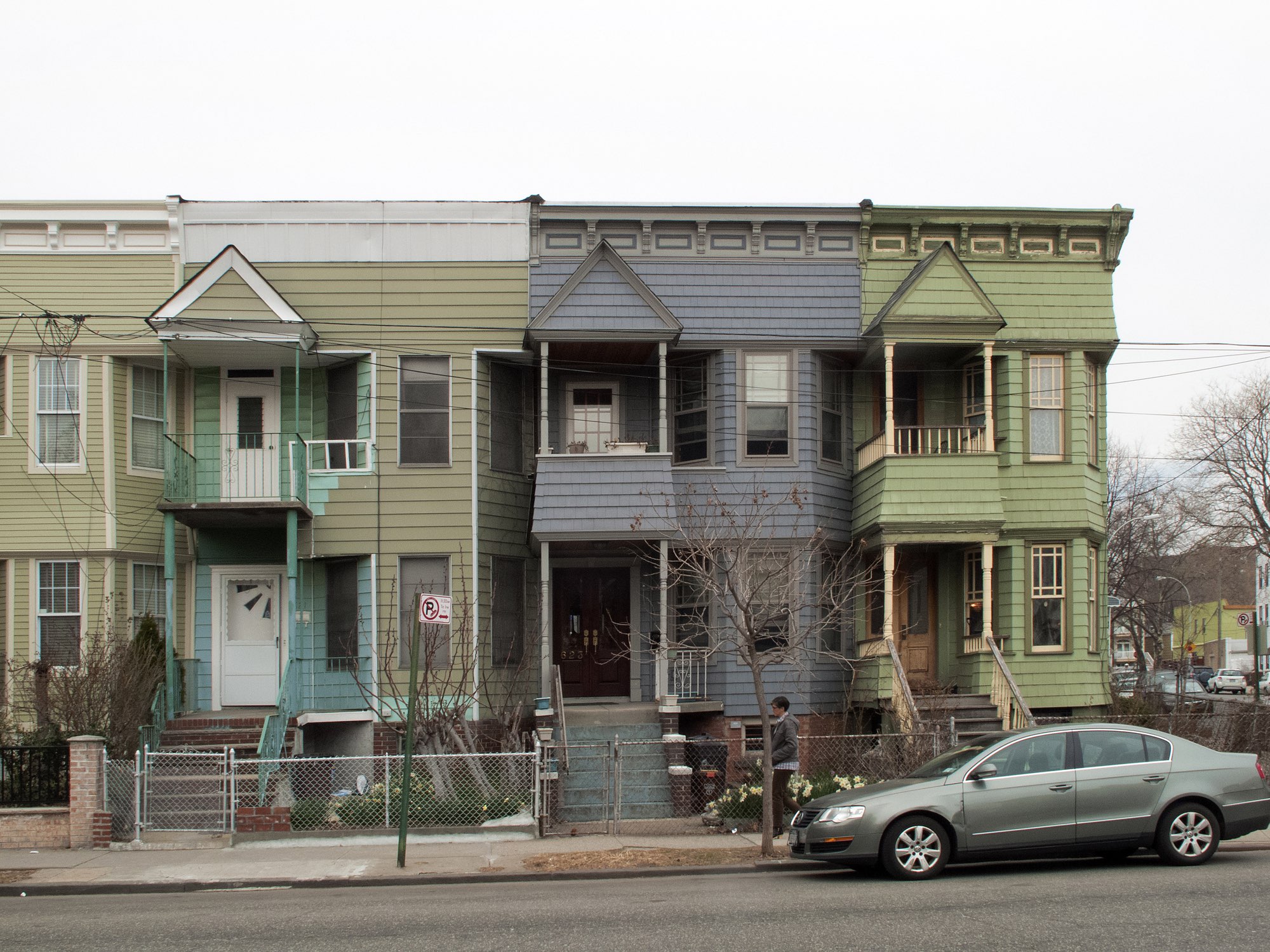 Pandemic-era protections aimed to slow down the eviction process have expired and could displace thousands of struggling, low-income Virginians in the coming months. Photo by Busà Photography via Getty Images
Housing

What the End of Rent Relief Means for Virginia Tenants

Judgments for back rent that will take years to settle.

Frantic searches for a new home in a historically tight rental market.

These are what Virginia renters are facing as federal aid for tenants at risk of eviction dries up and the state’s rent relief program winds down.

While still about half the pre-pandemic levels, the number of eviction filings across the state shot up by 88% between January and June, according to civil court data compiled and analyzed by the Legal Services Corporation. And now, pandemic-era protections aimed to slow down the eviction process have expired, as thousands across the state face the possibility of missing their next rent payment and sliding into homelessness.

The resurgence of evictions will displace thousands of struggling, low-income Virginians in the coming months, straining local governments and safety net providers who aid people experiencing homelessness at a time when rental housing is getting more and more costly, particularly for families, advocates say.

Since July 2020, Virginia’s relief program has paid out $939 million to keep roughly 144,500 renter households in place, according to figures provided by the state’s Department of Housing and Community Development (DHCD). The figures cover payments through Aug. 15, the most current data available, a DHCD spokeswoman said.

The largest share of the money went to renters in Richmond, with roughly 15,000 applications approved for $66.3 million, according to data provided by DHCD. Its neighbor, Henrico County, tallied the second highest sum, with 13,000 requests approved for a total of $65.9 million.

Three out of four of the households that have received assistance earn less than 30% of the area median income of their respective localities, according to data the department tracks. Roughly 40% of applicants who were approved for aid have children under the age of 8.

The program stopped accepting new applications in mid-May, citing “limited funding available and a recent surge in applications submitted.” In the final week the application portal was open, approximately 37,745 requests for aid were submitted, a spokeswoman for the department said. Some 10,000 applications were still pending as of late July.

“The program will remain funded and operational until all approved applications are paid,” said DHCD spokeswoman Alexis Carey. The department expects final payouts will be made by the end of summer.

What tenant advocates see as a budding crisis, landlords view as a return to normal.

“I’ve heard [advocates] talk about the eviction tsunami on the way and it’s never materialized,” said Patrick McCloud, CEO of the Virginia Apartment Management Association, which represents property management companies and landlords across the state.

The relief program was important early in the pandemic when job and wage losses were widespread, McCloud said. The funding was designed to keep people housed and limit the spread of the virus during the height of the worldwide crisis.

But McCloud said the state requirement to apply on behalf of tenants created an unfair burden for landlords, particularly as Covid concerns have waned.

He believes the program is at least partially responsible for “artificially inflating housing prices,” he said.

By limiting landlords’ ability to evict, lawmakers made already scarce affordable apartments even more so. Historically low vacancy rates since the onset of the pandemic have contributed to rising rents and worsened an affordable housing crunch in some corners of the state.

With the relief program ending and property managers “operating in a normal environment,” McCloud predicts rent increases will slow.

“The challenge I will ask any one of the advocates is: What should the normal level of eviction filings be? Housing is no different than a credit card payment or anything else; there is always going to be a percentage of people that don’t pay their bills. That’s just reality.”

In the first six months of the year, 34,411 eviction cases were filed across the state, according to data made available by the Legal Service Corporation’s Civil Court Data Initiative. In June alone, more than 7,600 cases were filed in Virginia, the third most of any month since the start of the pandemic.

However, the state’s year-to-date case count is still only about 44% of the pre-pandemic level. In the first six months of 2019, about 78,000 eviction cases were filed against renters.

Dockets were jam packed through the end of summer in Richmond and Hampton Roads, tenant lawyers and advocates say.

Wegbreit’s organization offers free legal assistance in five cities and 15 counties in central Virginia, including Charlottesville, Petersburg, and Richmond. In that swath of the state, roughly 3,000 eviction cases were scheduled in a four-week period spanning mid-July through mid-August.

In Hampton Roads, some 5,200 eviction cases were scheduled in a four-week span between early August and early September across the metropolitan region’s thirteen localities.

Renters’ fears were compounded by the expiration of pandemic-era safeguards enacted by state lawmakers designed to keep people housed during the pandemic. The safeguards slowed down the state’s speedy eviction process.

“When they expired, the safety net was kind of snatched from under folks,” said Del. Marcia Price, D-Newport News, who advocated unsuccessfully to make some of the protections permanent.

The protections lapsed as coronavirus cases began climbing across the state again, fueled by the most contagious variant yet.

Some renters applied for state relief before the deadline, but failed to receive aid quickly enough to stop a displacement, Price said. Some landlords waited the state-mandated 45 days and just moved on with the eviction,” she said.”

What percentage of renters facing eviction in the coming weeks have a pending relief application is unclear. So, too, is how long the state will continue settling delinquent balances, though tenant advocates and landlords alike expect the program to shutter any day now.

That worries Ms. Evans, who is facing eviction with her 20-year-old and 17-year-old children for whom she is the sole provider. She asked the Virginia Center for Investigative Journalism to be referred to by only her last name.

Evans recalled that she fell behind on her $950 a month rent for her two-bedroom apartment after her work as a massage therapist slowed down, she said. She applied for aid through the state program in January, but her balance has ballooned while she has waited for her application to be processed.

In June, her landlord filed papers in Henrico County General District Court to evict her. After seeking help through legal aid, her case was continued to early September. By then, she hopes her relief application will have been approved. If not, she fears she will become homeless.

With no money to cover moving expenses or a security deposit for a new apartment, an eviction would mean putting her possessions in storage, sending her children to live with her mother or moving to a hotel temporarily.

“I have no idea at the moment,” Evans said. “I’ve been trying to put the pieces together but I really, really don’t know.”

Rents rising steadily around the state

For families who get evicted, finding another place to live will not be easy.

An eviction judgment disqualifies tenants from consideration at many apartment complexes, further limiting their housing choices. For those who can find an apartment, they must come up with higher move-in costs and more competition for a dearth of affordable units.

Rents for two bedroom apartments have climbed 43% in Norfolk, 37% in Virginia Beach and 15% in Richmond from pre-pandemic levels, according to rental listing and services company Zumper.

Hampton Roads was listed as one of the 20 most competitive rental markets in the country this year, with an occupancy rate of 96% and an average of 16 tenants applying for each open unit, according to an analysis by Rent Cafe.

At the same time, inflation has driven up the cost of basic necessities like food and gas.

Those pressures are enough to buckle tight budgets, and have made it even more challenging for people who are precariously housed or living on a fixed income, said Richmond pastor Ralph Hodge, chairman of the interfaith organization Richmonders Involved to Strengthen Their Communities.

“They just can’t catch up at all,” Hodge said of what awaits renters when the relief program shuts down. “You know, even if they made more money that money would be swallowed up in the cost of living.”

Mark Robinson is a Richmond, Virginia-based journalist with more than a decade of experience.

Co-published with the Virginia Center for Investigative Journalism and WHRO. 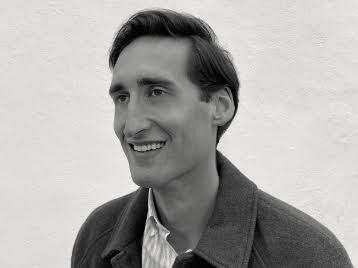 Mark Robinson is a Richmond, Virginia-based journalist with more than a decade of experience. Most recently, he covered evictions, homelessness and public housing for the Richmond Times-Dispatch, until the newspaper laid him off in February 2022. His work has won top honors from the Virginia Press Association in the feature series, in-depth reporting and breaking news writing categories.